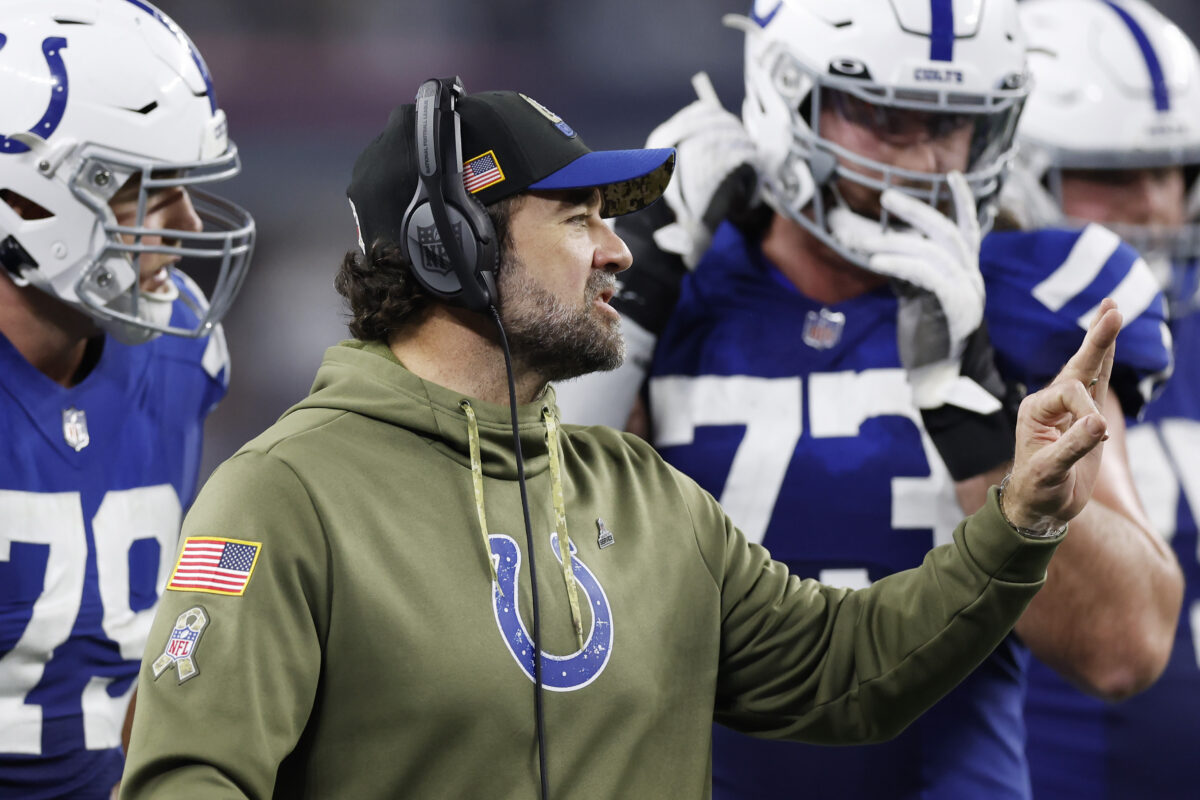 There has to be an explanation for why Colts interim coach Jeff Saturday left Matt Ryan in the game Sunday as the Dallas Cowboys clobbered Indianapolis, 54-19.

A punishment the way Saturday might have imposed if he had a wayward QB while coaching high school, his lone head job before being tapped by Jim Irsay to replace Frank Reich on an interim basis for the rest of 2022?

Saturday and Ryan had a talk when the coach took over and the veteran said he wanted to play after being displaced by Sam Ehlinger.

So, Saturday inexplicably let Ryan play through the second-worst mortifying moment of his career (see Falcons 28, Patriots 3 turned into Patriots 34, Falcons 28 for No. 1).

There were five turnovers that turned into five Dallas touchdowns.

Ryan threw 3 interceptions and lost a fumble. There were four consecutive drives that ended in turnovers.

There was a 33-point eruption by Dallas in the final quarter when the Colts were scoreless.

Through it all, Jeff Saturday inexplicably left Matt Ryan in the game.

It almost felt like Ryan was being taught a lesson as if he was sentenced to detention. You know, a consequence in which students are required to remain in a presumably undesirable place for a specified amount of time outside of school hours. 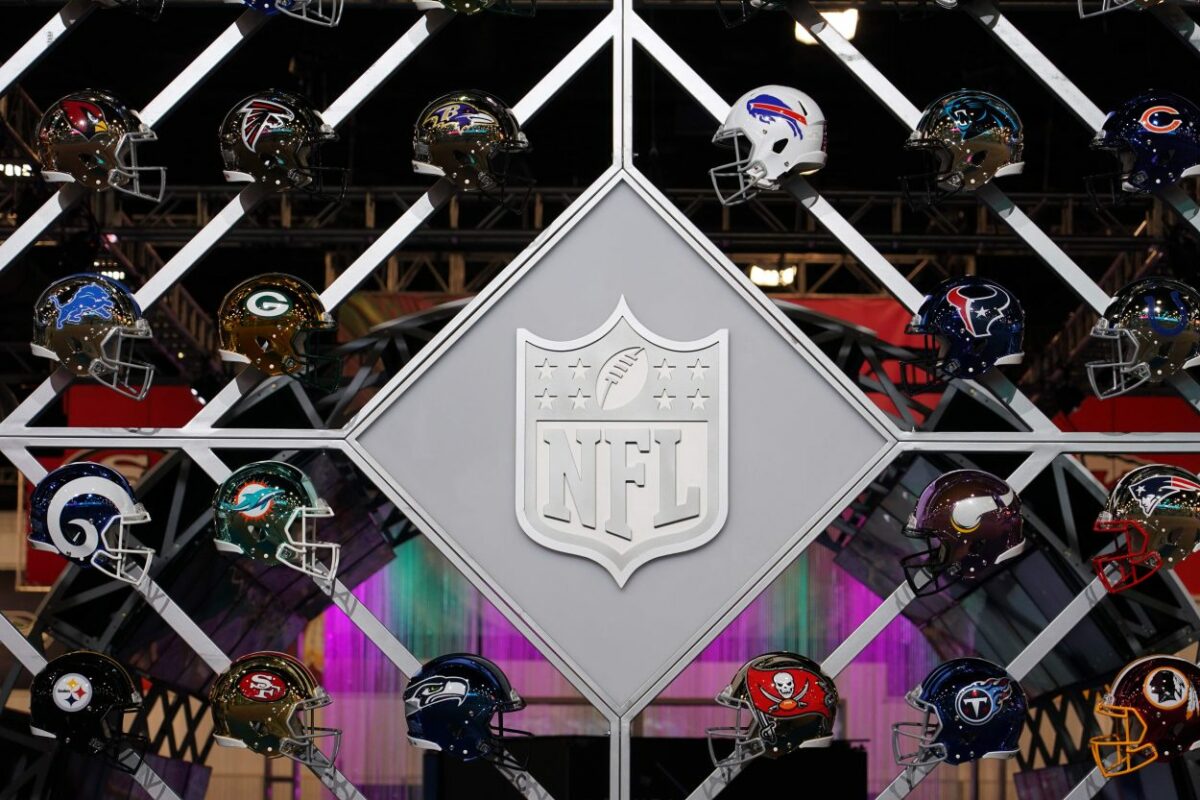 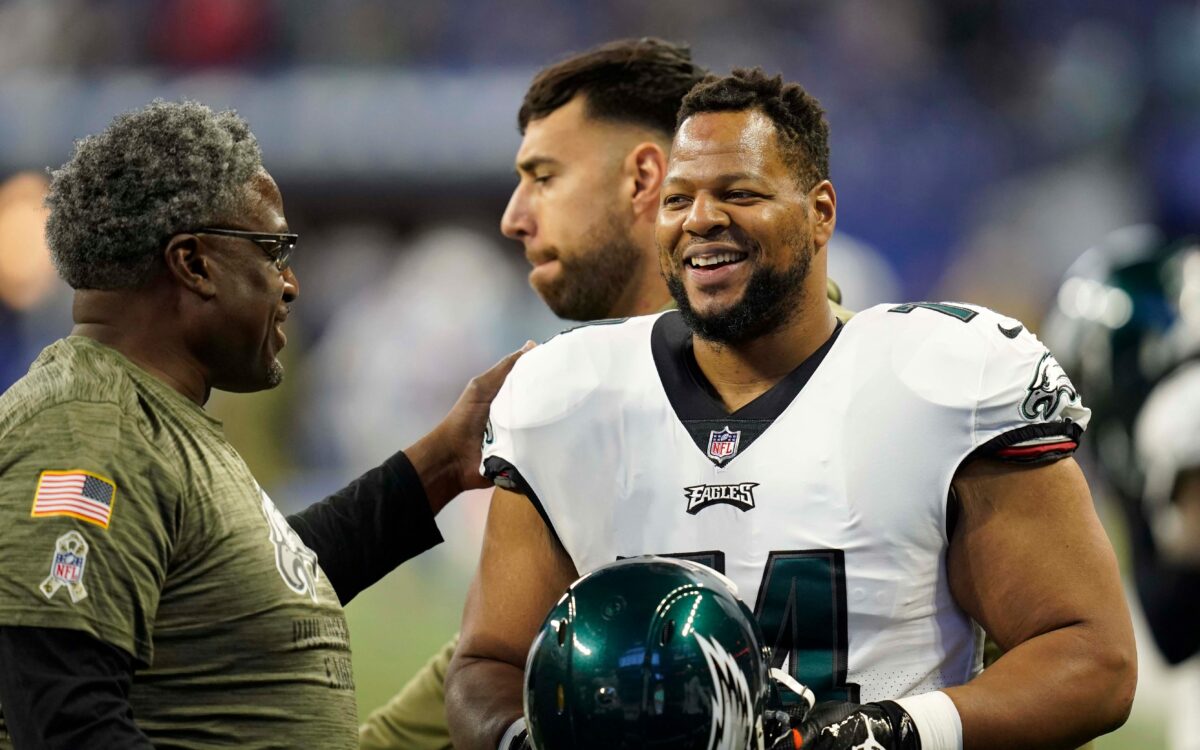 The Philadelphia Eagles’ run defense has been a problem of late, especially since first-round rookie defensive lineman Jordan Davis suffered an ankle injury in Week 8 against the Pittsburgh Steelers. Having the Washington Commanders run the ball 49 times for 152 yards and two touchdowns last Monday night in a 32-21 Washington win was the last straw for general manager Howie Roseman, who then went out and did what Howie Roseman does — he signed two free agent defensive linemen in Linval Joseph and Ndamukong Suh to try and shore things up.

Can Ndamukong Suh and Linval Joseph save the Eagles’ run defense?

It didn’t take long for the two new guys to make an impact, and it wasn’t even in the run game. With 8:56 left in the third quarter, and the Indianapolis Colts driving and already up 13-3 (this is far more a reflection of Philly’s offense), Joseph and Suh cranked things up and took down Colts quarterback Matt Ryan.

Davis is on injured reserve, which means he can’t return until Week 13, but imagine what kind of defensive line depth the Eagles will have when he returns!

Now, about that suddenly stagnant offense… 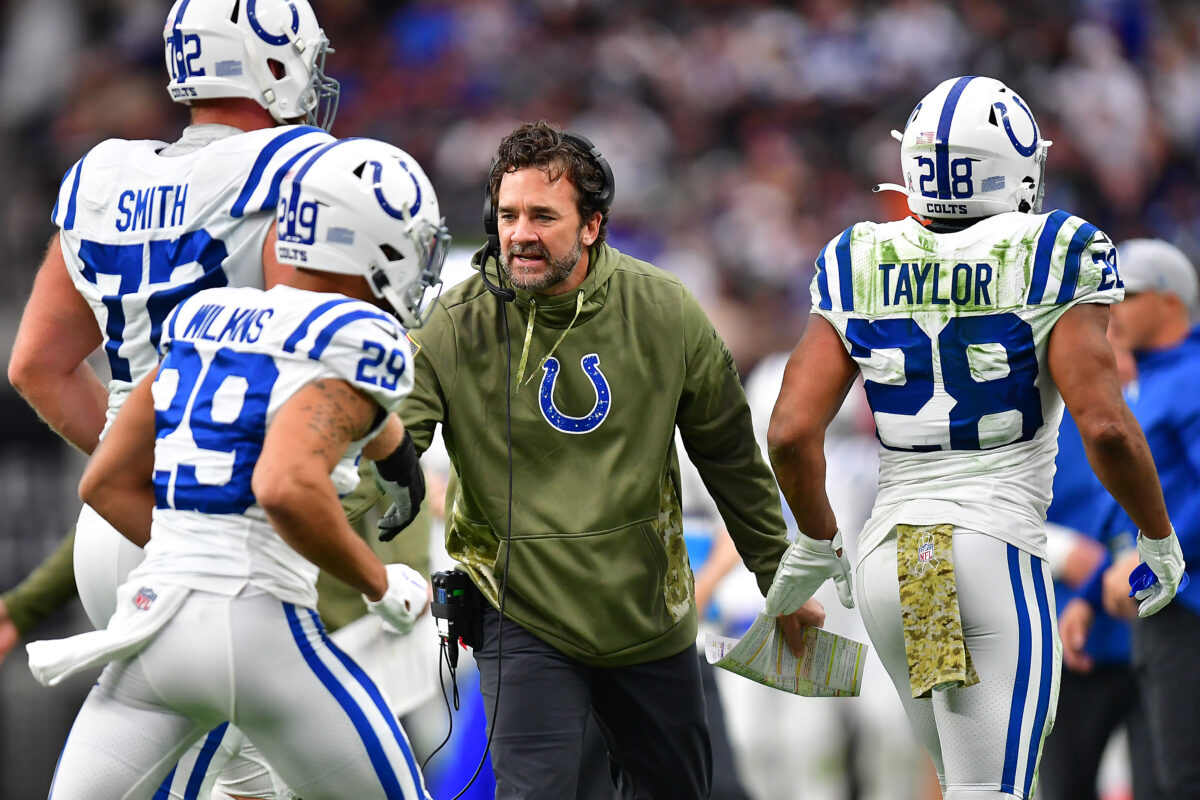 Bill Cowher called the decision to hire Jeff Saturday as interim coach of the Colts “a disgrace to the coaching profession” on “The NFL Today” Sunday.

For one Sunday, Jim Irsay’s decision paid off as Indianapolis went into Las Vegas and defeated the Raiders, 25-20.

It wasn’t without drama as the Raiders had a final drive to try and win the game and save embarrassment for the franchise and coach Josh McDaniels.

The only reason Las Vegas was in a position to try and win was Saturday went for 2-point conversions after each of the Colts’ last two touchdowns. The sheet probably dictated those decisions but …

Hindsight is 20/20, of course, but the two PATs would have made it a seven-point game rather than the five-point difference.

It turned out okay in the end as Matt Ryan led the Colts’ offense to victory after being reinstalled as QB by Saturday.

The Raiders have to live with a coach who had no experience other than at the high-school level managed to topple them in what has become a dreadful season.

And there is this commentary: 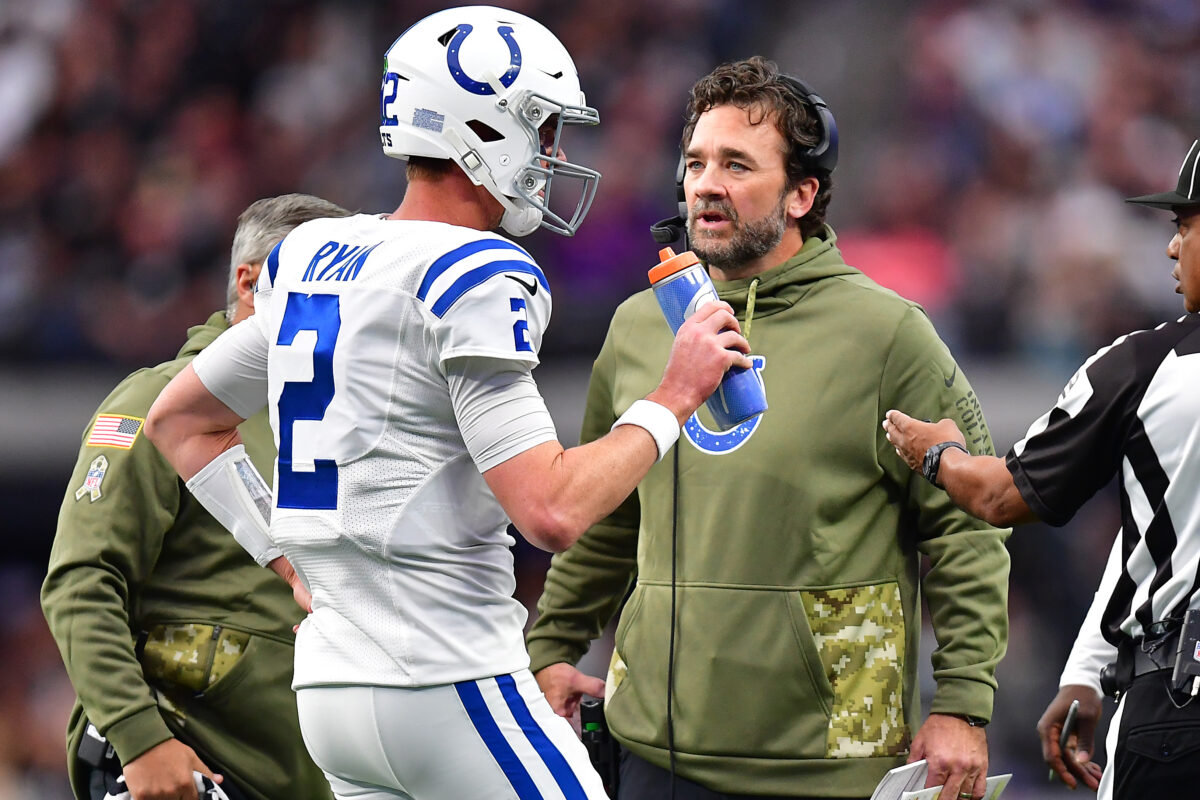 Matt Ryan outgained his age on one run during the Indianapolis Colts game with the Las Vegas Raiders on Sunday.

The 37 1/2-year-old quarterback decided to take off when seeing plenty of green in front of him during the fourth quarter.

Ryan wasn’t finished until he had gained 39 yards on the run.

Ryan had 40 yards on 2 runs, including a touchdown earlier in the game.

The long run set up a Ryan TD pass that gave the Colts a 25-20 lead in the fourth quarter.

The Colts are showing some life under interim coach Jeff Saturday 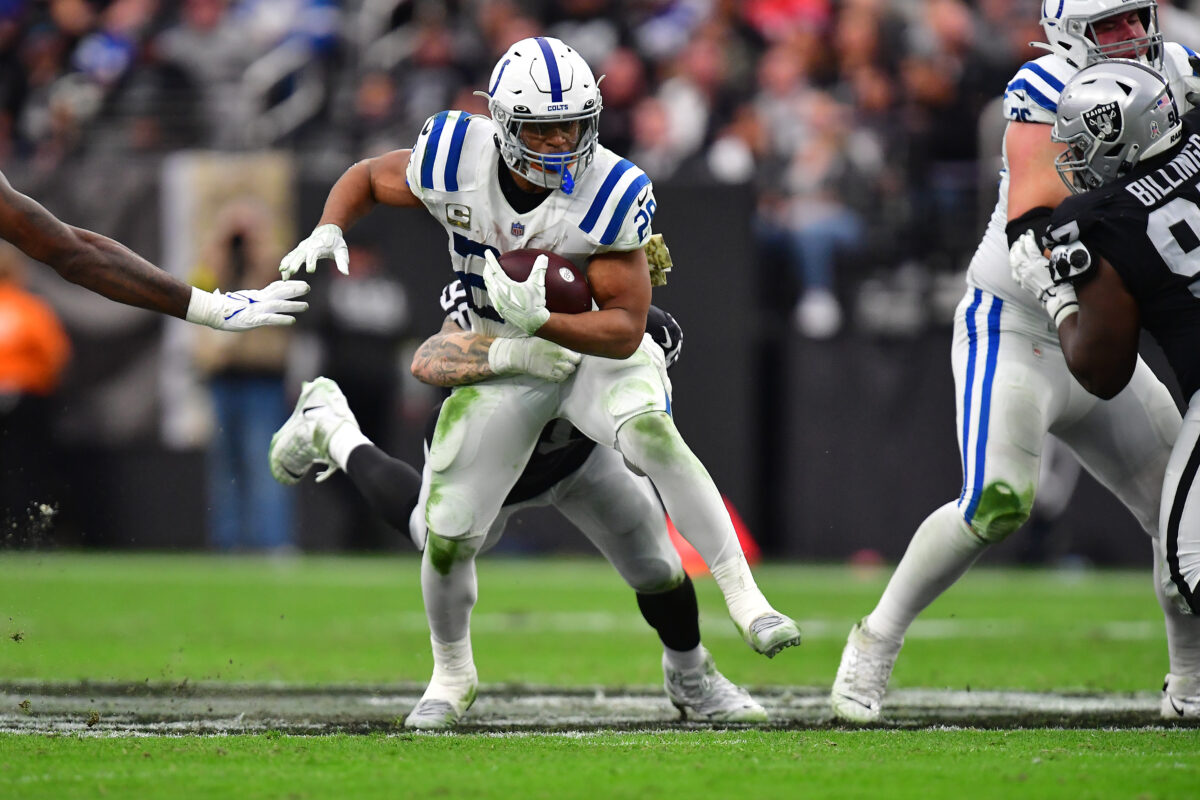 The Jeff Saturday Experience is showing some results as the Indianapolis Colts play the Las Vegas Raiders in Sin City on Sunday.

Matt Ryan was reinstalled as the Indy QB and he scored on a QB sneak in the first half.

Late in the third quarter, Jonathan Taylor displayed some of his flash from last season, taking off on a 66-yard touchdown run.

Indianapolis Colts owner Jim Irsay has certainly been going with his gut lately. It was Irsay’s decision to recently fire head coach Frank Reich and offensive coordinator Marcus Brady, to bench veteran quarterback Matt Ryan in favor of second-year man Sam Ehlinger, and to hire former Colts center Jeff Saturday as interim head coach in a press conference that was all kinds of “interesting.”

According to Ian Rapoport of the NFL Network, Irsay made the Saturday hire against the objections and concerns of his closet confidants in the building.

Colts president Pete Ward and general manager Chris Ballard, among others, spoke with Irsay and expressed their reservations, sources say. The Colts have former head coaches John Fox and Gus Bradley on staff, as well as a rising star in special teams coordinator Bubba Ventrone. But sources say Irsay was hellbent on hiring Saturday, who revealed that Irsay called him during a last Sunday’s loss to the Patriots to ask about Indianapolis’ problems on the offensive line.

Moreover, Irsay named 30-year-old pass game specialist/assistant quarterbacks coach Parks Frazier, who has never called plays at the NFL level, to replace Brady as offensive coordinator. This despite the fact that the Colts had a more experienced option on staff. Per Rapoport, quarterbacks coach Scott Milanovich was offered the position with no revision to his existing contract, so he declined the offer.

The lack of coaching experience seems to be in line with Saturday, who becomes the first NFL head coach with no college or professional coaching experience since the Minnesota Vikings hired Hall of Fame quarterback Norm Van Brocklin to be their first head coach in 1961. The Vikings were an expansion team, Van Brocklin was known around the NFL as a coach on the field, and with all that, Van Brocklin’s tenure as Minnesota’s head coach was flawed at best — especially when he made the situation so toxic with quarterback Fran Tarkenton, that Tarkenton demanded a trade after the 1966 season.

Eventually, the Vikings replaced Van Brocklin with CFL legend Bud Grant, who would take the team to four Super Bowls — including three with Tarkenton, who was traded back to Minnesota in 1972.

Saturday, while a smart player and a fine analyst for ESPN in recent years, has no such “coach on the field” history, and the Colts are far from an expansion team, though they’re looking more and more like it every week.

The Colts travel to Las Vegas to take on the Raiders on Sunday afternoon in Saturday’s first game as head coach. 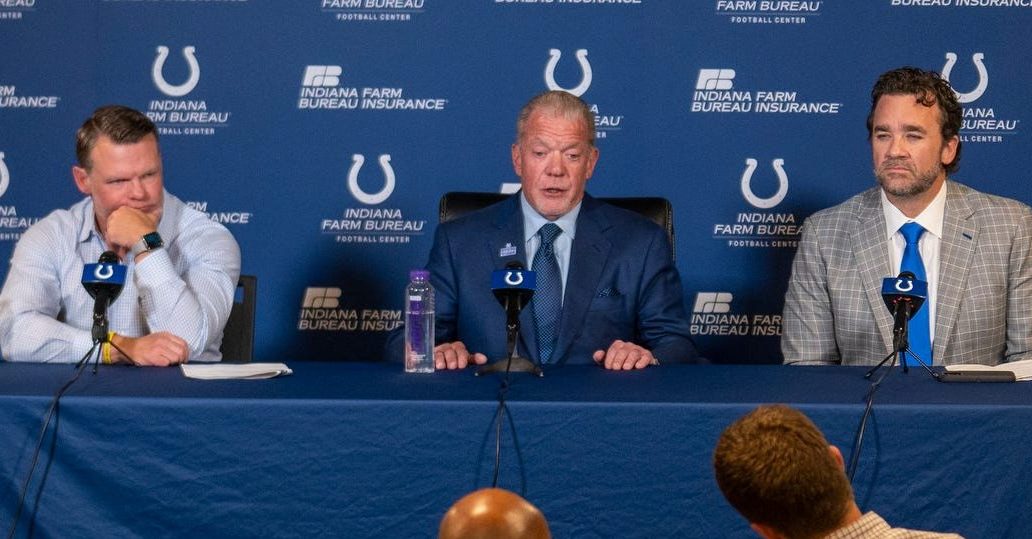 On Monday evening, Indianapolis Colts owner Jim Irsay, general manager Chris Ballard, and interim head coach Jeff Saturday held a press conference announcing the hire of Saturday — the former Colts center and ESPN analyst — who had never coached at any level of college or professional football before. Irsay had fired head coach Frank Reich on Monday morning, and the Saturday hire shocked just about everybody throughout the league.

As did the press conference, in which Irsay was at his Irsayest, Ballard was prickly as hell, and Saturday looked like he didn’t know what the light in the tunnel meant. Which would be an understandable reaction. It’s how a lot of us felt watching it.

Colts owner Jim Irsay had one of the greatest press conferences of all-time 🤣 pic.twitter.com/9x02NBTKOk

Yeah, it was something else. Here are some of the most “remarkable” snippets from the event.

Jeff Saturday is the Colts’ interim head coach, going from ESPN to the sidelines 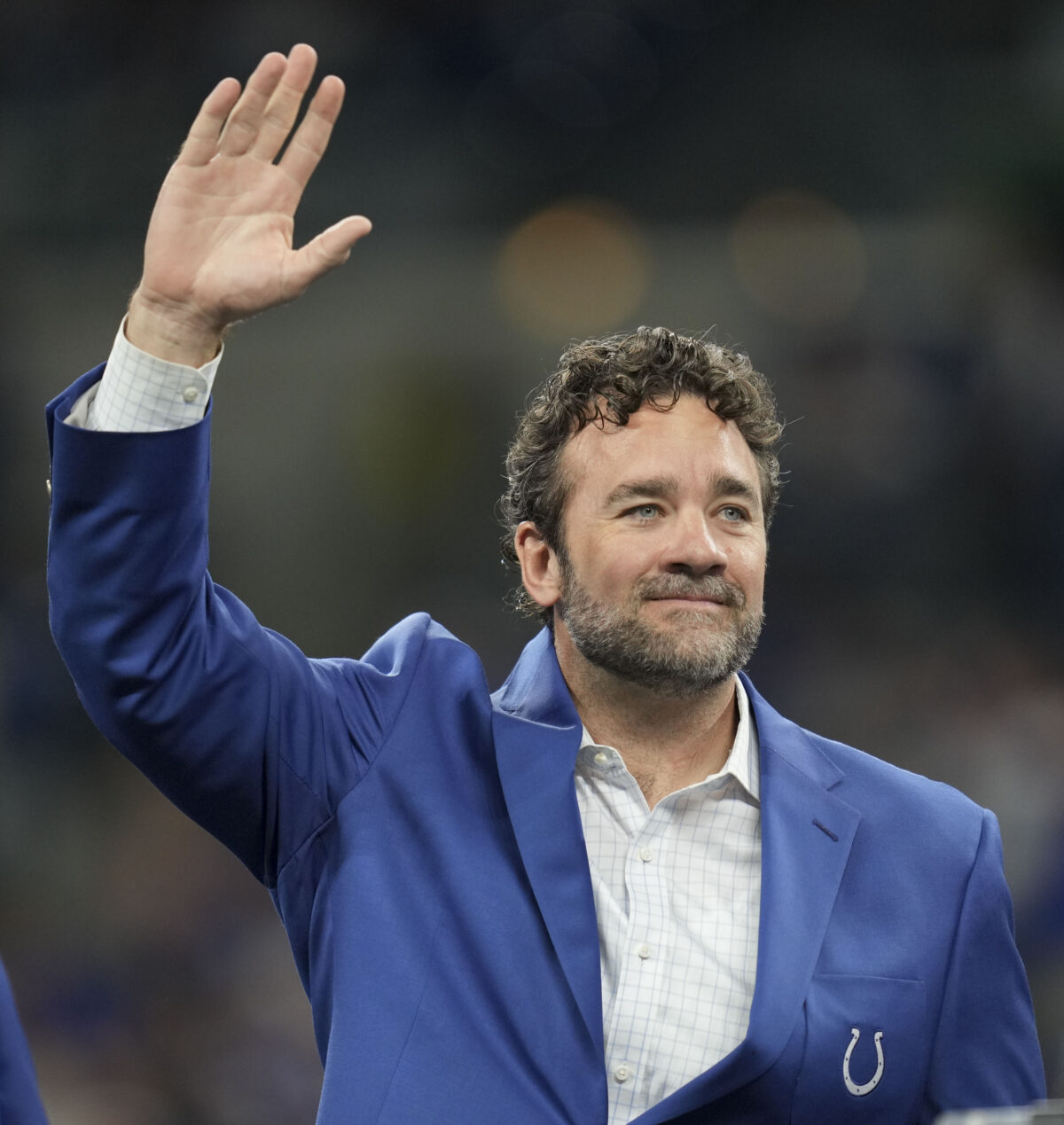 The Indianapolis Colts have dipped into their franchise’s history for the interim head coach to replace Frank Reich, who was fired Monday.

ESPN analyst Jeff Saturday will keep the seat warm for the rest of the season … at least.

Saturday was head coach of Georgia’s Hebron Christian Academy from 2017-2020.

Going from high school to the NFL is a bigger step than what Gerry Faust did when he went from HS to Notre Dame. This is quite the leap.

Jeff Saturday was in Indianapolis last weekend with a group of former teammates, who were there to celebrate Tarik Glenn’s induction into the Colts Ring of Honor. Now Saturday will return as the Colts’ interim HC. https://t.co/MGiy2TmIWS

Jeff Saturday is the first person to become an NFL head coach with no collegiate or professional coaching experience since Norm Van Brocklin in 1961 pic.twitter.com/WxJuCjFj6d

The Indianapolis Colts have fired head coach Frank Reich, whose inability to find the right quarterback led to his downfall. 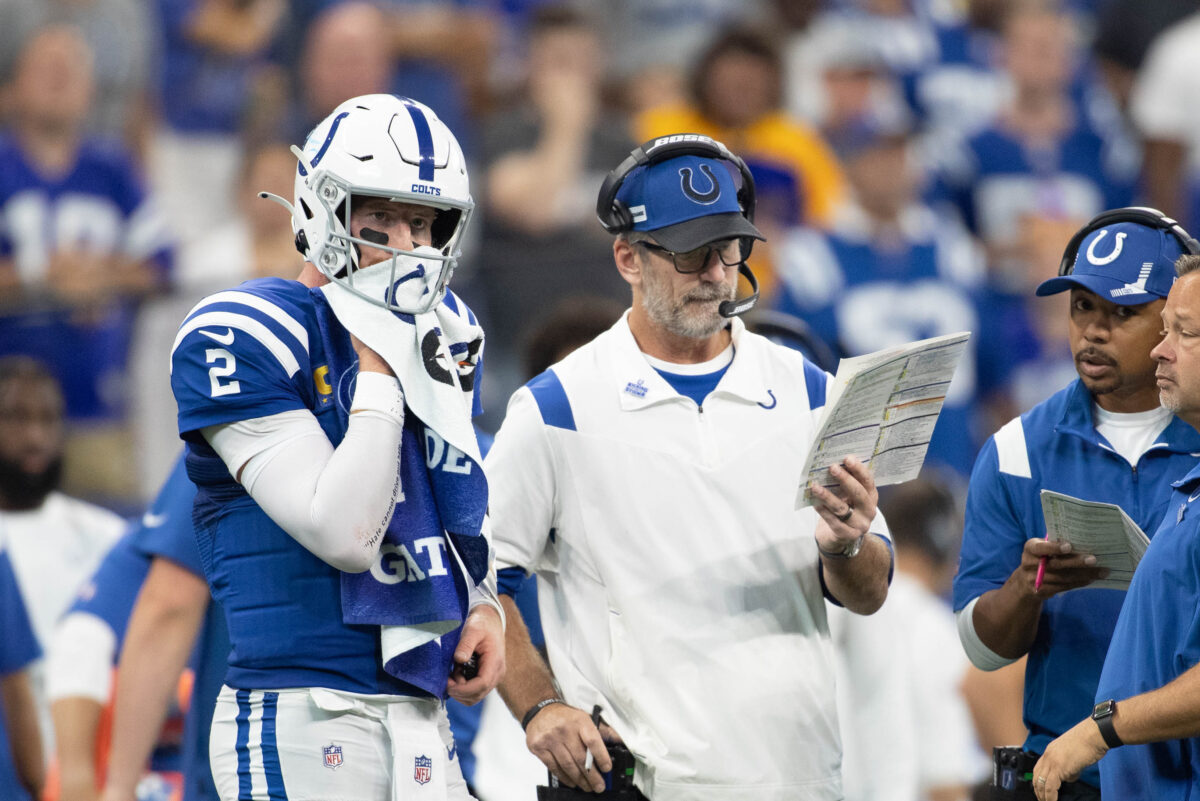 Indianapolis Colts head coach Frank Reich became the second NFL head coach fired this season, following Matt Rhule of the Carolina Panthers earlier this season. The Colts made the decision with Reich on Monday morning, per multiple reports. Reich was in his fifth season as the Colts’ head coach, compiling a 40-33-1 regular-season record, and 1-2 in the postseason.

On Sunday, the Colts lost 26-3 to the New England Patriots. New England’s defense demolished Indy’s sub-par offensive line for nine sacks, quarterback Sam Ehlinger completed 15 of 29 passes for 103 yards and an interception, and the Colts amassed just 78 rushing yards on 22 carries. That put the Colts’ record at 3-5-1 on the season.

That Ehlinger, s second-year developmental quarterback, was starting this game in the first place strikes at the heart of what was so problematic for Reich in his time with the Colts — the inability to get the right franchise quarterback in the wake of Andrew Luck’s bombshell retirement after the 2018 season. Reich and his staff were left with Jacoby Brissett as an emergency option in 2019, and nobody could have blamed Reich for that, but none of his quarterback preferences worked out from there.

The Colts tried to work with Philip Rivers about three years too late in 2020. Then, the misshapen reunion with Carson Wentz, who worked with Reich in Philadelphia. Then, the decision to trade for Matt Ryan in 2022 — as it turned out, Ryan was on the Rivers three-years-too-late plan, and Ryan was recently benched in favor of Ehlinger.

It’s a common and correct axiom in the NFL that if you can’t hit on the right quarterback for your franchise, little else matters. This was true in the case of the Colts, and Reich found that out the hard way on Monday.