Women at the Augusta National Women’s Amateur face a tough decision for final round: Keep their own caddie for comfort, or take a local one? 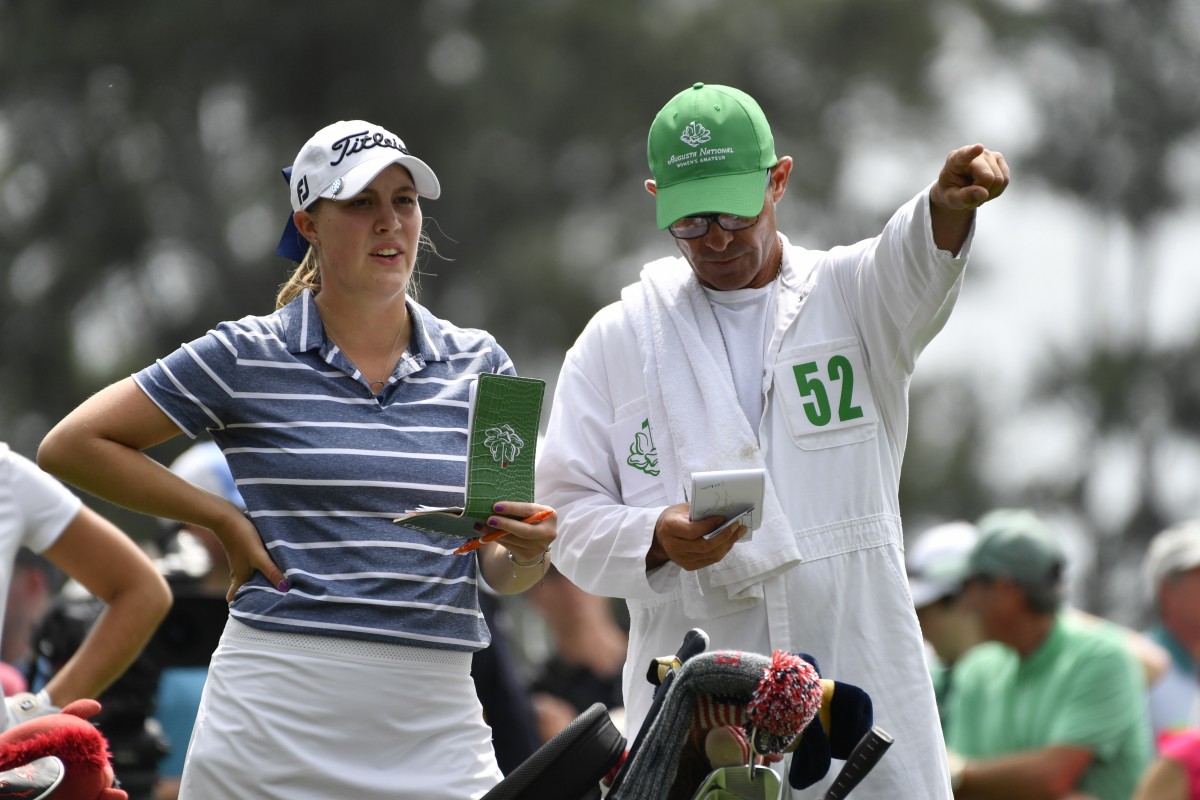 Jennifer Kupcho made a game-time decision to swap out her dad for Augusta caddie Brian McKinley for that historic final round. Maria Fassi kept her swing coach.

“It’s definitely really hard to have that conversation with whoever is caddying for you,” Kupcho said earlier this week from the ANA Inspiration, “whether it’s a parent or a coach or whatever, but it’s definitely worth it in the long run.”

Fassi, the runner-up in 2019, stuck with her then-instructor, Jose Maria Sanchez, and said if she had to do it again, she wouldn’t change a thing.

“I knew I was going to need that emotional support,” said Fassi.

World No. 1 Rose Zhang, who co-leads with Ingrid Lindblad, has her trainer Josh Loyo on the bag again. So, too, does Erica Shepherd. Rachel Heck her father and Emilia Migliaccio has her mother.

“During the practice round they send an Augusta caddie out with you,” said Shepherd, who finished T-23 in 2019, “so you kind of rack up as much knowledge as you can about the course and then I think when you’re there in tournament mode playing Augusta, it’s all about comfort still. That doesn’t change anything. Definitely going to go with who I’m comfortable with.”

Two years ago, South Carolina coach Kalen Anderson looped for former player Ainhoa Olarra, relying on Francesco Molinari’s caddie Pello Iguaran for help with hole locations. In fact, Anderson was nearly late to the first tee as she spent valuable minutes cramming with Iguaran right before the final round.

This time she’ll watch from outside the ropes as top Gamecock Pauline Roussin-Bouchard has a European Tour caddie, Sebastien Clement, on the bag. Roussin-Bouchard said even though this is Clement’s first time seeing Augusta National, she has no plans of changing course.

“Right now, we have specific work to do on the course, work together,” said Roussin-Bouchard. “I would not do it if I were a professional. I would not go like, ‘OK, we just played three rounds together and now next. I’m taking someone else.’ So it definitely would not change for anything.”

Houston coach Gerrod Chadwell, who is married to Stacy Lewis, will be paying close attention to the wind and elevation changes during Friday’s practice round with Karen Fredgaard. Chadwell and his player are taking a Solheim Cup approach to the week: No apologies.

“It’s going to be a high-stress situation,” said Chadwell, “we have such a great relationship and trust.”

An Augusta caddie certainly knows the course better, but Chadwell knows her game and personality.

Which is worth more?

Jack Fulghum has worked at Augusta National for nearly three decades and currently loops for Lexi Thompson on the LPGA.

“It’s a once-in-a-lifetime deal,” said Fulghum. “Why wouldn’t you take an Augusta caddie? It’s going to help you 100 percent.”

When asked if there are holes in particular that local knowledge proves especially key, Fulghum said, “All of them. Every one.”