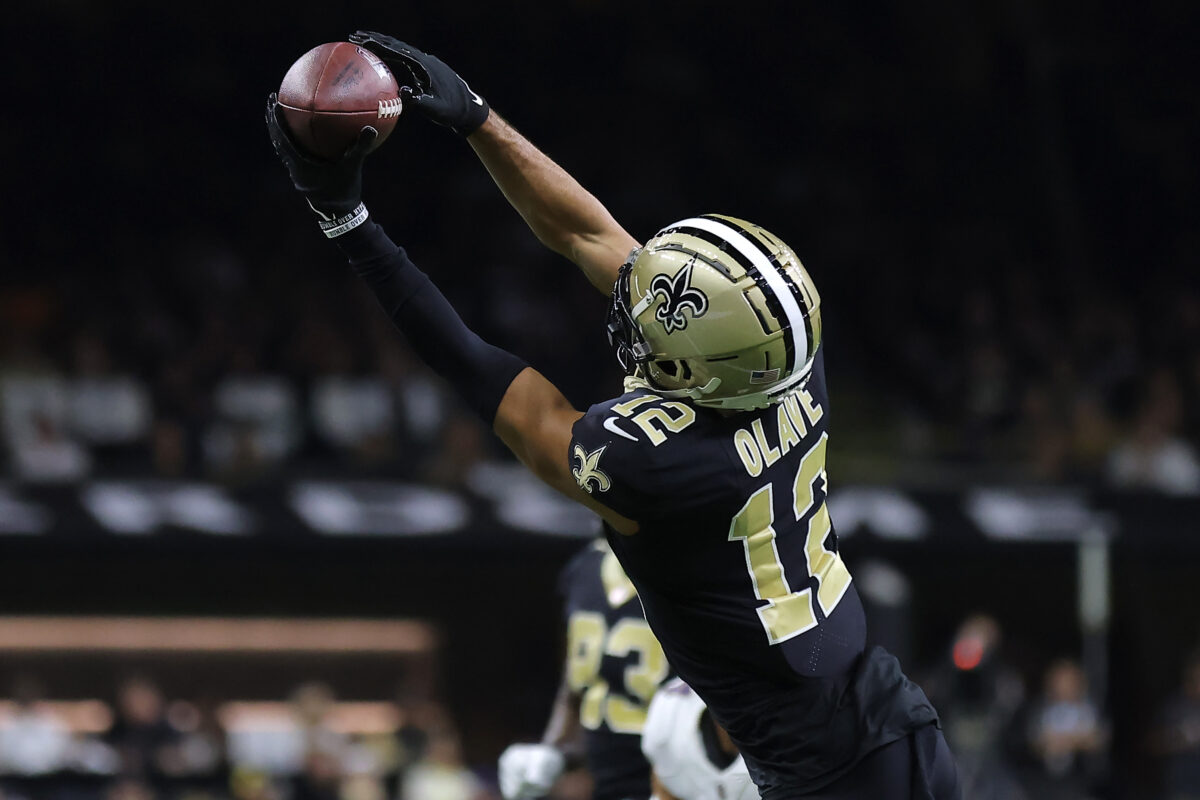 New Orleans is a 2.5-point road favorite against Pittsburgh, according to Tipico Sportsbook. The over/under is set for 40.5. 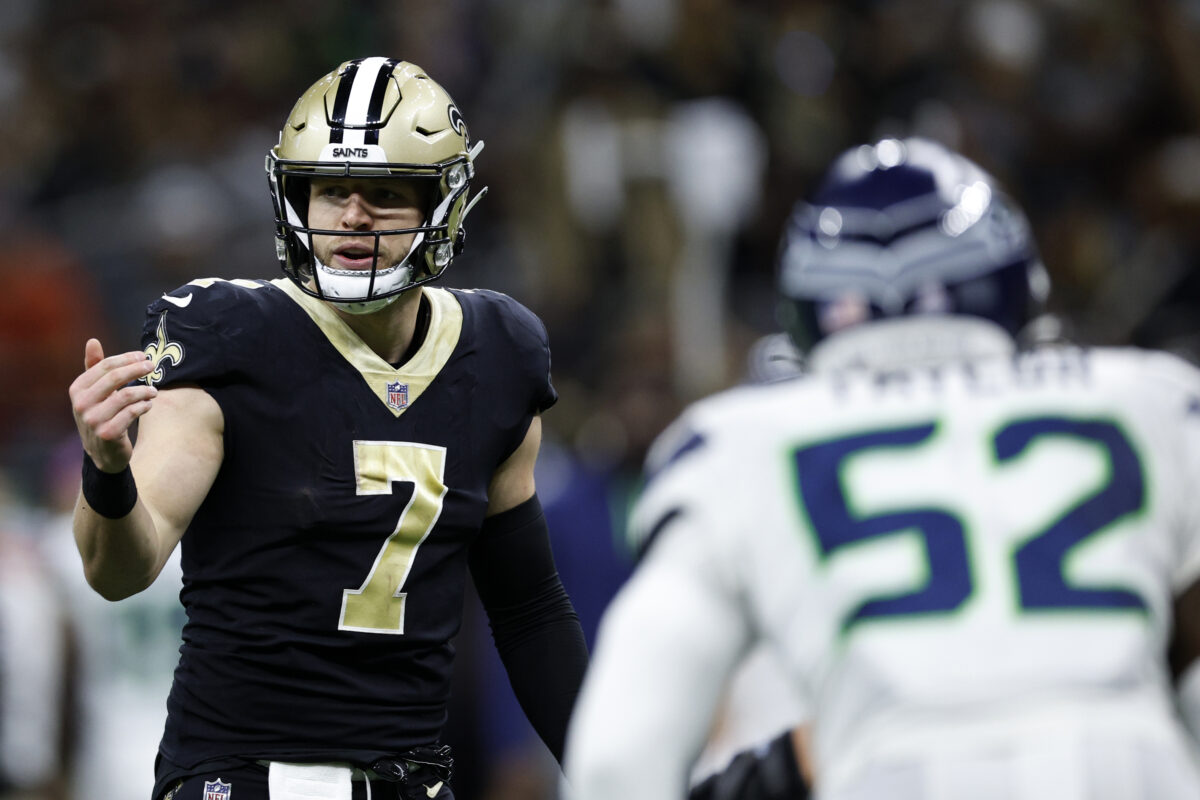 New Orleans is a 2.5-point home underdog against Cincinnati, according to Tipico Sportsbook. The over/under is set for 43.5. 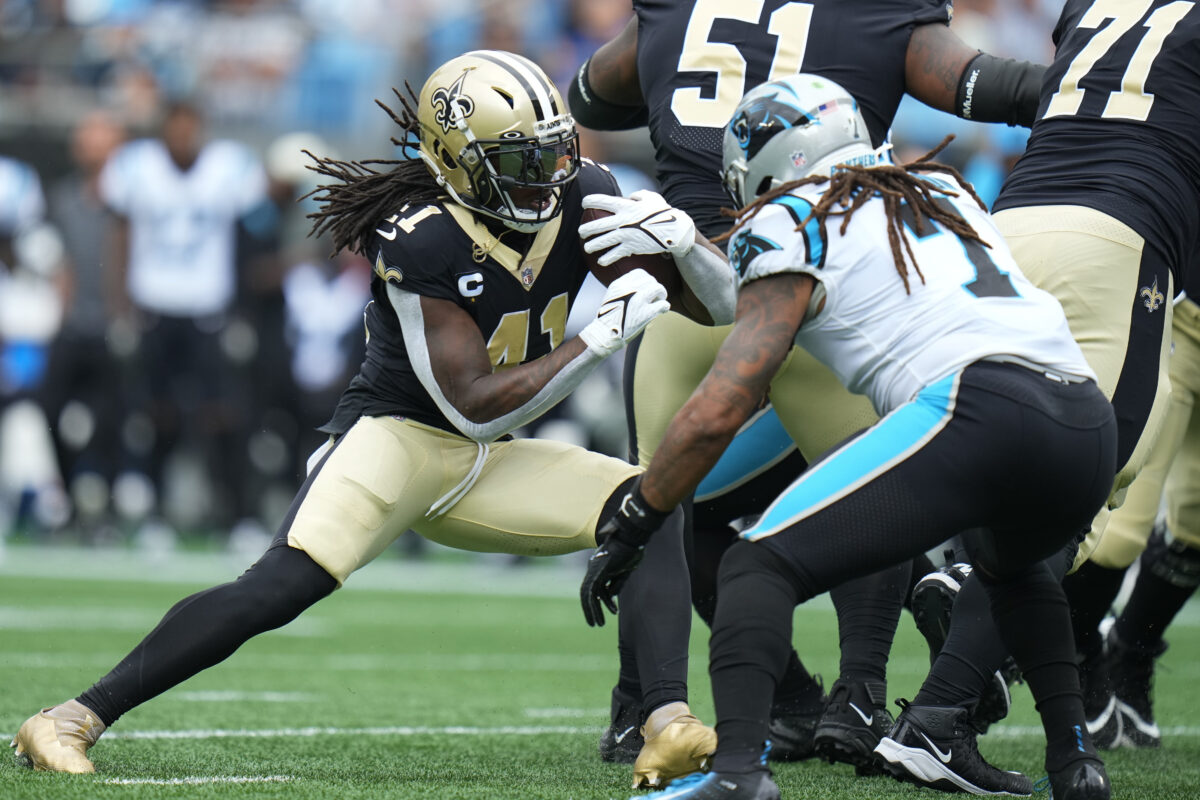 New Orleans is a 3.5-point home underdog (in London) against Minnesota, according to Tipico Sportsbook. The over/under is set for 43.5.

Saints open as road favorites against the Panthers in Carolina at Tipico Sportsbook: 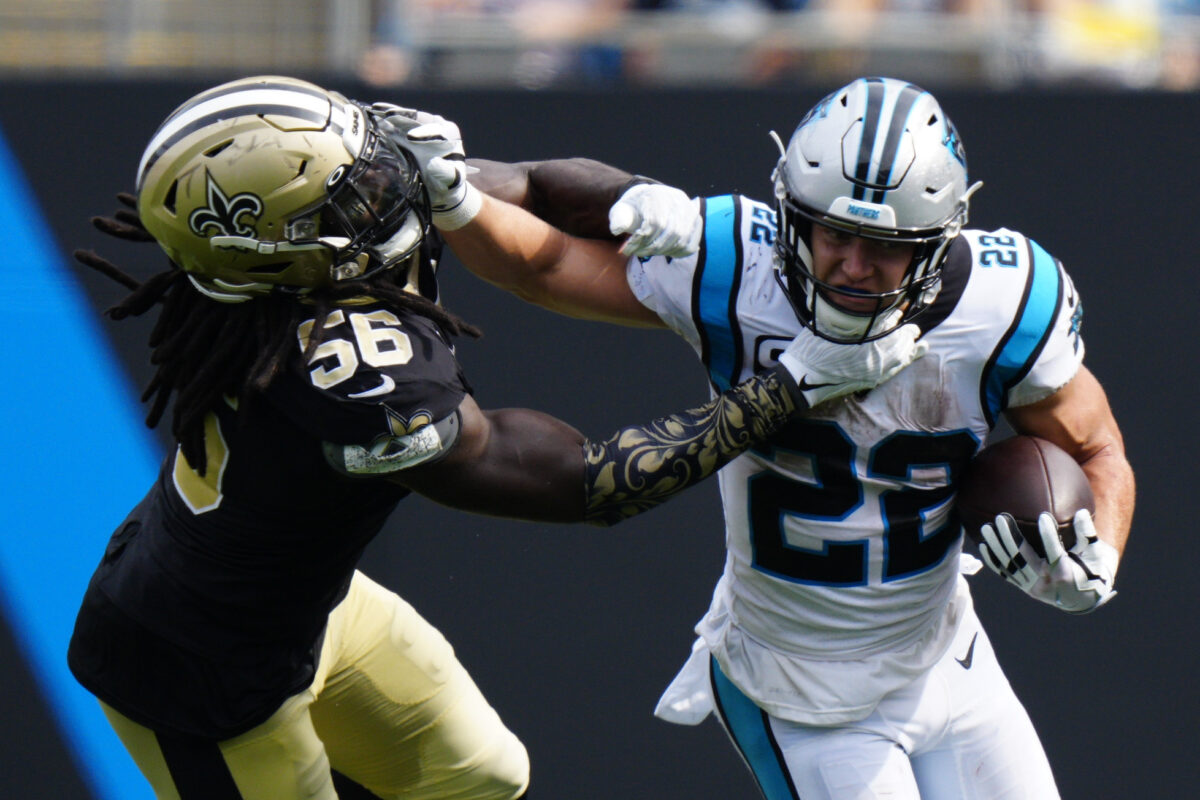 We’re on to the next. The New Orleans Saints (1-1) are looking to tread water in the NFC South after falling short against a divisional opponent last week, but they’ll be facing a similar challenge this week against another division-rival team. Fortunately for them, the Carolina Panthers (0-2) have fallen on hard times, and this could be a get-right game for New Orleans.

With that said, we shouldn’t undersell the difficulty involved here. The Saints are favored by 2.5 points in this road game at Tipico Sportsbook, which features one of the lowest point totals of the week at 40.5. That suggests a final score of about Saints 22, Panthers 19 in Carolina.

New Orleans lost in this same venue to this same opponent last year by a gnarly margin of 26-7. It’s worth noting that the Saints were without a third of their offensive coaching staff due to COVID protocols, but Jameis Winston’s second start still didn’t exactly impress anyone. He’ll be looking to bounce back again after throwing three interceptions a week ago.

As for other matchups around the NFC South: the Atlanta Falcons (0-2) have a good shot at upsetting the Seattle Seahawks on the road, with Seattle favored at home by less than a field goal. Odds for this week’s Tampa Bay Buccaneers (2-0) game are not available (they’ll be hosting the Green Bay Packers) just yet, likely because the Bucs have a lot of uncertainty at wide receiver. Stay tuned on that front. 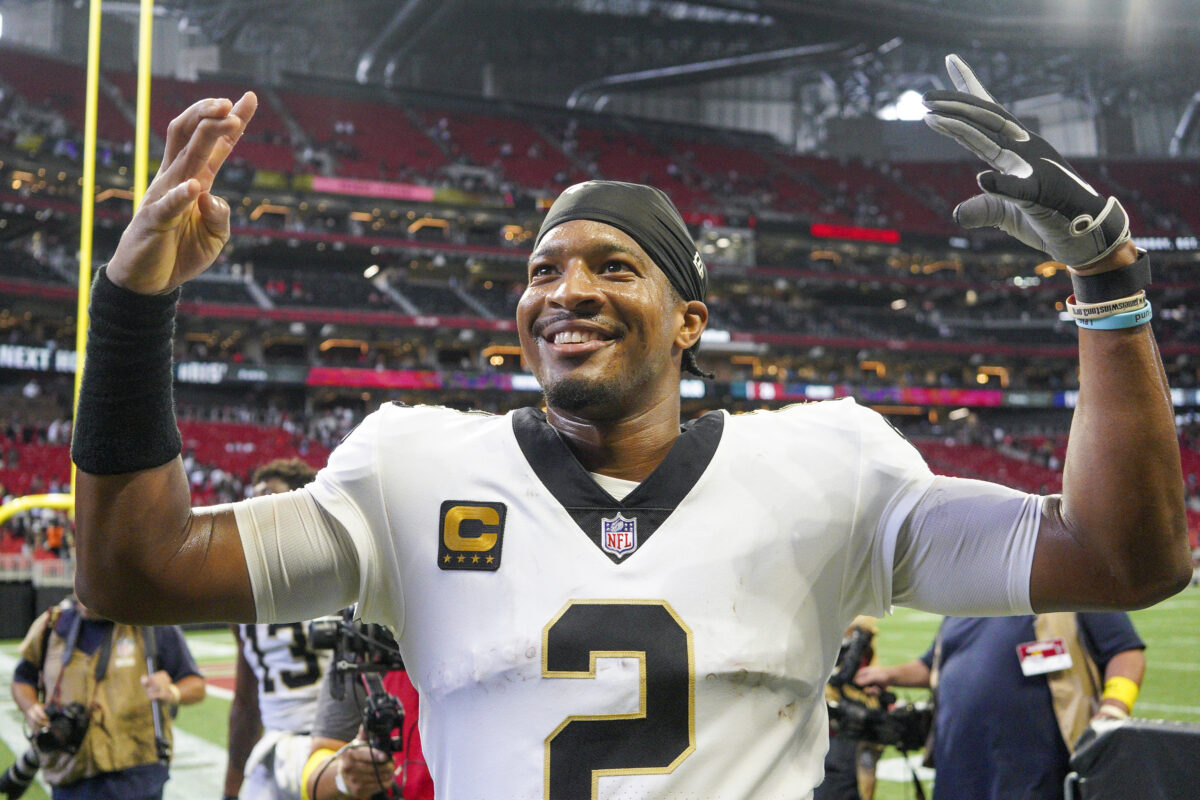 New Orleans is a 2.5-point home underdog against Tampa Bay, according to Tipico Sportsbook.

Saints open as home underdogs against the Buccaneers in Week 2 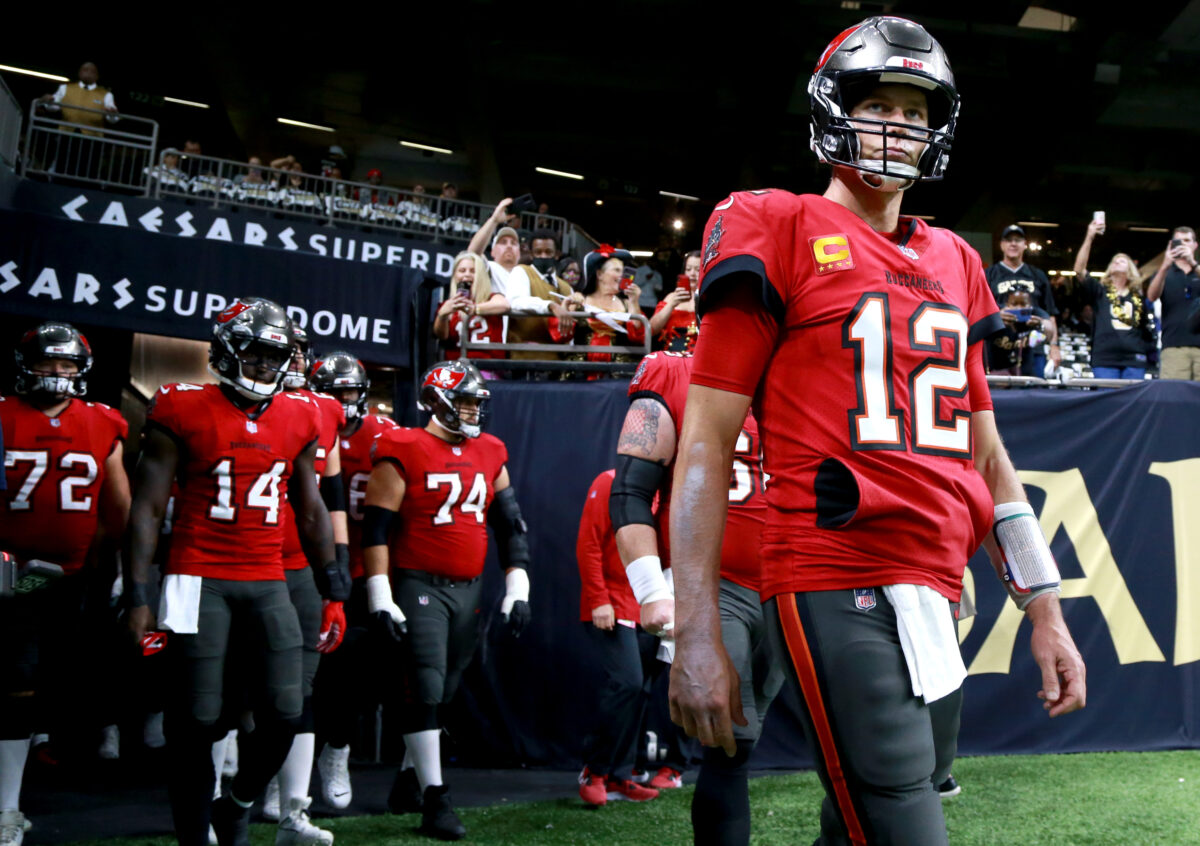 Ink on the box scores from Week 1 is barely dry but we’re already on to Week 2 of the NFL regular season, and the New Orleans Saints are playing the part of underdogs at home after opening as road favorites to open the new league year. That makes sense considering the Tampa Bay Buccaneers are visiting them for a game at the Caesars Superdome this Sunday.

Tampa Bay is favored to defeat the Saints in New Orleans by 3.5 points; taken with the over/under of 44.5, and that suggests a final score in the neighborhood of Buccaneers 24, Saints 21. If Tom Brady’s offense does score 24 points it would be their third-highest scoring total against New Orleans since he arrived in the NFC South, and the second-best total in a win.

The Saints defense has limited Brady and his supporting cast to totals of 27, 30, 3, and 23 points in previous games, most recently shutting the Bucs offense out altogether in their last meeting.

As observed over at Sportsbook Wire, bettors would have to place $140 on Tampa Bay to win $100, while a $100 bet on New Orleans would bring in $120 should they win. The over/under has fallen by one point since news arrived of injuries for Buccaneers left tackle Donovan Smith (elbow) and wide receiver Chris Godwin (hamstring). It remains to be seen whether they’ll play on Sunday, but those are two big contributors who could make a difference in this game. It’s something to watch on the injury report in the days ahead. 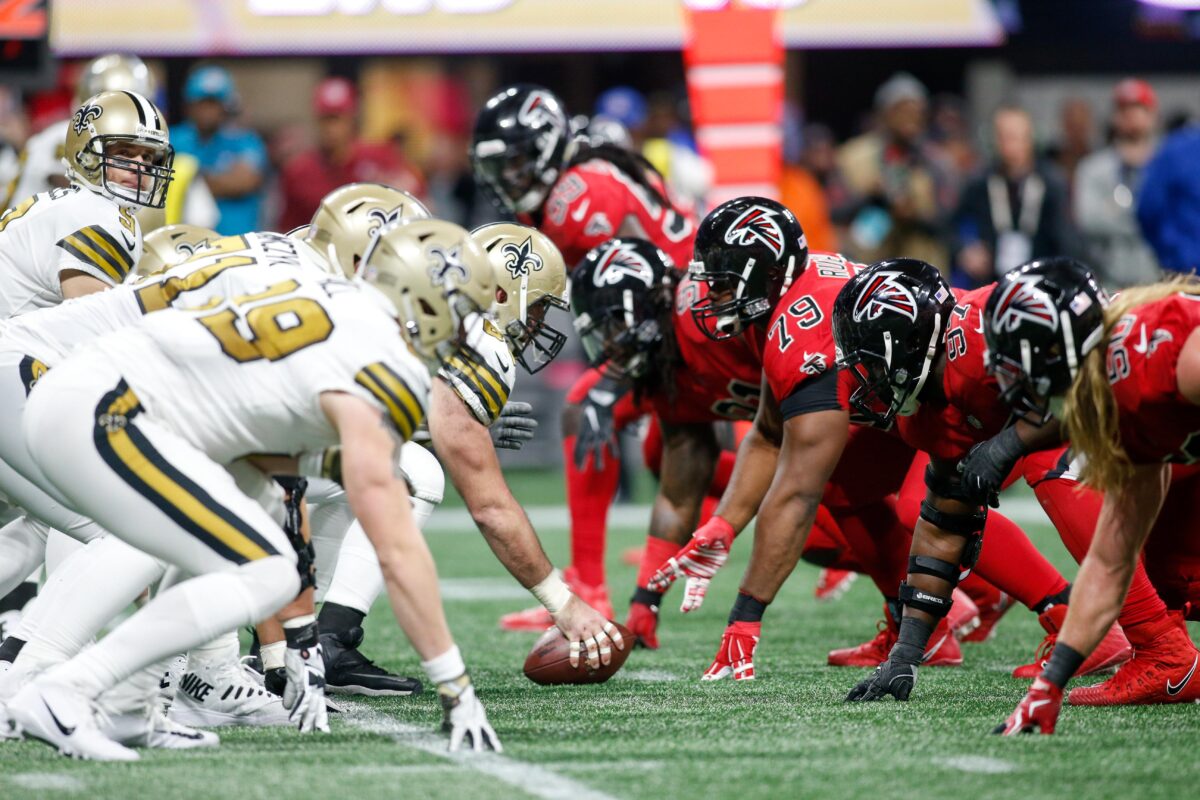 It’s finally New Orleans Saints game week. This isn’t some exhibition kickoff in preseason — the black and gold will suit up against their biggest rivals in a matter of days, not weeks or months. And expectations are high. The Saints have opened as 5.5-point road favorites against the Atlanta Falcons at Tipico Sportsbook, which is interesting. The game’s low over/under (42.5) is a little concerning. That suggests a final score in the neighborhood of New Orleans 24, Atlanta 19. Opposing teams held the Saints to 24 points or fewer in nine games last season, including three of Jameis Winston’s first six starts.

New Orleans has made real upgrades on offense at wide receiver (in drafting Chris Olave and signing Jarvis Landry, while mending fences with Michael Thomas) but they took a step back at left tackle in parting ways with Terron Armstead. Credulous oddsmakers don’t seem confident that Winston will take a big step forward in such circumstances, but they do see the Saints’ winning formula.

That’s easier said than done against a talented offense. The situation Falcons quarterback Marcus Mariota has found himself in isn’t that different from Winston’s circumstances. The two top picks in the 2015 NFL draft have won, lost, and regained starting jobs in the NFL while playing for a couple of different teams. Now Mariota is leading an offense stocked with dangerous pass catchers like Kyle Pitts, Cordarrelle Patterson, and rookie draft pick Drake London. It’s going to be a big test for a Saints defense replacing all three of last year’s top safeties, swapping Marcus Williams, Malcolm Jenkins, and C.J. Gardner-Johnson for Tyrann Mathieu, Marcus Maye, and a small platoon of slot corners.

As for other opening lines across the NFC South: the Carolina Panthers are favored by a field goal at home against the Cleveland Browns, as are the Tampa Bay Buccaneers versus the visiting Dallas Cowboys on Sunday night. But the Bucs-Cowboys game features one of the highest over/under point totals of the week (50.5), so there’s some potential for fireworks in the