The latest bracket projection from CBS Sports didn’t have the Gators falling despite a loss to Missouri in its last outing. 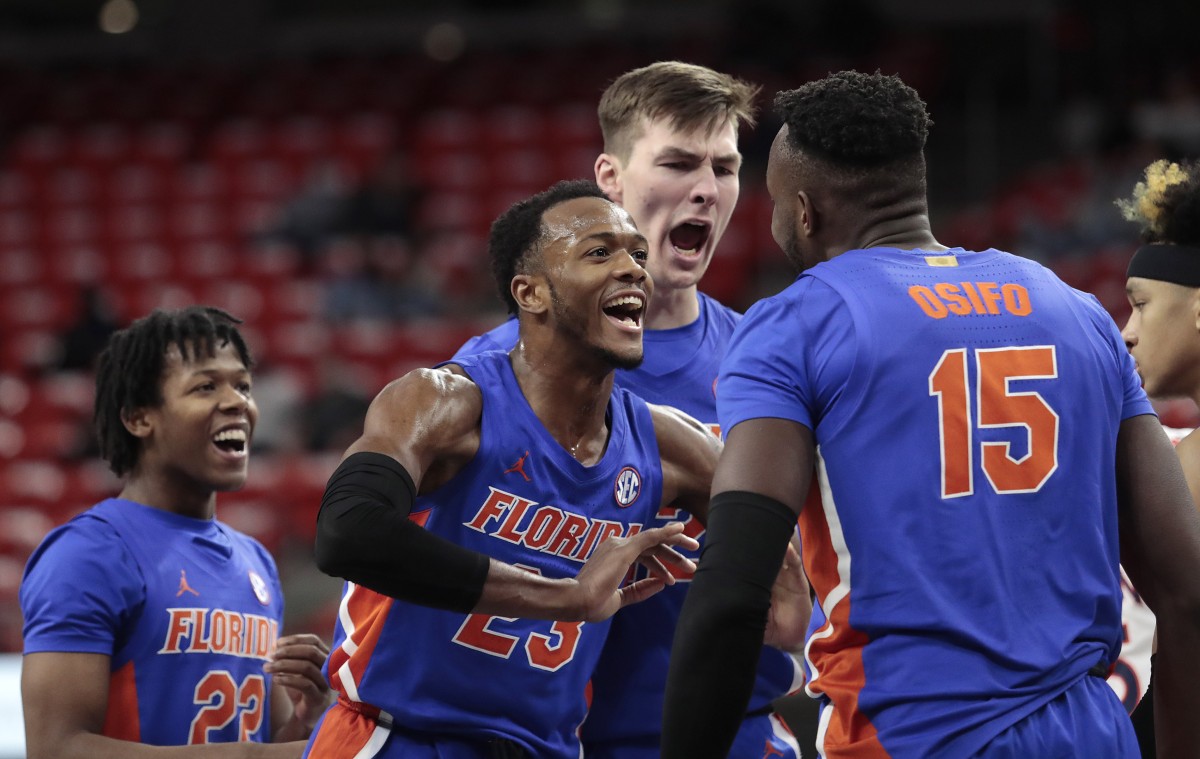 ESPN’s bracket projection may have dropped Florida following the loss to Missouri, but CBS Sports isn’t so bearish about the Gators. It had them as a No. 6 seed before they lost to the Tigers, and even after the loss, UF’s positioning didn’t change.

Its first-round opponent did change, though. Florida is no longer slated to draw the winner of the 11-seed play-in game. Instead, it takes on No. 11-seeded Colorado State, who manages to avoid a play-in on this projection.

Other SEC teams in the projected field are No. 2 Alabama, No. 5 Missouri (who rose after beating UF), No. 6 Tennessee and No. 9 LSU. Ole Miss appears to be on the bubble, but it has some work to do as the final member of the First Four Out.

The Gators close out the regular season on Sunday with a road matchup against UT. A win in that game could boost their seeding, which is already higher on the CBS projection than most other brackets.