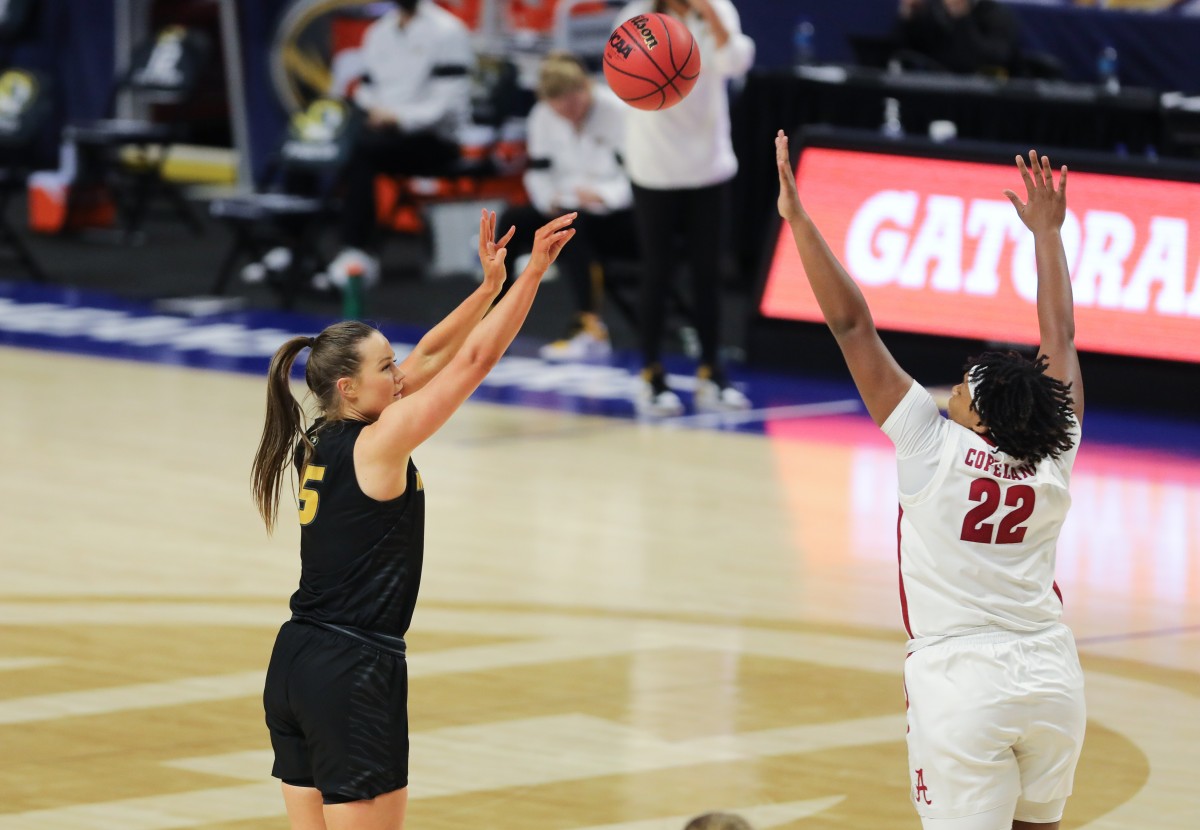 🚨 OFFICIAL 🚨@GoDucksKG has added 1,137 career points and 936 rebounds to the Ducks' roster with the signing of graduate transfer Shannon Dufficy.

There are so many transfers coming into the Oregon Ducks women’s basketball program that they may need some name tags when practices begin.

Kelly Graves added graduate transfer Shannon Dufficy from Missouri. A 6-foot-2 forward, Dufficy played the 2020-21 season at Missouri, where she averaged 6.5 points and 4.5 rebounds per game in 22 contests. Prior to joining the Tigers and sitting out the 2019-20 season due to NCAA transfer rules, Dufficy racked up 995 points and 838 rebounds across three seasons with Utah State.

“Shannon is a great addition to our program,” said Graves in a press release. “She brings a terrific veteran presence and a wealth of experience to our roster. I love the way she approaches the game, and her versatile skillset will allow her to play multiple positions for us. We can’t wait to get her to Eugene.”

While at Utah State, Dufficy was an all-Mountain West performer in 2018-19, averaging a double-double with 15.8 points and 10.3 rebounds per game. She broke the single-season program record with 19 double-doubles, including a record nine straight from Dec. 22 to Jan. 30. Dufficy’s 339 rebounds were also a school record, and she scored in double figures 27 times.

Along with the former Aggie and Tiger, Oregon has added three other transfers to the program. Chanaya Pinto (Northwest Florida State College) Ahlise Hurst (New Mexico) and Taylor Hosendove (Clemson, Georgia State) have also transferred from other schools to join the Ducks.