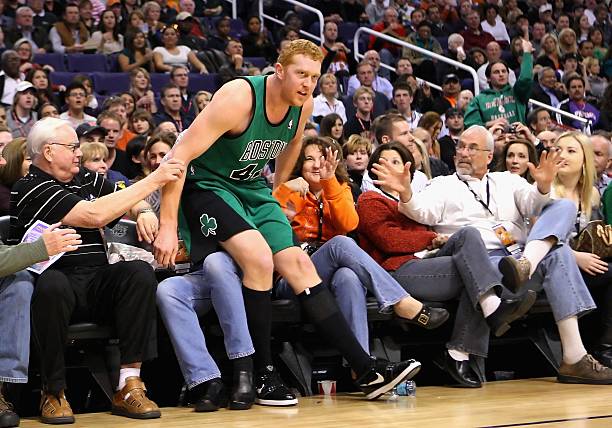 On this day, a trio of former Boston Celtics were born.

March 18th is the birthday of fan favorite big man Brian Scalabrine, who played for the Celtics for five seasons between 2005 and 2010.

A product of USC, White Mamba — as he is affectionately known — was drafted in the second round of the 2001 NBA Draft 35th overall by the then-New Jersey Nets.

Scalabrini would sign a five-year deal with the Celtics in 2005, where he would win a championship with the Banner 17 crew in 2008.

(2008) In honor of Brian Scalabrine's birthday, here's one of the greatest interviews ever.

It is also the birthday of Kedrick Brown, who played college ball at Okaloosa-Walton Community College, and was drafted 11th overall by the Celtics, also in the 2001 NBA Draft.

He would play for the Celtics for three seasons, averaging 3.1 points and 1.4 rebounds per game in his time with Boston.

For my fellow Celtics fans

Yes, Kedrick never lived up to his draft hype (01 draft, 1st RD pick 11), and only last 4 years in the NBA, but he was an incredibly gifted leaper. This dunk looked awesome.

It is also the birthday of forward Glenn McDonald, who was drafted out of Cal State Long Beach by the Celtics 17th overall in the 1974 NBA Draft.

He would win a championship with the Celtics in 1976, and averaged 4.3 points and 1.5 rebounds per game with the team.

Boston has won two games of note since the season of Banner 17 on this date, the first of which was a 94-74 blowout of the Houston Rockets in 2008.

The Celtics ended a 22-game win streak for Houston with gusto with a 22-point, 11-rebound performance from Kevin Garnett. The win was secured with 20 points and 5 assists from Paul Pierce, and a 21-point performance for Leon Powe off the bench.

The Celtics also defeated the Miami Heat on this date in 2009 in a 112-108 overtime win — despite an early appearance of the Hospital Celtics.

Pierce went off for 36 points and 11 rebounds to take the game for Boston in overtime, the only All-Star on the two teams to play of four.

It was an injury-riddled affair, with not only Wade out for the Heat, but also KG, Ray Allen, Leon Powe, Tony Allen and Brian Scalabrine — on his birthday, no less — for the Celtics.