Former Florida point guard Tre Mann is projected to join one of the league’s most talented teams in this mock draft. 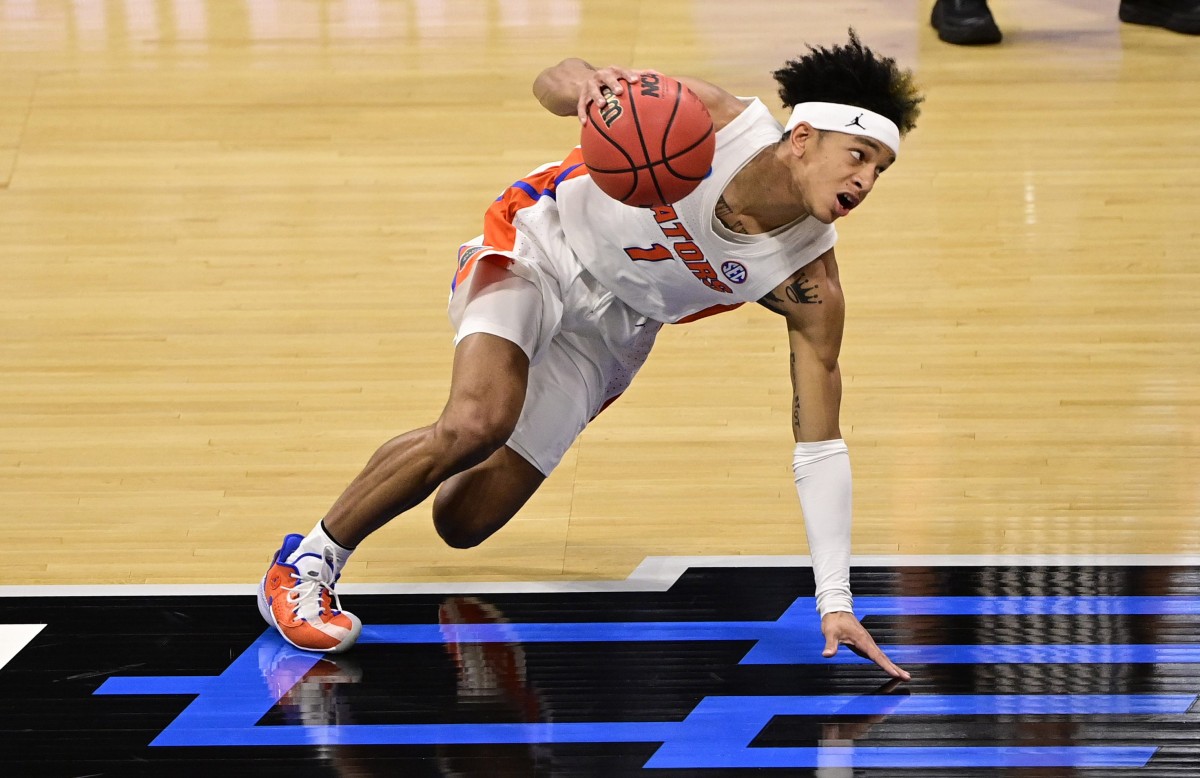 Former Florida point guard Tre Mann is expected to be a first-round pick in the 2021 NBA draft on July 29. Beyond that, though, there are a lot of question marks surrounding where in the round he will go.

Some mock drafts have him just outside the lottery, while other mock drafts having him dropping into the 20s. The latest mock draft from CBS Sports’ Kyle Boone is one of those, and Boone projects Mann to fall further than almost any other mock has shown.

Though commonly projected destinations for Mann include the Atlanta Hawks at No. 20 or the New York Knicks at No. 21, Boone has Mann falling to the Brooklyn Nets with the 27th pick.

A late-blossoming five-star, Tre Mann grew into his No. 1 role down the stretch last season at Florida and emerged as one of college’s biggest heat-check guards. His range paired with playmaking talents has long drawn Steph Curry comps and — while obviously I don’t agree with the comp — I do think in a perfect scenario he’s a really valuable scorer who can help initiate offense.

Boone ranks Mann as the No. 31 overall prospect and No. 9 point guard. At 6-foot-5-inches, he definitely has combo guard potential (though he mostly ran point at Florida), which would prove beneficial for a Brooklyn team with an established point guard in Kyrie Irving.

Between Irving, James Harden and Kevin Durant, the Nets do not want for offense. But the superteam came up short in the Eastern Conference Finals against the Milwaukee Bucks, and adding a plug-and-play offensive like Mann would be a fine use of the team’s late pick.

Based on other mock drafts, it seems a bit unlikely that Mann will remain on the board this long, but even if this prediction comes true, he will be Florida’s first opening-round selection since Bradley Beal in 2012.