Aubrey Hill, a former receiver and assistant coach for Florida and several other schools, died on Sunday after a battle with cancer. 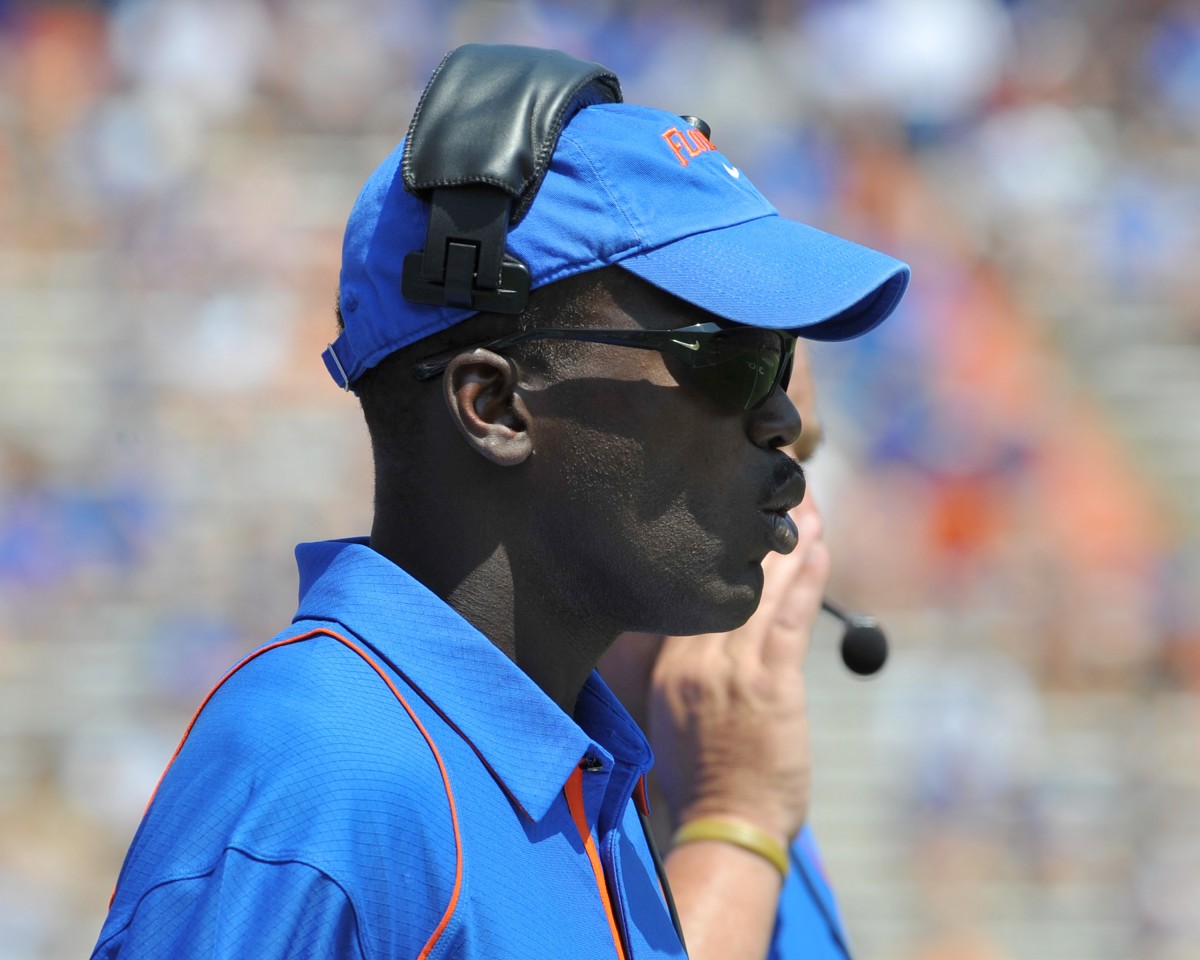 Aubrey Hill, a former receiver and assistant coach for the Florida Gators, died on Sunday after a battle with cancer. His passing was announced by Florida International University, where he has been the wide receivers coach since 2017.

Panthers head coach Butch Davis gave this statement on the death of Hill.

“It was a shock to learn of Aubrey’s passing tonight after his long battle with cancer,” Head Coach Butch Davis said. “Aubrey was loved and adored by so many who saw him not only as a coach, but as an amazing husband and father. We mourn his loss, but we will also hold on to the great memories he left behind and how honored we all were to be a part of his life. We pray for his family and loved ones during this difficult time.”

According to an article from The Athletic, Hill began an aggressive treatment plan for an unspecified form of cancer this spring after FIU’s spring practices were canceled as a result of COVID-19.

Hill played college football at Florida under coach Steve Spurrier from 1991-94, where he was a part of UF’s first three official SEC titles in 1991, 1993 and 1994. He finished his collegiate career with 86 receptions and 18 touchdowns, and he was a team captain his senior year.

After a year off, Hill began his coaching career at his alma mater, serving as a graduate assistant from 1996-98. His first season as an assistant in 1996, the Gators captured their first national championship.

He then landed a gig as the receivers coach at Duke, a post he held from 1999-03. After spending one year at Elon in the same role in 2004, he was taken on by Pittsburgh to coach receivers. He stayed there until 2008, before accepting the receiving coach position at Miami.

With the Hurricanes, he was promoted to recruiting coordinator in 2010. Though UM coach Randy Shannon was fired after the 2010 season, new coach Al Golden decided to retain Hill’s position on staff with the same responsibilities. However, shortly after Golden took the job, Hill accepted the receiving coach position under Will Muschamp at his alma mater.

Hill was a coach for the Gators during Muschamp’s first year in 2011, but just days before the 2012 season began, it was alleged that he was one of the Miami assistant coaches involved in a recruiting scandal that occurred from 2002-10. In response, he resigned from his position at UF. The following year, the NCAA served him a two-year show-cause penalty, essentially barring him from coaching in college football during that stretch.

In response, Hill moved down to the high school ranks, accepting a position at head coach of his alma mater Carol City High School in Miami. He led the Chiefs to a state championship as a coach in 2016.

Following the conclusion of his show-cause penalty, Hill was hired by former Miami coach Butch Davis at FIU in 2017, where he coached up until his death.