Which Steelers stepped up and which fell flat against the Bills? 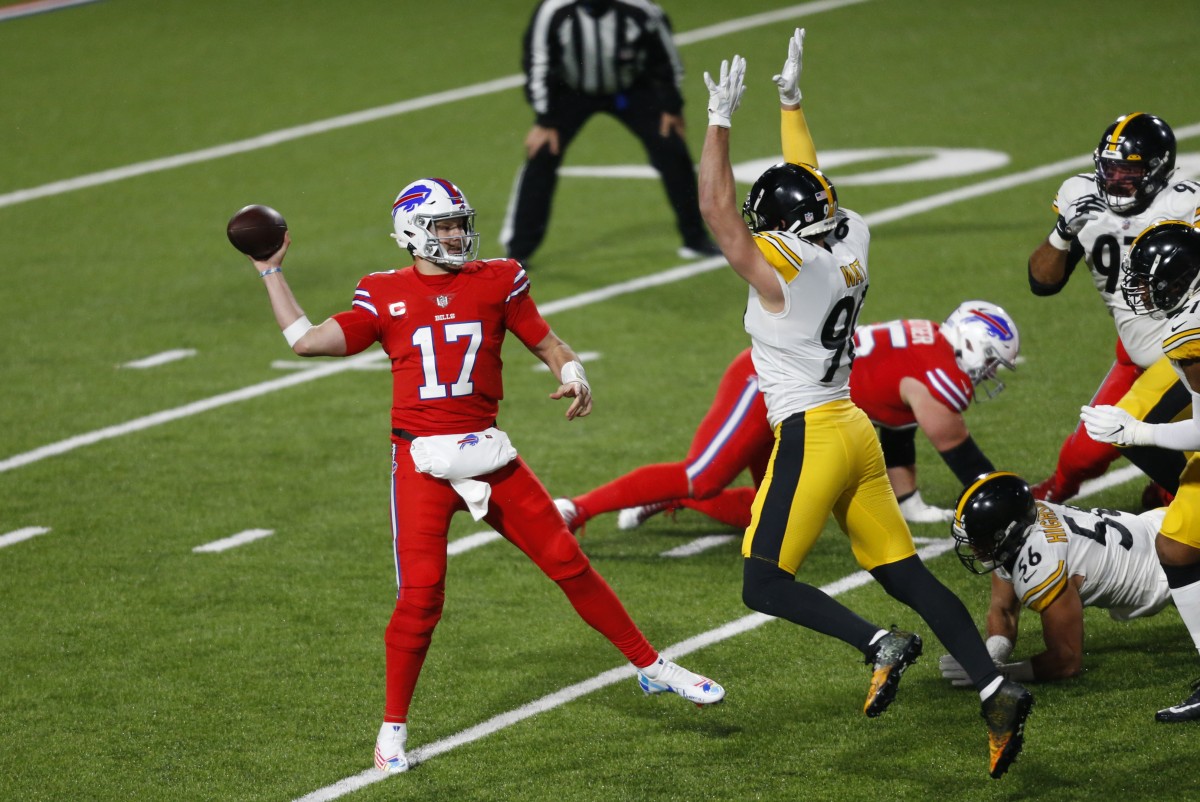 After winning 11 games in a row to start the season, the Pittsburgh Steelers have now lost back-to-back games after falling 26-15 to the Buffalo Bills on Sunday night. The Steelers are in the playoffs with three games left to play but this doesn’t make anyone feel any better about just how poorly the team played.

Here are this week’s winners and losers.

The Steelers had a full collapse in the second half against the Bills. 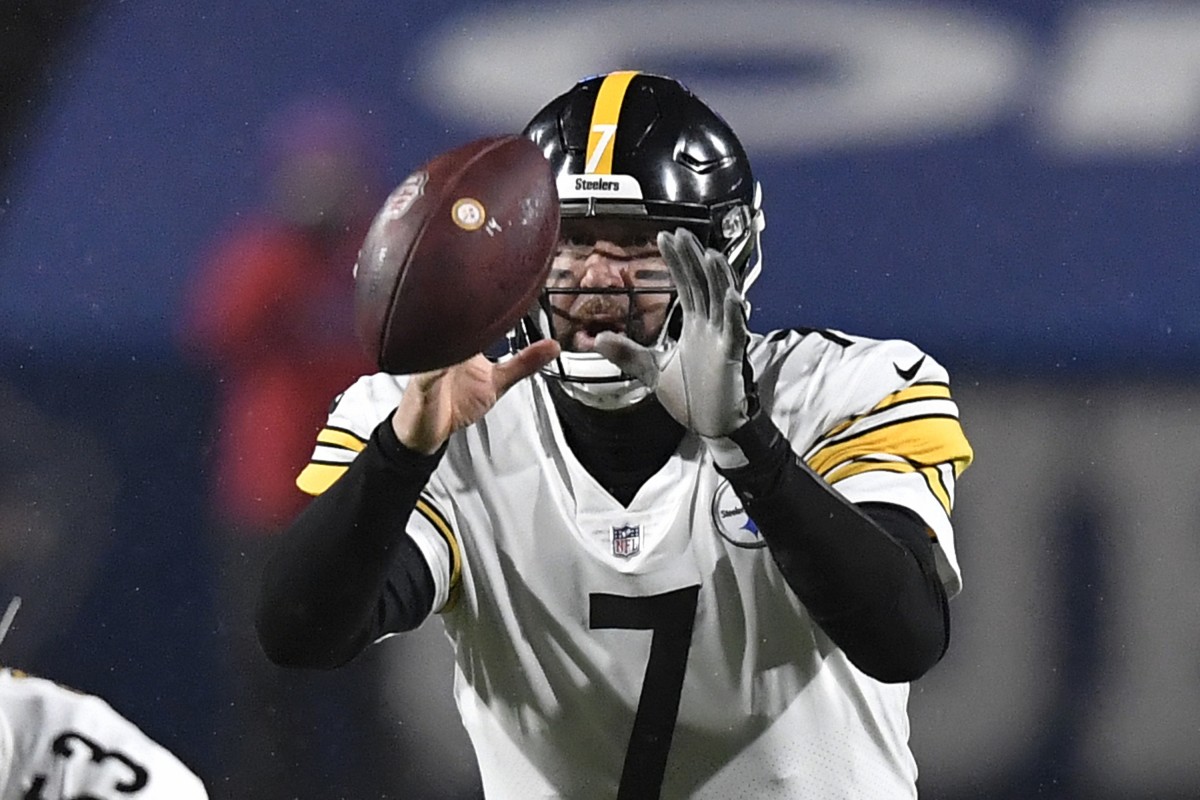 Sunday Night in Buffalo was ugly for the Pittsburgh Steelers. Pittsburgh took on the Bills and came out with their second-straight loss after falling to the Bills 26-15.

Here are my big takeaways from the game.

Ben Roethlisberger once again falls on his sword for the team’s offensive struggles. 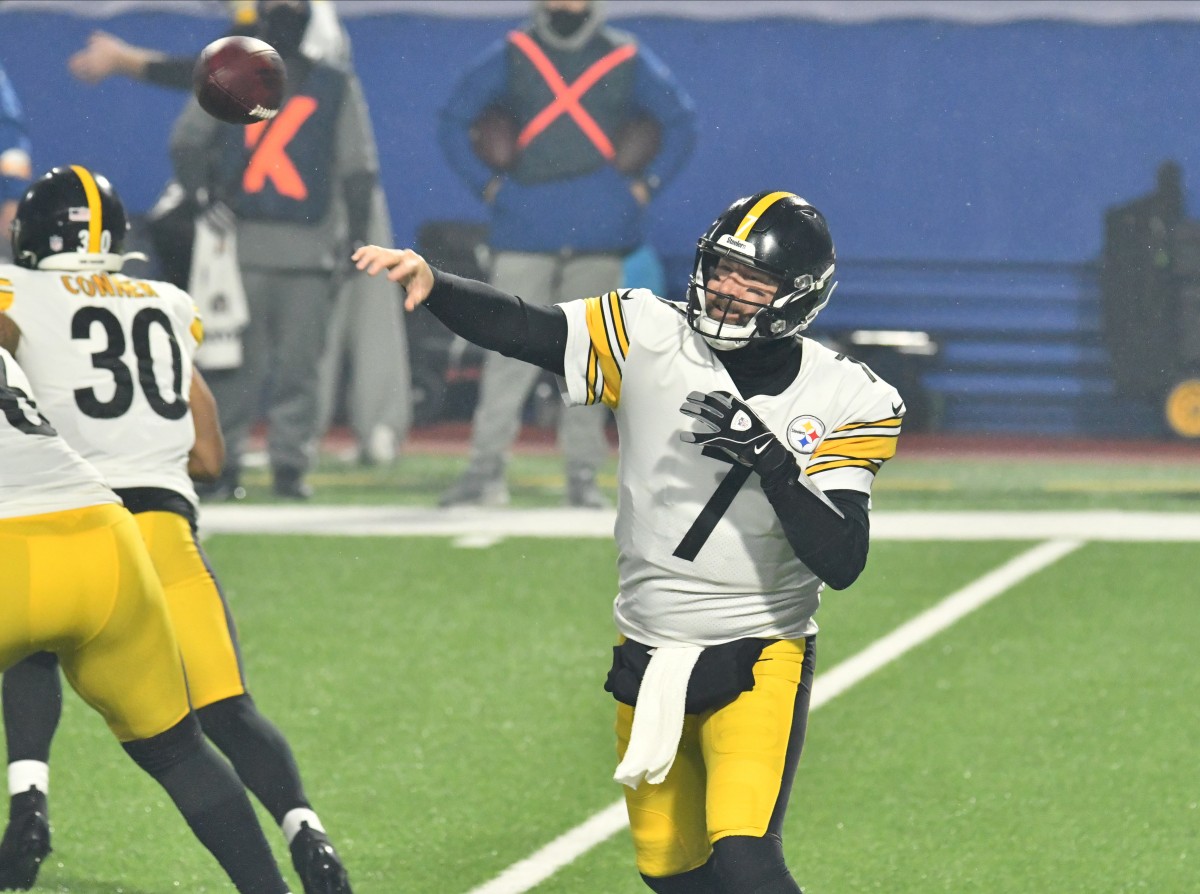 With just three games left in the regular season, the Pittsburgh Steelers find themselves in the midst of a two-game losing streak after their 25-16 loss to the Buffalo Bills. Steelers QB Ben Roethlisberger took the podium after the game and sounds like a guy who feels like the team can perform better but at the same time is very down on himself about his own performance.

This sounds like a guy who understands this team can turn things around heading into the playoffs. But when ESPN reporter Brooke Pryor dug a little deeper with Roethlisberger about his hand in the struggles, he was blunt.

Roethlisberger even hinted that if he doesn’t think he can help this team win he needs to think about hanging them up. We have heard this before from Roethlisberger but it really just shows how invested he is in this team and how personal he takes these failings even if he isn’t solely to blame.

Was Steelers TE Eric Ebron genuine when he interrupted Josh Allen’s interview to congratulate him? 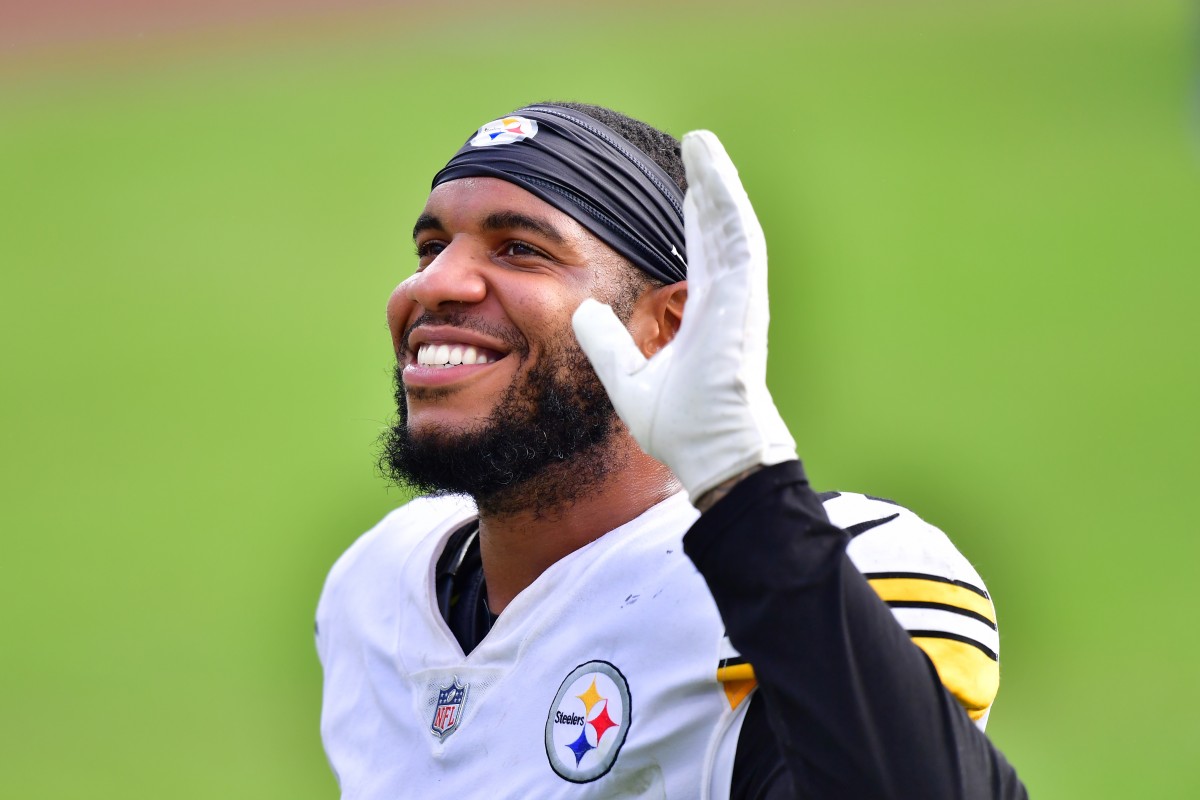 Eric Ebron interrupted Josh Allen’s postgame interview to dap him up and congratulate him on a “nice win.”

I will never pretend to understand what goes on inside the mind of Pittsburgh Steelers tight end Eric Ebron. Ebron has struggled the last few weeks with dropped passes which resulted in him being limited on the field in Sunday’s loss against the Buffalo Bills.

But the most memorable thing he did on the field came after the game. While Bills quarterback Josh Allen was being interviewed after the game, Ebron strolled up and offered up what might be described as an overzealous congratulations on camera that 100 percent came across as disingenuous.

Was this move by Ebron harmless or was this a bad look for a guy who has struggled coming off of an embarrassing loss? I want to hear from Steeler Nation so please let me know in the comments below what you make of this move by Ebron.

Steelers Wire examines the impact of how the NFL messed with the Steelers schedule on the last three weeks. 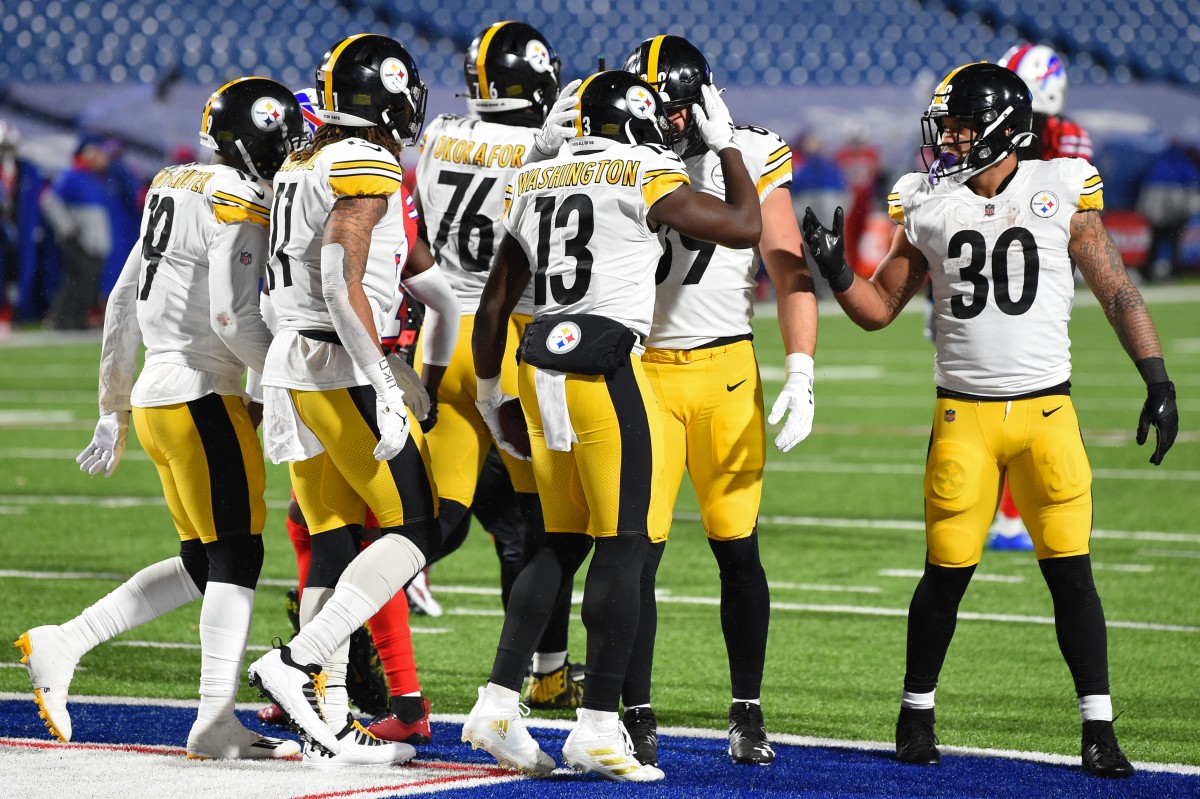 There is no single reason why the Pittsburgh Steelers have played so poorly the last three weeks. After scoring at least 26 points in each of their first 10 games, the Steelers have failed to score 20 points in a single game since. On Sunday, the Steelers completely collapsed in the second half against the Buffalo Bills and went down 26-15.

Even the stout NFL defense has been uncharacteristically off during this three-game stretch where Pittsburgh has gone 1-2.

We can debate all the potential reasons why this is happening and we will but we must consider the elephant in the room. Three games in 12 days.

The Steelers were supposed to take on the Baltimore Ravens on Thanksgiving day but thanks to a COVID-19 outbreak on the Ravens, the game was pushed all the way to the following Wednesday. It was a ridiculous compromise by the NFL and only served to further punish the Steelers for doing nothing wrong.

I say further because early in the season, Pittsburgh was forced to sacrifice their bye week because the Tennessee Titans ignored COVID-19 protocols.

If you think all of this hasn’t had a cumulative effect on the Steelers and didn’t play a significant role in the team’s recent struggles, you just aren’t paying attention.

Unfortunately, the NFL doesn’t care and the schedule pushes forward. Even though the Steelers have secured a playoff spot, there are still three games left and at least two of those look like games a worn-out Steelers team could easily lose.

The Steelers had no answer for the Bills in the second half and lost their second game in a row. 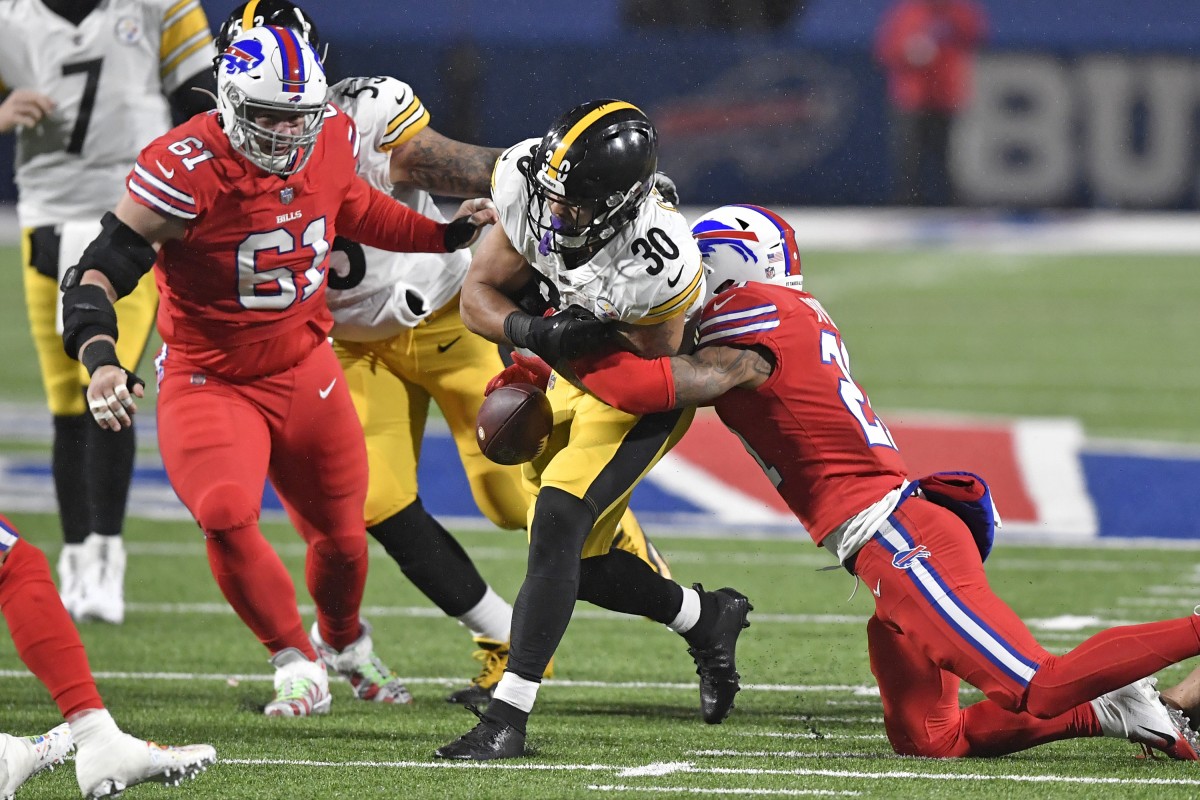 For two weeks in a row, the Pittsburgh Steelers have looked like anything but a team making a push for a Super Bowl. Pittsburgh had a total second-half collapse against the Buffalo Bills on Sunday and fell to 11-2 after losing 25-15.

Steelers fans lived through a 2019 late-season collapse that cost the team a shot at the playoffs and the performance on Sunday really gave all those same sorts of feelings.

The Steelers offense still can’t find any sort of identity and continued to be plagued by a lack of rushing attack and dropped passes. We can speculate all we like about the reasons why this high-powered offense is sputtering but the only thing that matters is that there seems to be no end in sight.

On defense, Pittsburgh put on a show in the first half shutting down the Bills offense completely. But as we have seen for the past several weeks, this group just cannot put together two halves of football. The Steelers were playing without several key starters and the lack of depth really showed as the Bills just wore them down in the second half.

Thankfully, Pittsburgh clinched a playoff spot on Sunday but their hold on the AFC North is hanging by a thread.

The Pittsburgh Steelers are running out of healthy bodies on the offensive line. 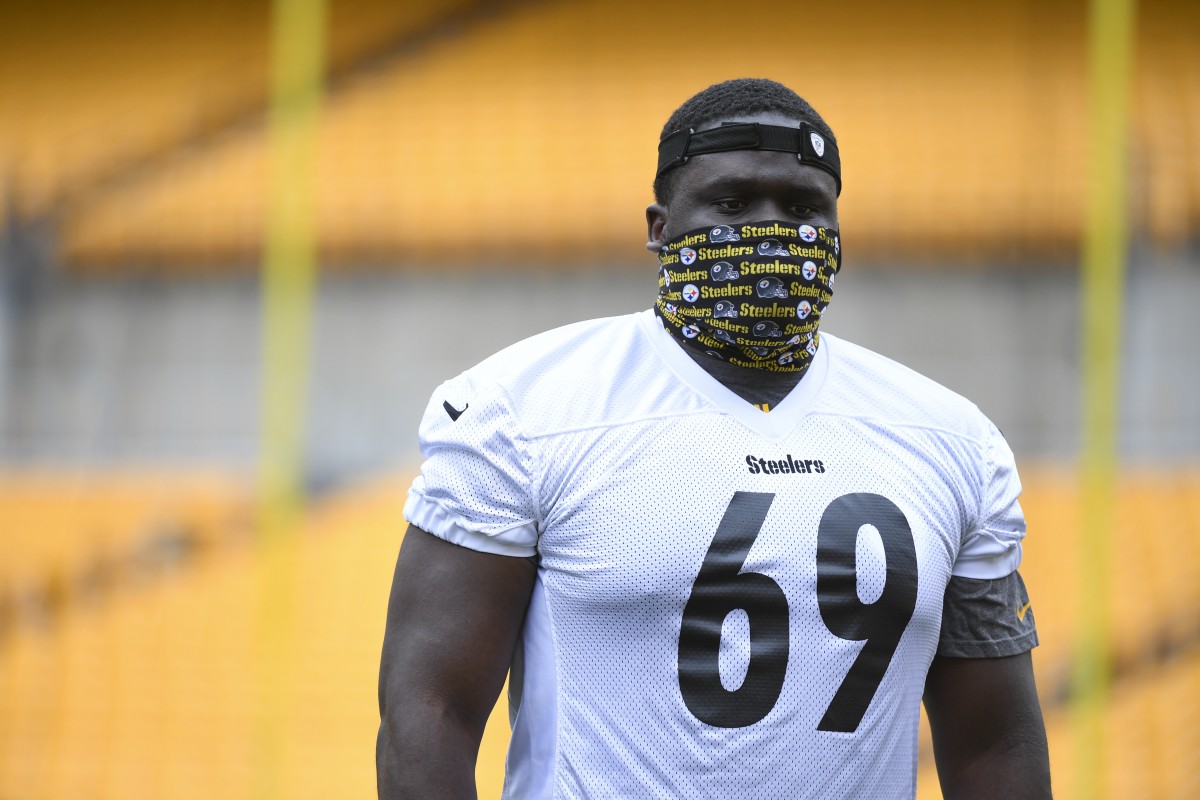 #Steelers G Kevin Dotson is out for the remainder of tonight’s game with a shoulder injury.

The injuries keep coming for the Pittsburgh Steelers. First, the Steelers lose guard Matt Feiler to a shoulder injury and now his replacement, Kevin Dotson has been ruled out with a shoulder injury of his own. The leaves reserve center J.C. Haussenauer as the only able body left and he will fill in at left guard against the Buffalo Bills.

The Steelers have replaced Matt Feiler in the lineup after he suffered a shoulder injury against the Bills. 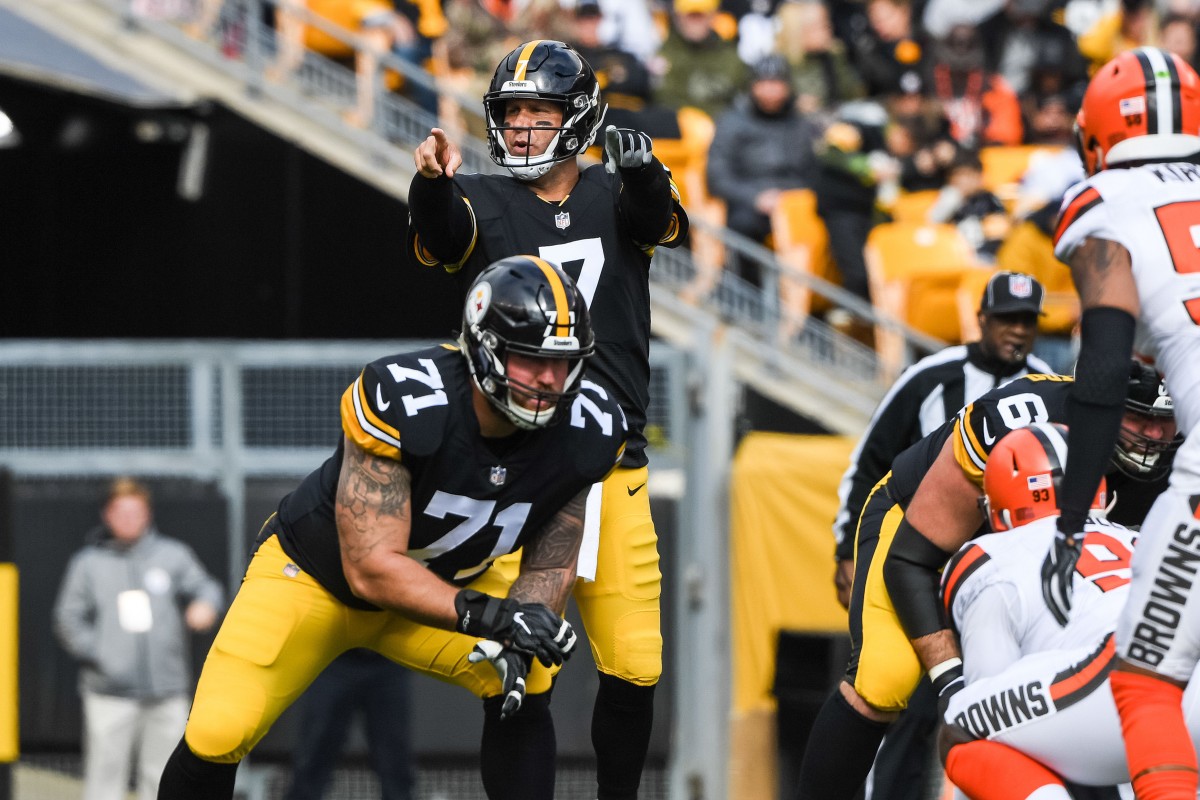 The Pittsburgh Steelers announced that guard Matt Feiler sustained a shoulder injury in the first quarter against the Buffalo Bills and is questionable to return. Feiler has been replaced in the starting lineup by rookie Kevin Dotson.

Here are the inactives for Pittsburgh ahead of tonight’s game with the Buffalo Bills. 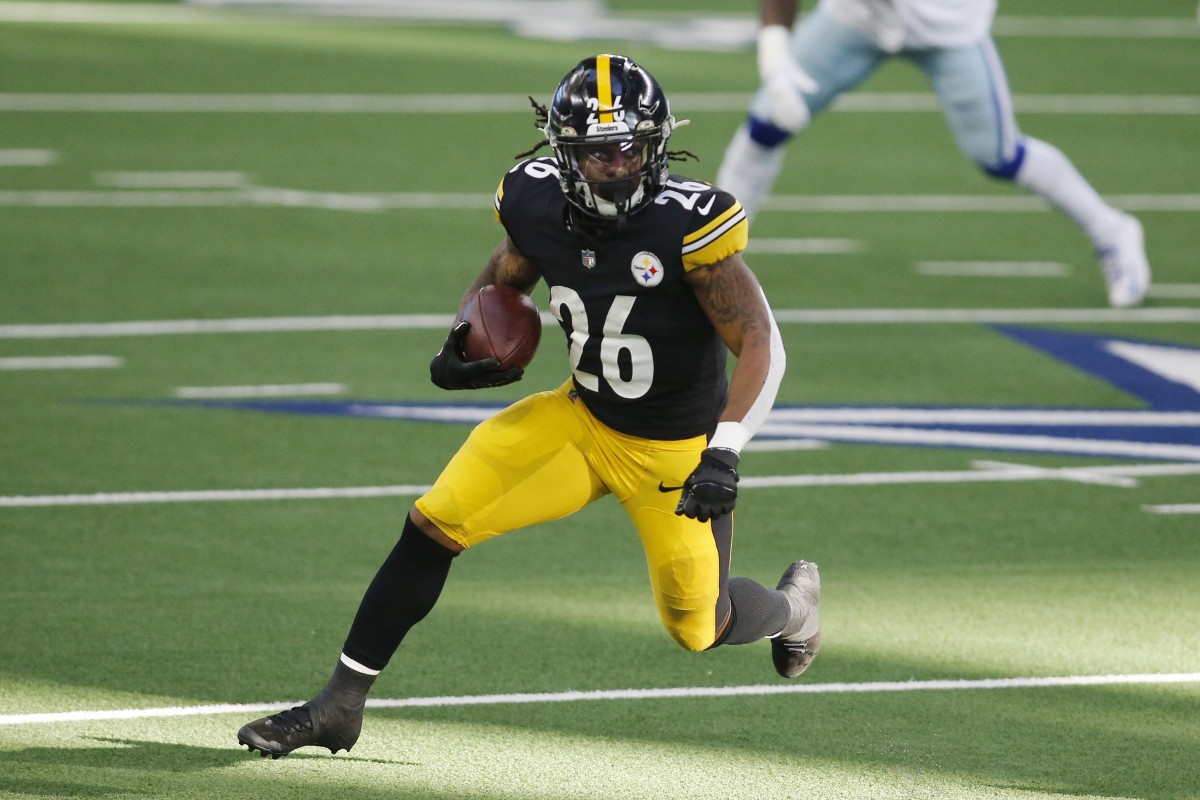 With running back James Conner coming off the Reserve/COVID-19 list, the Pittsburgh Steelers had one too many running backs on their roster for tonight’s game against the Buffalo Bills. This means rookie running back Anthony Mcfarland is a healthy scratch and instead Pittsburgh will keep Jaylen Samuels as the team’s third back.

No surprises among the rest of the inactives. Cornerback Joe Haden is missing the game due to a concussion meaning Cameron Sutton will be starting in his place.

When the Pittsburgh Steelers take on the Buffalo Bills tonight, they’ll have some intel in their back pocket, and its name is Avery Williamson. 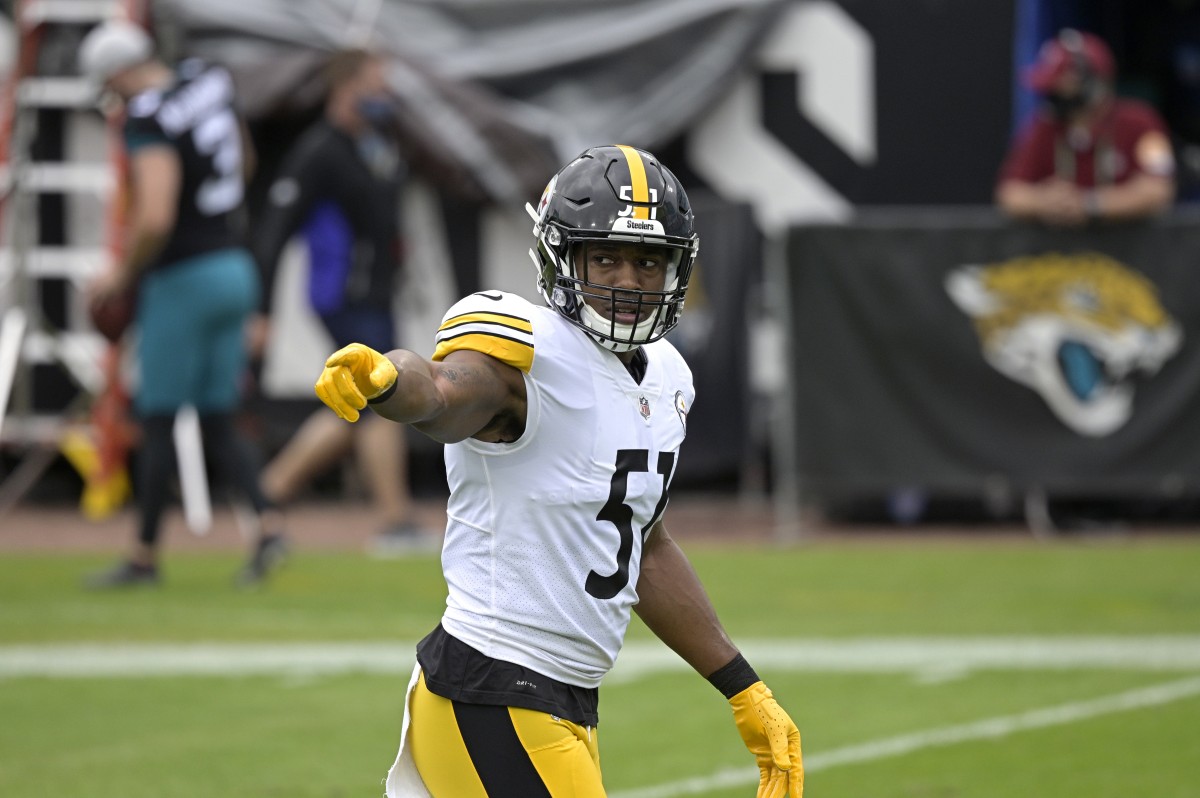 When the Pittsburgh Steelers take on the Buffalo Bills tonight, they’ll have some intel in their back pocket, and its name is Avery Williamson.

Initially, the Steelers signed the 7th-year linebacker in November to solidify depth when Devin Bush went down. Fast forward 38 days, and Williamson is being thrust into his first start in the Black and Gold after Vince Williams was placed on Reserve/COVID-19 list and Robert Spillane went to injured reserve on Saturday.

With Williamson comes familiarity with Buffalo, as the Jets played the Bills twice in seven weeks this season. Williamson did not play in the first Bills matchup — he was being eased into action after an ACL tear stripped him of the entire 2019 season. But he was active for Week 7 and made it a good one, racking up a team-leading 13 tackles. It was only one game; still, Williamson feels he can use that to his advantage.

“I know that they definitely got some tendencies,” said Williamson in a press conference last week. “We game-planned for them pretty well that second game with the Jets. It was a close game. I’m definitely going to use what I learned that week and transfer some of it over to now.”

Though Williamson was itching to play from the moment he set foot in Pittsburgh, he admits the acclimation period was helpful.

“I feel a whole lot better with where I’m at,” Williamson said. “I definitely thought I was ready the first week I got here, but I wasn’t nowhere near ready. It took a little time. I’ve never been in a situation where I been traded and had to learn a whole new playbook in the middle of the season. … I feel a whole lot more comfortable.”

Pittsburgh had the luxury of easing Williamson into the defense, as it wasn’t urgent he take on a big role immediately. His 38 snaps last week were the most he’s had since signing with Pittsburgh.

Williamson took over calling plays for Spillane after his exit last week, which instilled confidence enough for Pittsburgh to tab him as play-caller versus Buffalo. It won’t be his first rodeo, though; Williamson called defensive plays with the Jets.