The Pete Dye Course at French Lick Resort is the top course on the Golfweek’s Best Courses You Can Play list in Indiana. 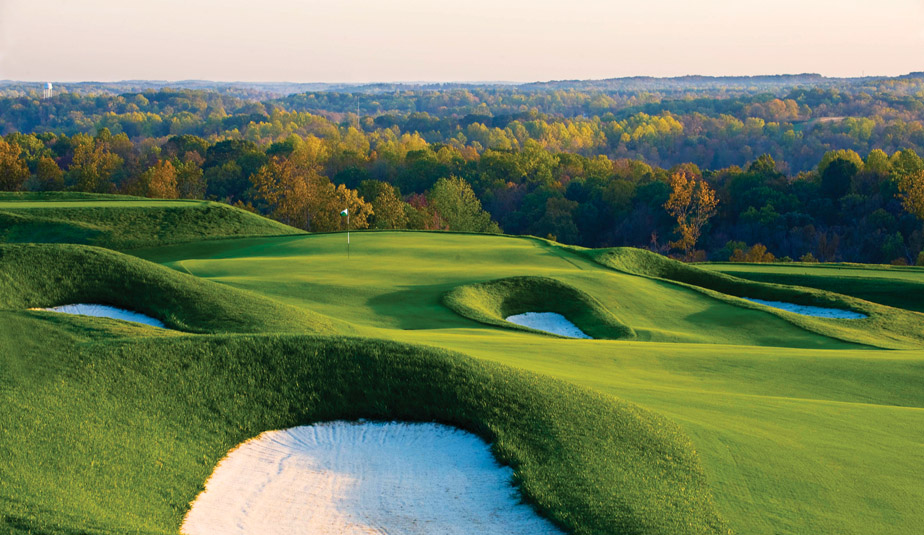 When basketball fans think of the best from central Indiana, they might reflect on the Hick from French Lick, Celtics great Larry Bird.

Switching sports, when traveling golfers think of that same region, it’s completely natural to focus on French Lick Resort, home to the top two public-access golf courses in the Hoosier State. And even more famous is Pete Dye, the famed course architect who left his fingerprints all over the course rankings for Indiana.

Golfweek ranks courses by compiling the average ratings – on a points basis of 1 to 10 – of its more than 750 raters to create several industry-leading lists of courses. That includes the popular Best Courses You Can Play list for courses that allow non-member tee times. These generally are defined as layouts accessible to resort guests or regular daily-fee players.

The Pete Dye Course at French Lick Resort is No. 1 on that list. Opened in 2009 on rugged terrain, the layout first took shape on a napkin, with Dye facing many challenges on the land but also many opportunities. The result is a modern stunner that ranks No. 4 on the 2020 Golfweek’s Best list for casino courses in the United States, No. 38 on the 2021 list for all resort courses in the United States and No. 147 on the 2020 list for modern courses built in or after 1960 in the U.S.

French Lick Resort’s Donald Ross course, by contrast, is a much more traditional layout, as would be suggested by its iconic namesake designer. Built in 1917 and restored in exacting detail by Lee Schmidt and Michael Fay in 2005, the Ross layout ranks No. 2 on Golfweek’s Best Courses You Can Play list for Indiana, No. 16 among all casino courses in the U.S. and No. 106 for all resort courses.

Pete Dye, in partnership with Tim Liddy, struck again for No. 3 on Golfweek’s public-access list for Indiana with The Fort, which opened in 1997 at the former Fort Benjamin Harrison U.S. Army post. Dye shows up again with the No. 4 course in Indiana, the Birck Boilermaker Golf Complex’s Kampen Course at Purdue University in West Lafayette.

The No. 5 honor in Indiana goes to the design duo of Bill Coore and Ben Crenshaw and their Warren Golf Course at Notre Dame, which opened in 2000.

Golfweek’s Best Courses You Can Play in Indiana