Before Florida’s win over West Virginia on Saturday, the Gators were listed as a No. 9 seed in SI’s NCAA Tournament projection. 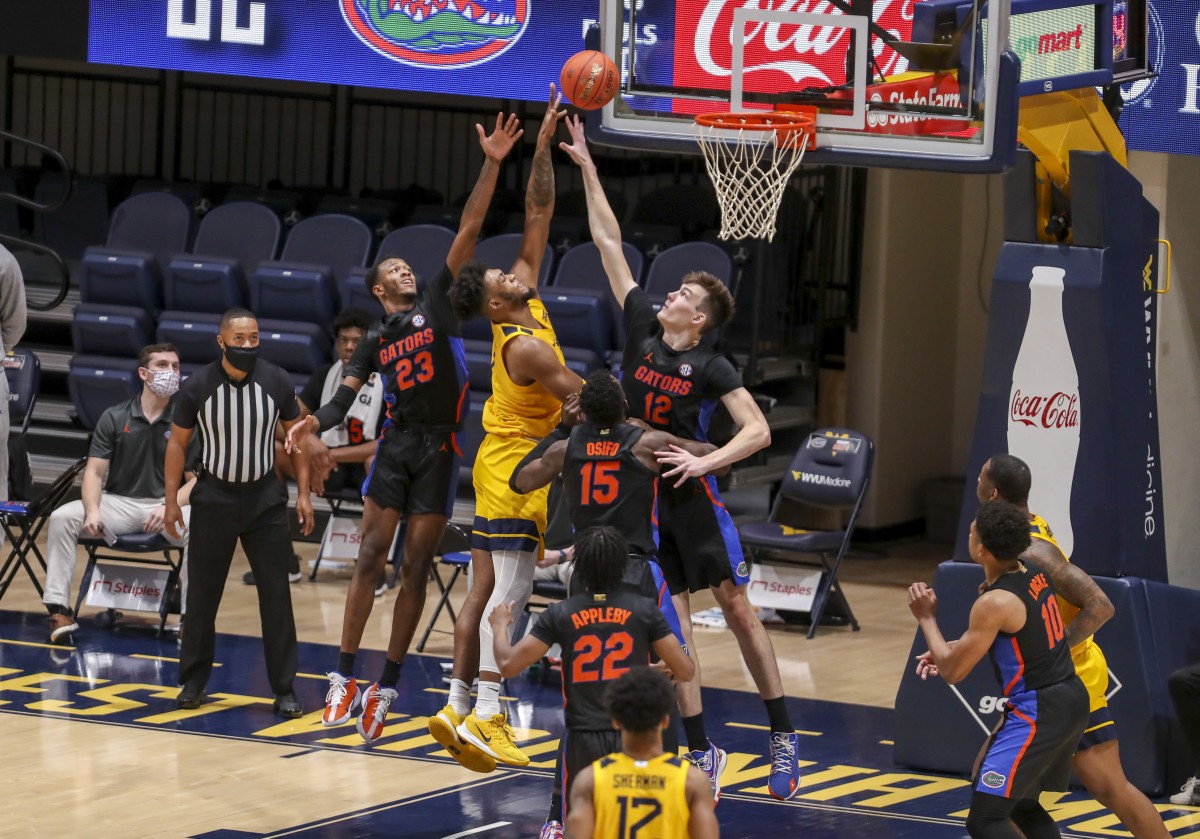 Florida has done a lot of work in the last couple of weeks to build its NCAA Tournament resume. Even before the win over No. 11 West Virginia, the Gators had won three of their last four games (including a victory at home against then-No. 6 Tennessee).

The latest bracketology update from Sports Illustrated is reflective of this, having UF on the nine-seed line and currently safe from the bubble range. Presumably, the victory over the Mountaineers, which propelled UF up nine spots to No. 18 in the NET, will have Florida seeded even higher next time around.

According to this projection, the Gators would draw No. 8 UConn in the First Round, the victor of which would likely take on Gonzaga, the top seed in the region, in the Round of 32. Also in the region are a pair of SEC teams in No. 5 Tennessee and No. 7 LSU.

Three other conference teams appear in this projection. Alabama is a No. 2 seed and Missouri is a No. 5 seed, while Arkansas is listed as a play-in team, slotted to play Loyala Chicago for a 12-seed spot and a game against No. 5 UCLA.