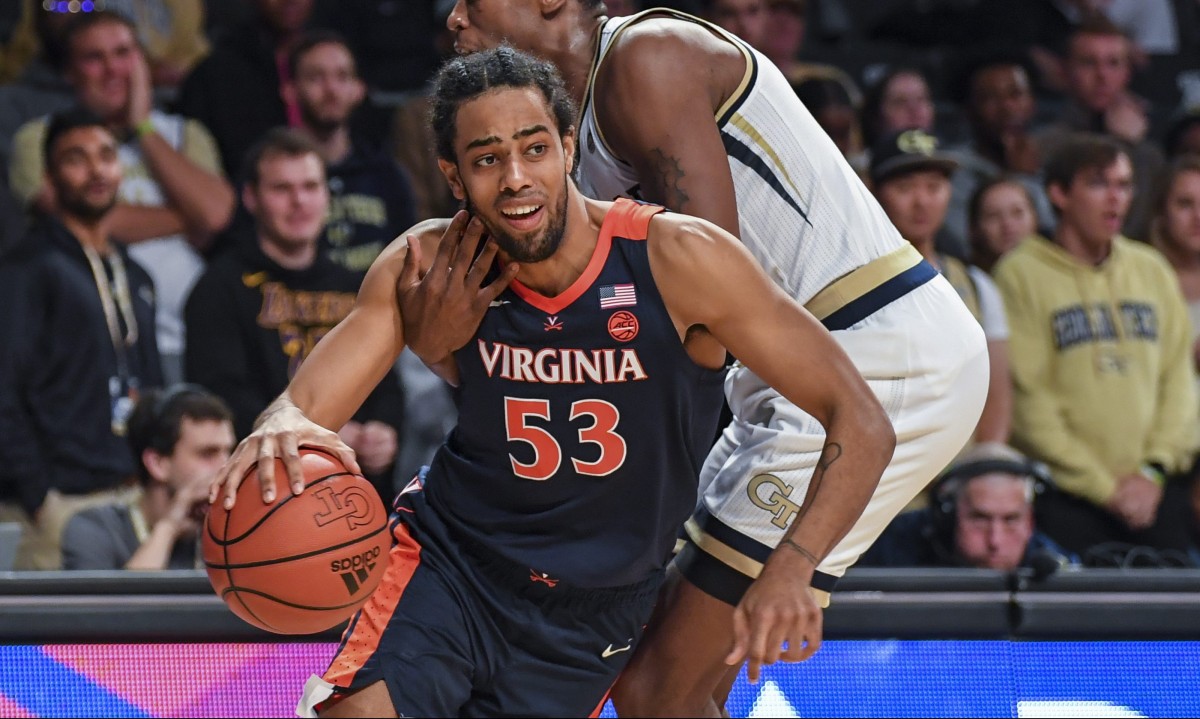 NC State at Virginia: Three things you need to know

Virginia has been struggling recently but did snap a three-game losing skid by defeating Georgia Tech 63-58 in its last game. NC State has won its last two games, against Clemson and Miami, and has the same ACC record as Virginia at 4-3.

The defending National Champion Cavaliers are just missing too much production from last year’s squad to feel confident enough in a Virginia (-209) moneyline wager. They rank 351st in points per game, 348th in 3-point percentage and 316th in field-goal percentage. Given their recent history against the Wolfpack and in the ACC, I cannot justify an NC State (+170) bet, either.

PASS on the NC State-Virginia MONEYLINE.

The home team generally has the edge in these games—home teams are 5-1 against the spread in the last six NC State-Virginia meetings—but that was with a title-contending Cavaliers team. The 2019-20 Virginia Cavaliers aren’t that good. You’ve read their offensive plummet above and the following Virginia ATS trends are also alarming: Virginia is just 6-11 ATS on the season, including 3-7 ATS at home and 3-5 ATS at home against teams above .500.

Also, this game should remain close because the NC State senior backcourt of Markell Johnson and C.J. Bryce are itching to get their first win against Virginia before graduating.