For a handful of women in the ANWA field, a bonus year of college golf came with another carrot: A trip to Augusta National. 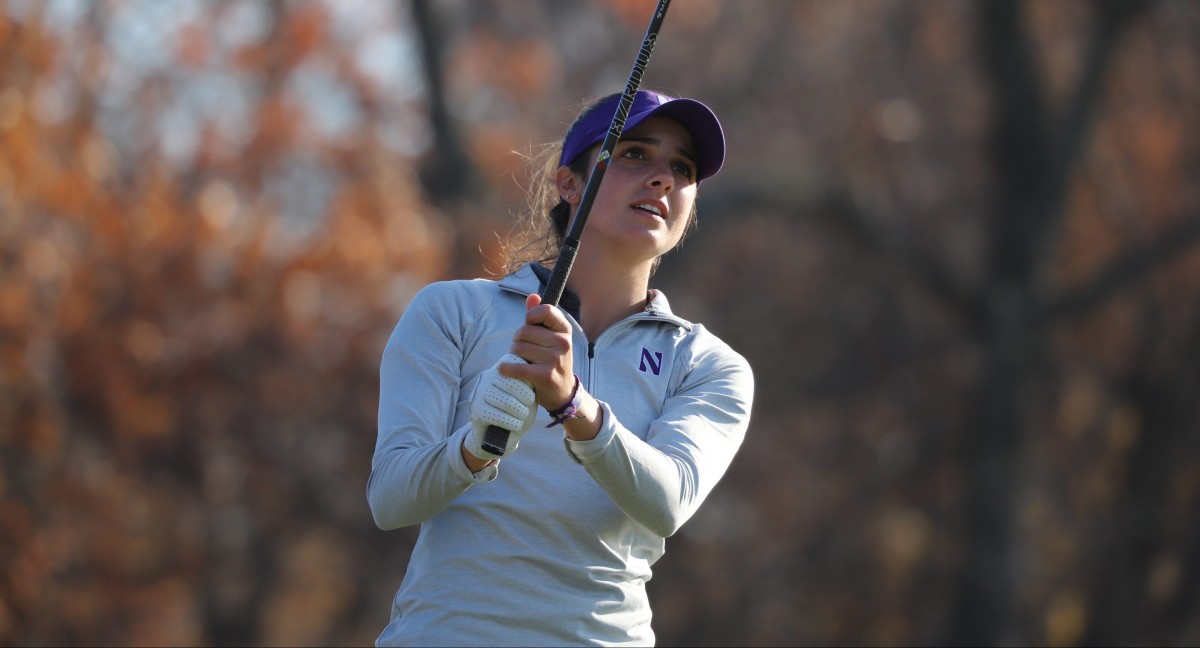 When Brooke Riley finds herself with extra time on her hands, she pulls up a familiar YouTube video. Riley, a graduate student at Northwestern, watched the final-round broadcast of the inaugural Augusta National Women’s Amateur in 2019 in real time. Now she watches the rerun so often it’s become familiar background noise in her apartment.

“Whenever I sit down and have a break, I pretty much put it on that final round at Augusta,” she said, “and just seeing Maria (Fassi) and Jennifer (Kupcho) shown so much and just seeing how they played the golf course is actually super beneficial.”

This time, Riley will be at the Augusta National Women’s Amateur. Having qualified in 2020, she finally gets to make good on the invitation. So much has happened since she found out she’d be in the 2020 ANWA – a tournament that ultimately was canceled because of COVID.

Augusta National indicated early on it would honor invitations from the 2020 tournament the following year. Riley knew she’d have a spot in Augusta before she was even certain she’d be able to return to her college roster for a fifth year.

“I kind of was running myself through scenarios, of if I don’t get a fifth year in college golf, this is such an incredible opportunity, will I stay an amateur the rest of the year to be able to get that back?” Riley said. “I definitely think I would have done that just for the opportunity to play a competitive tournament at Augusta.”

The NCAA announced it was granting spring-sport athletes a fifth year March 30, 2020, the day Riley turned 22. She finished her bachelor’s degree in communications and returned last fall to start a master’s degree in sports administration.

“It’s been a pretty ideal year,” she said.

Next up: Augusta National. Riley and three Northwestern teammates played the course in January 2019 with an alum. It was a kid-in-a-candy-shop day, and Riley knows she’ll have to look at it from a completely different perspective in competition.

In 2019, Northwestern sent Stephanie Lau to the ANWA. Lau, who graduated later that spring, will return to caddie for Riley this week. Neither is overthinking it.

“I think we’re really similar in that way,” Riley said of being confident in her prep work. “I think we just talked about keeping it fun with each other.”

Among this year’s 84-player ANWA field are 10 fifth-year college seniors. Half of them are ANWA returners – including USC’s Allisen Corpuz and South Carolina’s Pimnipa Panthong, who tied for 17th in 2019 – while the other half are competing for the first time. Riley and Illinois’ Tristyn Nowlin gained entry into the field through a new qualification category: one that brought in players who qualified for the 2020 tournament but wouldn’t have secured an invitation in 2021.

It’s a sweet second chance, and Nowlin is more grateful than ever for such things.

In the months leading up to the 2019 ANWA, Nowlin was sidelined with an injury to her right wrist. Combine that with a pandemic, and Nowlin, who missed the 36-hole cut at the inaugural ANWA, has a newfound appreciation for golf.

“I’ve played with a little bit more of a sense of freedom,” Nowlin said. “I think this whole process of not necessarily being able to compete in the fall has brought back a lot of joy into the game. I’m just really looking forward to the ANWA. It’s so special.”

Nowlin was on the Illinois team that advanced to the NCAA Championship for the first time in program history in 2019. It was a huge motivator, and an experience that brought her team together. Nowlin, from Richmond, Kentucky, knew she wanted to finish her career at Illinois. The ANWA would be a nice carrot.

“I think for me, it came as a bonus,” she said. “It was kind of secondary to wanting to come back and be with the team because I consider Illinois my home.

“It certainly did come up in the thought process, thinking, ‘Oh I will be able to play the ANWA again,’ and just the fact that they extended those invitations because we weren’t able to play, very grateful for that.”

Spain’s Ana Pelaez was at Augusta National for the final round of the ANWA in 2019, she just wasn’t inside the ropes. That changes this year.

Only 30 players make the cut to compete at Augusta National on the final day and Pelaez, who is completing a fifth year at the University of South Carolina, managed to get an extra ticket in 2019 from compatriot Marta Perez. The Spaniards fared well that day with Perez finishing T21 and Pelaez’s former Gamecock teammate Ainhoa Olarra finishing T12.

Pelaez is one of four Gamecocks in this field this time, joining Pauline Roussin-Bouchard, Paula Kirner and Panthong, another super senior.

In January 2020, Pelaez was No. 176 in the World Amateur Golf Ranking, which is used to determine the majority of the field. With the ANWA on her mind, she made it a goal to move up. A year later was ranked inside the top 15.

All four Gamecocks received their invitation on the same day, after a team workout.

Pelaez had imagined she’d turn pro after her senior season, but COVID shook up that plan. As head coach Kalen Anderson put it, Pelaez had unfinished business in Columbia. Coming back, Pelaez realized, would also allow her to repay the debt she felt to her coaches.

“I think it’s also a way to show them how thankful I am for these past five years,” she said.

COVID threw another wrench in the plans because for several months, it was unclear whether college golf would even happen in the fall. South Carolina, in the SEC, was among the lucky teams to compete, but Pelaez didn’t return until the spring season. She hasn’t finished worse than sixth in four starts with the team.

Unlike Pelaez, Kiira Riihijarvi didn’t think about the ANWA much after she found out that anyone who received an invitation in 2020 would be invited back in 2021. She figured most of the field was already accounted for. Her thinking changed in December when she got an email indicating she was in consideration for an invitation. Then she started playing closer attention to her position in the World Amateur Golf Ranking – even dropping a few tournaments that she knew wouldn’t help her ranking.

Ultimately, Riihijarvi, who grew up in Finland, got an invitation. She will be the lone NCAA Division II player in the 84-woman field.

Back in 2019, Riihijarvi followed much of the ANWA online, and tuned in to the end of the broadcast.

“I watched the last five holes I think on TV but I did follow it the whole time because I thought it was such a cool event to actually get the best women amateurs to play in Augusta,” she said. “That was such a cool concept to me so I was following a lot.”

Riihijarvi could be playing the Symetra Tour by now after earning status at LPGA Q-School in 2019. COVID brought such uncertainty, however, that after graduating with her undergraduate degree in marketing, Riihijarvi decided to return to Tampa to compete a master’s degree.

“I decided before I knew they were going to start playing again but I don’t regret it, I really like that I took an extra year,” she said. “The Augusta Women’s Amateur just makes it all worth it.”