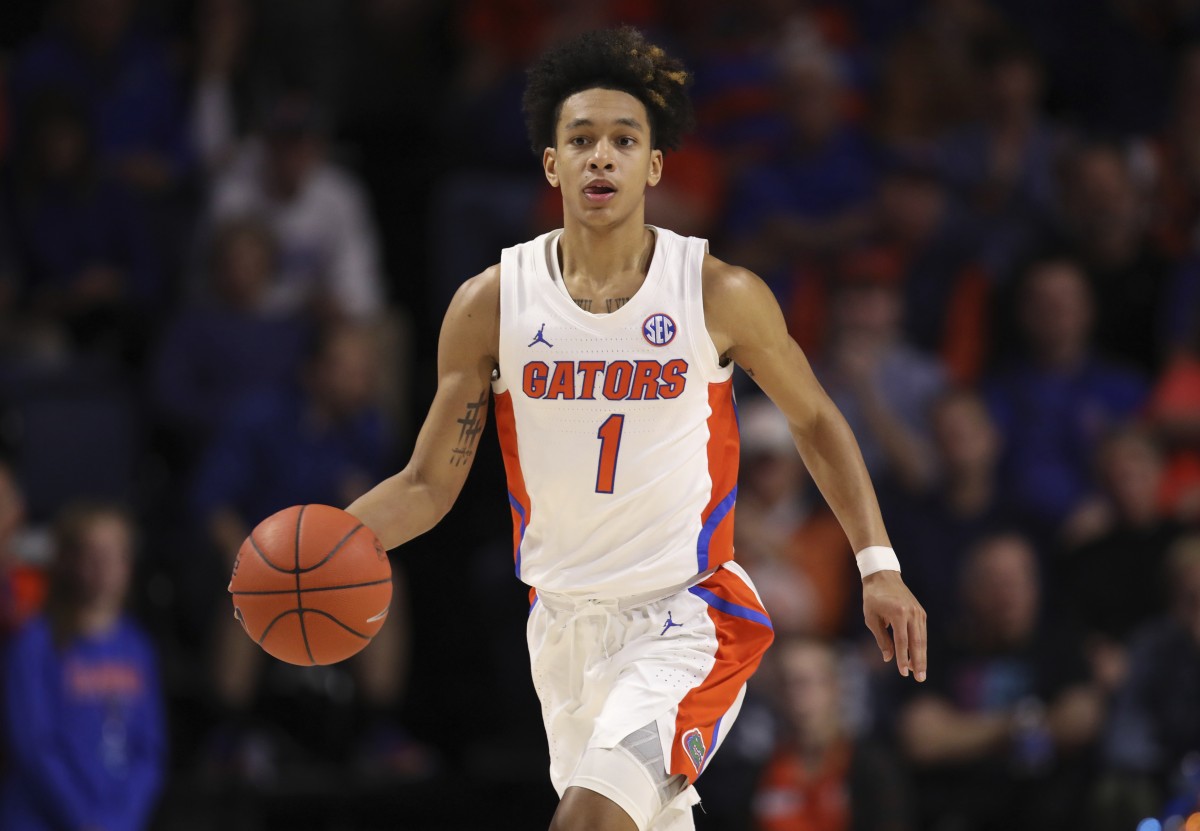 Former Florida point guard Tre Mann headlined a group of prospects that worked out for the Indiana Pacers on Wednesday in the team’s first pre-draft workout. Also among the players working out for the Pacers were Alabama’s Joshua Primo and Auburn’s J.T. Thor.

Mann is coming off a stellar sophomore season in which he more than tripled his scoring average to 16 points per game, almost single-handedly leading the Gators through their brief postseason run. He’s expected to be a first-round pick in the 2021 NBA draft, with some mock drafts even projecting him as a lottery pick. However, most have him falling toward the latter half of the round.

The Pacers aren’t the first team Mann has worked directly with. He also worked out with the Houston Rockets last week, and he met with the Philadelphia 76ers, as well. Mann said that he would be a good fit with Houston, and he told NBA.com that he sees himself in the mold of other young guards that have found success recently like Trae Young.

“That’s the modern-day guard in the NBA right now, guys that can create for themselves, shoot off the dribble with range,” Mann said. “I feel like I do that the best in this draft class right now. I think that’s going to separate me a lot.

“Guys like that where I feel like they’re crafty, they create their own shots, and (they have) the same type of game that I have. I feel like I’m a wiggle player, get to my spots and can beat a guy off the dribble whether I’m shooting for deep or getting to the rim.”

The Pacers have three picks in the 2021 draft: No. 13, No. 54 and No. 60. Mann will almost certainly be off the board by the team’s two picks at the end of the second round, so if Indiana wants to land him, it will have to do so with the 13th pick.

Mann has been mocked as high as 10th overall, but more common projections include New York or Atlanta (which would pair him with Young) at picks 19-21. The Pacers already have a very solid scoring duo in the backcourt between Malcolm Brogdon and Caris LeVert, who each averaged over 20 points last season, but adding Mann would provide another scoring dimension for a team that missed the playoffs by falling to Washington in the play-in.