Using ESPN’s football power index win probability for each game, the Cardinals are the likely winner 13 times this coming season. 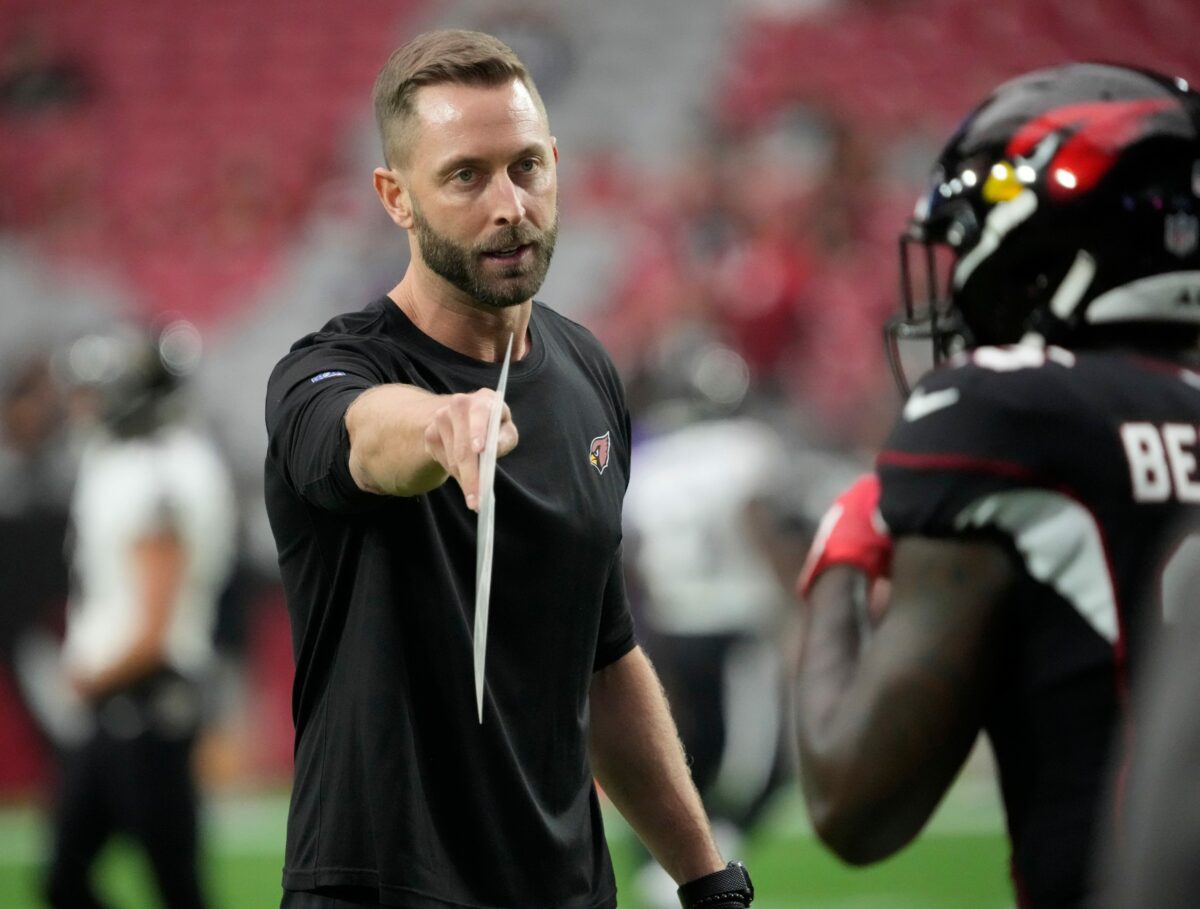 The Arizona Cardinals begin the 2022 NFL season this weekend with a game at home against the Kansas City Chiefs. They are hopeful to improve over last season.

In 2021, they went 11-6, made the playoffs for the first time since 2015 but were blown out in the first round by the eventual Super Bowl champion Los Angeles Rams.

Entering 2022, they lost pass rusher Chandler Jones, receiver Christian Kirk and running back Chase Edmonds, but added receiver Marquise Brown and re-signed many of their key players from last season.

They are confident they can be good again, although there isn’t a ton of optimism for the team.

However, if we look at ESPN’s FPI probability each week for the Cardinals to win their individual games, you will be surprised to see they are expected to be good. Based on the most likely outcome of each game, per the football power index, the Cardinals could win at many as 13 games in the regular season.

Check out each game below.

2022 NFL Draft: Final two round mock draft – from the college perspective – before all of the fun starts. 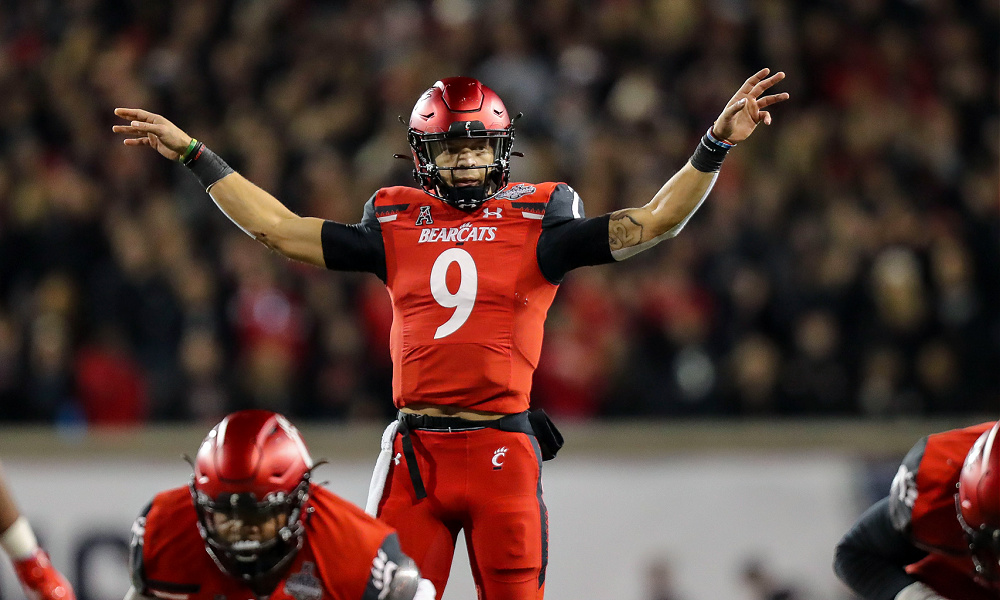 2022 NFL Draft: This is it. This is the final prediction. The two round mock draft with calls on the picks along with all the team needs.

Enough speculation. This is it. This is what’s going to happen. This is exactly how the first two rounds of the 2022 NFL Draft are going to go. We can’t change the future, we can only see it …

Maybe. At least these are the best educated guesses possible.

As always, there aren’t any projected trades – do NOT project trades in your mock draft. This is about what should happen and not what the best fits are.

2022 NFL Draft cornerback prospects – from the college perspective. How good are all the top players, what are the concerns, and where will they likely be drafted? 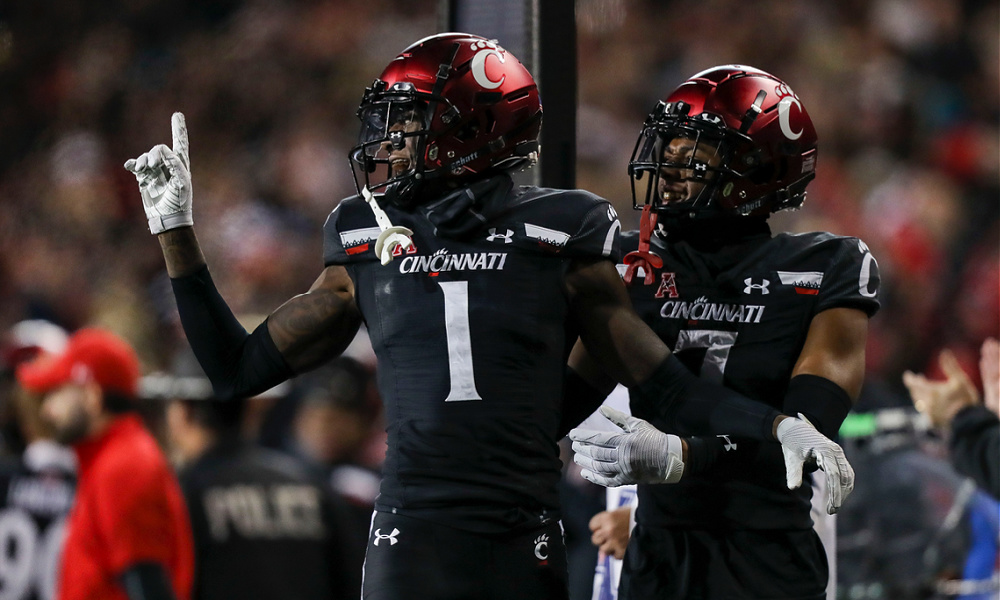 Who are the cornerbacks who’ll matter in the 2022 NFL Draft, and what’s the college perspective on all of the top prospects?

It’s one of the strongest years ever for cornerbacks with at least six worthy of first round consideration and a whole lot more who’ll be in the starting mix right away.

There’s high-end elite talent there for the taking, but it’ll be a question of who fits and what the pecking order is. No matter how it goes, a whole lot of teams are going to instantly fill a need.

From the college perspective, here are the best cornerback prospects in the 2022 NFL Draft.

2022 NFL Draft safety prospects – from the college perspective. How good are all the top players, what are the concerns, and where will they likely be drafted? 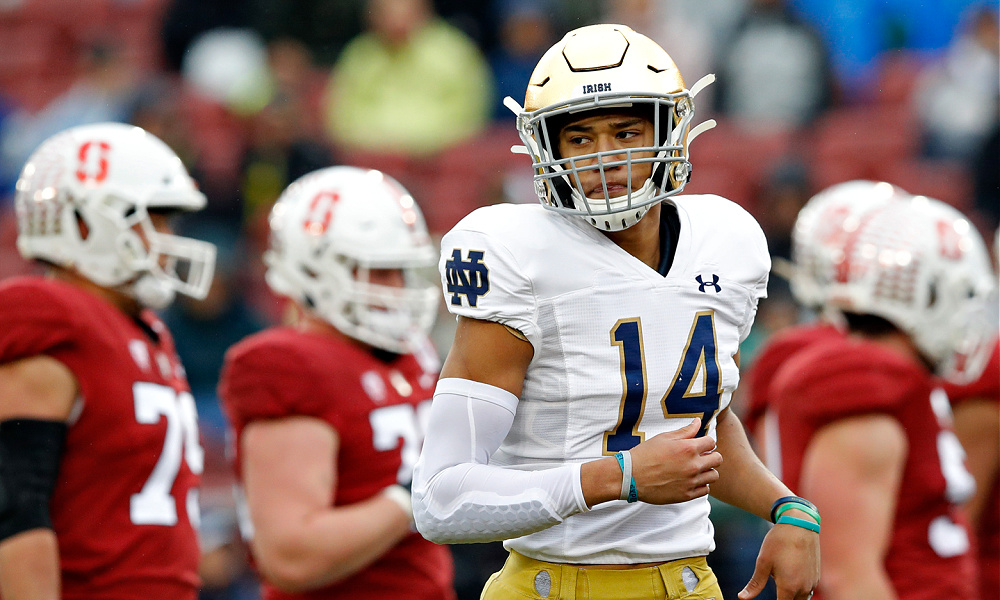 Who are the safeties who’ll matter in the 2022 NFL Draft, and what’s the college perspective on all of the top prospects?

Everyone gushes all over the pass rushers, and the quarterbacks, and the big play receivers. Even the tight ends are glamorized now in the modern NFL.

Amazing safeties change everything, especially now, and this year’s crop is something special.

There’s incredible speed, a few intimidating forces, and a few talents who might just be among the best players in the entire draft.

It’s a loaded position full of guys who’ll drop – really, safeties just don’t get enough love – and will turn out to be amazing Day 2 and 3 gets.

From the college perspective, here are the best safety prospects in the 2022 NFL Draft.

2022 NFL Draft linebacker prospects – from the college perspective. How good are all the top players, what are the concerns, and where will they likely be drafted? 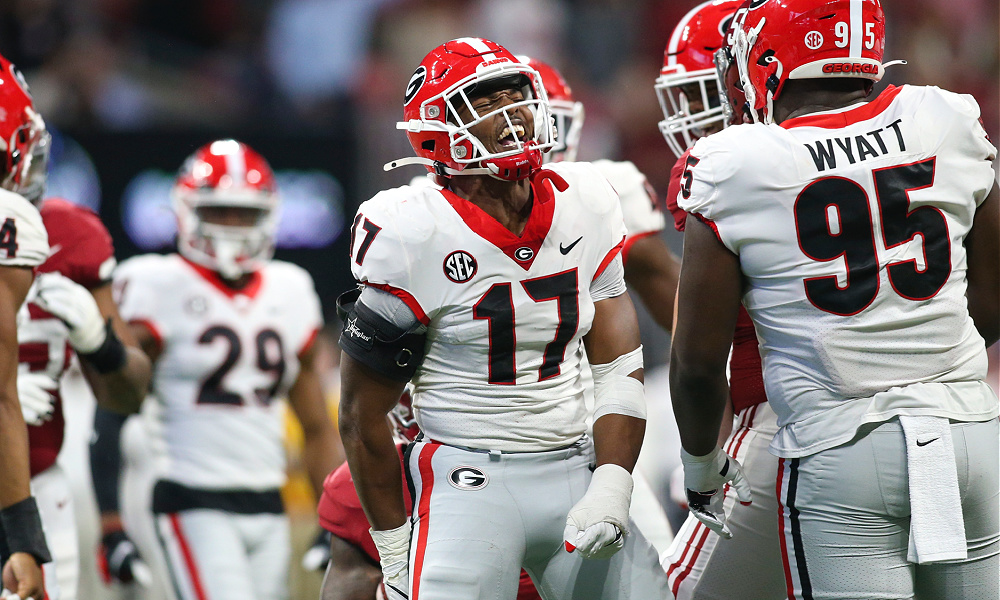 Who are the linebackers who’ll matter in the 2022 NFL Draft, and what’s the college perspective on all of the top prospects?

It’s an interesting group of linebackers.

In the new world of the NFL, several of the normal top outside linebacker prospects have morphed into true edge rushers in a hybrid way. Most of the guys in this group are run stoppers for the inside, but there are a few who can do a little bit of everything.

From the college perspective, here are the best linebacker prospects in the 2022 NFL Draft.

2022 NFL Draft Defensive End and Edge Rusher prospects – from the college perspective. How good are all the top players, what are the concerns, and where will they likely be drafted? 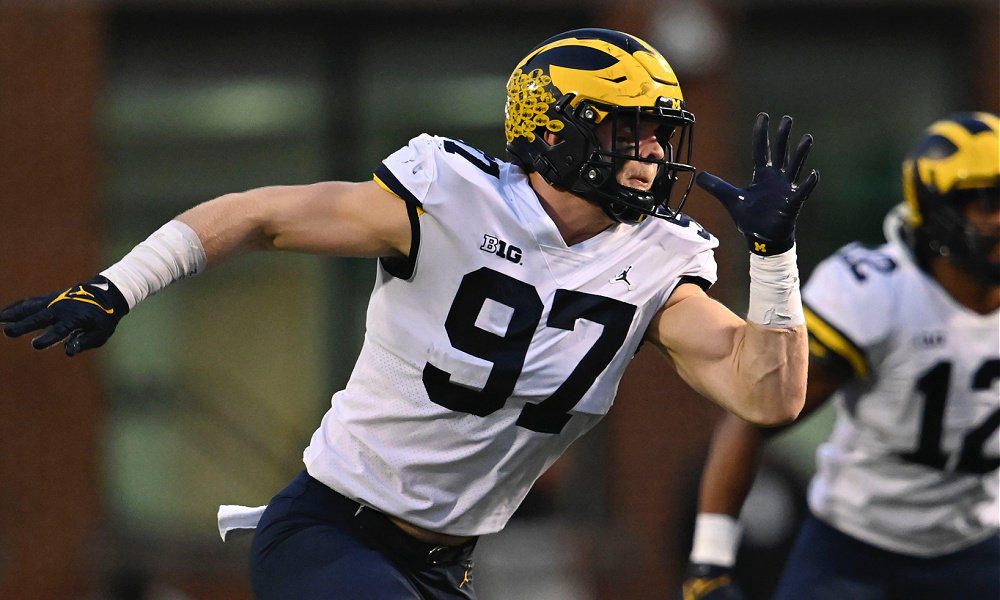 Who are the defense ends and edge rushers who’ll matter in the 2022 NFL Draft, and what’s the college perspective on all of the top prospects?

You want the big position in the 2022 NFL Draft? You want the stars, the value, the depth, and the best talent? Here you go …

Defensive ends and edge rushers. If you need one, you’re in luck. If you don’t need one, you could always use another.

There’s a solid chance that defensive ends/edge rushers take up at least three of the top five overall picks, and maybe even the first three choices off the board. But there’s more than just the top guys, with big run stoppers, pass rushing specialists, and everything in between.

These are the guys who’ll make the lives miserable for NFL quarterbacks over the next several years.

From the college perspective, here are the best defensive end and edge rusher prospects in the 2022 NFL Draft. 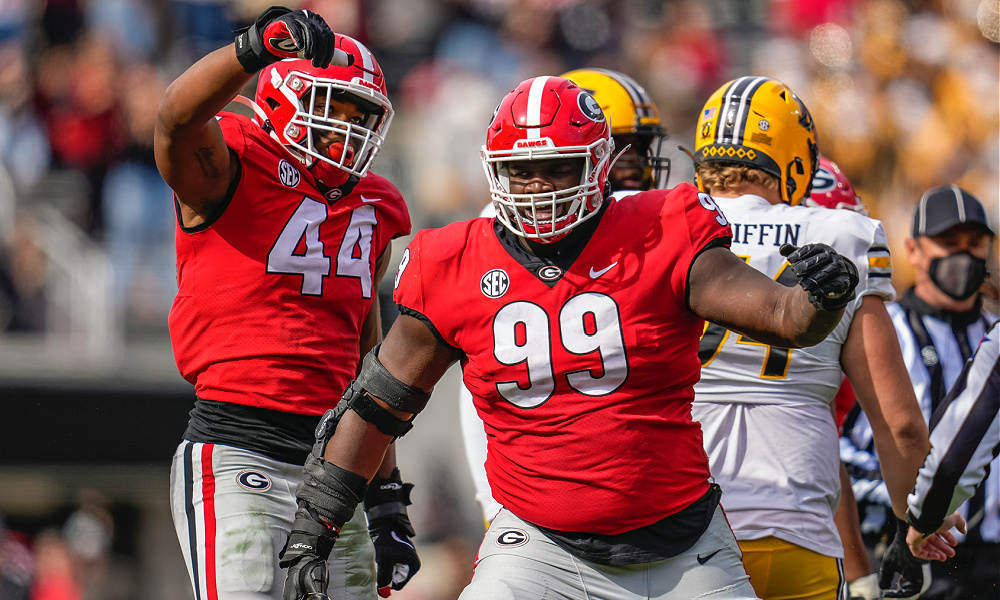 2022 NFL Draft: The latest first round mock draft after some big trades, Pro Days, and key moves just a few weeks before this all gets going.

Well this just got even more interesting.

This might not be the end of the trading fun for New Orleans, but for now, it positioned itself to work even more deals depending on who it’s targeting.

Combine that with Tyreek Hill going to Miami, Davante Adams off to Las Vegas, and with some big Pro Days – LSU CB Derek Stingley just ripped it up – and the first round Mock Draft takes on a different look. 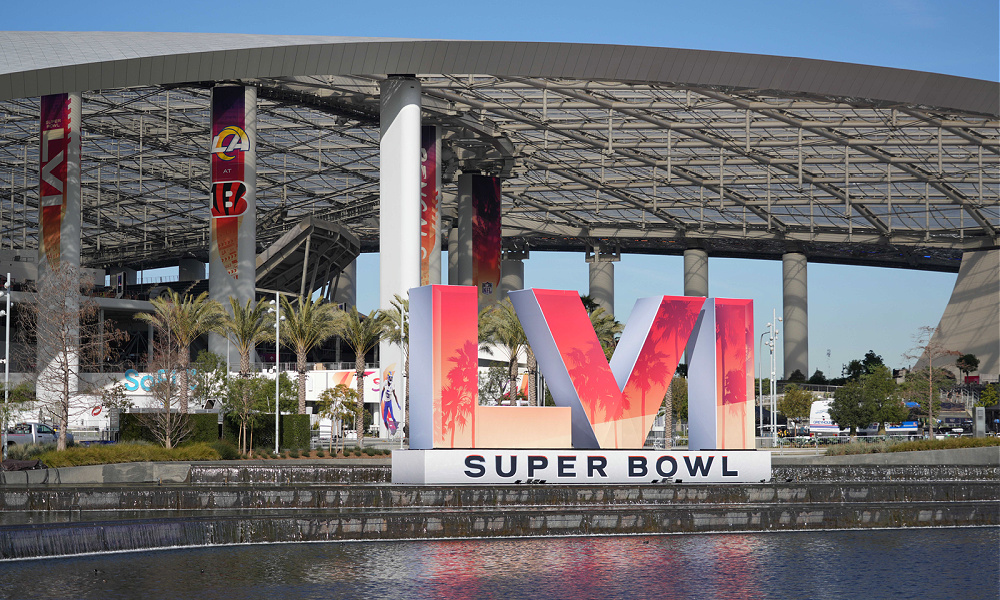 Los Angeles vs Cincinnati prediction, game preview, how to watch and lines for the Super Bowl, Sunday, February 13

Los Angeles vs Cincinnati Super Bowl How To Watch

Why Cincinnati Will Win the Super Bowl

No one likes or buys into the idea of “playing with house money” once you get to the Super Bowl, but that’s what Cincinnati is doing.

You never, ever know when you’re going to get back to this thing, and it’s hardly a guarantee that Joe Burrow and company will have more than just this one shot, but there’s a general belief and feeling that this whole thing is just getting going.

Young superstar quarterback, young superstar receivers, young rising head coach, and fixable issues – like the offensive line – that can only make everything stronger.

In other words, the pressure is off as much as can possibly be.

The game is in Los Angeles, the Rams have been in the Super Bowl relatively recently, the 2021-2022 was built to win right now with the future mortgaged away, and with a 34-year-old Matthew Stafford just about to be on the other side of his prime.

On the field, it starts with takeaways. Both teams can crank up the offense, Cincinnati can’t do this, though, without winning the turnover battle.

That was what ended up undoing Kansas City – with several close calls before the overtime interception that changed everything – and it’s going to take at least two to stay alive.

For all the great things Cincinnati has done over the second half of the season and the playoff run, being careful with the ball is at the top of the list.

There was an interception against the Chiefs and one giveaway against Tennessee, and that’s been it. The Bengal offense has been totally clean outside of that since early December with a grand total of zero turnovers over a five-game stretch before the win over the Titans.

On the other side, the defense that was feast-or-famine in takeaways has come up with two or more in each of the last four game with the three against Tennessee making the difference.

The Rams didn’t give it away against Arizona, but they almost gave up the Tampa Bay game with four turnovers. There was just the one in the NFC Championship against the 49ers, but the O had a whole slew of problems over the final stretch of the season with eight turnovers in the final three games.

– Why Los Angeles Will Win
– What’s Going To Happen, Prediction

NEXT: Why Los Angeles Will Win the Super Bowl 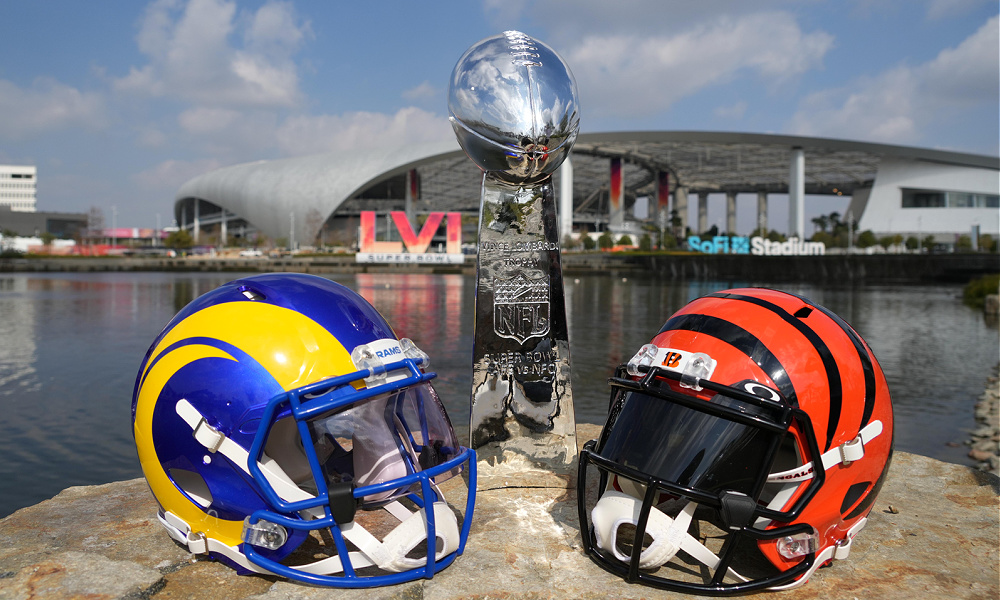 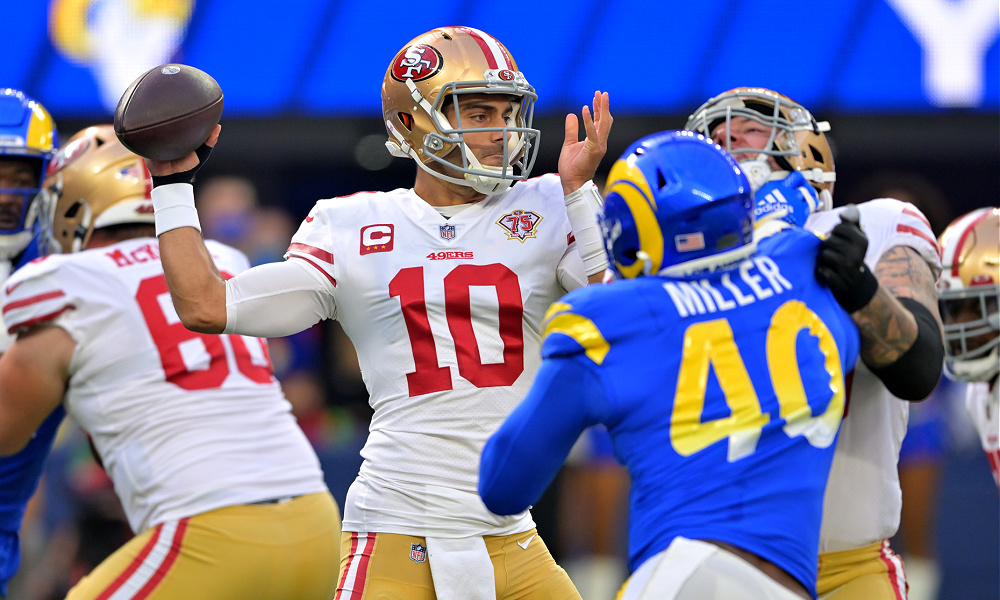 San Francisco vs Los Angeles Rams prediction, game preview, how to watch and lines for the NFC Championship, Sunday, January 30

Why San Francisco Will Win the NFC Championship

Some teams just have another team’s number.

The first loss back in Week 10 wasn’t that much of an outlier. Los Angeles was coming off a beating by Tennessee and got rolled by Green Bay after a bye, but it was still a 31-10 loss with nothing going quite right.

There weren’t any issues in Week 18 with the Rams up 17-0 on the 49ers, and then the mistakes started coming, Jimmy Garoppolo settled in, and the defensive line bounced around Matthew Stafford like a pinball on the way to a 27-24 overtime win.

That’s what San Francisco is.

It’s not always pretty, but it manages to come up with big chunks of yards down the field with the passing game – it least the league in passing yards per attempt. It’s not always consistent, but the running game rolls for 100 yards a game without too much of a problem.

When everyone is healthy and right, the pass rush is relentless, the defense that’s third in the NFL finds ways to get off the field, and somehow it all comes together even without a superstar quarterback or a whole slew of A-list, nationally known playmakers.

As good and as talented as this Los Angeles team is, it has to be able to put this away early. It can’t let San Francisco hang around, it can’t allow the running game to get rolling, and it can’t let the – frightfully sorry for using this term – physicality of the tougher team on the other side take over.

Pressure? The 49ers seemed able to handle it just fine in the cold of Green Bay.

San Francisco was the fair weather team that was supposed to buckle in the snowy conditions, and instead it was Aaron Rodgers who played tentative and – despite the decent numbers – wasn’t up to the moment.

The Rams might have come up massive when they absolutely had to, but they did a slow burn over the final 20 minutes in Tampa Bay when they did everything possible to gag that away.

– Why Los Angeles Will Win
– What’s Going To Happen, Prediction

NEXT: Why Los Angeles Rams Will Win the NFC Championship