What a moment for the Staffords. 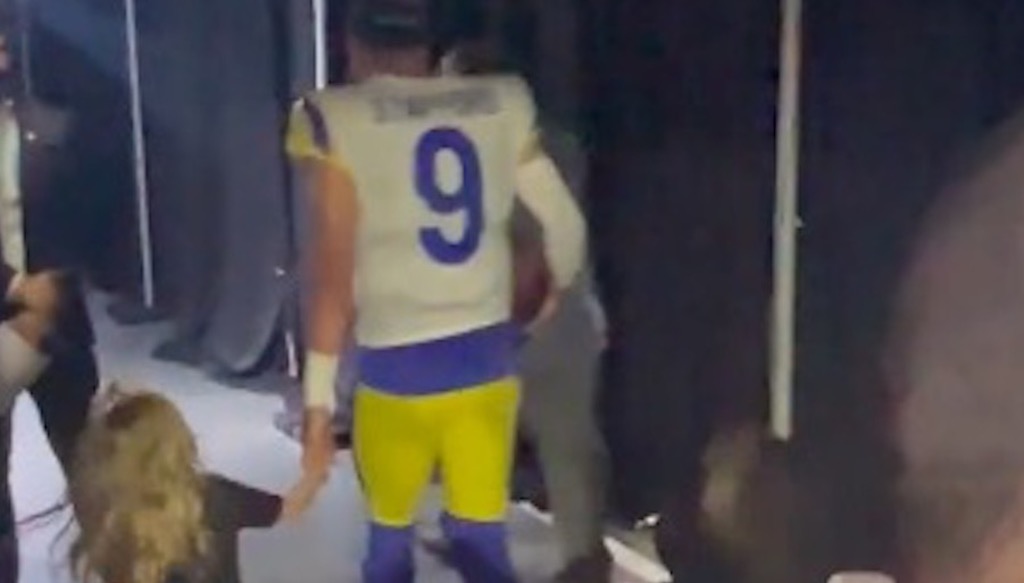 The former Detroit Lions QB finished off his first season in Los Angeles by doing what the Rams and their fans hoped he would do – lead the team to a Super Bowl win with three touchdown passes in a 23-20 win over Joe Burrow and the Bengals.

Stafford had pressure on him to win a Super Bowl ever since the Rams traded for him and he delivered, which must feel pretty fantastic.

After the game he was able to have a special moment with his wife and kids as he made his way to his press conference.

How great is this:

What a night. And what a year for the Staffords.

Burrow probably should have brought a second outfit to Super Bowl 56. 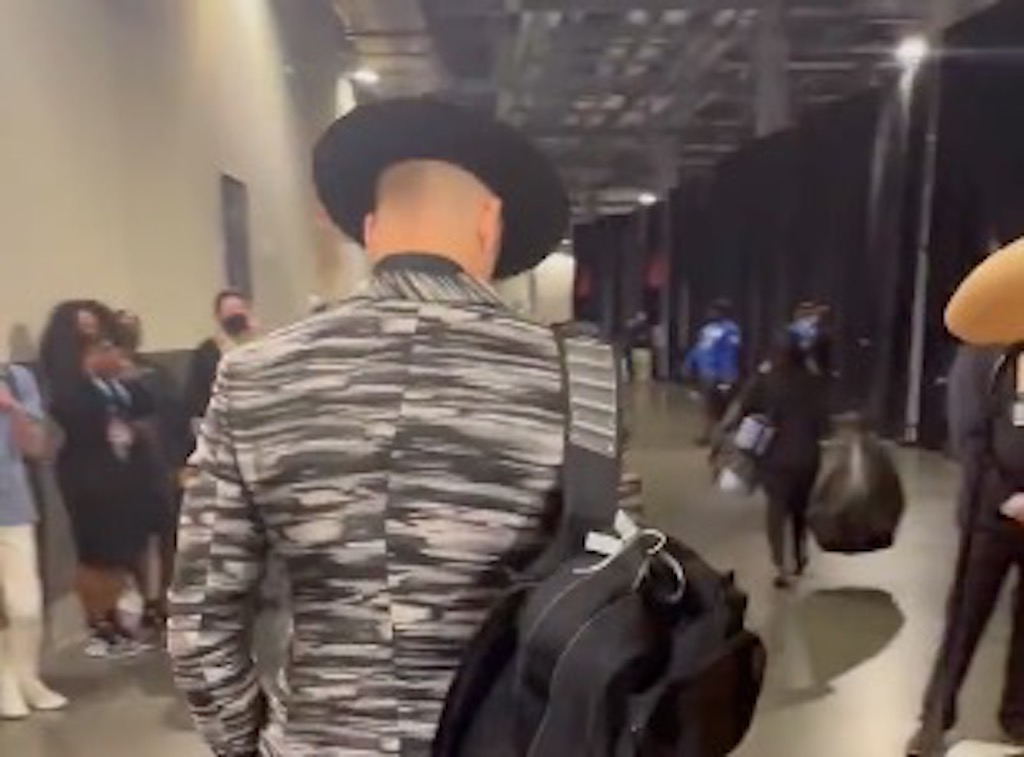 Joe Burrow showed up to the Super Bowl in Los Angeles wearing a black and white striped suit that got everyone’s attention when he arrived at SoFi Stadium on Sunday.

The second-year QB has become known for his style and the look lived up to the hype surrounding what he’d wear to the biggest game of his life.

Burrow, however, wasn’t able to lead the Chiefs to a win over the Rams, as Matthew Stafford won his first Lombardi Trophy with a 23-20 win that wasn’t secured until a game-winning scoring drive in the final minutes.

After the game, Burrow was seen leaving the stadium in that same suit that he showed up in:

Should he have had a second pair of clothes to change into in case he lost? Probably.

The Super Bowl 56 halftime show was pretty darn awesome tonight at SoFi with Dr. Dre, Snoop Dogg, Eminem, Mary J. Blige and Kendrick putting on a show in front of a fired up crowd in Los Angeles.

Oh, and they were joined by special guest 50 Cent, which was pretty cool, too.

You know what else was awesome? How fast the grounds crew was able to put together the whole setup for the show, which had to happen quickly because time is of the essence during the halftime break.

Check out a time-lapse video of how the setup got done.

These folks are fast!

They set that Super Bowl halftime show up so quickly. pic.twitter.com/oziU6D0bdO

Was this a sad, final slide?

NBC is broadcasting tonight’s Super Bowl, which means Al Michaels and Cris Collinsworth – two of the best announcers in all of sports – are on the call, which is always a good thing for football fans.

You know what that also means? Collinsworth got to start things off with one of his slides, which is a fun/silly thing that fans have fallen in love with over the years.

Well, this one might have been extra special because it’s feeling like this might be Michaels’ last game on NBC and his last game with Collinsworth. He even seemed to tease his exit by saying before the slide: “Slide in for one final time.”

Fans were emotional about it:

Things are a bit pricey at SoFi. 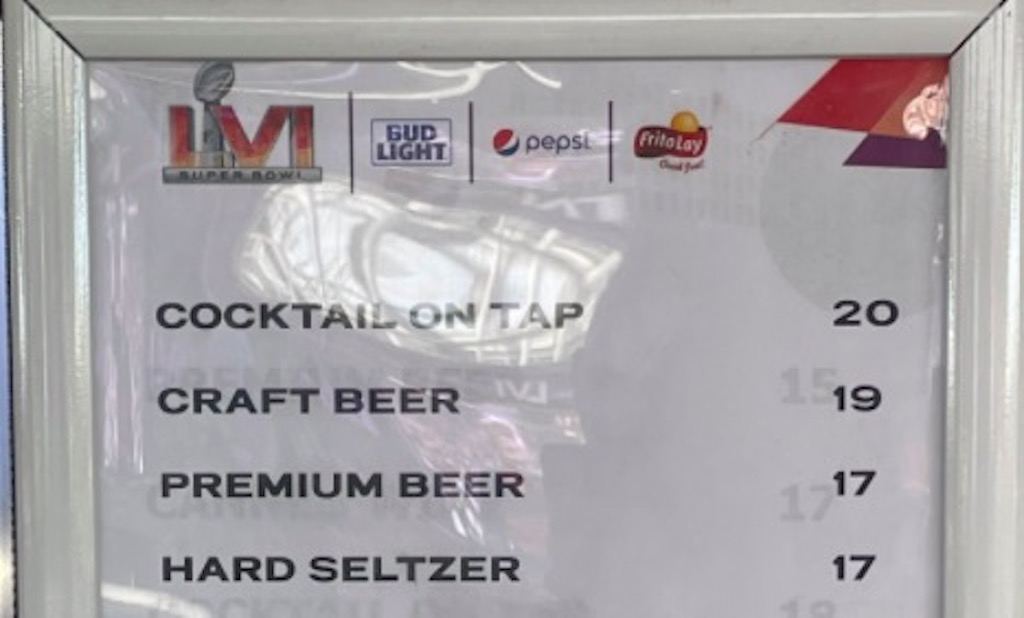 We’re just a few hours away from the Bengals and Rams kicking off Super Bowl 56 inside what is a very warm SoFi Stadium in Los Angeles, as temperatures are supposed to be in the mid-80s around the start of the game.

Fans attending the game can cool down with a lot of different options at concession stands around the stadium, though it’s going to be a pricey experience. Cocktails on tap are going for as low as $20 bucks, with some other special drinks going for $25.

If you like beers you might want to take it easy on the Michelob Ultras because they’re going to run you $17 bucks a pop.

Here are some samples of the prices around SoFi:

Super Bowl concession prices. $17 for a michelob ultra seems like a lot but it is very warm in SoFi. 🤷🏻‍♂️ pic.twitter.com/u8kFV3LByI

It’s LA, so of course a kale salad is one of the cheaper things available.

But yeah, drinks are gonna cost ya. 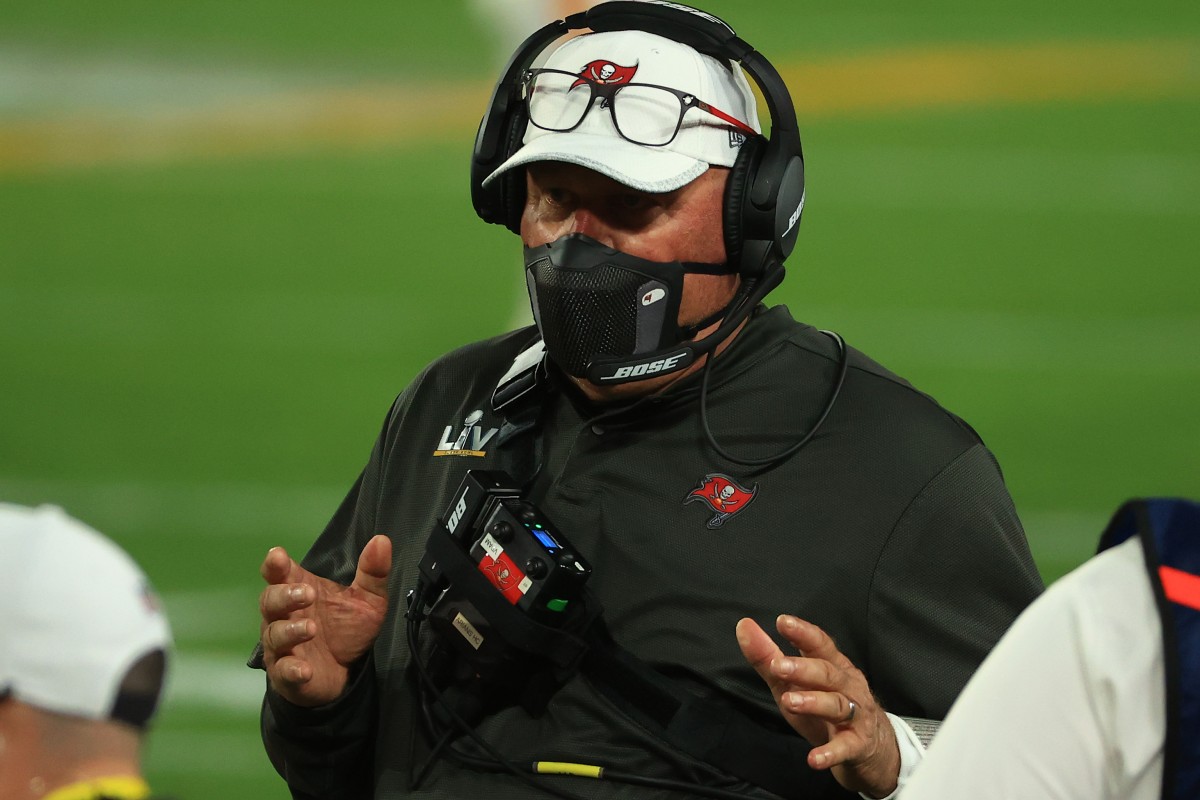 Tampa Bay Buccaneers coach Bruce Arians has some new body art to go with the Super Bowl championship and ring he will eventually receive.

The coach took to social media on Tuesday to display the great tattoo he got to celebrate the Bucs’ championship.

Great art work to go with a tremendous job on the field by Arians and his organization.

I’m a man of my word- “when we win the Super Bowl, I will get a tattoo” well I got mine and I love it!! #SBLV #superbowlLVchamps pic.twitter.com/SCmpFXEJ1T

Arkansas went into bully mode and made sure we didn’t get our first Cinderella of March Madness. 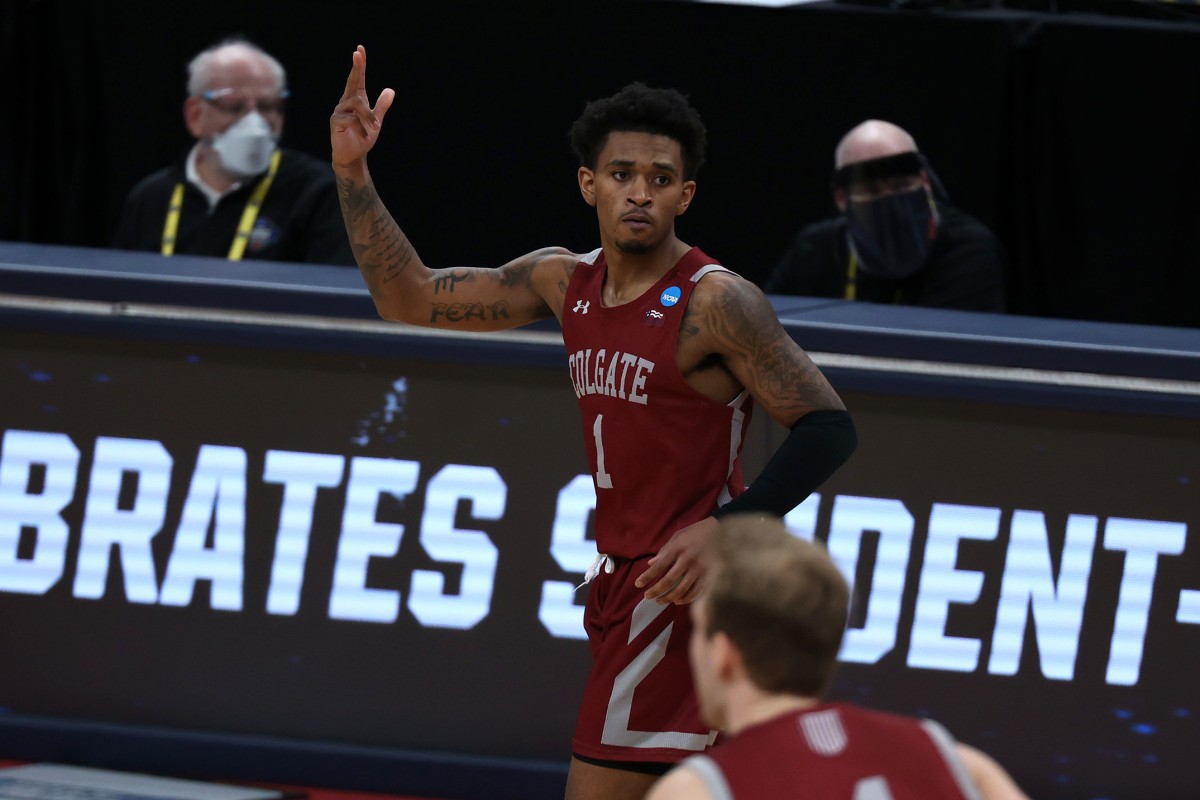 I blame the bracket makers.

Colgate should have been higher than a 14-seed. But the committee didn’t see it like that, and instead of getting a shot at upsetting an unsuspecting 4- or 5-seed, the Raiders had to take on an Arkansas team that just happened to be the worst possible matchup for them.

Initially, it looked like it wouldn’t matter. Colgate showed it was capable of matching Arkansas shot-for-shot, and one stretch of hot shooting helped build a 14-point lead in the first half.

And then Razorbacks coach Eric Musselman realized he had the far more talented team, turned up the pressure and immediately sparked a 20-0 run. A mini-surge to start the second half put Colgate back in the lead but Arkansas’ pressure just overwhelmed the underdogs down the stretch in an 85-68 win in the first round of the Men’s NCAA Tournament.

But we’ll always have that 14-point lead. The crazy thing is, Colgate’s best player, Jordan Burns, didn’t really help build it. Despite some impressive displays of ball-handling, the small guard didn’t make a single shot during the first half. Luckily, contributions from true freshman Jeff Woodward and sharpshooters Nelly Cummings and Jack Furgeson helped to make up for the team’s star laying an egg over the first 20 minutes.

The lumbering big man Woodward was especially entertaining. His old school (slow) game threw off the Razorback bigs, who probably did see a lot of up-and-under moves and hook shots during the regular season. After one post bucket, the Colgate big man lowered his hand to the floor, telling the near-empty Bankers Life Field House that these Arkansas dudes were too small to guard him.

Colgate's Jeff Woodward hit a baby hook and did the "too small" celebration 😂 pic.twitter.com/2vPdGZB5T3

It turned out, the Razorbacks weren’t too small. They started getting the ball inside where they got easy buckets or kick-out opportunities for open 3s. That combined with the full-court pressure was too much for Colgate, which committed 22 turnovers and sent the favorites to the line 29 times. Both are out of character for this Raiders team, which finished fifth nationally in offensive turnover rate and 34th in defensive free throw rate, per Ken Pom.

That first stat is especially impressive because the Raiders play so fast. They played at the 25th-quickest pace in the country, and that speed typically overwhelmed opponents. But Arkansas plays even faster (17th in pace) so it was perfectly suited to handle it, and may have even had the advantage. Its swarming defense forced Colgate to turn it over on 28.2% of its possessions, a season high.

The SEC runners-up also had a pair of pestering guards, Davonte Davis and J.D. Notae, who could make things more difficult on Burns. He eventually adjusted and hit a few DEEP 3s in the second half, but this was always going to be a tough matchup for him. It’s just a shame we won’t see more of this…

Jordan Burns with the deep 3 from Dame range!!! pic.twitter.com/DD8RU56yJ3

With a lead guard who can score and distribute, a pair of 3-point shooters on the wing, a skilled big man with a funky game AND a unique style of play that would be hard to prepare for on shirt notice, Colgate had all the ingredients to go on a deep run.

But an awful first-round matchup prevented it from ever getting started, which will make this March a little less entertaining.

What running backs have broken the 100-yard mark in Super Bowl history? The record-holder is a surprise, Washington’s Tim Smith. 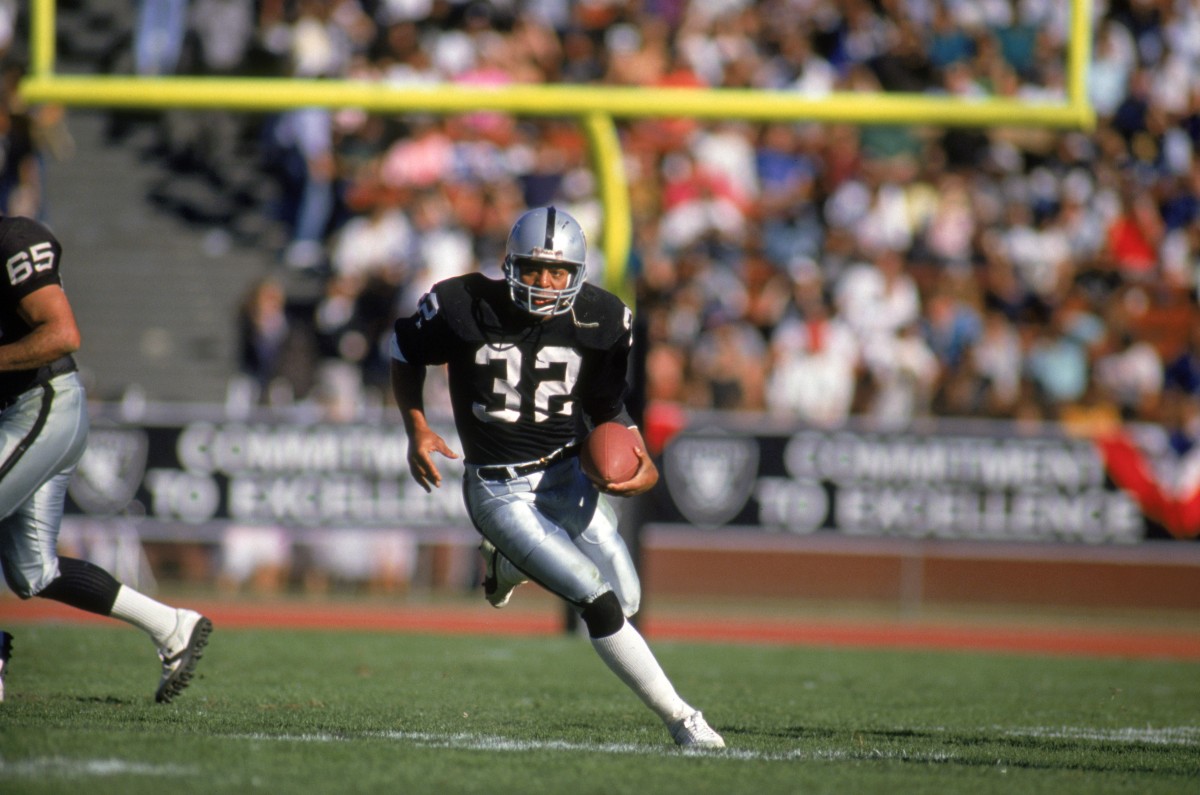 The Chiefs released an amazing time-lapse video of their Super Bowl LIV victory. 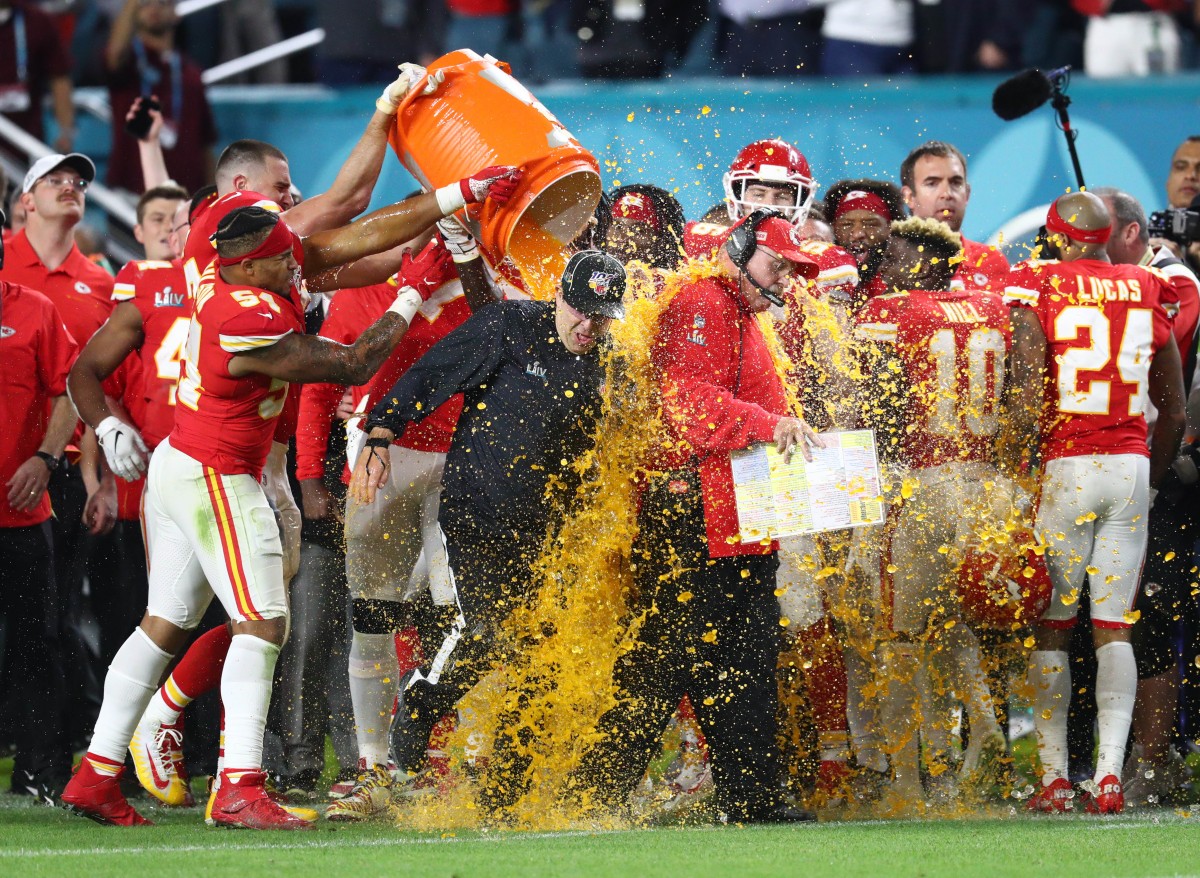 The Kansas City Chiefs had a Sunday they and their fans will never forget Feb. 2 at Hard Rock Stadium. KC downed the San Francisco 49ers, 31-20, to win Super Bowl LIV and now the team has released a remarkable time-lapse video of the events at the Miami Garden, Fl, venue.

And, yes, that really happened.

Almost one week later, a handful of Super Bowl spots have really pulled away from the pack, with view counts reaching into the astonishing. With the help of AdBlitz, a YouTube exclusive, we’re able to see what ads submitted to USA Today’s Ad Meter … 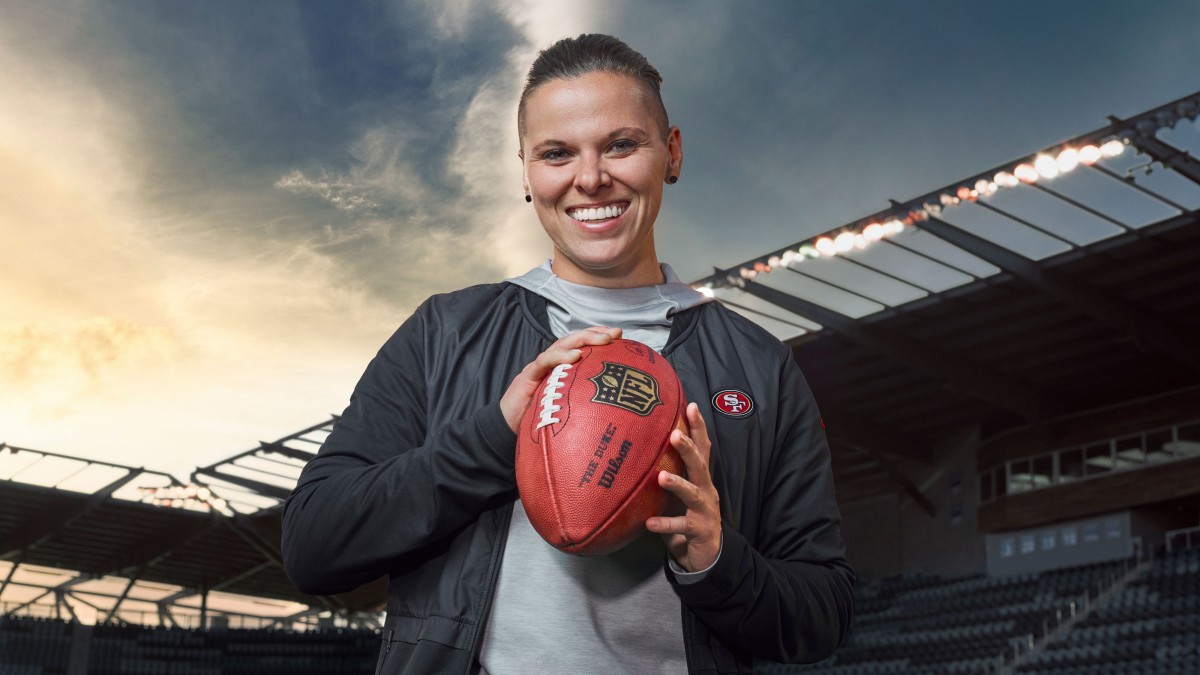 Almost one week later, a handful of Super Bowl spots have really pulled away from the pack, with view counts reaching into the astonishing. With the help of AdBlitz, a YouTube exclusive, we’re able to see what ads submitted to USA Today’s Ad Meter have taken Most Viewed honors in the various categories.

Joining in on the award season fun…

Most Viewed in the Comedy category:

Most-viewed of all Ad Meter ads (so far), Amazon’s spot, “Before Alexa,” has been quite the hit. The 60-second ad featuring Ellen and Portia takes a comical look through history, focusing on what people did before the virtual assistant existed.

Most Viewed in the Dramatic category:

Heinz made four different ads in one creative, compacted 30-second spot. The ad, directed by Roman Coppola, has surpassed all the other adds by a few million views.

Most Viewed in the Inspirational category:

Microsoft’s game-changing spot was tops in the ‘Inspirational’ category, sprinting ahead of Budweiser’s “Typical American” by a few million views.

Most Viewed in the Action-Packed category:

This was the closest margin of victory, with the F9 trailer edging out Quibi’s inaugural Super Bowl spot by a million views.

Note: F9 also had the most views in the Teaser category, too.

Most Viewed in the Sentimental category:

“Loretta” was the clear favorite in the ‘Sentimental’ category, and it didn’t leave the door open for any upsets. Google’s heartwarming tale has been one of the most popular ads—it finished third in the Ad Meter rankings—and has reached an impressive number of views.

And thus concludes the show, folks.

Looking for more Super Bowl commercial bliss? Make sure to head over to AdBlitz, a YouTube exclusive!