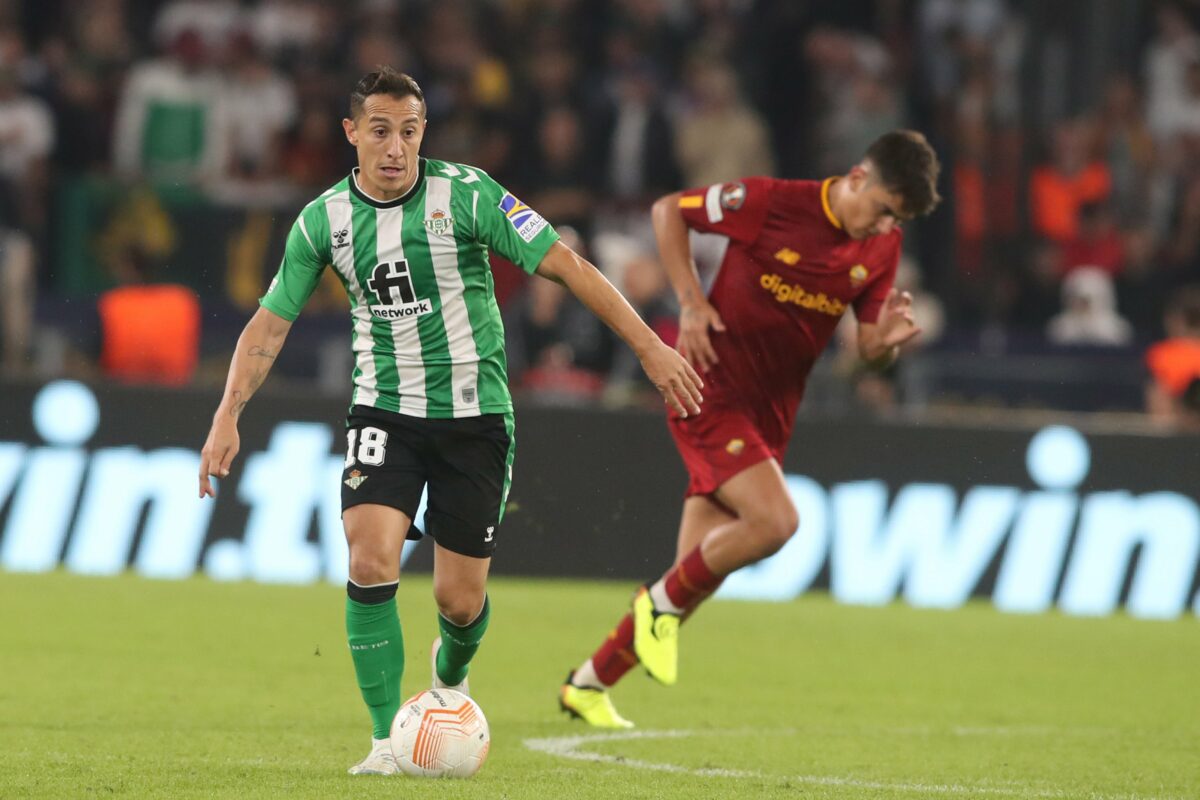 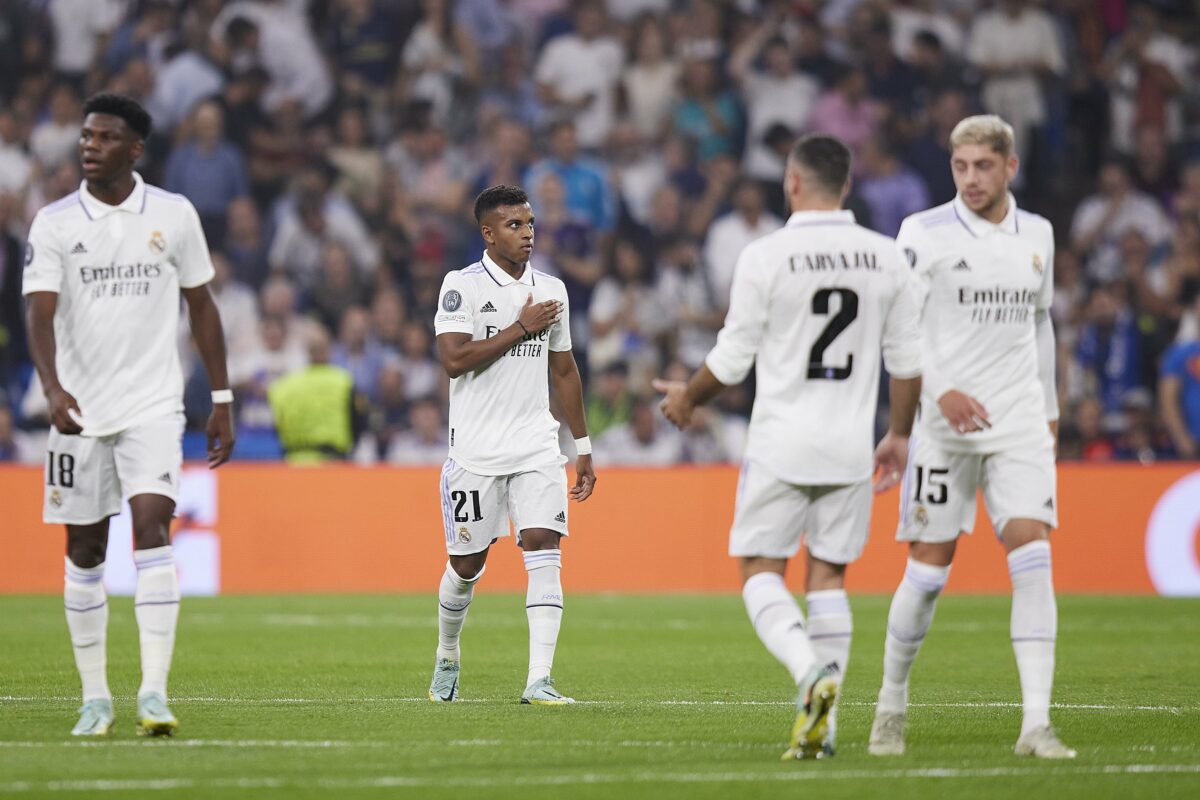 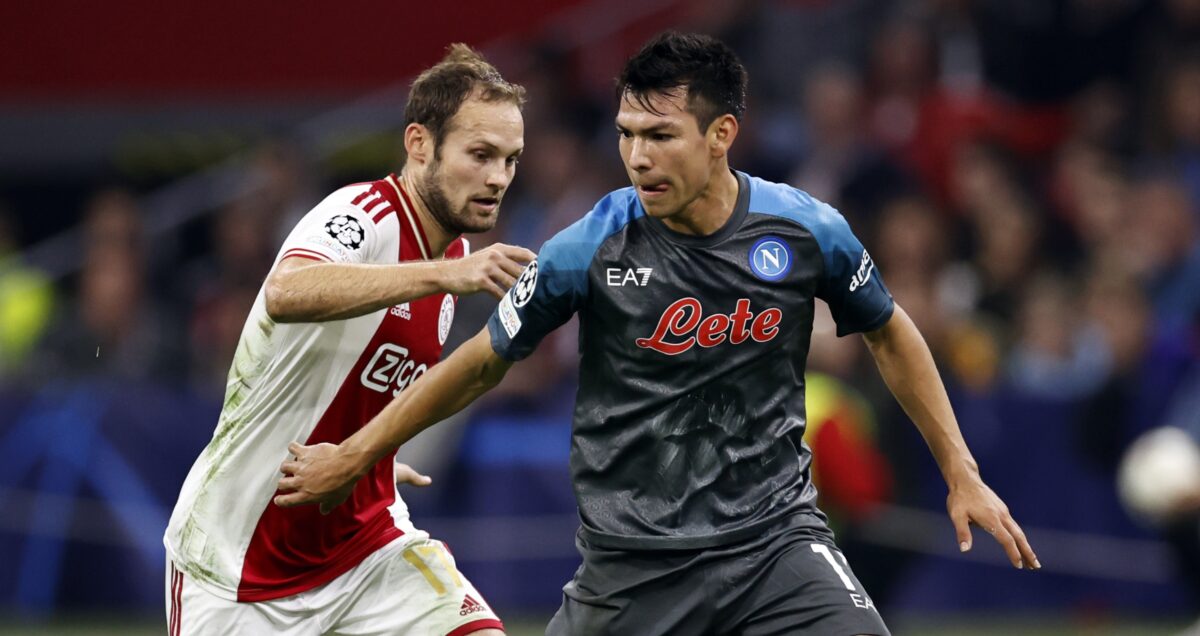 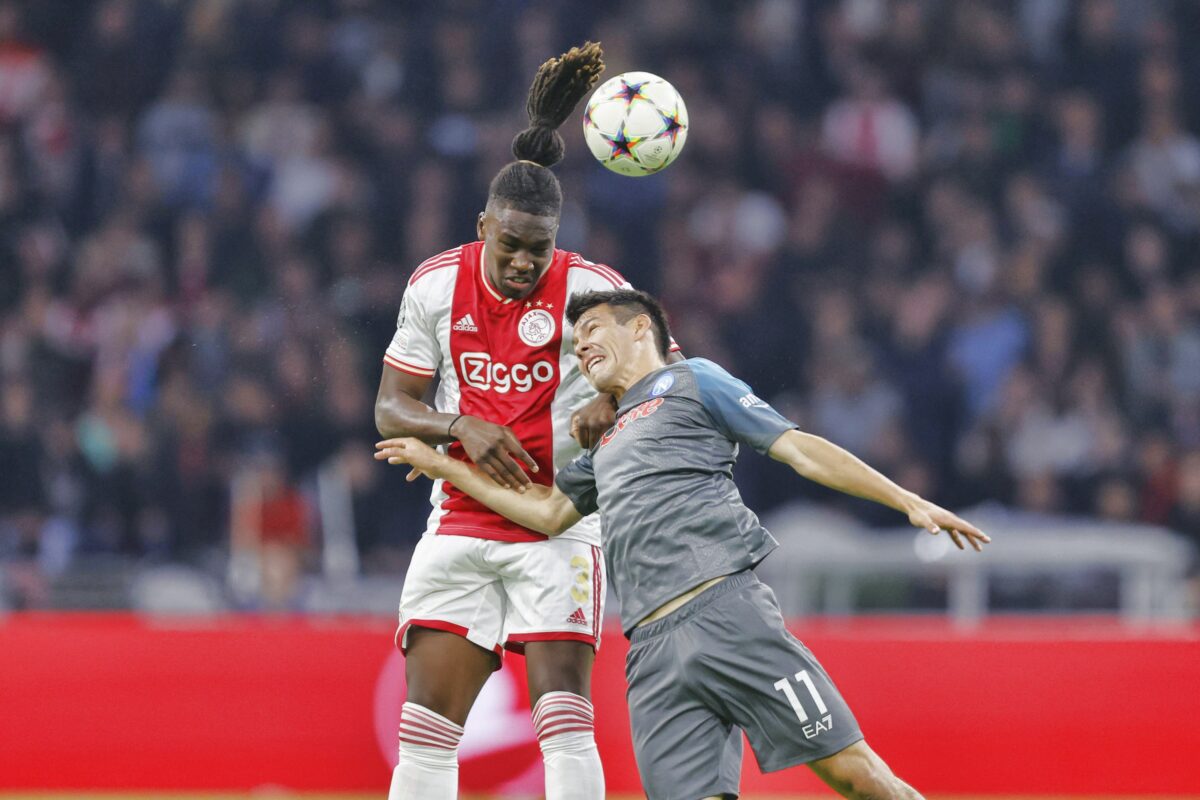 Who said goalkeepers need to be able to pass in the modern game? 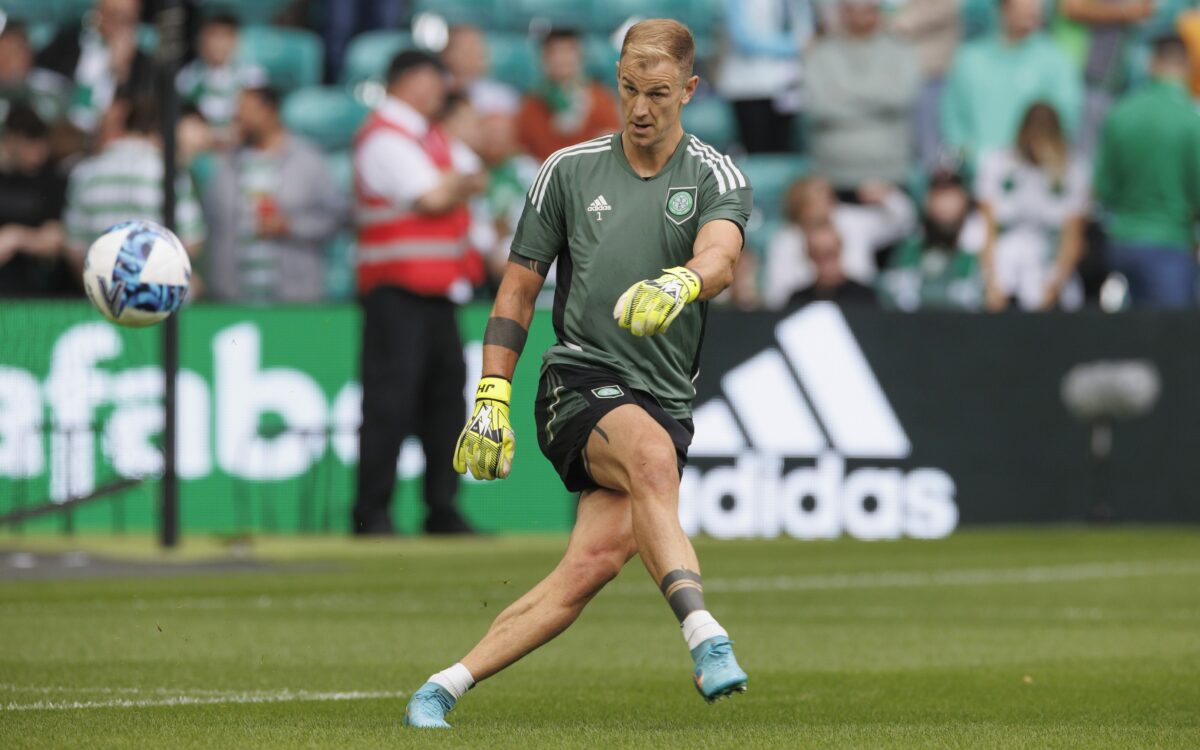 Joe Hart may not be the most accurate passer in the world, but at least he’s quick to apologize.

Following his side’s 1-1 Champions League draw with Shakhtar Donetsk, the Celtic goalkeeper offered a self-deprecating mea culpa to a reporter he struck with an errant pass attempt during the warm-up.

“Sorry! I was begging to say sorry but you didn’t turn around,” Hart said to reporter Ingrid Halstensen, who was looking straight into the camera when Hart’s attempt to distribute out to his right missed its intended target, bouncing into the unsuspecting Danish journalist instead.

“Literally my goalie coach is probably five yards (away),” said Hart before dunking on himself and, arguably several clubs that have employed him. “Yeah, that’s why my career’s gone where it’s gone.”

Hart was rather infamously dropped by Pep Guardiola almost immediately when the Spaniard took over at Manchester City, owing to the passing ability required of any goalkeeper in his system. Since then, he’s undergone multiple loans and short stays before joining Ange Postecoglu at Celtic, where he has established himself as first-choice for the Scottish champions.

Watch Hart roast himself while apologizing

Joe Hart apologizes to the reporter from last night – blaming his distribution for the fact that the ball hit her before adding “that’s why my career has gone where it’s gone” 🥲pic.twitter.com/bcKLlE18Kj 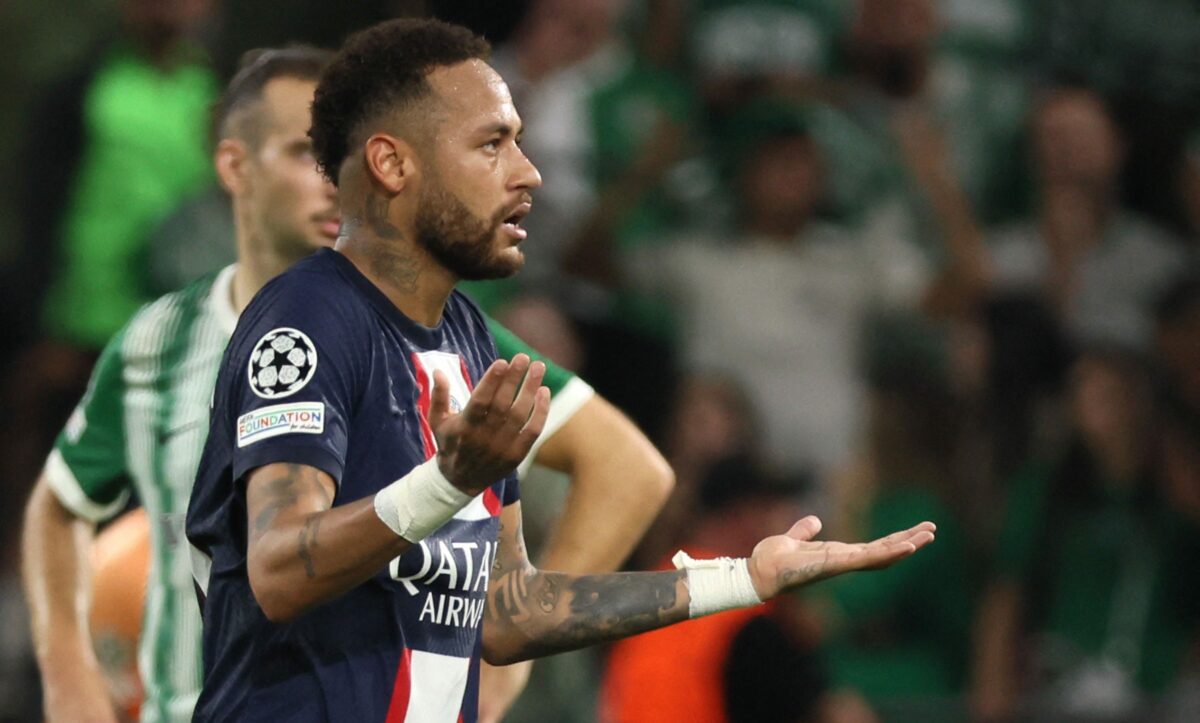 Even though PSG won on Wednesday, Neymar was not exactly in a great mood after the game.

The Brazilian star scored his side’s third goal in a 3-1 Champions League win at Maccabi Haifa, wrapping up the three points with an 88th-minute strike.

But after Neymar did his most recent signature celebration — in which he places his hands on either side of his head while sticking out his tongue — referee Daniel Siebert gave him a yellow card.

It was a strange decision, given Neymar did not leave the field of play and kept his shirt on. After the game, Neymar said the referee actually apologized to him, but the 30-year-old still voiced his frustration with the decision.

“I just met the referee and talked to him. He apologized. But now I already have the yellow card,” Neymar said in the mixed zone.

“This is a complete lack of respect for the players. The referees have to be there to protect us. What happened to me today is very sad. Football is getting boring and we can’t celebrate. This is a lack of respect not only for me, but for football.”

The Brazilian also took to social media to complain, posting a picture on Twitter of his celebration with a Portuguese hashtag that, in English, translated to “free the celebration Daniel Siebert” and a caption that read: “I’m asking now, OK?”

Neymar is off to an incredible start this season, scoring 11 goals and adding seven assists in just 10 games so far. 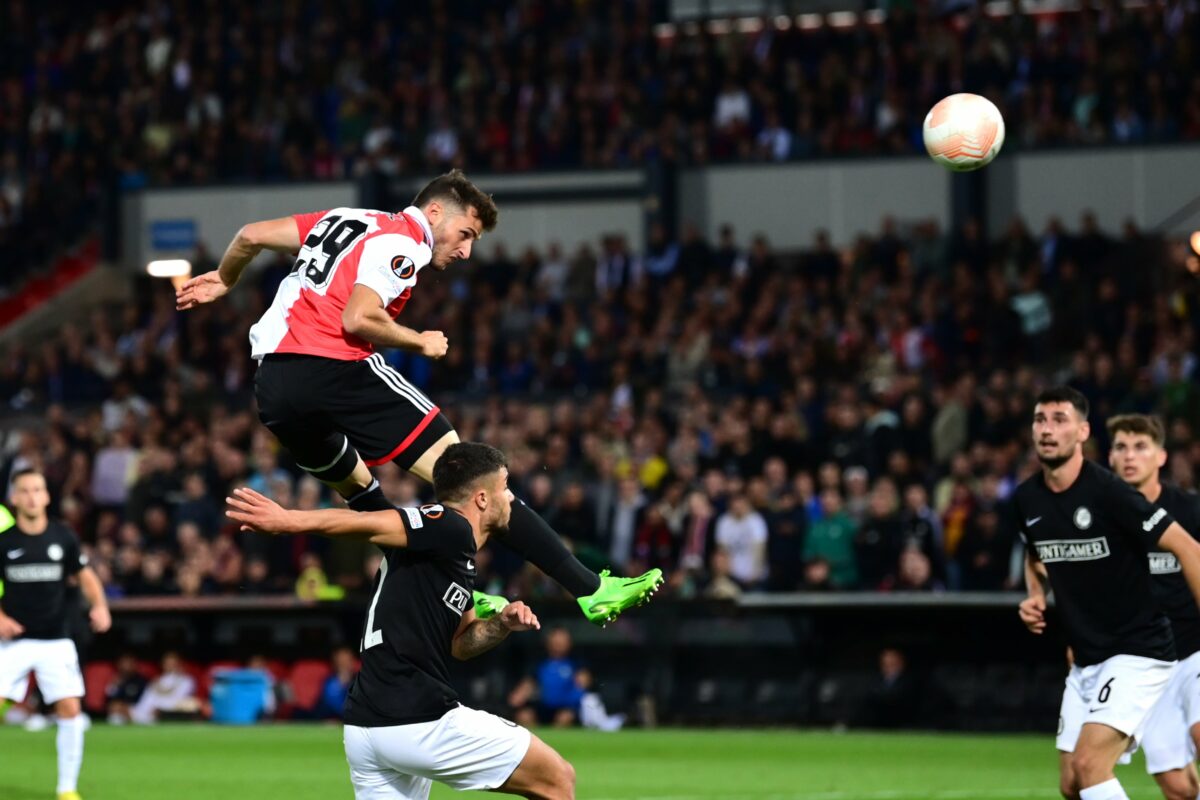 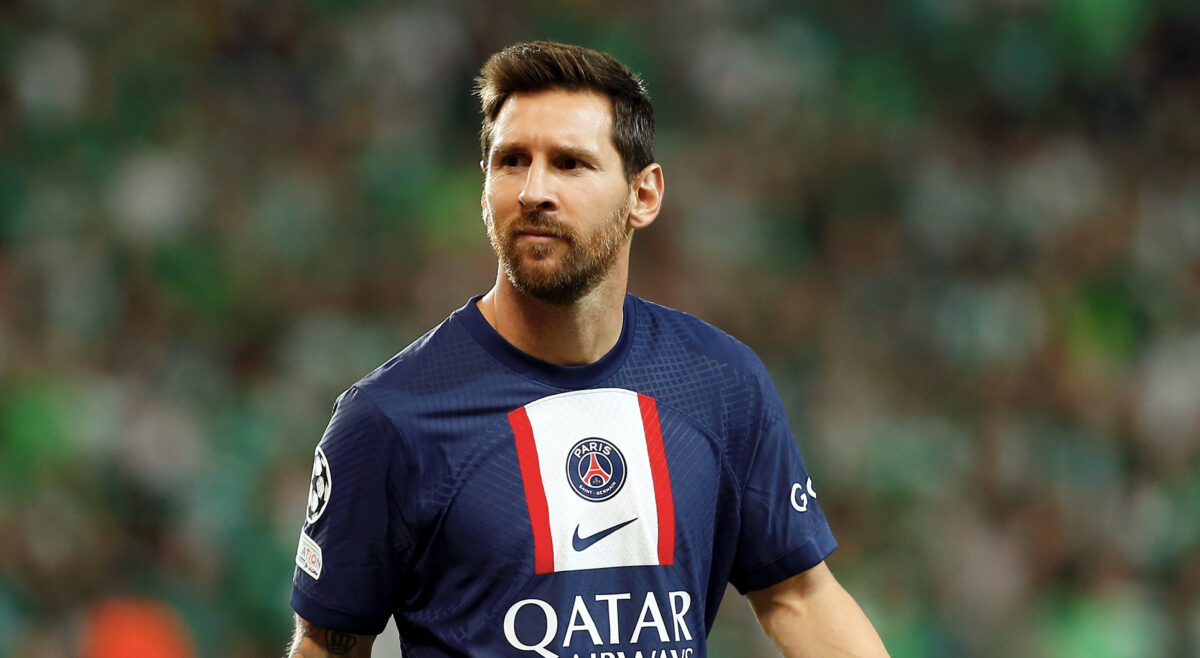 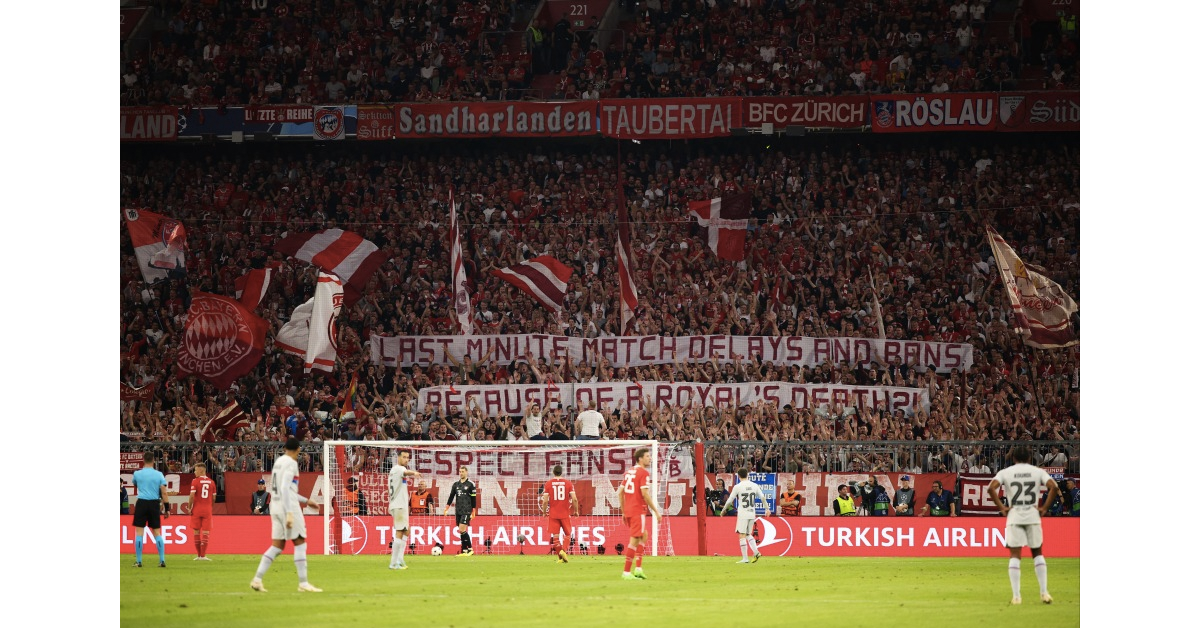 Nico Schlotterbeck may not know how to stop Haaland after all 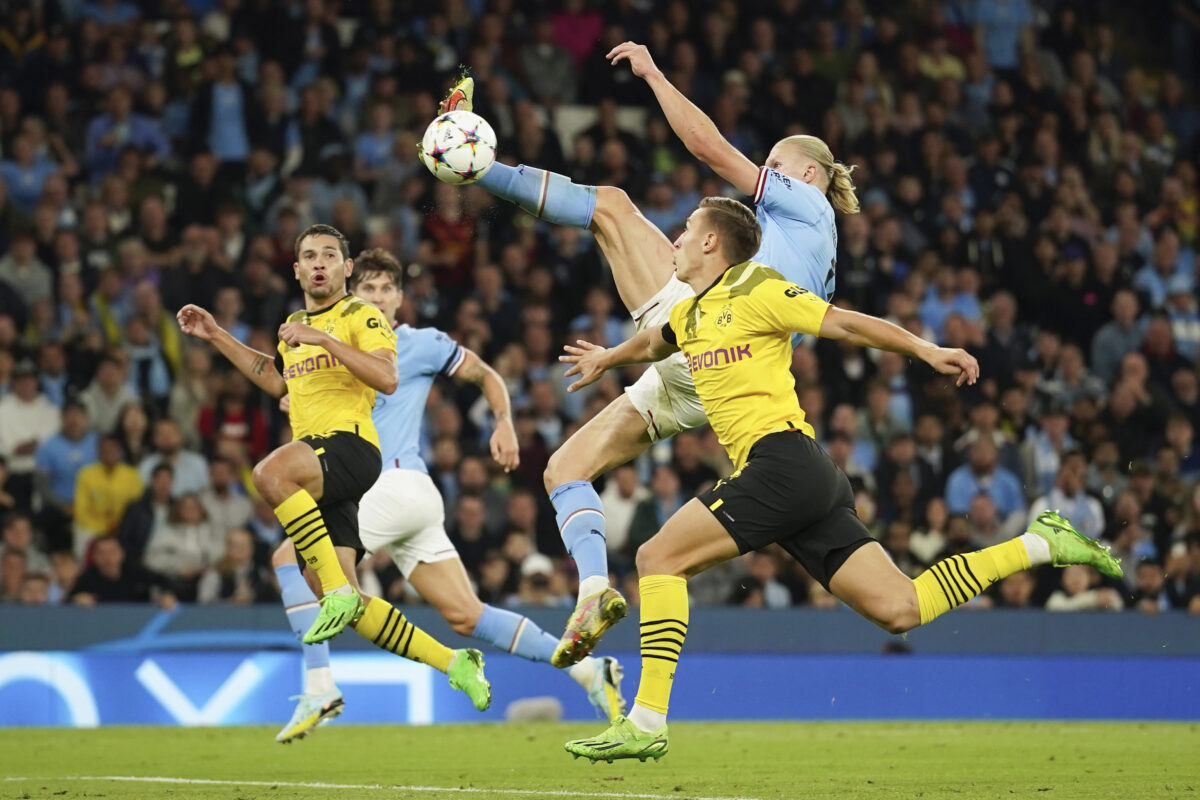 What does a team playing Manchester City even do about Erling Haaland?

No team in the world would have a better idea about that than Borussia Dortmund, but all they could do is watch as their former superstar striker produced a preposterous goal to give Man City a 2-1 comeback victory over the German side in the Champions League on Wednesday.

A day after Dortmund defender Nico Schlotterbeck said “I know how to stop Haaland,” the Norway striker proved that statement to be not entirely true. Schlotterbeck didn’t start for Dortmund, but that appeared largely irrelevant. Haaland wasn’t particularly involved, and Dortmund entered the final minutes of the match up 1-0 on a Jude Bellingham goal.

However, Man City’s pressure paid off. With Dortmund forced to defend too deep for too long, they made the choice to hunker down, bringing Schlotterbeck in for Anthony Modeste in the hopes that an extra defender would see them through.

However, Dortmund just kept being too deep, and that gave room for John Stones to launch a rocket from out on the right to equalize in the 80th minute.

If Stones’ goal was a top-tier strike, what came next for Haaland was in the stratosphere. João Cancelo used the outside of his right foot to scoop a sumptuous pass into the area, but even with perfect delivery, Haaland was marked on both sides. Even the best strikers would have a hard time ensuring that their run took them away from one marker, and still gave them an angle to beat the other to the ball.

Haaland did both of those things, but added a level of difficulty to it by somewhat inexplicably opting against a leap for a header. Instead, he did a nearly full splits, hopping up with his right foot and using his left to acrobatically stab the ball past Alexander Meyer.

Oh, and the person marking him most closely as all that was going on? Apologies to Schlotterbeck, but at least he got the best look at an incredible goal.

It was impressive as it was vital, as a road draw for Dortmund would have given the German side a slight edge in the race to win Group G. Haaland’s late winner instead gives Man City a three-point edge after just two rounds of games, and with two meetings with group minnows FC Copenhagen still to come.

The goal just adds to Haaland’s spectacular start to life in Manchester. He has 13 goals in just nine appearances so far, including at least one goal in each of Man City’s last six competitive matches.

IT HAD TO BE ERLING HAALAND AGAINST HIS FORMER CLUB 💥 pic.twitter.com/QSmZ6COy8H