Ahead of the Saturday game against LSU the Florida Gators unveiled their tribute to Johnson’s return to the sideline with “Coach Key”. 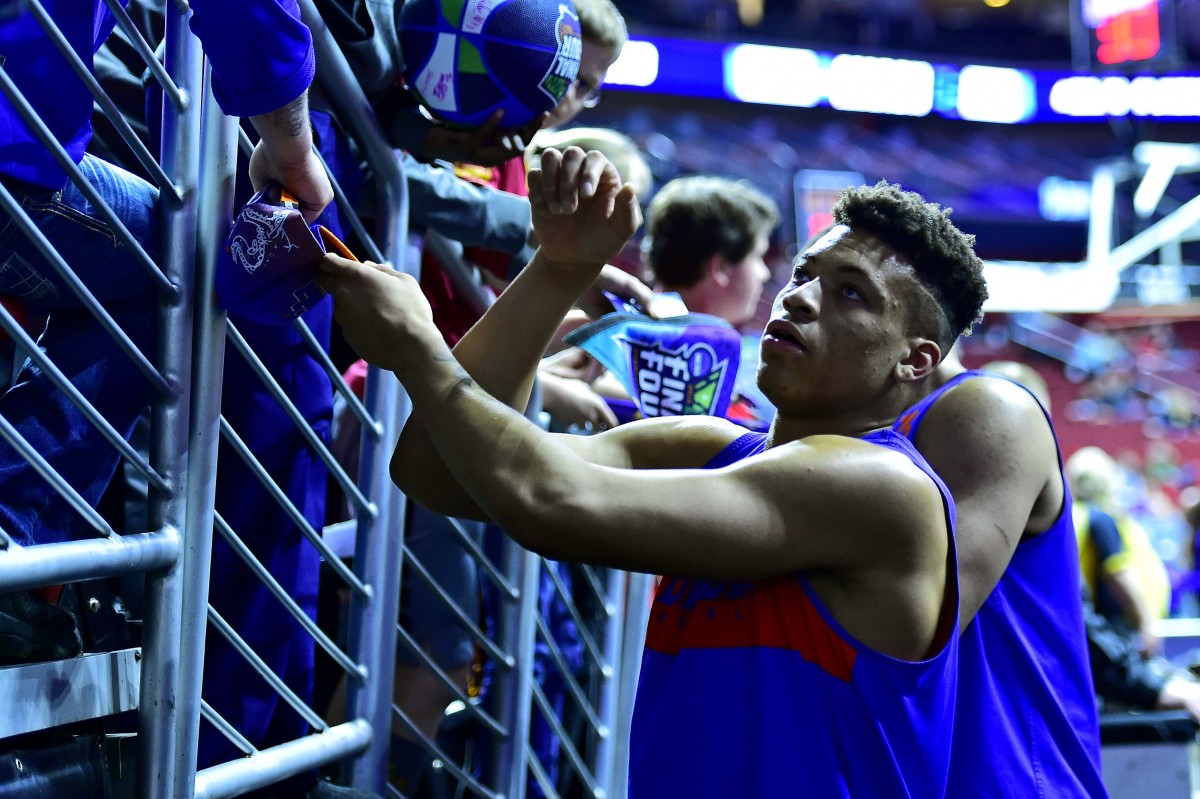 Florida Gators men’s basketball is gearing up to face the LSU Tigers on Saturday afternoon at home in the O’Connell Center and during warmups unveiled a heartwarming gesture to star forward Keyontae Johnson, who has been recovering from an acute cardiac event three weeks ago.

Johnson has been rapidly improving after being put into a medically-induced coma in the initial response to his collapse. In recent days, he has assumed a new role with the coaching staff, helping out during practice and now, it appears also on the sidelines during the game in the capacity of “Coach Key”.

Johnson was the Southeastern Conference’s Preseason Player of the Year heading into his junior season, along with several other accolades, and was averaging 19.7 points, 6 rebounds, 1.7 assists and 1.3 steals over his first three games before his tragic event in the fourth.

Even without him on the parquet, KJ represents the heart and soul of this team, and having him on the sideline providing moral and coaching support will only make this team stronger.