Iowa State wins the PlayStation Fiesta Bowl over Oregon 34-17. Five thoughts and analysis of the game, and what it all means. 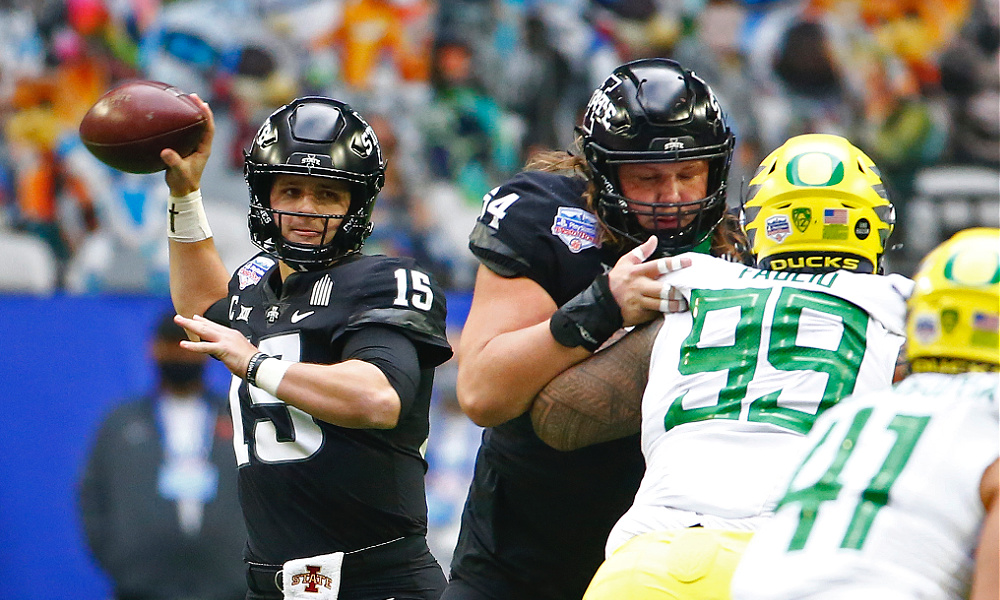 Iowa State wins the PlayStation Fiesta Bowl over Oregon 34-17. Five thoughts and analysis of the game, and what it all means.

You play the team in front of you, it’s not your fault if the other team has issues, and all of those other talking points. It’s all about the scoreboard and the record.

Yes, the Big 12 was favored in all five of the games. Yes, Army was one of those games, a meh Colorado was another, D’Eriq King suffered a knee injury in one, and Florida was missing way too many players in another.

Not on Iowa State’s win in the Fiesta Bowl. It just beat the Pac-12 Champion.

This was a huge win for the Cyclones – more on this later, but it might be the biggest win ever – and it was the one the Big 12 should chirp about more than any of the others.

Oklahoma might have been jaw-dropping great, and Oklahoma State, West Virginia and Texas did what they were supposed to do, but Iowa State was dealing with a very talented, very active Oregon team that looked like it was about to put it all together.

The Ducks still have tremendous talent, and the sky’s the limit going into next year, but …

NEXT: Oregon’s quarterback situation is a problem