The Gators added some more hardware to its illustrious athletic program’s trophy case this weekend.

The Florida men’s track and field team won its fifth outdoor national championship on Saturday thanks to a standout effort by sprinter [autotag]Joseph Fahnbulleh[/autotag], who earned an individual title in both the 100- and 200-meter dash. The Gators finished at the top of the competition for the third time in five years to claim their tenth overall title in program history.

UF legend [autotag]Mike Holloway[/autotag], who also coached the women’s team to a title in 2022 as well as the US Team at the Tokyo Olympics, won the 11th championship of his storied career at the helm of the program. During his 20 years in Gainesville, his team finished in the top five on 27 different occasions out of 38 total championship contests.

In the 100-meter dash, Fahnbulleh set a personal- and school-record time of 19.83, earning him the title in the event for the second straight year. The Gators almost broke their own collegiate record in the 4×400-meter relay in the final event of the meet, falling .35 seconds shy with a time of 2:58.88.

Take a look below at some highlights from Florida men’s track and field’s fifth outdoor title and tenth overall.

Pat Dooley lists five Gators who were right to leave school when they did. 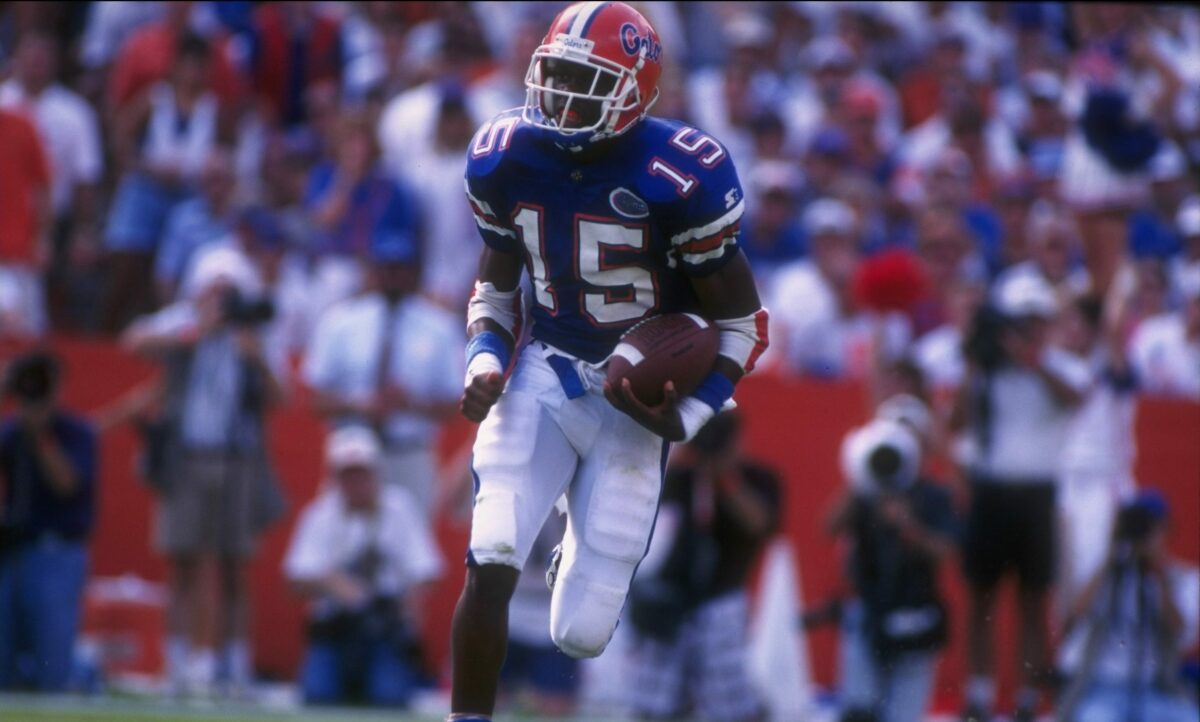 In the world of college athletics – which right now is both confusing and rewarding – careers are made by decisions.

It starts early with athletes deciding where they will visit, then where they will commit and finally where they sign. Nowadays, it’s a yearly decision about whether to stay or jump into the transfer portal.

Finally, it’s a decision for the elite (and some not so elite) to turn pro early or use all of their eligibility.

[autotag]Trinity Thomas[/autotag] is facing that decision even though she has been amazing for four full years. Because she has a pandemic year she can still use, Thomas could return for a fifth season and use it as a bridge to the next Olympics.

Thomas would be one of those athletes in Florida history who could choose to leave and we would all say, “Thanks.” The voice would be loud, too, because she is in the argument for greatest gymnast ever at Florida and perhaps the NCAA.

We’ll wait for her to announce, but while we do that, let us look at 10 UF athletes who left early and most Gator fans just wanted to give them a hug and wish them well. They had done enough.

Today, the first five of the top 10 of those athletes. Tomorrow, the second five plus a few that we were wondering what they were thinking.

Grant Holloway will always be remembered as a Gator great for his three national titles. He earned a spot on Team USA Saturday. 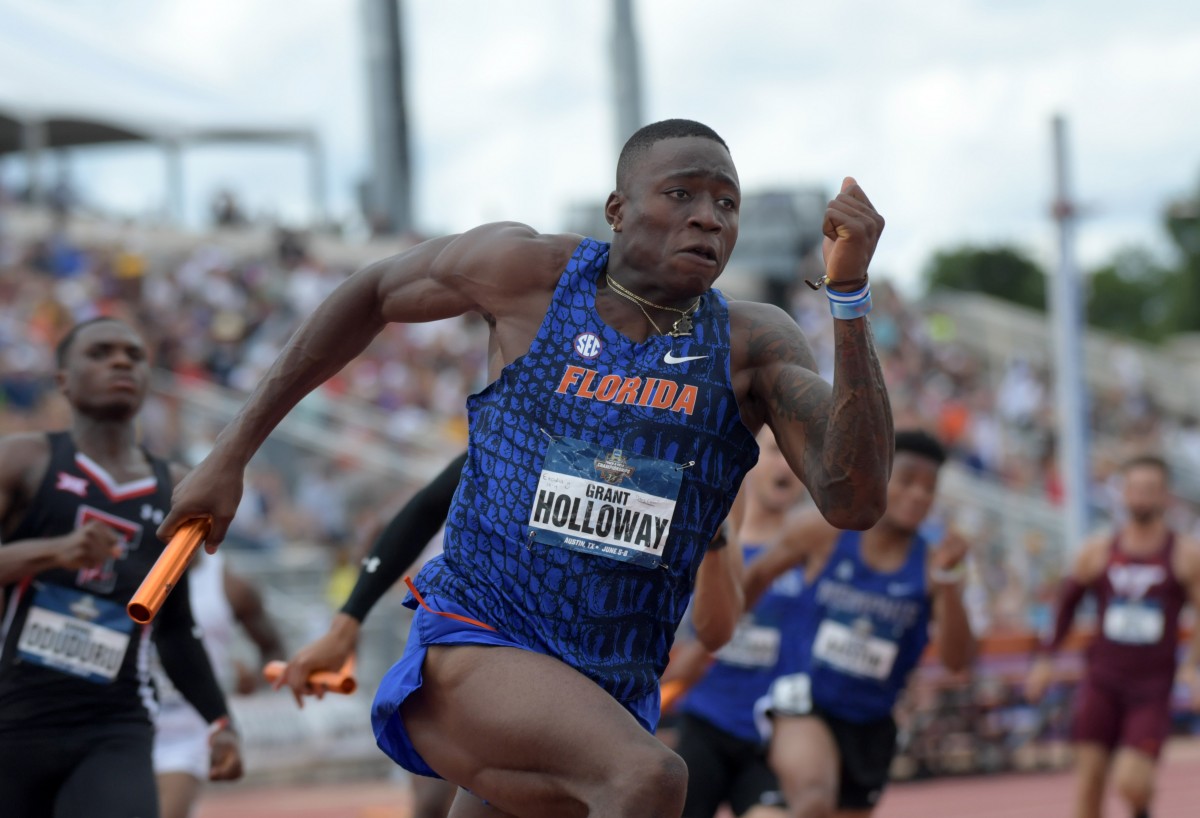 Despite what the NBC graphic stated, Grant Holloway is a former track star for Florida, not Florida State. The broadcast aired the incorrect graphic after he secured his spot on Team USA for the Tokyo Olympics with a win in the 110-meter hurdles final on Saturday in Eugene, Oregon.

This will be Holloway’s first time suiting up for the red, white and blue at the Olympic Games. In the semifinals, he made some more noise. He recorded a time of 12.8, 1/100th of a second from tying the world record. The mark he did post was the fastest in the world this year and set a new U.S. Olympic Trials record.

He tallied a 12.96 in the finals. In both events, Holloway blasted away the competition, being the only runner to crack the 13-second barrier. It’s not surprising to see him succeed, as he was the favorite after he won the world title in 2019.

Gators fans will want to tune into the Olympics broadcast in August because he has a legitimate chance to earn gold in Tokyo.