What stood out for you in the Steelers new depth chart? 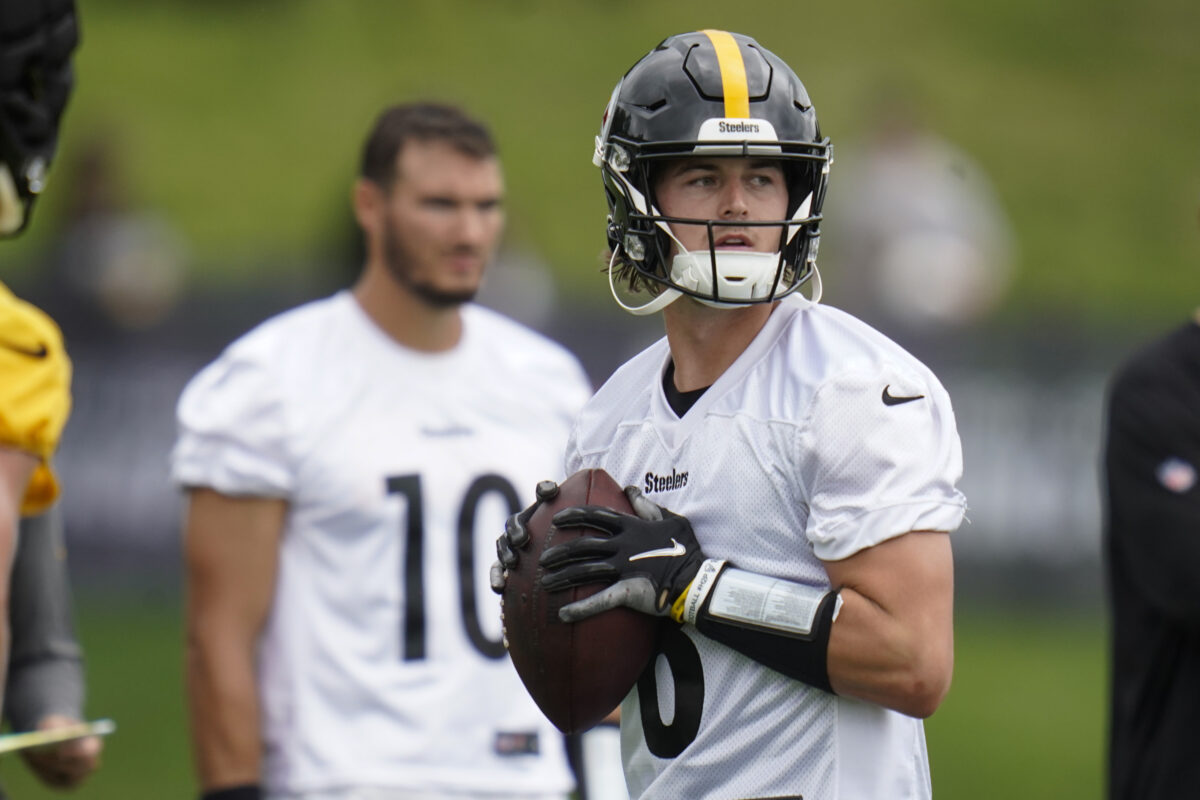 On Friday, the Pittsburgh Steelers released their first depth chart of the 2022 season. We have had a chance to dig through it and here are nine things we noticed that we wanted to expand on.

The Steelers are still shopping around for another running back. 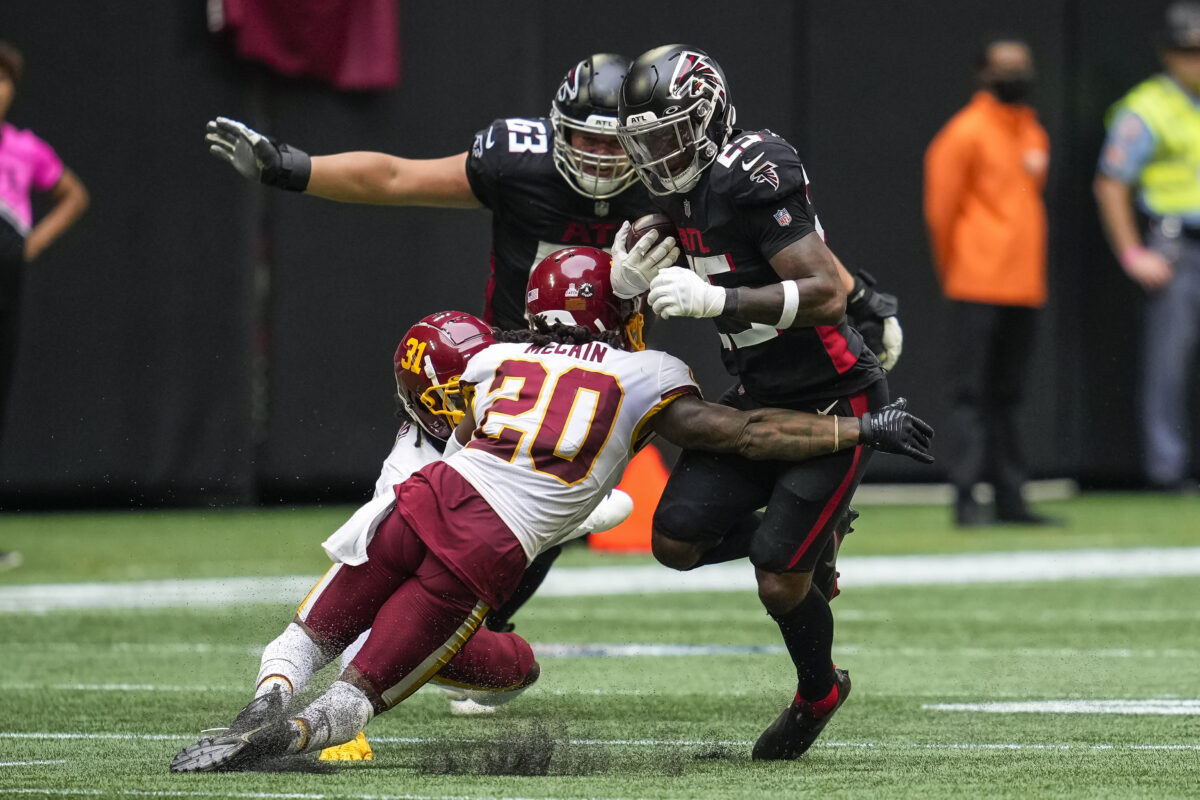 According to the NFL transaction report for Friday, August 5, the Pittsburgh Steelers work out a trio of free-agent running backs.

Gallman played his college ball at Clemson and is a former fourth-round pick of the New York Giants. Gallman has 1,548 career rushing yards in five seasons with his best being 682 yards in 10 starts in 2020.

Hardy was an UDFA of the Dallas Cowboys in 2021. He was only activated for one game where he rushed for 26 yards and scored a touchdown. Richard joined the Raiders as an UDFA in 2016. Richard has 1,3330 career rushing yards and had his best season as a rookie with 491 yards.

Here iis how the Steelers 90-man roster breaks down in the team’s first depth chart. 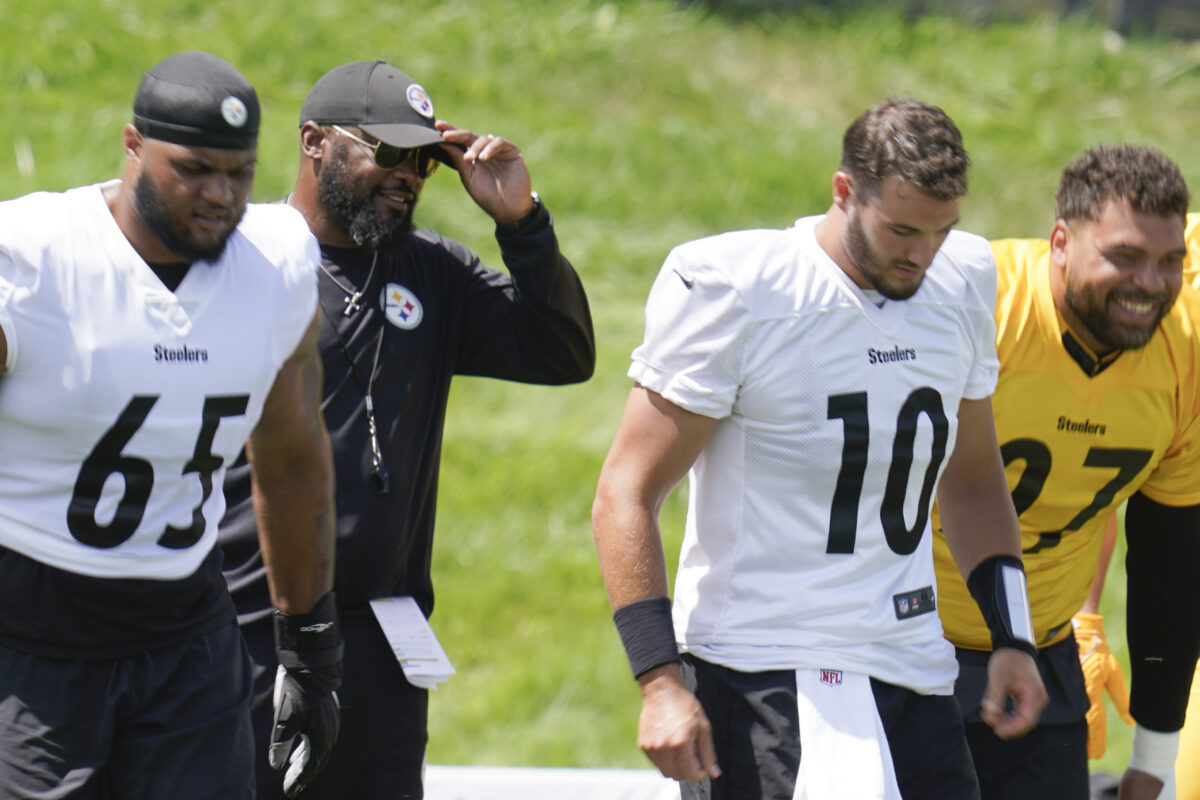 With just over a week to the Pittsburgh Steelers first preseason game, the team has released its first official depth chart. Let’s take a look at how it breaks down. 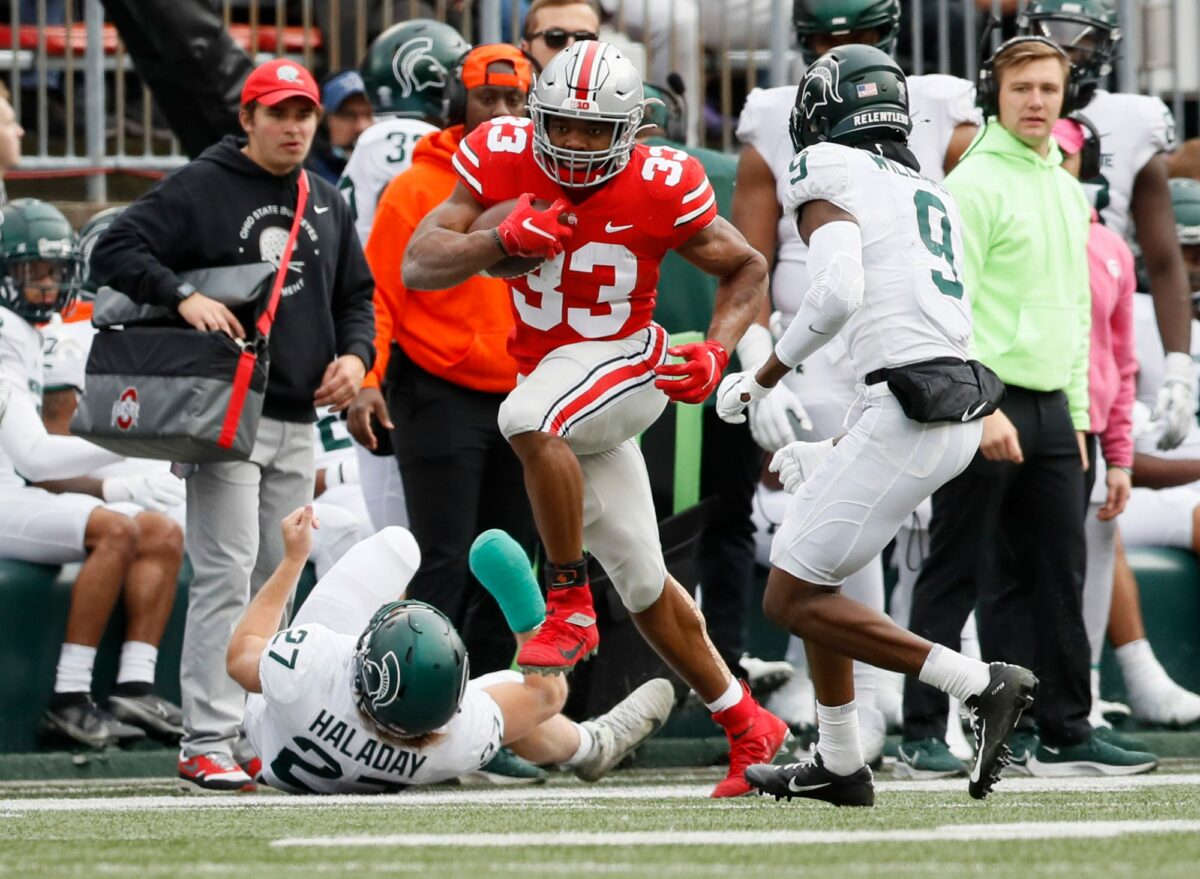 Pittsburgh only signed McNichols on July 26.

Meanwhile Teague is a fascinating guy. He orginally went undrafted in 2022 and was signed by the Chicago Bears. The team waived him after just three days but if he’s healthy is a powerfully build runner with a low center of gravity and solid resume from his time at Ohio State.

There is no guarantee the Steelers and Diontae Johnson will agree to terms before the start of the season. 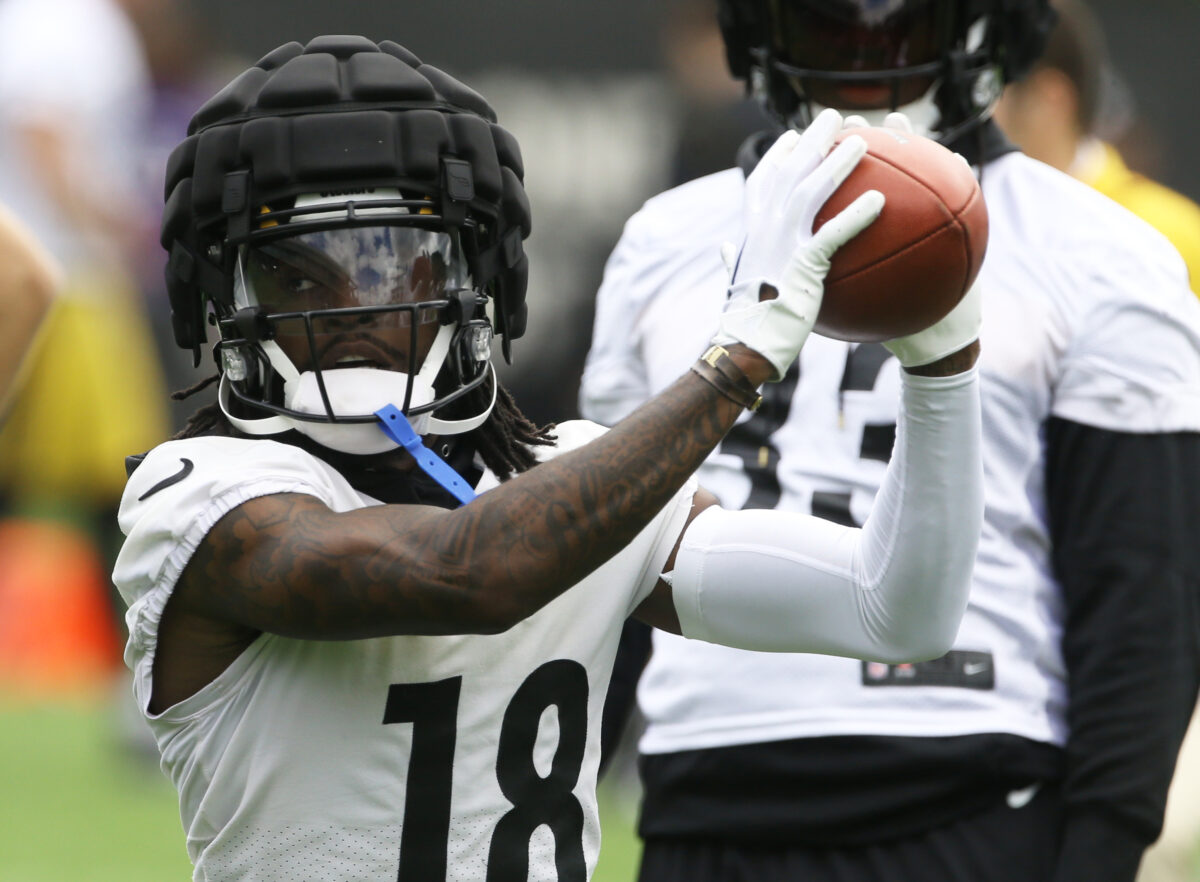 And then there is wide receiver Dointae Johnson. The talented playmaker continues his hold-in while he waits for the team to work with him to get himself his own huge contract extension. But according to Steelers beat writer Gerry Dulac, the process has begun.

Steelers have started discussions w WR Diontae Johnson, but that doesn’t mean they will sign him before season, per team source.

Johnson is coming off his best season as a pro where he finished with 107 receptions for 1,161 yards and eight receiving touchdowns. I’m sure Johnson wants to ride that momentum as well as an inflated wide receiver market like a big wave and land right on top of one of these huge extensions other receivers are signing.

But it is highly unlikley Johnson is going to get the type of money he wants. The Steelers don’t typically overpay for any position, much less wide receiver. Even after JuJu Smith-Schuster had a 111-catch season and a 97-catch season, the team didn’t flinch. With the cast of young receiver on the roster right now including uber-talented George Pickens, Johnson can’t bring a lot of leverage with his one big season.

Will the Steelers sign Johnson before the start of the season? Let us know in the comments below. 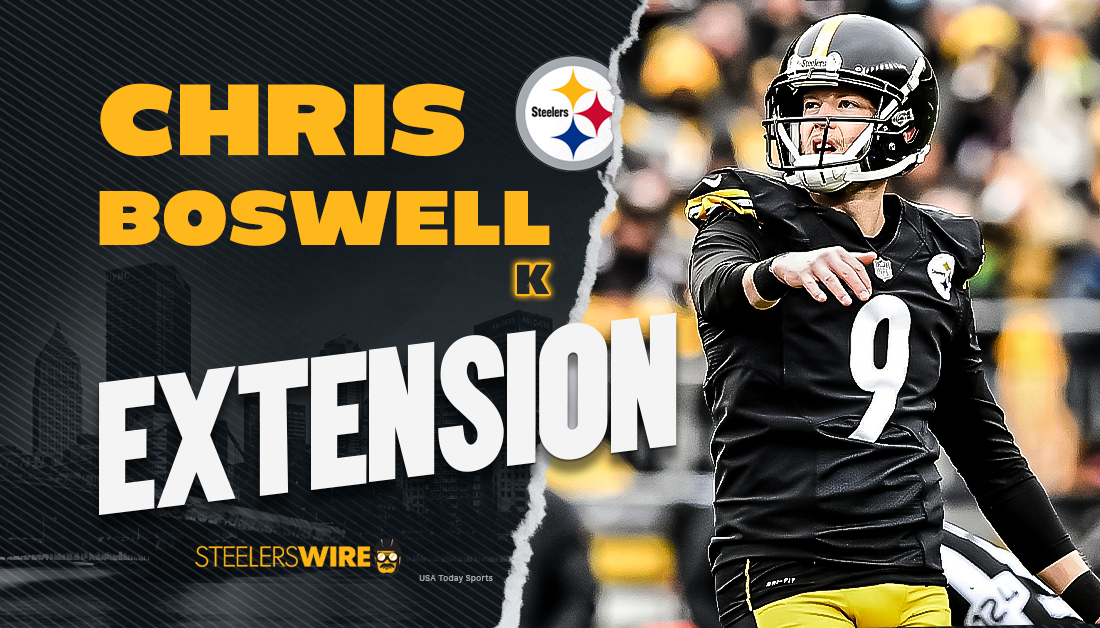 According to ESPN’s Adam Schefter, the Pittsburgh Steelers are signing kicker Chris Boswell to a four-year contract extension worth $20 million. This new contract ties Boswell with the Baltimore Ravens’ Justin Tucker as the highest-paid kickers in NFL history.

Boswell has been with the Steelers since 2015 and has worked his way into one of the best all-around kickers in the league. Boswell has hit fewer than 90 percent of his field goal tries in only two seasons in his career (2016 and 2018). He’s been the Steelers most consistently scoring threat and has hit plenty of game-winners.

Boswell’s worst season came in 2018, when he played through an injury and terrible inconsistency, hitting only 65 percent of his kicks. Last year marked Boswell’s best season in terms of field goals attempted (40) and made (36); 2020 was his most consistent season as he hit 95 percent of his field goal tries. 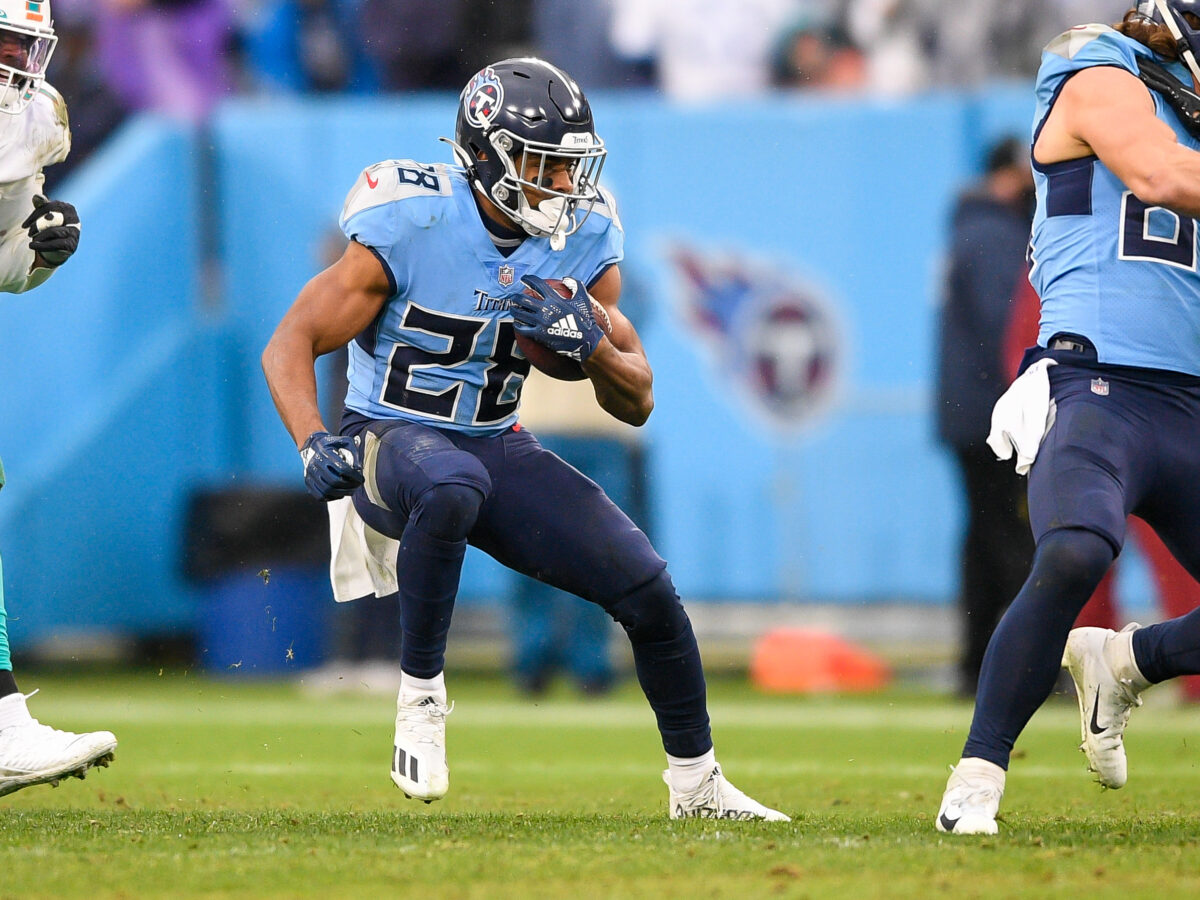 On Tuesday, the Pittsburgh Steelers announced they had signed free-agent running back Jeremy McNichols. To make move on the 90-man roster, the Steelers have released running back Trey Edmunds.

McNichols was originally a fifth-round pick of the Tampa Bay Buccaneers back in 2017. He has spent time on multiple NFL rosters including the 49ers, Colts, Titans, Bears, Jaguars and Atlanta Falcons.

The Steelers backup running back situation is pretty thin so I won’t be shocked if McNichols is in the fold to be the primary backup to Najee Harris.

Kenny Pickett might be the answer at quarterback but is it this season? 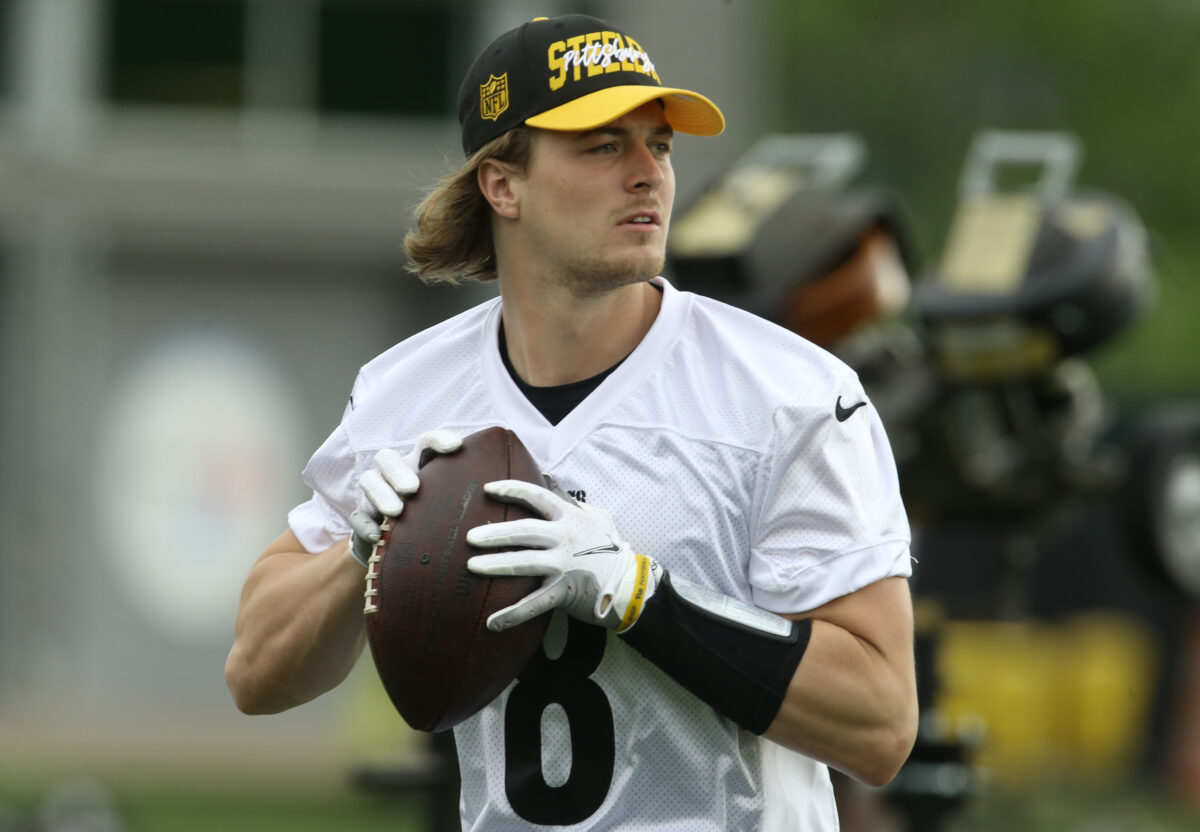 It is starting to look like none of the 2022 quarterabck class is going to be in the starting lineup on Week One. The entire draft was something of a confusing mess as quarterbacks continued to tumble after the Pittsburgh Steelers drafted former Pitt star Kenny Pickett.

But what should we expect from Pickett this year, statitically? Since we have no idea when or if Pickett will get into the starting lineup, we will offer up three scenarios. First, a prediction if he’s the fulltime starter, second if he starts the second half of the year and finally if he’s only a situational player.

Where do you rank Najee Harris among NFL running backs?

Last season, Pittsburgh Steelers running back Najee Harris had a very good rookie season. 1,200 rushing yards, 1,667 total yards and 10 total touchdowns was about as good as you could expect from a rooki behind a shaky offensive line.

But it wasn’t enough to impress the guys over at Touchdown Wire. They ranked their Top 11 running backs for the upcoming season and didn’t feel inclinded to include Harris on the list.

Instead, TD Wire opted for guys like Seattle Seahawks running back Rashaad Penny and New England Patriots back Damien Harris among the group. They even gave a tandem of Green Bay Packers backs the nod as a pair.

Let us know in the comments if you think Harris deserves to make the cut or is he still a year away from being included among the top backs in the NFL. 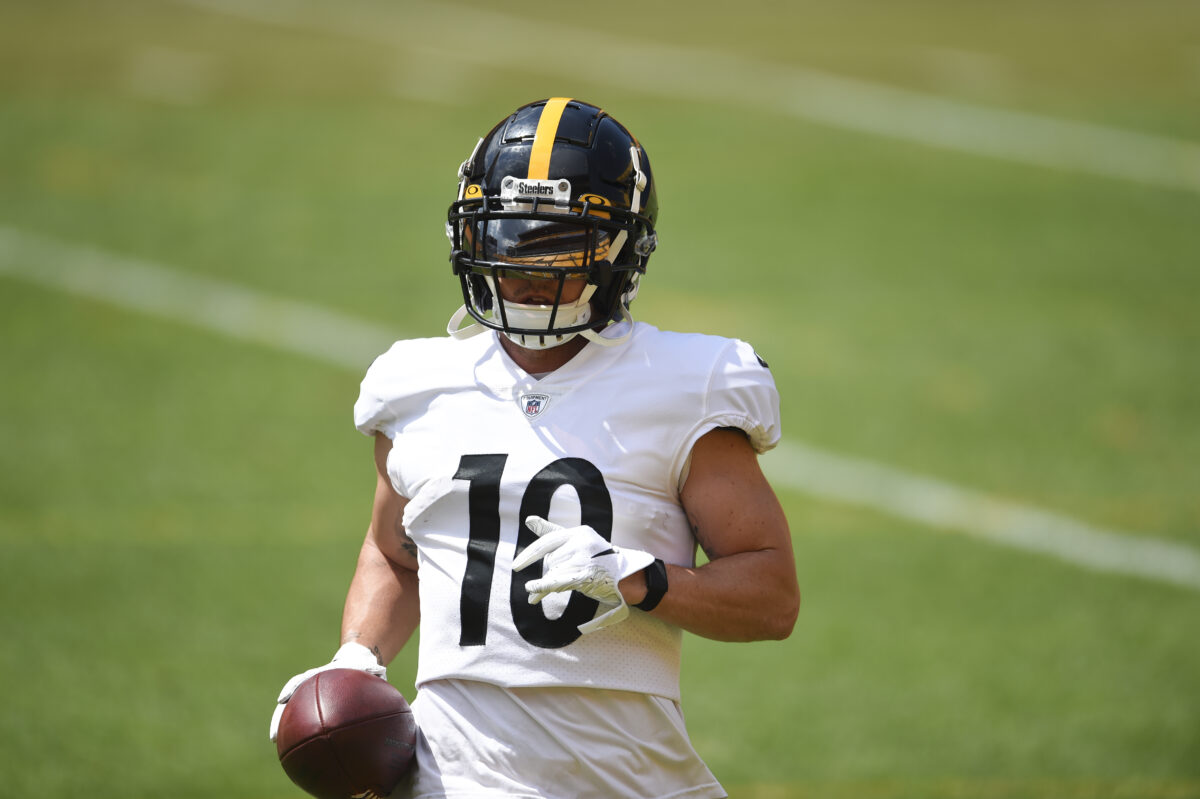 After five NFL seasons, former Pittsburgh Steelers wide receiver Ryan Switzer announced on Monday he was retiring from the NFL. Switzer made the announcement via his social media including Twitter.

Switzer was originally a fourth-round pick of the Dallas Cowboys in 2017. He joined the Steelers in 2018 and spent two seasons with the team. Switzer had his best NFL season in 2018 with Pittsburgh. He caught 36 of his 50 career passes that season for 252 receiving yards.

Switzer was the team’s primary punt and kick returner during his two seasons where he averaged 7.4 yards per punt return on 38 returns and 19.8 yards per kickoff return on 39 returns.

We wish Switzer all the best on his retirement and in his future endeavors. Switzer was a good player but a better person and that never gets the credit it deserves.