Hamilton said that the addition of players like Malcom Brown has made a big difference. 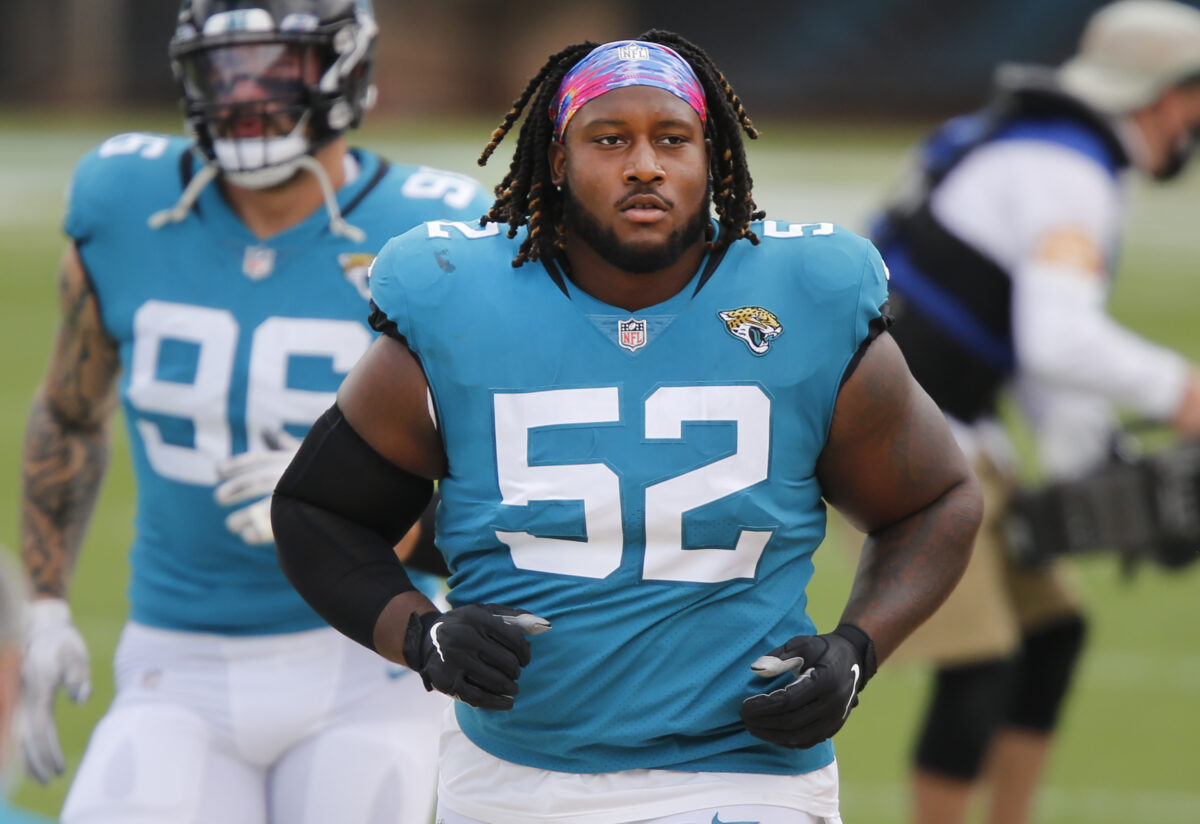 It’s no secret that Jacksonville’s front seven has a lot of work to do after last season. The unit was a sieve against the run last season, finishing third from last in the league in rushing yards allowed. But at the same time, there’s reason for optimism.

One of those reasons is the play of defensive tackle DaVon Hamilton as a rookie. The third-round pick was a key rotational player, notching 30 tackles and a fumble recovery, as well as his first career sack against Green Bay’s Aaron Rodgers.

Hamilton is expected to play a major role in the defensive line rotation again in 2021, but this time, he’ll have some more help around him. The team added several veteran interior defensive linemen, including Roy Robertson-Harris and Malcom Brown, the latter being acquired from New Orleans in a trade.

Both saw starting action with the Chicago Bears and New Orleans Saints, respectively, last season, and Hamilton mentioned Brown specifically as being an impactful addition to the unit.

“He definitely brings something to the defensive group, he’s definitely a leader for our defense,” Hamilton said. “And for me, he’s just another vet in the room that’s able to help me out, critique some things that I normally wouldn’t see and ultimately make me better.”

The Jaguars should be happy to see Hamilton taking advantage of the opportunity to learn. After all, they could very well be relying on him to start in the years to come. And it seems he’s not just learning from the veterans on his side of the ball.

Hamilton also mentioned that he’s learning from center Brandon Linder, one of the top players at his position in the NFL and the guy who lines up directly across from him.

“I love going against Linder because he’s a good vet,” Hamilton said. “He’s also one of the best centers in the league, and I can’t ask any more from him. I mean, he’s just giving me advice, helping me get better every day and I mean, I can’t beat it.”

Jacksonville’s defense may be a limiting factor once again, but it seems that players like Hamilton are benefitting from the new talent in the locker room. The Jaguars can only hope it leads to a big Year 2 from him.

After bolstering the pass defense, the Jags added some beef in the interior by selecting DT DaVon Hamilton with the 72nd overall selection. 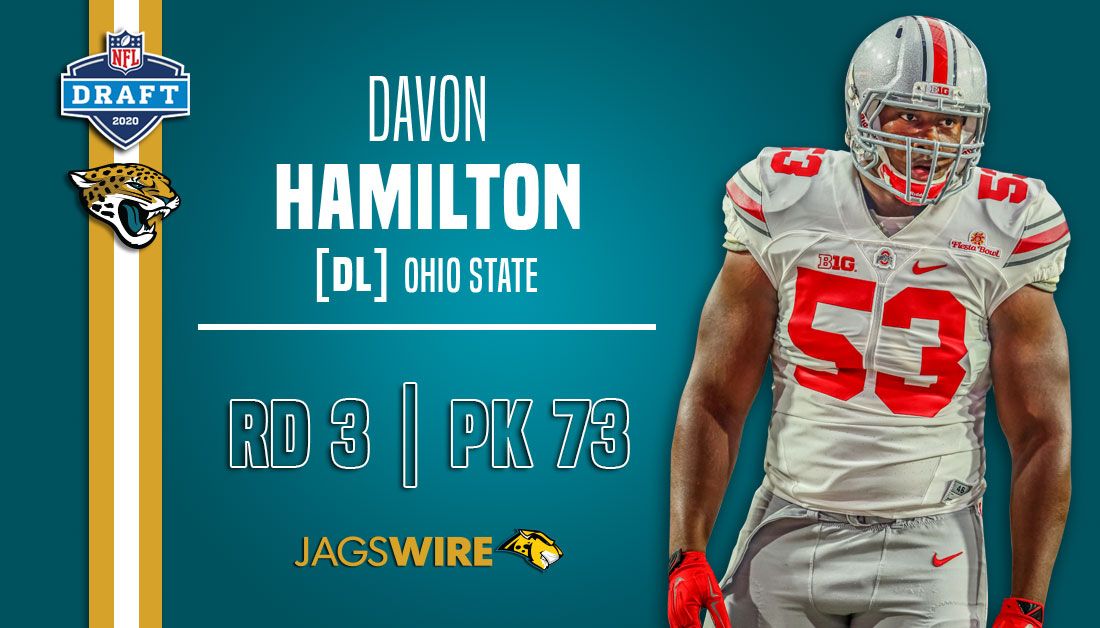 The Jacksonville Jaguars bolstered their defense in Round 1 and continued that trend in the third round. With the No. 72 overall pick of the 2020 NFL Draft, they selected Ohio State’s DaVon Hamilton.

Hamilton’s best season was his senior season as he was good enough to garner third-team All-Big Ten honors after starting in 14 games and accumulating 28 tackles (10.5 of which were for loss), and six sacks. He served as the anchor and nose tackle for the Buckeye’s defense but also proved to be a surprisingly agile big man for them, too.

Hamilton’s selection is one that makes a lot of sense after the Jags released Marcell Dareus. While they signed veteran Al Woods in free agency to help anchor the middle, he’s the team’s oldest player at 33 years of age. Now, Woods and fellow veteran Abry Jones will have a new big man to rotate with and groom through 2020 as the Jags have stressed they want to improve against the run.

Hamilton will also join notables Taven Bryan, Rodney Gunter, Dontavius Russell, all of whom will look to combine their efforts and get back to the dominant line fans watched in 2017.