Former Ohio State tennis star J.J. Wolf advanced to the third round of the U.S. Open by disposing of Roberto Carballés Baena. 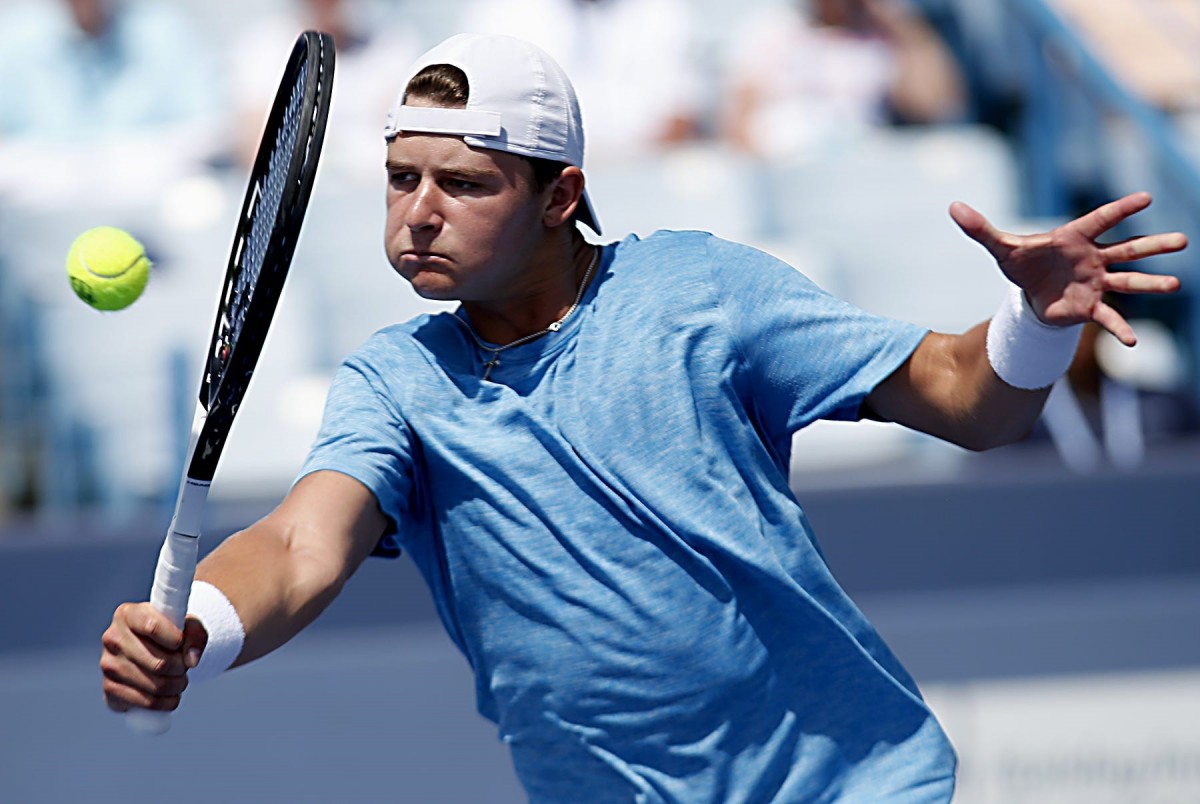 Jeffrey John Wolf has it rolling at the U.S. Open. After a huge upset of the world’s No. 36 ranked player on Tuesday, Wolf soldiered on and took down the No. 138 player in the world, Spaniard Roberto Carballés Baena on Thursday, and did it in decisive fashion 6-2, 6-4, 6-3.

Better known as J.J. Wolf, the former Buckeye is now 2-0 in Grand Slam matches. It was evident early on that his serve and groundstrokes were going to keep Carballés Baena off balance as long as Wolf didn’t commit too many unforced errors.

There were a few miscues, but his outright winners and service game were able to dominate the game.

JJ Wolf stuns Carballes Baena in straight sets to book his spot in the third round 💪#USOpen pic.twitter.com/rSiFiD2KcR

Things should ramp up significantly for Wolf next match. He could be facing last year’s U.S. Open runner-up, the No. 16 ranked player in the world and No. 3 seeded Daniil Medvedev. As long as the Russian takes care of business later today the two will meet Saturday at a time yet to be determined.