The fourth-round pick made things official with Jacksonville on Tuesday afternoon by signing his rookie deal. 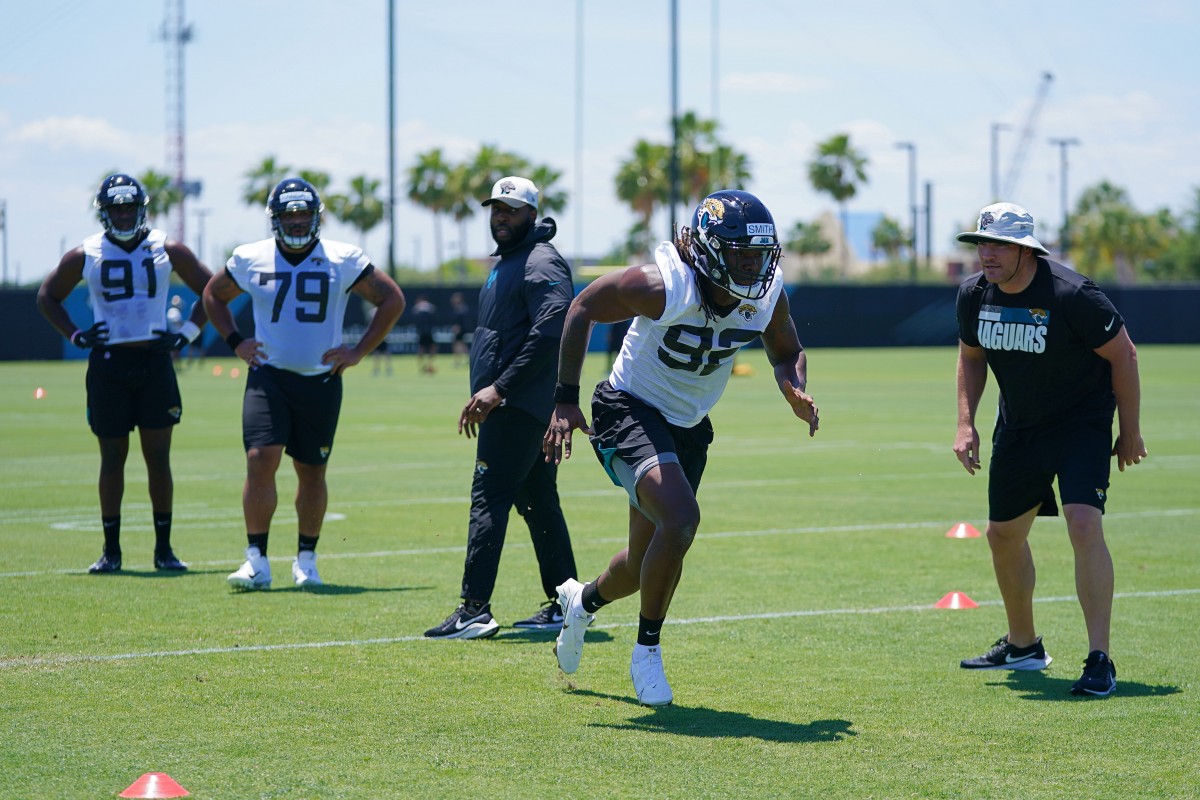 The Jacksonville Jaguars have officially added another player from their 2021 draft class to the team’s roster. After sixth-round pick Jalen Camp signed his contract on Monday, pass rusher Jordan Smith, who the team traded up to take with its second fourth-round pick, agreed to terms with the team on Tuesday.

Smith was a 2020 All-Conference USA First-Team selection for his efforts in his final year at Alabama-Birmingham. Smith became the first player from the program to be drafted since it returned from a football hiatus in 2017, and he had 12.5 sacks in 21 games with the Blazers.

The Jaguars liked what they saw from Smith’s production in the Group of Five, as they chose to move up nine spots to take him with the 121st overall selection, ultimately costing them a pick. Coach Urban Meyer has said that although he is raw, the coaches see Smith eventually developing into a reliable backup for Josh Allen.

As much as Jacksonville addressed the interior this offseason, the edge was a bit of an afterthought as Jihad Ward was the only addition that fits that skillset aside from Smith. Both should see significant opportunities in the rotation behind Josh Allen and K’Lavon Chaisson in 2021.

If injuries limit either of those two like they did in 2020, the Jags should be much more prepared for that situation from a depth perspective.