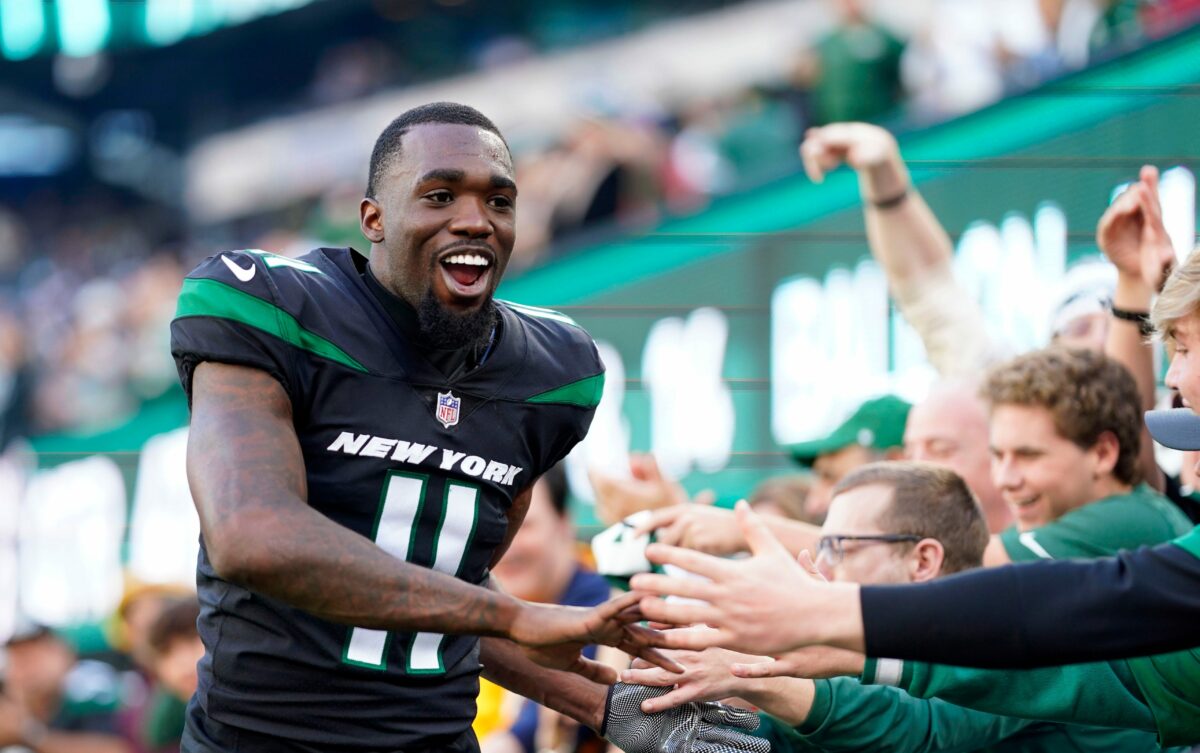 The New York Jets have announced their inactives for today’s games against the Denver Broncos and, as expected, Elijah Moore is out and Denzel Mims is in. Mims will make his season debut after being inactive for the first six games of the season.

Ashtyn Davis is also a surprise inactive after being listed as questionable with a hamstring injury but practiced in full Friday. Will Parks and Tony Adams will back up Lamarcus Joyner and Jordan Whitehead.

Here are the full inactives for the Jets and the Broncos today.

News and notes from Wednesday’s practice for the Jets 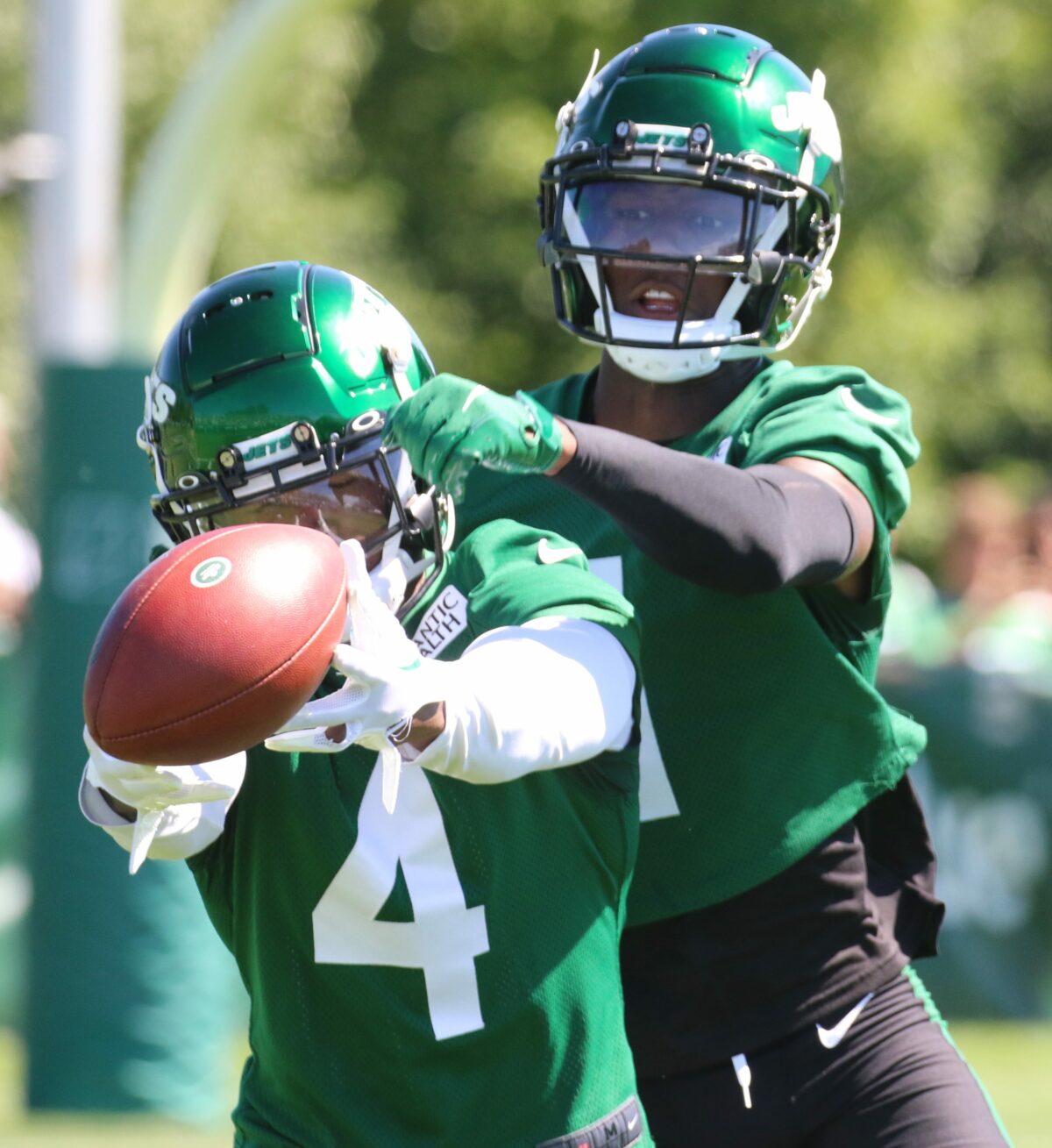 The Jets had a light, non-padded practice Wednesday in their first work since Monday’s preseason win over the Atlanta Falcons. Wednesday was fairly easy as the Jets prepare for their joint practice Thursday with the New York Giants, the first time since 2005 that the Jets and Giants will hold a joint practice. Here are a few notes from Wednesday’s workout.

Notes from the second day of joint practice on Saturday with the Falcons. 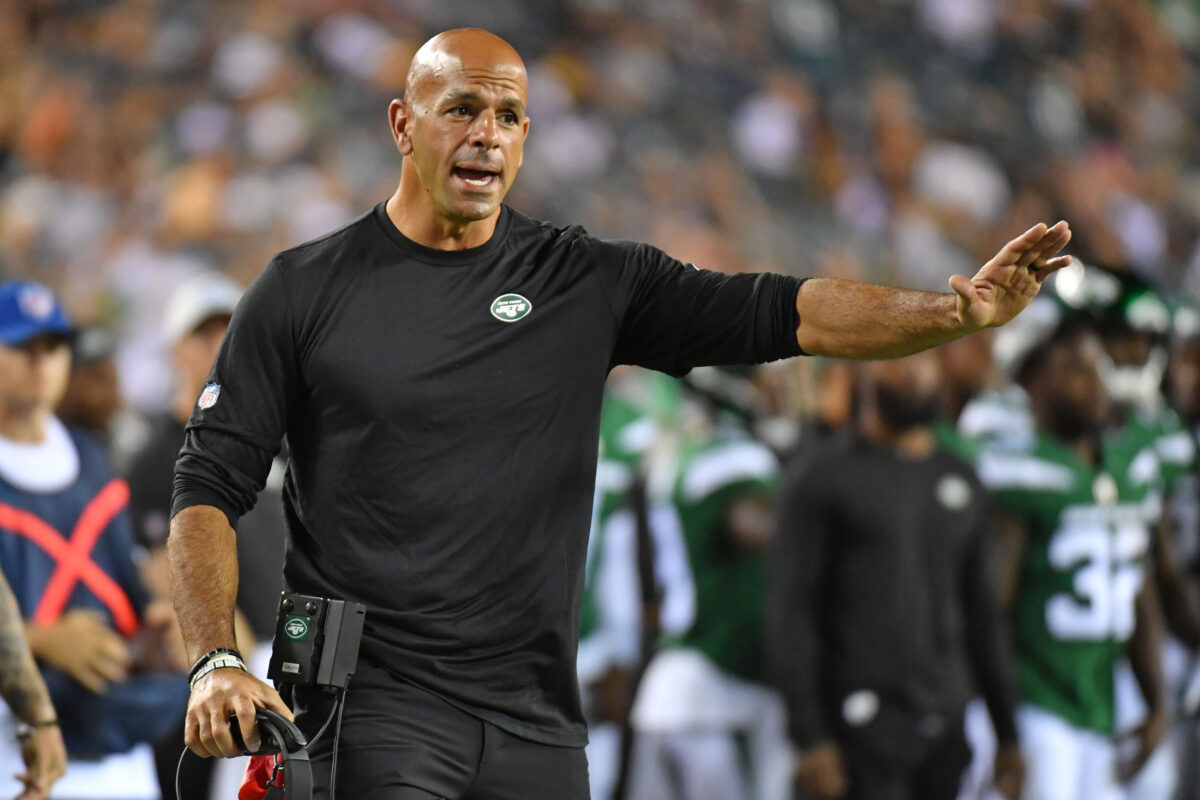 The New York Jets and Atlanta Falcons met for a second day of joint practices on Saturday, though this practice was without pads. Still, it was another overall good day for the Jets heading into Monday’s preseason meeting (8:00 PM EST, ESPN).

Let’s run through some notes and observations from Saturday’s final tuneup for Preseason Week 2. 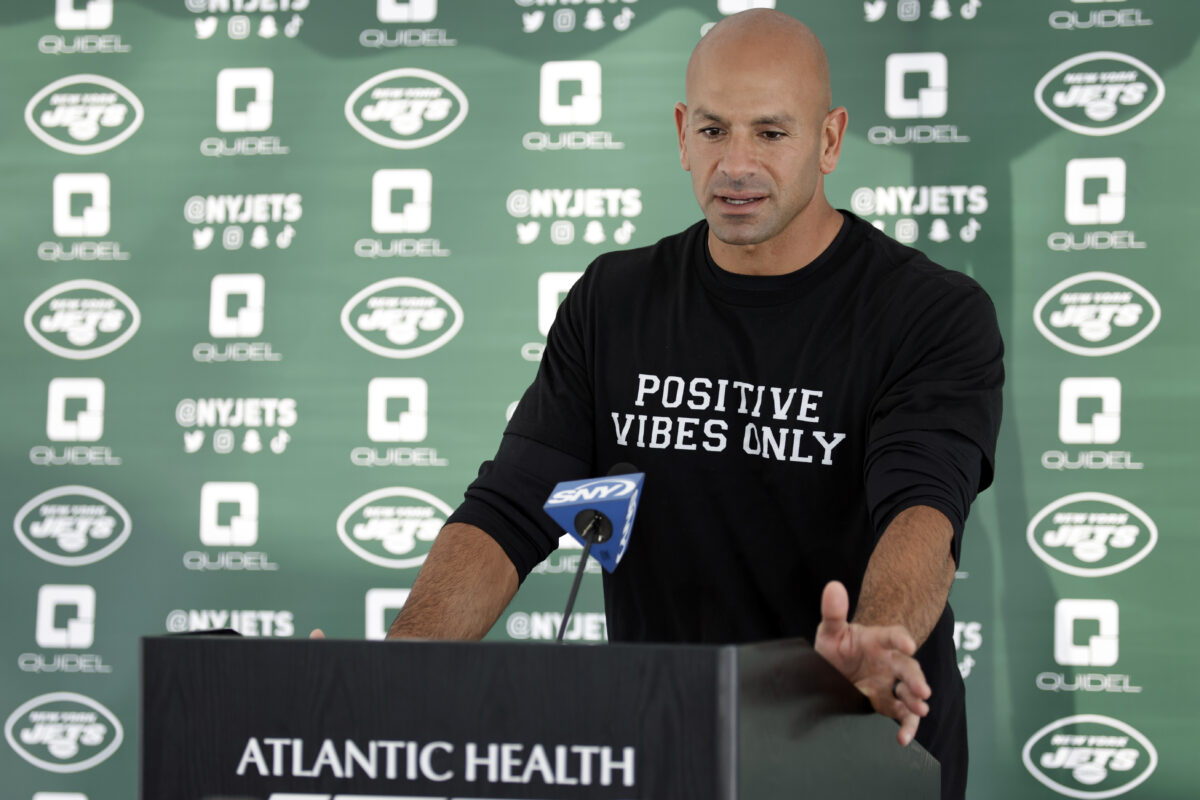 Saleh is undecided about whether he is going to play his starters in Monday’s preseason game against the Falcons.

Saleh feels the Jets’ starters got quality work during the joint practices with the Falcons and that it’s conceivable he rolls with backups on Monday.

Saleh says he’s “torn” on whether to play any starters on Monday night. Feels they got a lot of quality work in joint practices. So he’s undecided. #Jets

Of course, if he does go that route, then it’s entirely possible the starters will have played a total of two series in the preseason, as starters typically don’t play in the final preseason game. Not only that, but there is two weeks between the Jets’ final preseason game against the Giants on August 28 and their regular season opener against the Ravens on September 11.

But Saleh also seems to be weighing the injury factor as well, namely what happened to Zach Wilson against the Eagles. The last thing he needs right now is for Joe Flacco to get hurt and then he’s down to Mike White against the Ravens.

In this situation, it’s a tough call. He still has all day Sunday to think about it. It will be very interesting to see how this plays out on Monday night.

Good first day of work against the visiting Falcons. 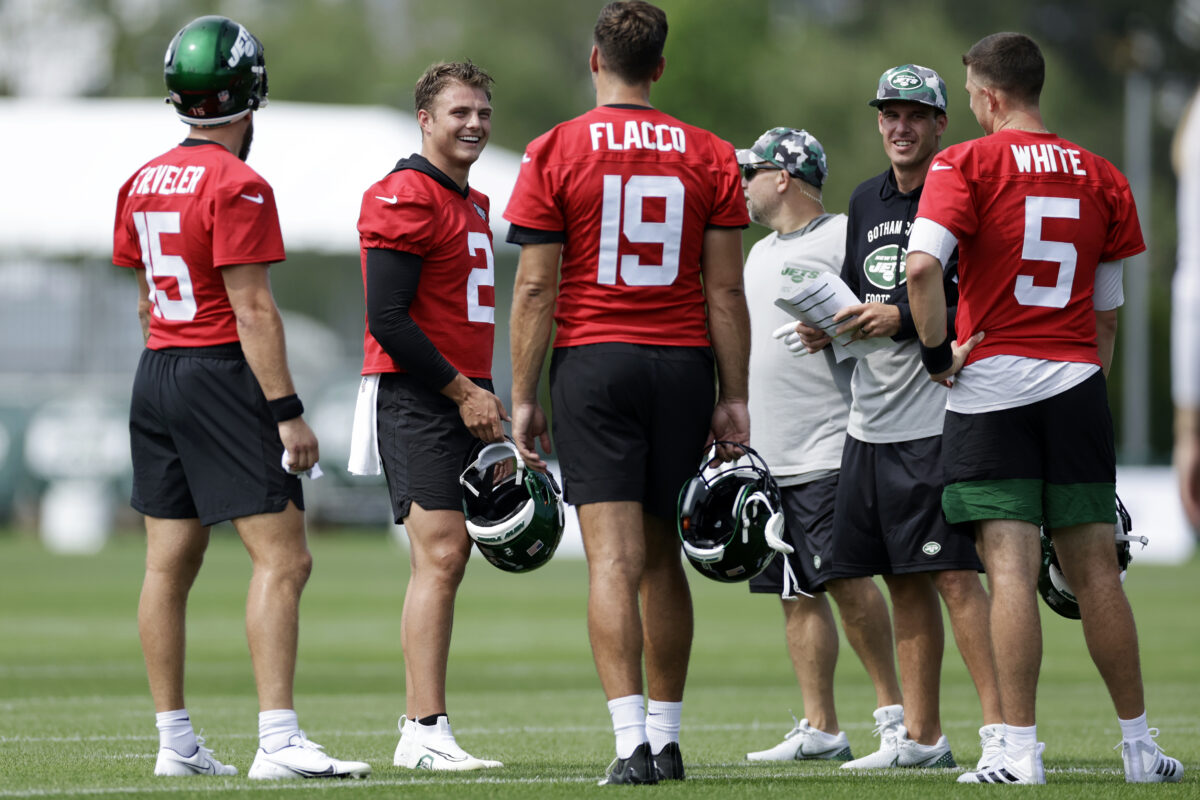 Friday began a weekend of work with the Atlanta Falcons for the Jets, as the teams will have two days of joint practices and then the game on Monday night. Overall, it was a very solid day for the boys in green, even if it was against a team that is clearly inferior to them.

Big touchdown run from Breece Hall against the Falcons Friday. 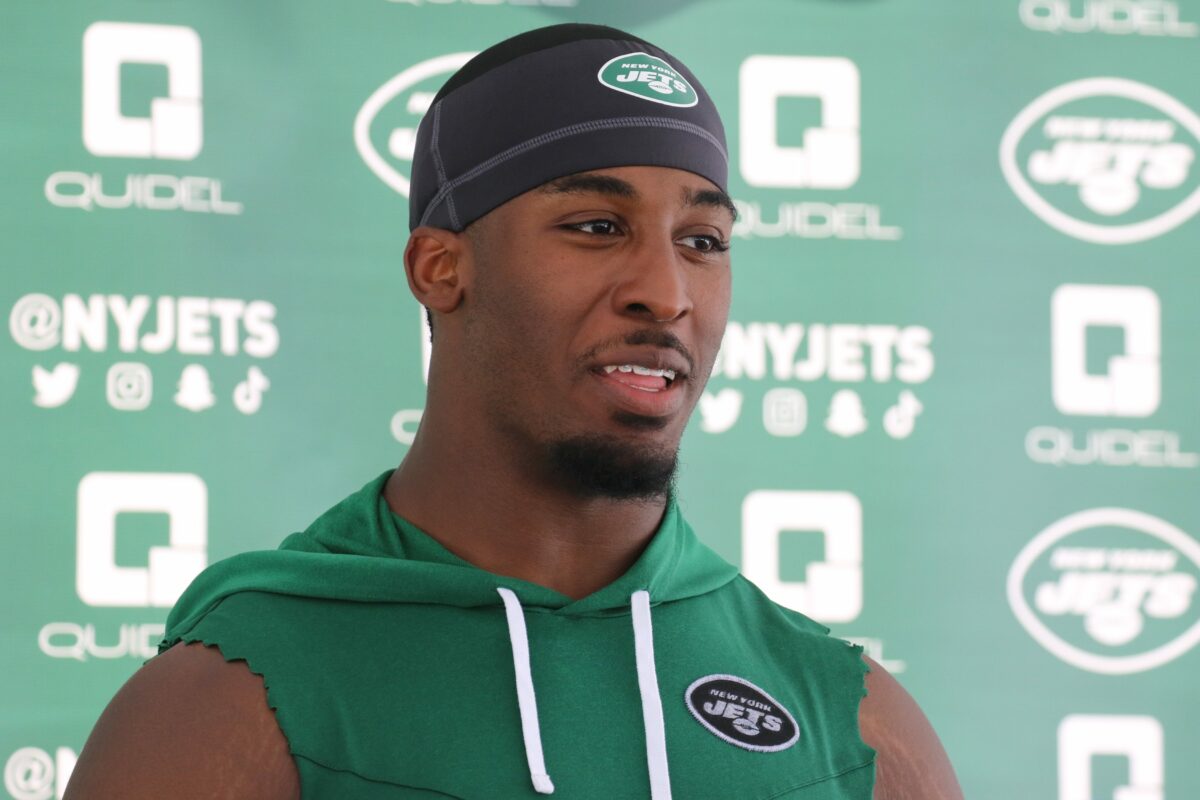 Jets rookie running back Breece Hall continues to show why the Jets invested a second-round pick in him with another long touchdown run during training camp.

Check our Hall breaking through for a 70-yard touchdown during Friday’s joint practice with the Falcons.

Hall, of course, scored his fair share of touchdowns while at Iowa State, including 20 in 2020 and 21 in 2021. In total, he rushed for 50 touchdowns while in Ames, Iowa. And with plays like this, he’ll score a few more in the NFL for the Jets.

A few notes from a light practice Thursday. 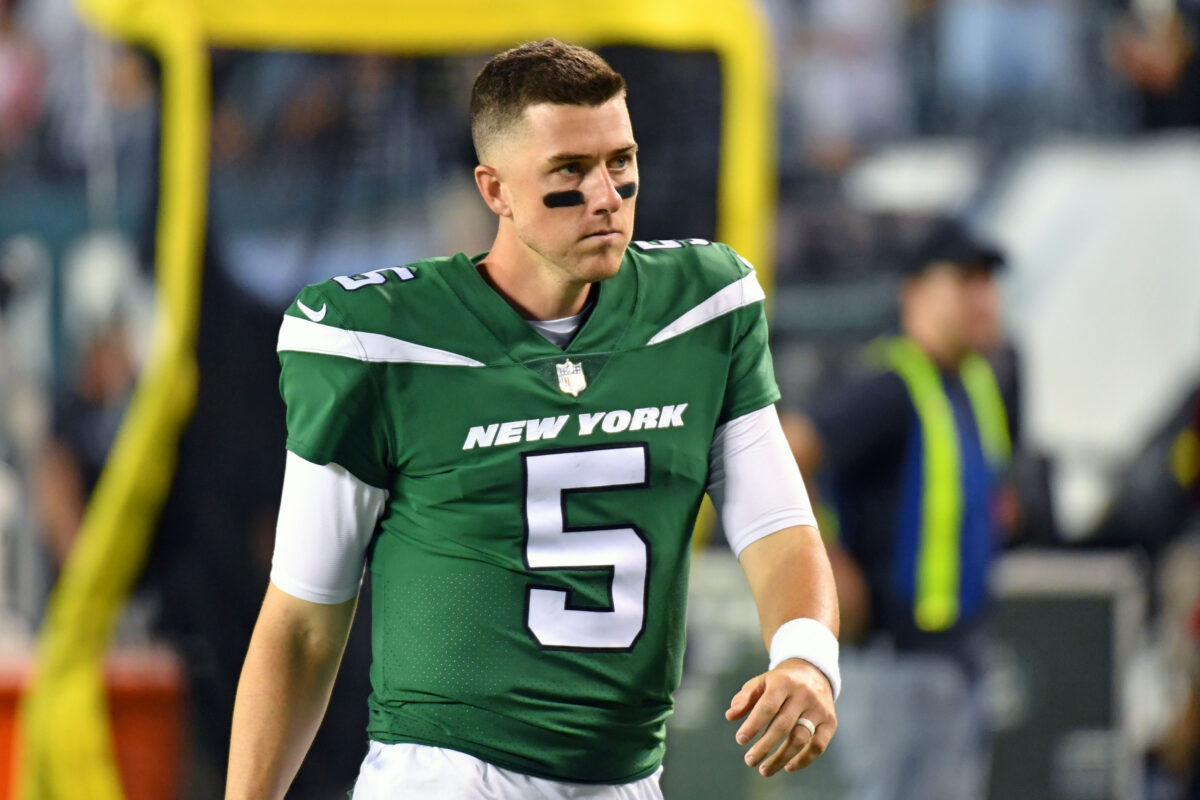 The Jets had a light, non-padded practice Thursday as they gear up for joint practices Friday and Saturday with the Atlanta Falcons. That leads up to the teams’ meeting for their second preseason game Monday night on ESPN. As we get set for the Jets to work out with the Falcons, here are a few notes from the media landscape on Thursday’s practice, the last amongst themselves for a few days.

George Fant is definitely taking the high road when it comes to his move back to right tackle. 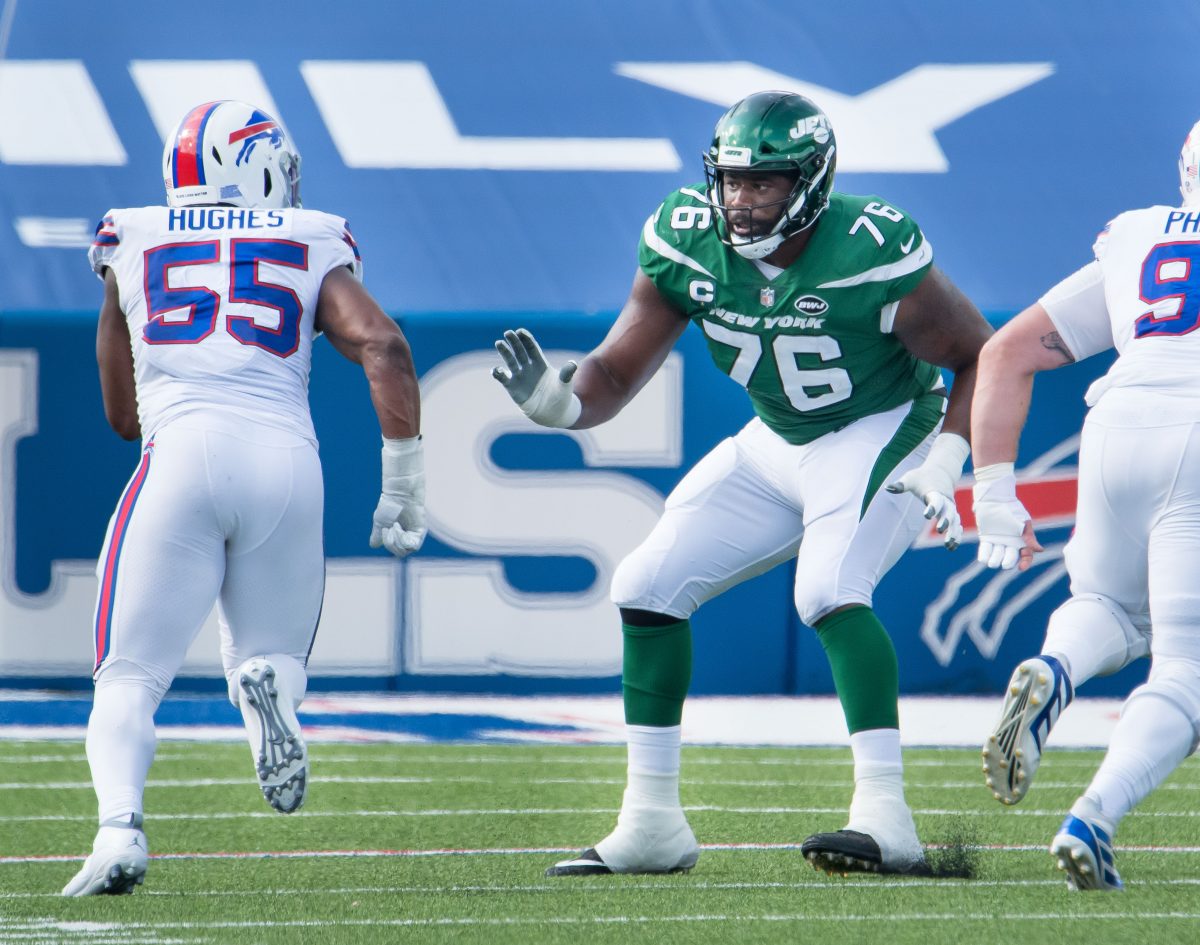 But Jets’ right tackle George Fant is taking everything in stride and is ready for the challenge of being back on the right side after the team brought in Duane Brown and placed him at left tackle.

Speaking to the media Thursday, Fant told reporters about the move to right tackle.

“I only control what I can control, and that’s to be the best right tackle I can be,” he said. “You just have to be a pro in certain situations.”

At the very least, Fant is taking the high road and being a great team player.

Once Fant is fully healed from the foot injury he has been dealing with, it will be exciting to see what this offensive line can do. At least it’s full of consummate professionals.

Check out Duane Brown in his first practice with the Jets. 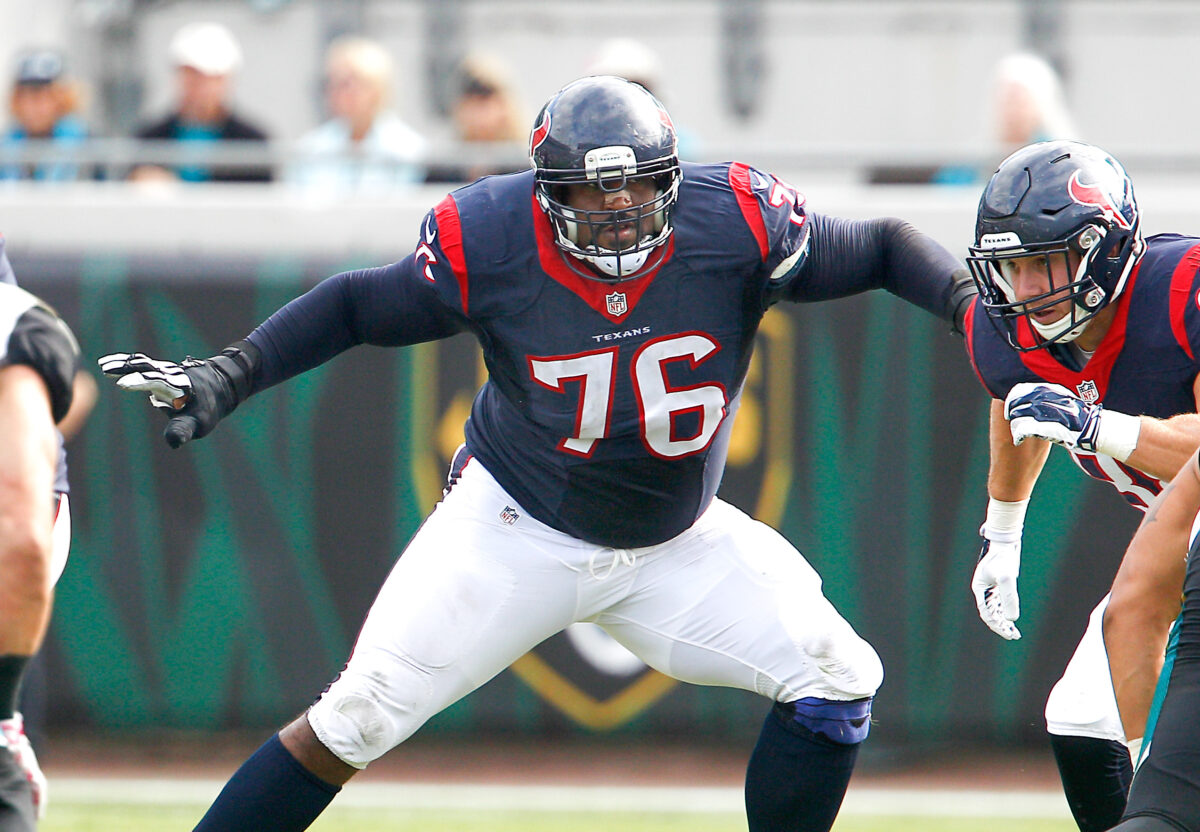 The wait is finally over for the new left tackle of the New York Jets. After working on the side during Tuesday’s practice, Duane Brown participated in his first positional drills since signing with the Jets.

Zach Rosenblatt of The Athletic got a shot of Brown’s first actual action on the field as a member of the Jets.

Duane Brown has already switched numbers. He’s now No. 71. Here he is during some position drills: #Jets pic.twitter.com/vkZL68qPmN

It remains to be seen how much Brown and the rest of the starters will play on Monday night against the Atlanta Falcons. The important thing right now is he gets ready for Week 1 against the Baltimore Ravens.

Safe to say Carl Lawson was hungry to return from his 2021 Achilles injury. 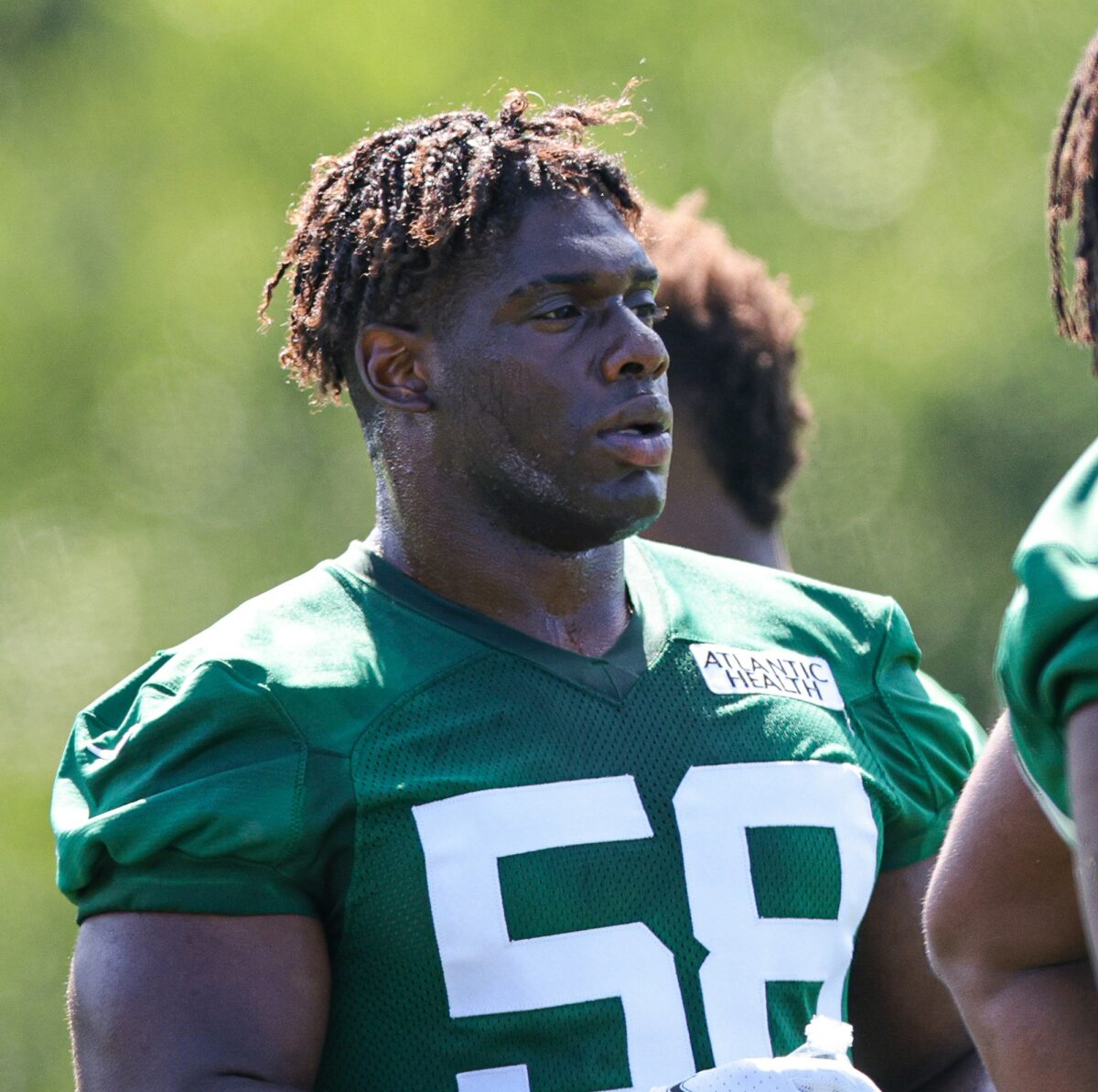 Carl Lawson cashed in big time during free agency last season, signing a 3-year, $45 million contract with $30 million guaranteed with the Jets, leaving the Cincinnati Bengals. Unfortunately, he never got a chance to enjoy his first season in the Big Apple.

An August Achilles injury ended his season before it began. So Week 1 against the Baltimore Ravens will be his first actual game as a Jet. And if you think he wasn’t hungry to get back, his comment to the media Wednesday tells you all you need to know.

“I wanted it as bad as you want to breathe,” Lawson said. That’s about as serious as you can get. Lawson battled and fought as hard as he could to get back into action and has easily gotten back into football shape and will be a big-time leader on this defense.

Carl Lawson on how badly he wanted to rebound from Achilles injury and get back to form:

“I wanted it as bad as you want to breathe.” #Jets

“I have the most ridiculous expectations for myself,” he said, joking that he wants 100 sacks. He also said he wants the identity of the Jets’ defense to be “violent”.

Lawson: “I have the most ridiculous expectations” for myself. Jokes about 100 sacks. Says he wants to do something never done before. #Jets

What does Carl Lawson want the identity of the #Jets defense to be?

Lawson is ready to hit someone, particularly on the other team. He said he was “antsy” heading into the Green and White scrimmage. He looks like he’ll get a chance to hit someone from another team on Friday, as the starters are expected to play about 1-2 series against the Eagles.

Carl Lawson says he was “antsy” before the scrimmage last weekend. Imagine how he will feel Friday vs Eagles — first action in a year. #Jets pic.twitter.com/vfDgXjUehI

It’s been a wild ride for Lawson, but one that is definitely on the rise and it will be very fun to watch him when he is let loose fully this season.