Pittsburgh has options at center this season.

Last season, the Pittsburgh Steelers had to try to adjust to life after Maurkice Pouncey. His sudden retirement prompted the Steelers to draft Kendrick Green in the third round of the 2021 NFL draft.

Green was a top-tier college guard but his lack of experience at center showed. Pittsburgh stuck with Green as long as possible but he eventually found himself benched.

In the offseason, the Steelers added two guys, both of which could start at center. Mason Cole came over from the Minnesota Vikings with more than two dozen starts at center. Cole is also a proficient guard.

Pittsburgh also signed James Daniels as a free agent from the Chicago Bears. Daniels was a college center, moved to guard in the NFL and then back to center. He has 48 career starts/

Cast your vote and let us know who should start at center this season. My prediction is Cole wins the job with Daniels at left guard and either Green or Kevin Doton on the right side.

Kenny Pickett talks about when he switched to two gloves and his adjustment to a larger NFL football. 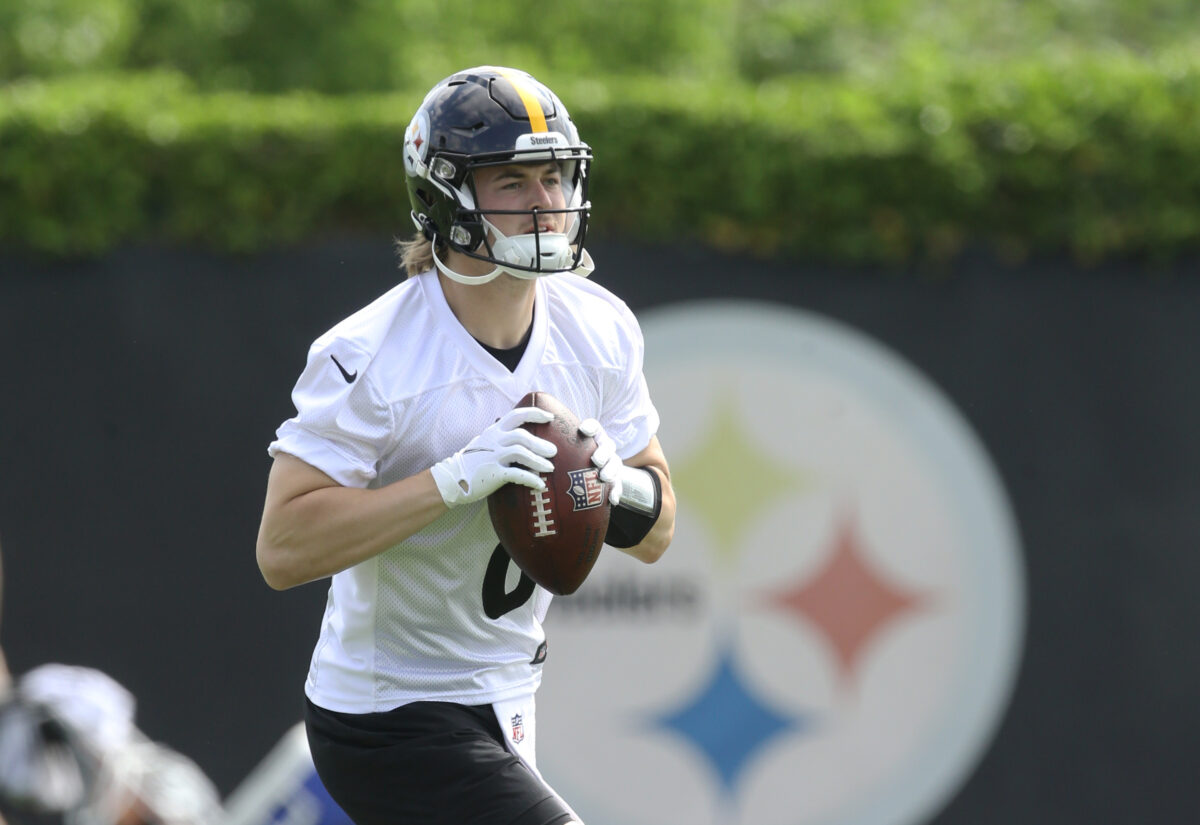 The big criticism of Pittsburgh Steelers quarterback Kenny Pickett during the pre-draft process was his hands. Despite a remarkable senior season where he was one of the best players in all of college football, there were concerns about Pickett’s hand size and his need to wear gloves on both hands when he played.

Pickett was on the Pat McAfee show and shared why he switched to the two gloves and unfortunately the answer isn’t very exciting. According to Pickett it was strictly a comfort issue and after switching over he felt like it gives him a better feel for the football. This is going to be especially important given that the NFL football is slightly larger than the college version.

During his senior season, Pickett threw for 4,319 yards and 43 touchdowns to just seven interceptions. He took a Pitt team that was 6-5 in 2020 and led them to an 11-3 record and a trip to the Peach Bowl that he chose not to play in.

Given the weather Pickett will be playing in as a member of the Steelers and in the AFC North, it won’t look at all out of place to see him in two gloves and as long as he can hold onto the football, none of this should matter.

The Steelers have a big chunk of dead cap for this season. 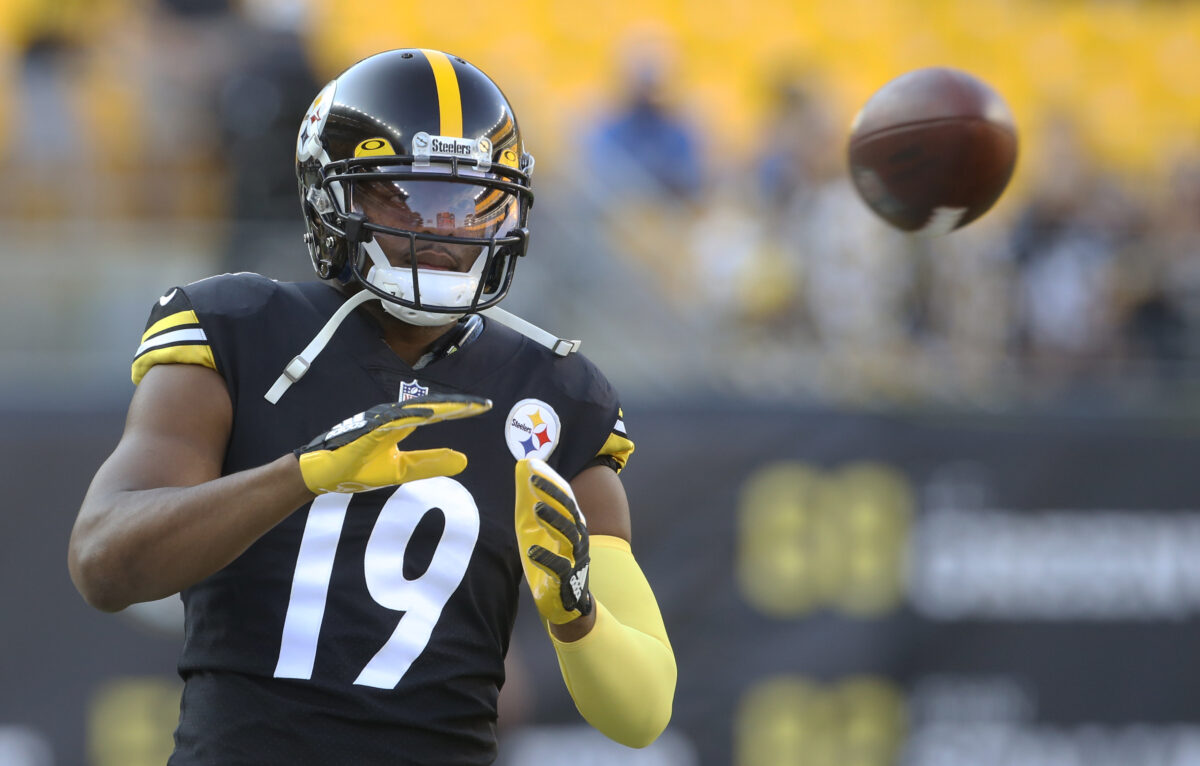 It’s been a very long time since the Pittsburgh Steelers were in such good salary-cap shape. The team went into the offseason with plenty of money to spend, spent it wisely and is still sitting on more than $23 million in cap space.

However, the team does have nearly $31 million in dead money as well. Here’s how it breaks down among eight players.

Here are this season’s theme games. 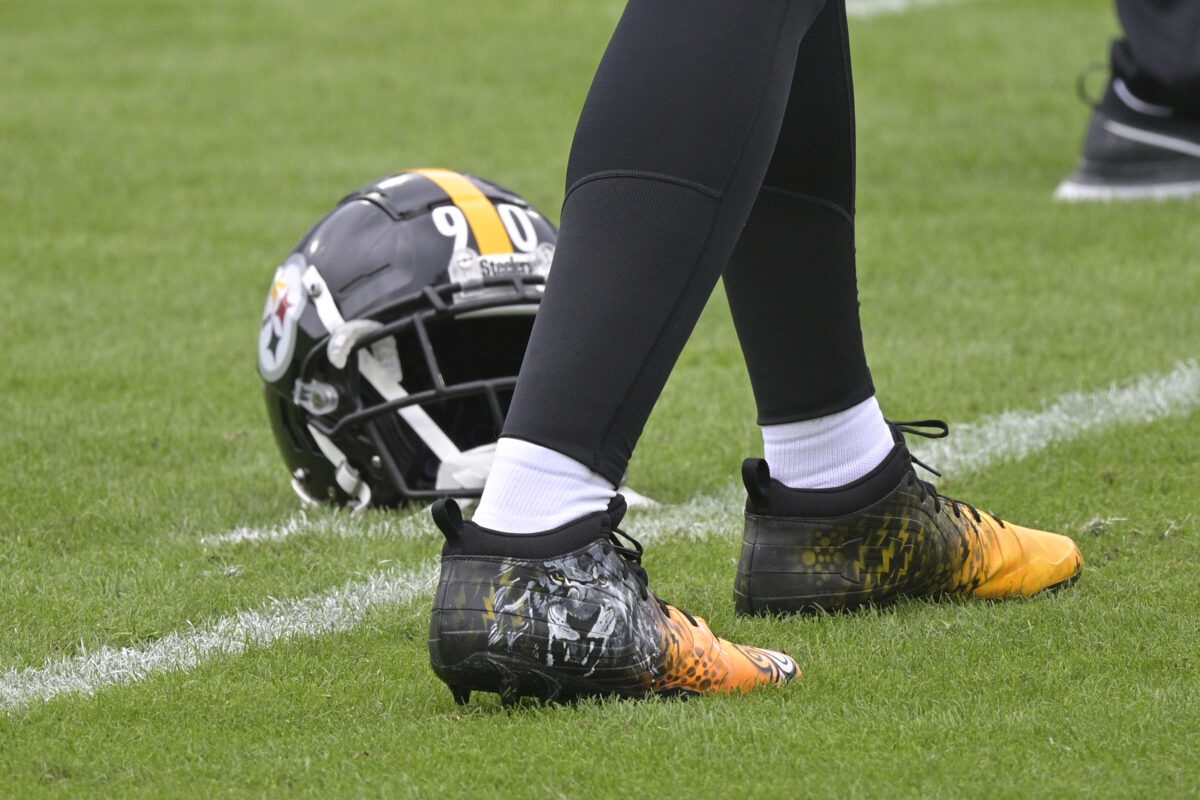 Here is a breakdown of the theme games for the Pittsburgh Steelers on the 2022 preseason and regular season.

Claypool made it clear how good he thinks he is. Now he has to show it on the field.

Pittsburgh Steelers wide receiver Chase Claypool called his shot this week when he declared himself a top-three wide receiver in the NFL. Bold for sure but this is something we’ve come to expect from Claypool. Here are our big takeaways from the interview.

Cast your vote and tell us if the Steelers defense is improved this season. 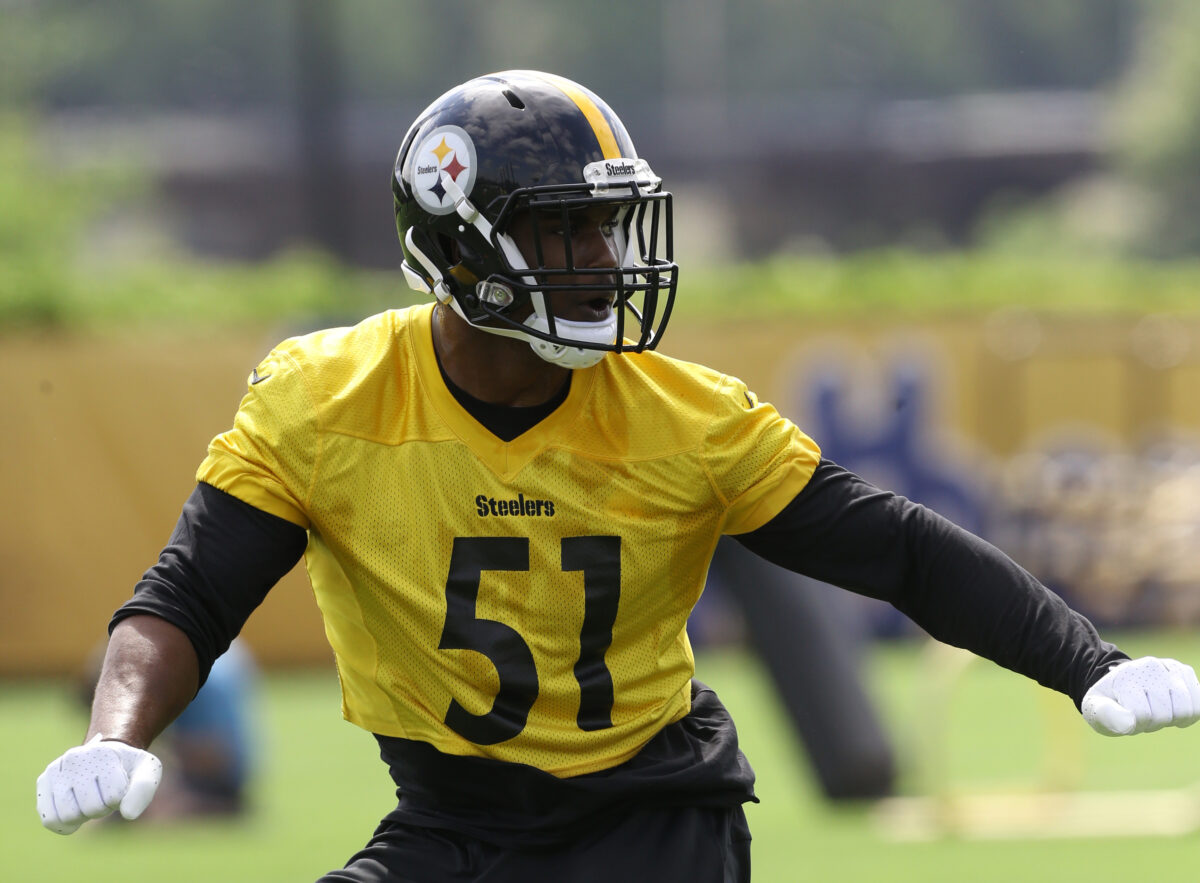 No team in the NFL has spent more on defense this season than the Pittsburgh Steelers. Pittsburgh had a ton of money wrapped up in the defense last season as well but it didn’t really pay off. Will this season be different?

The Steelers have invested $165 million in a defense hoping to do better than No. 20 in points allowed and No. 24 in yards allowed. The big additions were linebacker Myles Jack and cornerback Levi Wallace. Meanwhile, cornerback Joe Haden, linebacker Joe Schobert and defensive lineman Stephon Tuitt are gone.

With so many new moving parts on offense, this defense needs to play at a level equal to the price tag. The AFC is loaded with high-powered offenses and Pittsburgh needs to lean on the defense to try to keep pace. Cast your vote and let us know.

Did the Steelers do enough to address offensive line this offseason? 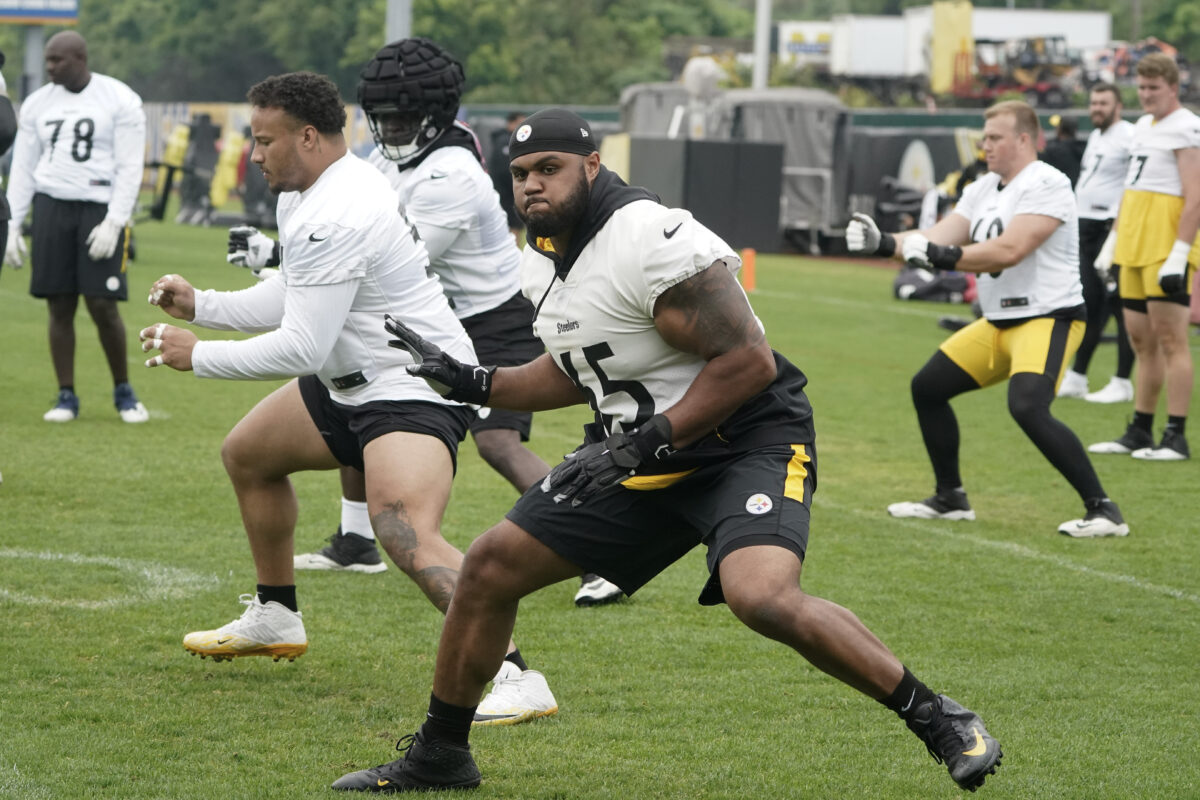 Last season, many of the problems with the Pittsburgh Steelers offense centered around inconsistent play by the offensive line. Rookie running back Najee Harris finished fourth in the league in rushing yards but nothing came easy and his yards per carry was near the bottom of the league.

This offseason, Pittsburgh signed a pair of free agents, Mason Cole and James Daniels, both of which should start and be upgrades on the interior offensive line.

But this wasn’t enough to impress Mike Renner of Pro Football Focus. He ranked all 32 offensive lines and he has the Steelers unit at No. 30. Only the Chicago Bears and Seattle Seahawks trail them.

In other AFC North news, the Cleveland Browns are No. 2, the Cincinnati Bengals No. 8 and the Baltimore Ravens are No. 17.

Pittsburgh did nothing to address the offensive tackle position this offseason despite having plenty of salary-cap space. With a new starting quarterback set to take over, not upgrading either side could prove to be a problem with a new signal-caller under center.

Let us know in the comments if you agree with these rankings and tell us if you think the Steelers did this offseason to fix the problems on the offensive line.

The Steelers have spent big on defense this year. 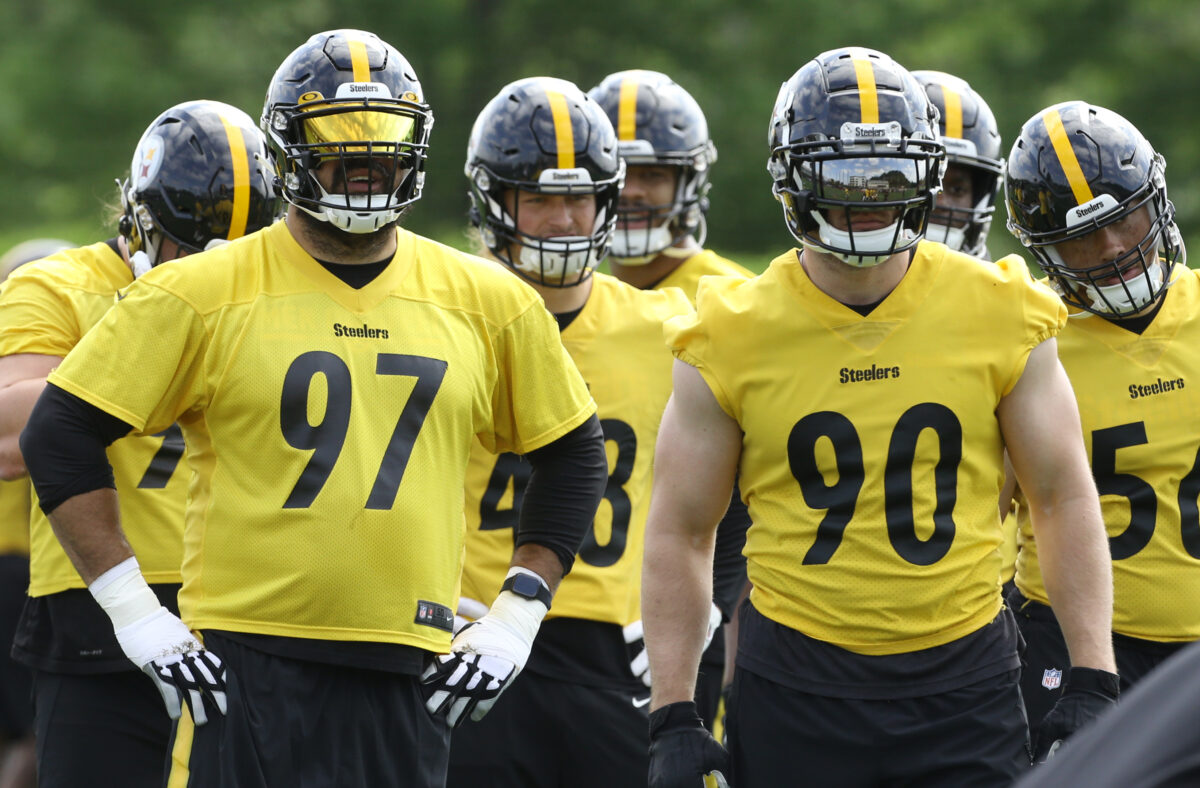 The Pittsburgh Steelers have committed a massive amount of the salary cap to the defensive side of the football. Far more than the team has spent on offense.

Derek Watt is the Steelers highest-paid offensive player this season. 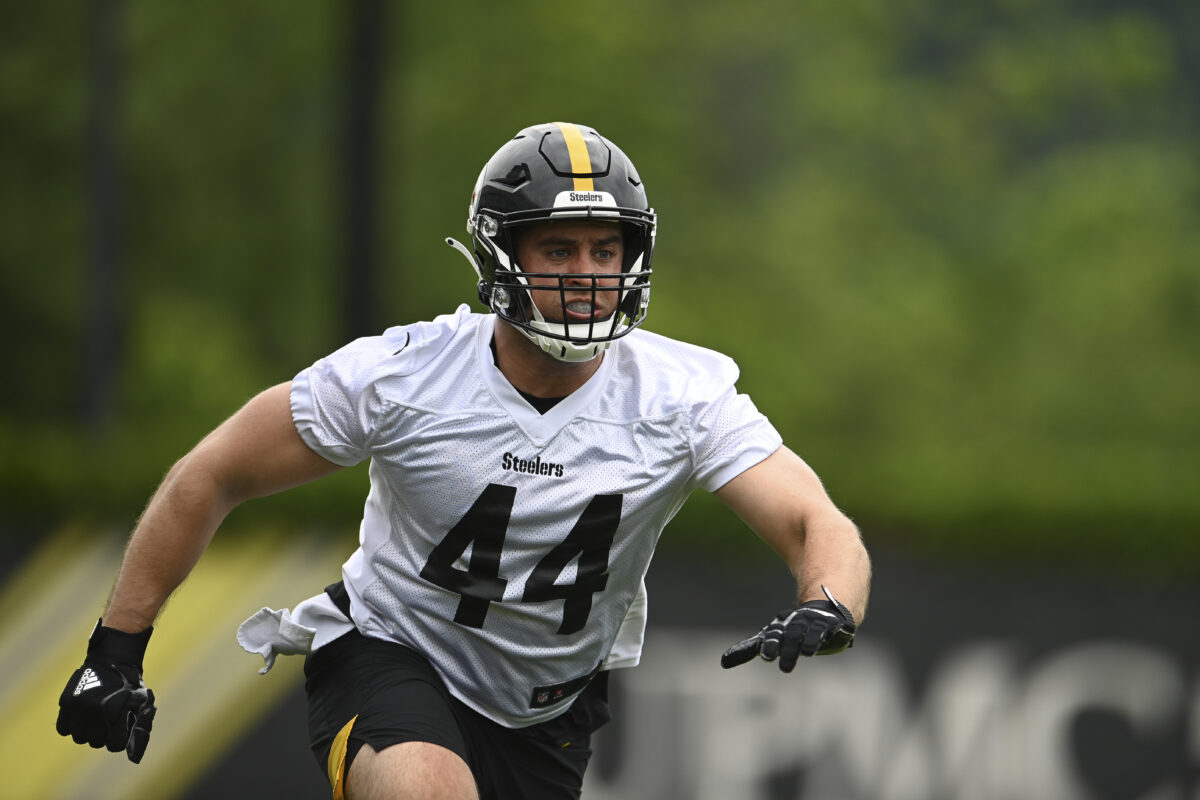 Last season, Pittsburgh Steelers fullback Derek Watt played 86 offensive snaps. For the season, Watt had one carry for a single rushing yard and caught three passes for 15 more yards. Why does any of this matter? Just wait, it’s coming.

The Steelers have several of the highest-paid players at their respective positions, depending on what measure you choose. Outside linebacker T.J. Watt, safety Minkah Fitzpatrick and yes, Watt.

Watt’s cap hit for 2022 is $4.713 million. Highest among fullbacks this season. But if that isn’t enough to make you cringe, there’s more. Watt is also the largest offensive cap hit for this season on the entire Steelers roster.  No other NFL team can claim their highest-paid offensive player this season is a rarely-used fullback.

Overall, Watt has the eighth-highest cap hit on the team this season. He trails six defensive players and kicker Chris Boswell. Just behind Watt is starting right tackle Chuks Okorafor at $4.33 million.

Please let us know in the comments what you think of Watt’s rare status in the league and on the team. Join the community and tell us if you think Watt will earn all that money this season or should he even make the final roster.

Will all this money on defense pay off for the Steelers? 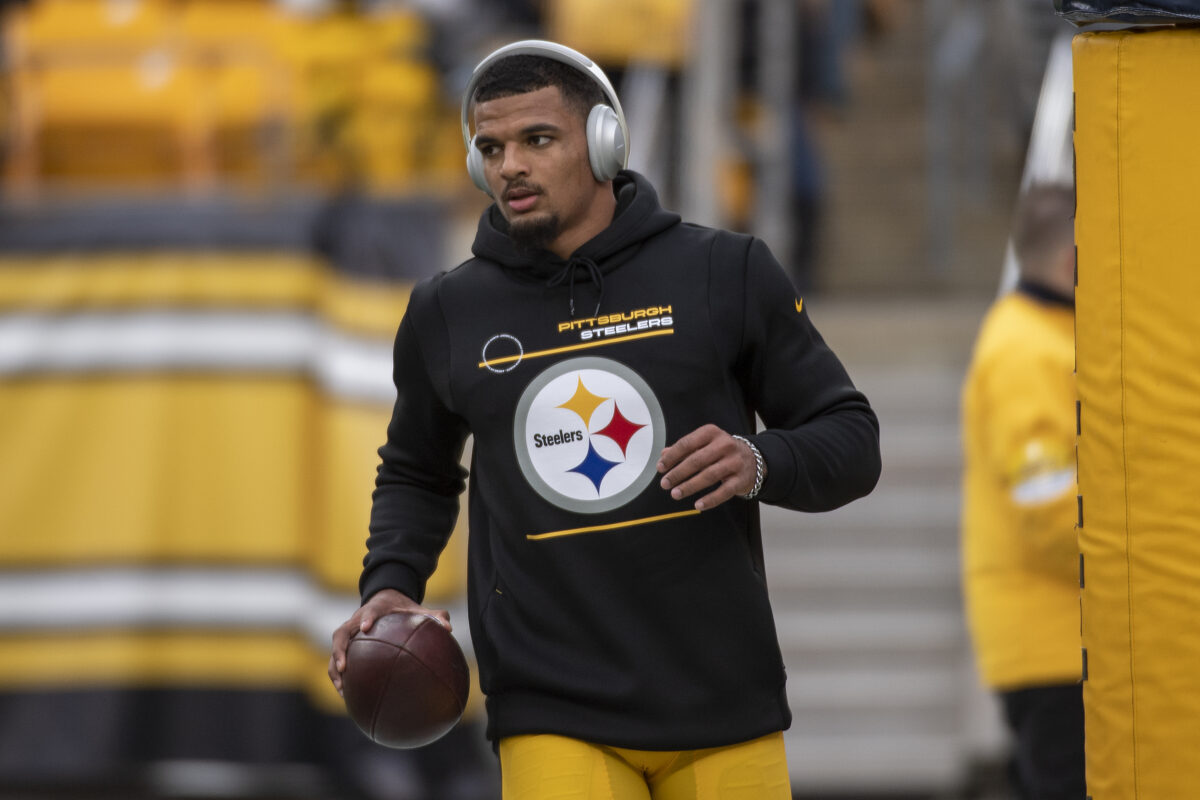 On Wednesday, the Pittsburgh Steelers announced they had signed safety Minkah Fitzpatrick to a new five-year contract, making him the highest-paid safety in the NFL. Here are our four big takeaways from this signing.