Sweetens Cove headlines the list of Golfweek’s Best Courses You Can Play 2020: Tennessee. 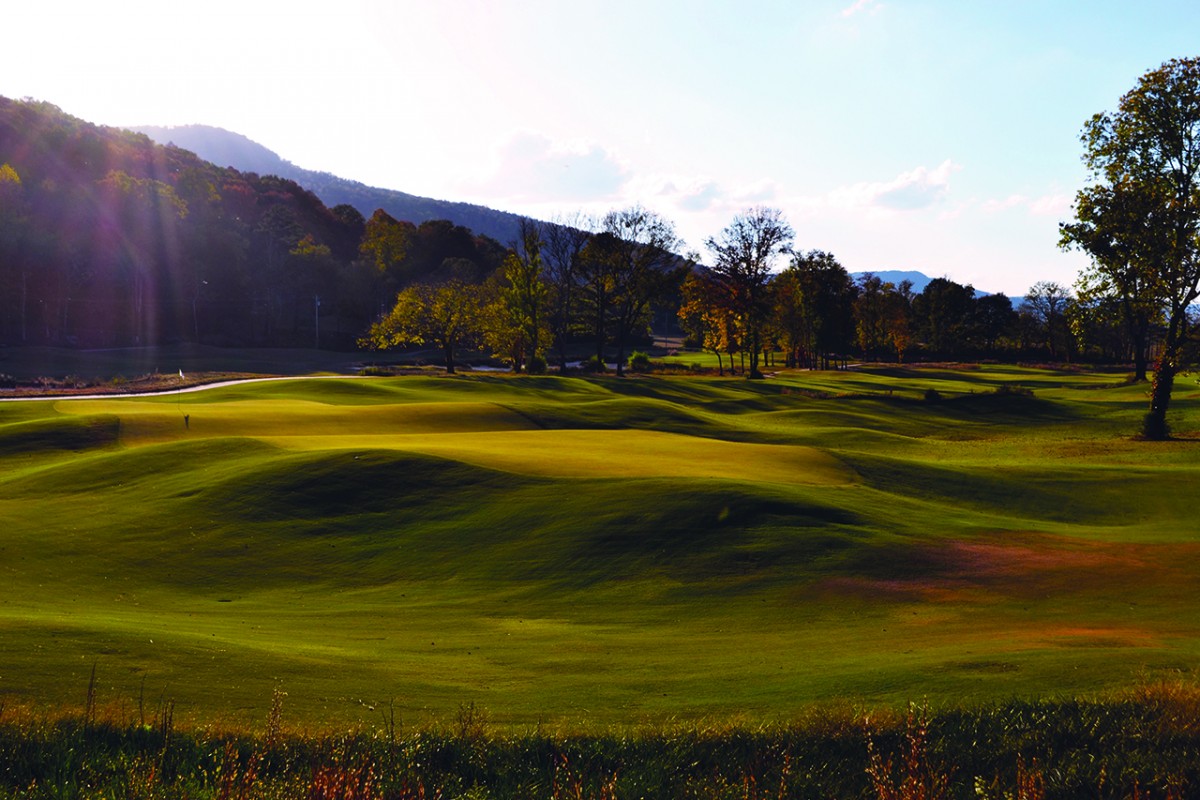 Don’t expect to play a traditional 18 holes at either of the best two public-access golf courses in Tennessee – they’re both nine-holers.

That in no way means Sweetens Cove or The Course at Sewanee should be missed by any golfers who find themselves about a two-hour drive south of Nashville.

Sweetens Cove in South Pittsburg is No. 1 on the Best Courses You Can Play list in the Volunteer State, and it also is No. 60 on Golfweek’s Best Modern Courses list for all tracks built in or after 1960 in the United States – not too shabby for a course with no back nine.

Designed by King-Collins Golf Course Design and opened in 2014, Sweetens Cove has since had investments come in from a group that includes celebrities and athletes such as Andy Roddick and Peyton Manning. Built on the site of another nine-holer, the layout has drawn widespread attention as a social-media darling in recent years for offering various all-day packages and by creating a fun, welcoming vibe with none of the over-the-top accoutrements found at many courses on Golfweek’s Best lists. The clubhouse is a shed, the parking lot is tiny and the golf is a riot. And it’s all about the course.

Rob Collins and business partner Tad King wanted something different – the course had to stand out to attract business to the remote flood plain on which it sits. But they also wanted their course to be grounded in tradition, and they came up with a modernist take on traditional holes. Take a Biarritz green and turn it almost sideways? Why not? Build a 90-yard-deep Himalayas-style green full of humps and bumps? Go ahead, give it a try.

It definitely takes a few loops around the nine holes to appreciate the vast range and scale of creativity that turned a less-than-perfect piece of land into one of the most-talked-about courses of the past decade. And Sweetens Cove is more than happy to accommodate with its welcome, do-as-you-please vibe.

The Course at Sewanee, No. 2 on Golfweek’s Best Courses You Can Play list in Tennessee, is just a 30-minute drive north of Sweetens Cove through the Appalachian Mountains. Operated by the University of the South, an Episcopal college commonly known as Sewanee, this nine-holer sits at a higher elevation than Sweetens Cove and offers several views across a lush valley. The original layout was built by a priest, a football team and a pack of mules in 1915, and architects Gil Hanse and Jim Wagner redesigned it for a 2013 reopening.

Sewanee features plenty of width and naturalistic bunkers, while multiple tee boxes allow the rolling layout to play very differently for second loops. Hanse has said he and Wagner didn’t want to completely tear apart a course that was a favored amenity at the college, so they worked to enhance the layout without necessarily abandoning its palpable sense of timelessness.

The rest of the Best Courses You Can Play in Tennessee return to 18-hole layouts. Stonehenge in Fairfield Glade is No. 3 on that list, followed by No. 4 Mirimichi in Millington and No. 5 Hermitage Golf Course’s President’s Reserve in Old Hickory.

Holston Hills in Knoxville is No. 2 on Tennessee’s private list and is No. 100 on Golfweek’s Best list for Classic Courses built before 1960 in the United States. Next up is No. 3 Golf Club of Tennessee in Kingston Springs, followed by No. 4 Spring Creek Ranch in Collierville and No. 5 Black Creek Club in Chattanooga.

Golfweek’s Best Courses You Can Play in Tennessee

The rankings below reflect where these courses fall among the top 30 Campus Courses in the United States.