Florida Gators junior forward Anthony Duruji threw down a big dunk early on against Oral Roberts in the second round of the NCAA Tournament. 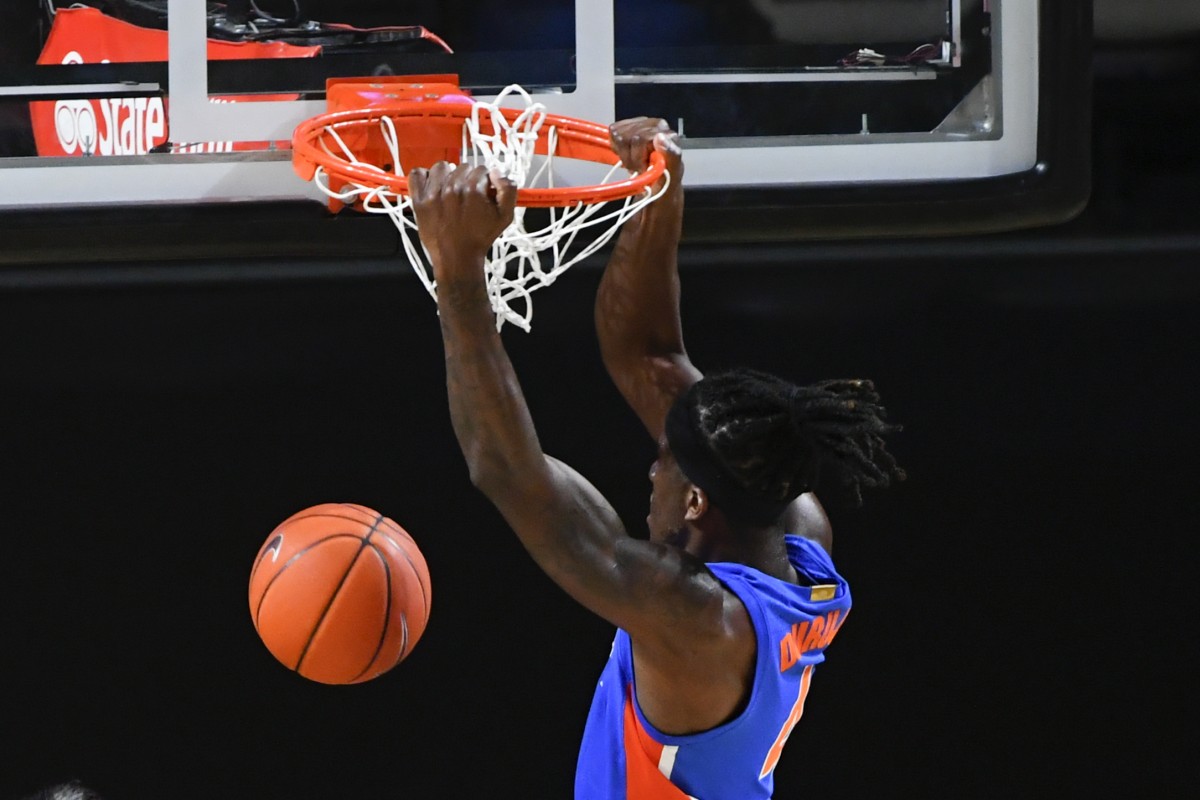 The Florida Gators are looking to punch their ticket to the Sweet 16 for the first time since 2017 as they battle No. 15 Oral Roberts in Indiana.

Early on in this one, the two teams are locked into a tight battle as the Golden Eagles are trying to prove that their upset over No. 2 Ohio State was no fluke from Friday. The Gators are doing themselves no favors committing multiple turnovers in the first 10 or so minutes in the game.

While the two teams continue to battle, junior forward Anthony Duruji provided a loan highlight for the Gators. Duruji threw down a big dunk to extend Florida’s lead. Look out below!

The forward is to a solid start, grabbing four points and four rebounds in the first half. However, Florida can’t seem to extend their lead and have let the Golden Eagles hang around. Every time the Gators get out to a lead and have the chance to push it higher, they either commit a turnover or have a poor possession.

The winner of this game is looking to move on to face the winner of Texas Tech and Oregon in the South Region quarterfinal next weekend.