Scottie Lewis shocked many fans when he entered the NBA draft and signed with an agent that ended his so-so career at Florida. 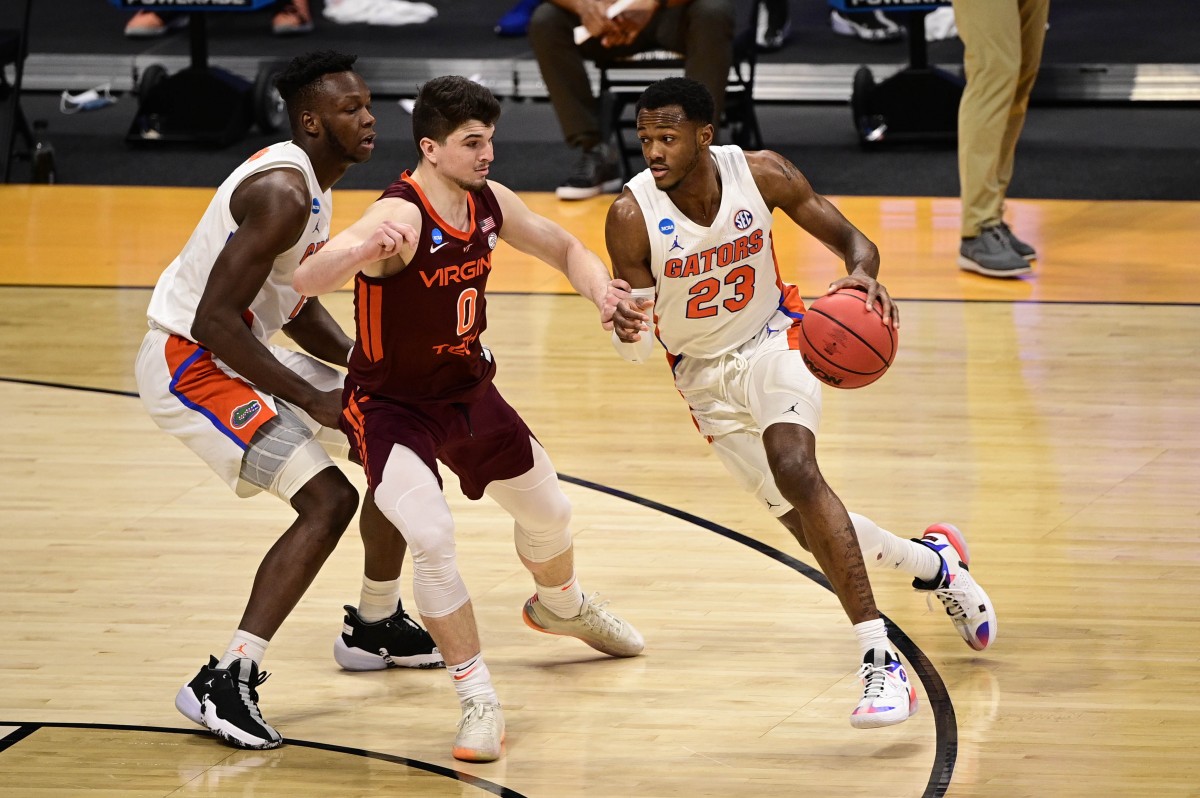 Former Florida guard Scottie Lewis failed to live up to his 5-star billing that many Gators fans hoped for. Therefore it was surprising to many that Lewis elected to declare for the 2021 NBA draft and hire an agent that closed the door on his Gators career.

However, he will get the opportunity to display his freakish athleticism in front of NBA scouts. Stadium‘s Jeff Goodman reported that Lewis received an invite to the NBA combine. The event runs from June 21 to June 27, which can be seen on ESPN’s family of networks.

In his two seasons at Florida, he averaged only 8.2 points and 3.4 rebounds per game. The NBA draft will then take place July 29 where the Gators hope to have their first player drafted since Erik Murphy went in the second round in 2013.

Lewis is the third UF hopeful who entered his name in the draft. Point guard Tre Mann declared and hired an agent where he is projected to go late in the first round. Center Colin Castleton entered his name as well, but he didn’t hire an agent that keeps his college eligibility intact.