The Bulls end their three-game skid on Wednesday night vs. Wizards. 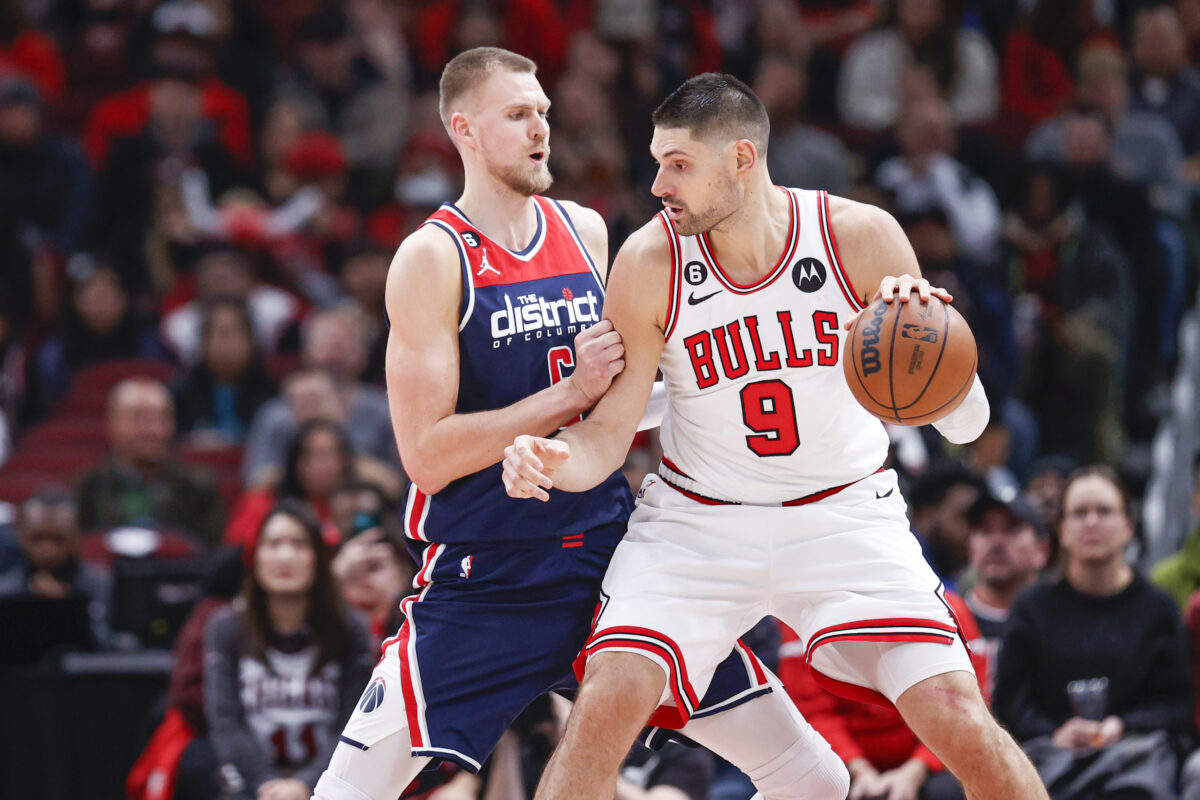 The Chicago Bulls snapped their three-game losing streak on Wednesday night with a win against the Washington Wizards, 115-111.

Chicago got off to a quick start on Wednesday as they led 29-22 after the first quarter. The two teams essentially traded basket for basket throughout the entire night before the fourth quarter.

In the fourth, DeMar DeRozan and Zach LaVine combined for 28 of the Bulls’ 35 points to help clinch the game and end their three-game skid.

DeRozan led the way for Chicago with 27 points, seven rebounds, and four assists on 11-of-21 shooting.

Check out the player grades from Chicago’s much-needed win below. 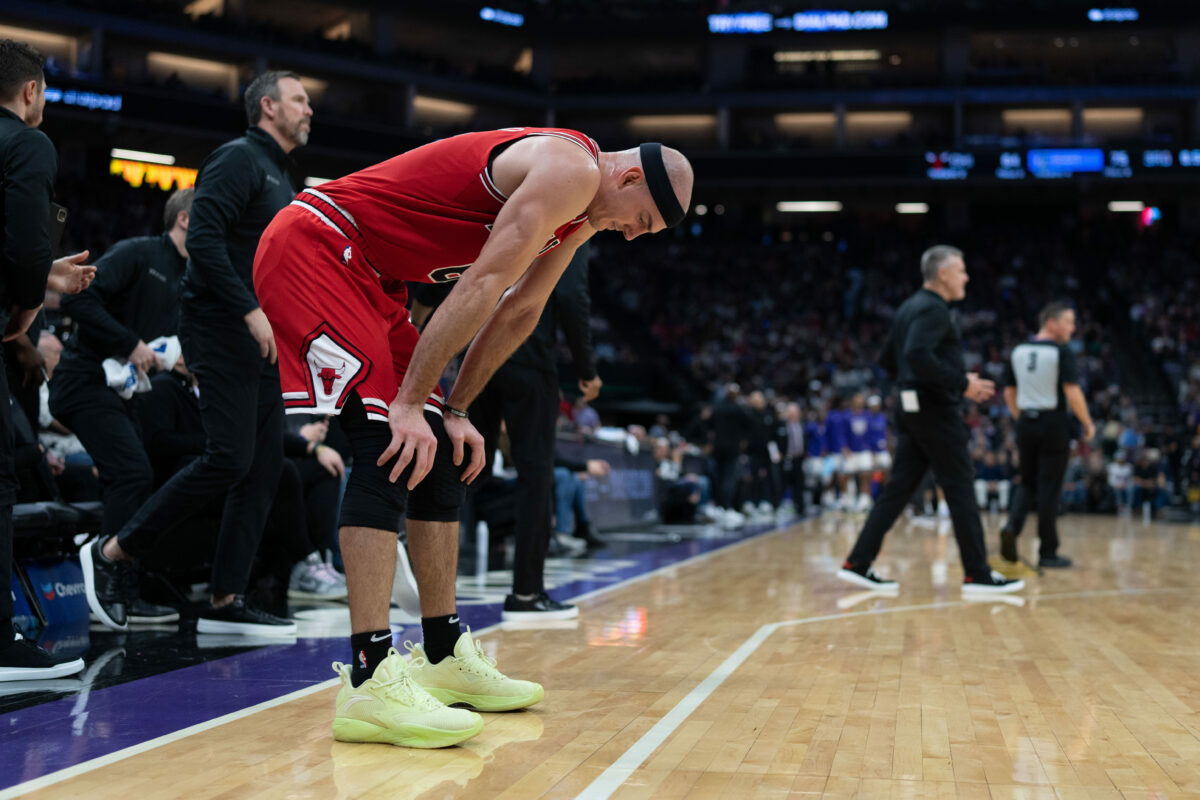 The Chicago Bulls currently sit at 9-14 as the No. 12 seed in the Eastern Conference as they ride a three-game losing streak into Wednesday night’s game against the Washington Wizards.

ESPN’s NBA experts update their NBA Power Rankings every week, which landed the Bulls at No. 23 for Week 8, falling two spots from last week’s ranking.

The Bulls have dropped three in a row and seven of their last 10 games. When DeMar DeRozan, Zach LaVine and Nikola Vucevic are on the floor together, Chicago is -6.3 points per 100 possessions in 399 minutes this season.

Chicago now faces a crucial part of their season as they’ve become one of the talks around the league as a potential blow up team who could trade their stars for future picks and assets. If the Bulls want to salvage their season and get back into the playoff race, it begins now.

The Bulls look to end their three-game skid on Wednesday vs. Wizards. 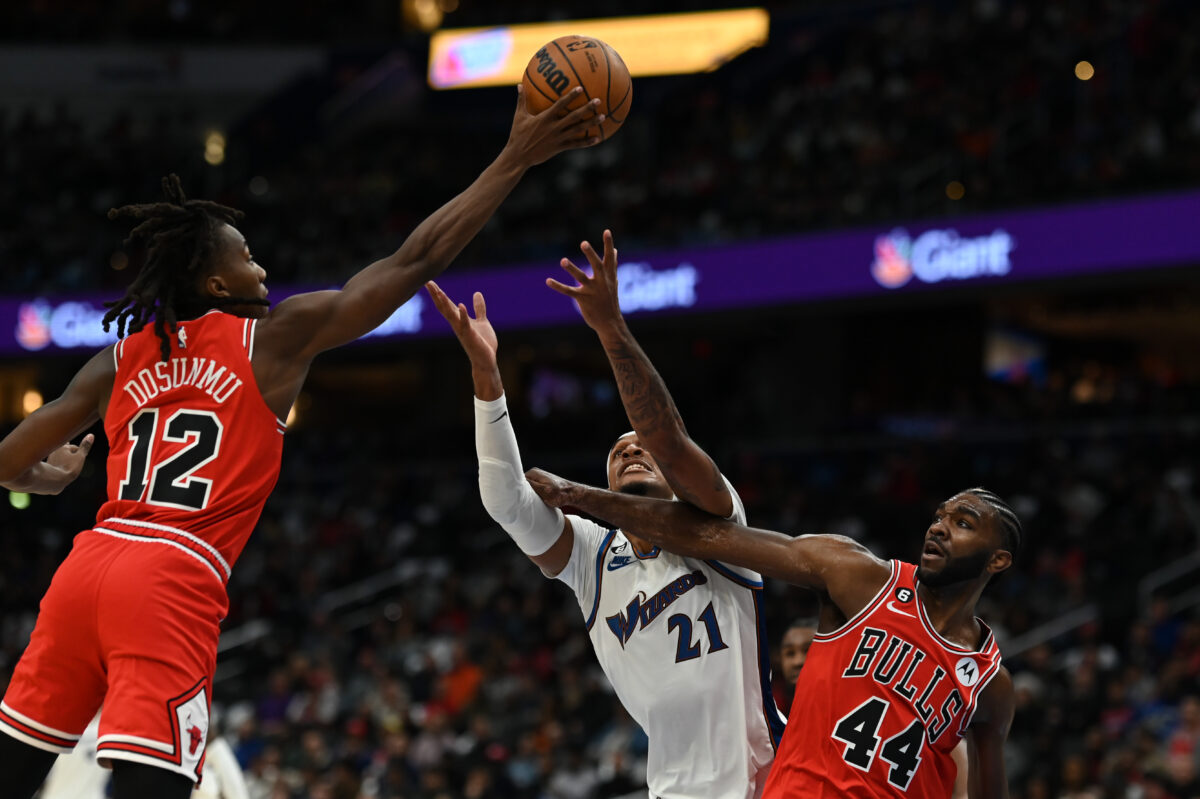 DeMar DeRozan and the Chicago Bulls are back home to host Kristaps Porzingis and the Washington Wizards on Wednesday night, and if you’re wondering how you can watch the action live, you’ve come to the right place.

The Bulls are coming off their third-straight loss on Sunday to the Sacramento Kings, 110-101. Despite Zach LaVine’s season-high 41 points, the Bulls weren’t able to fight back into the game late in the fourth quarter.

The Wizards are coming off a 130-119 loss to the Los Angeles Lakers on Sunday as Anthony Davis dominated with a 55-point performance.

Check out when and where you should tune in to see the matchup below.

HoopsHype’s Michael Scotto and Yossi Gozlan discuss top trade candidates who can be traded starting December 15 on the podcast. 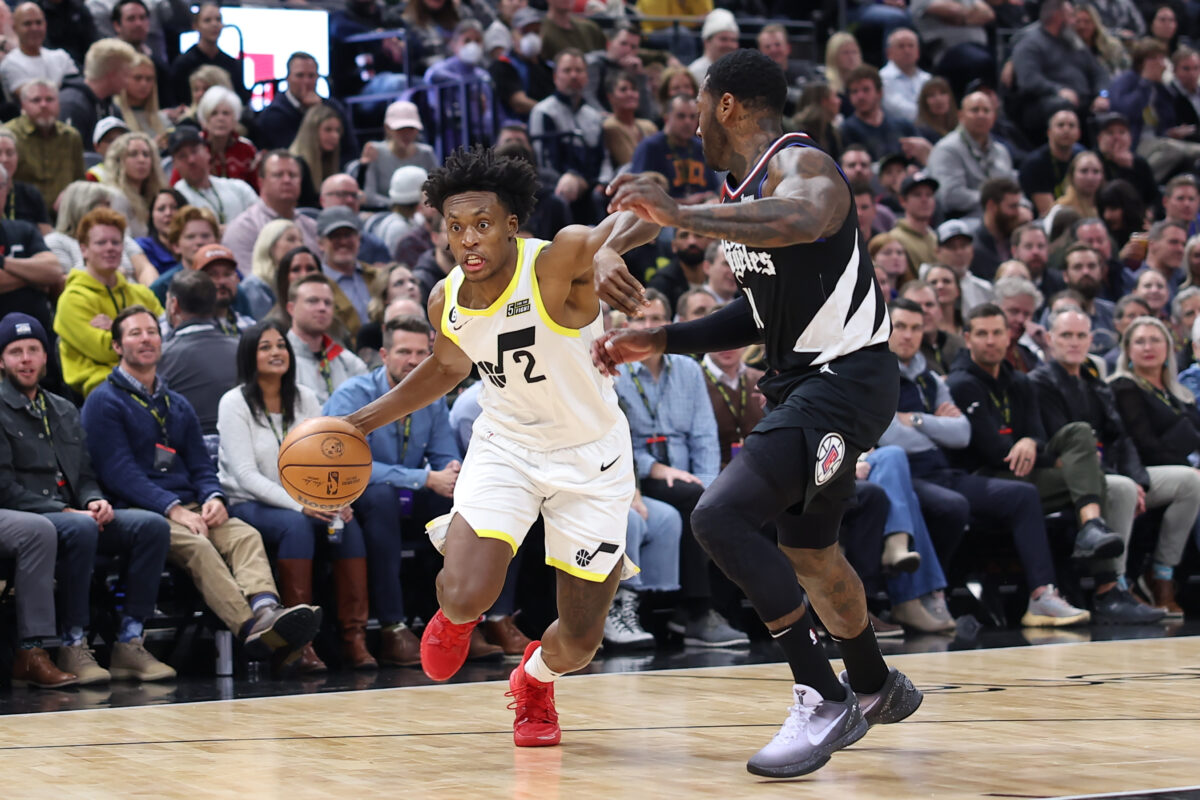 If the Bulls’ struggles continue, could they look to rebuild? 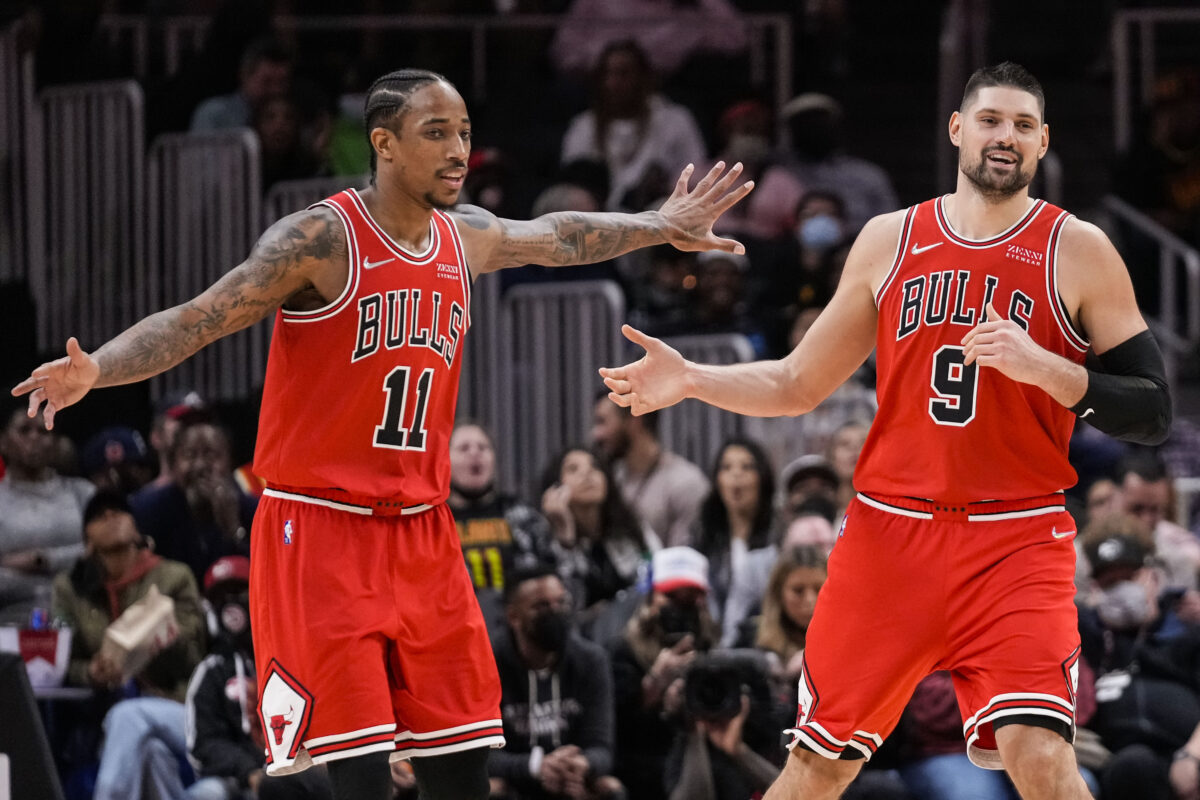 The Chicago Bulls’ early season struggles has hoisted them up as one of the more popular potential trade machine teams as trade season should kick off here in the next few weeks.

On the Nov. 29 episode of The Bill Simmons Podcast, Simmons proposed that the Bulls blow up their team, including a trade that would send DeMar DeRozan and Nikola Vucevic to the Los Angeles Lakers.

ESPN’s Zach Lowe commented on Simmons’ plan for the Bulls on the latest episode of The Lowe Post podcast, confirming that the Lakers have indeed had ‘internal discussions’ regarding a deal with Chicago.

“I can tell you 100 percent for sure the Lakers have had internal discussions about that very possibility (trading for DeRozan and Vučević) if it would ever come up,” Lowe said. “Not that they (the Lakers) would do it, let me be clear. Just, you look around the league, like any responsible team would.”

The Bulls currently sit as the No. 12 seed in the Eastern Conference with a 9-14 record. Through 23 games last season, Chicago was 15-8 and sitting as one of the top teams in the East.

With continued struggles and recent lineup changes, the Bulls front office must have an honest conversation to assess if they feel they can turn the corner and contend in the East. If not, Simmons’ proposal of trading their stars for future first-round picks should be seriously considered. 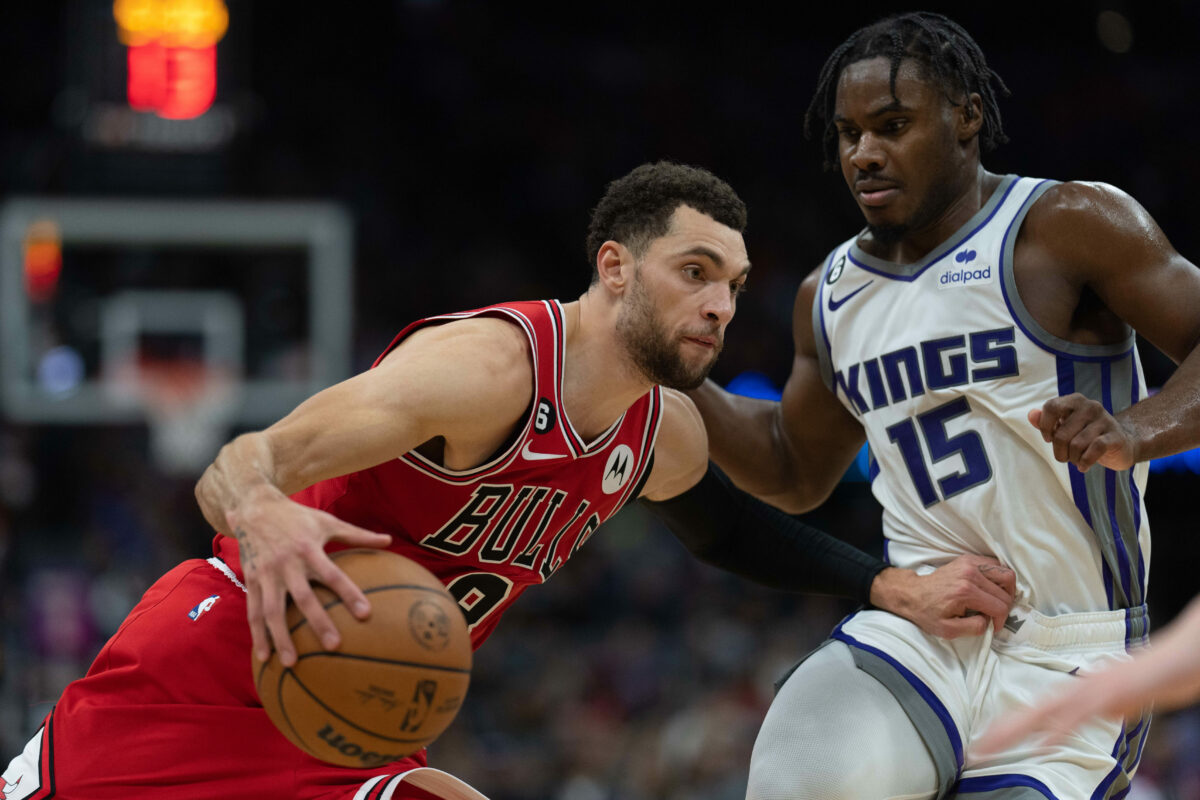 The Chicago Bulls lost their third-straight game on Sunday night, falling to the Sacramento Kings, 110-101.

Chicago ended the first qyarter down just two points, but the Kings outscored the Bulls 33-20 in the second quarter to take a 15-point halftime lead.

Zach LaVine caught fire in the third quarter, scoring 17 points to lead the Bulls to cut the Kings lead to just four but it wasn’t enough for Chicago to snap their three-game skid.

LaVine scored a season-high 41 points, eight rebounds, two assists, and four steals on 16-of-28 shooting from the field.

DeMar DeRozan struggled from the field second-straight game, finishing with 18 points, six rebounds, and four assists on 6-of-18 from the floor.

Check out the player grades below from Chicago’s loss to Sacramento on Sunday.

Chicago looks to avoid a third-straight loss on Sunday. 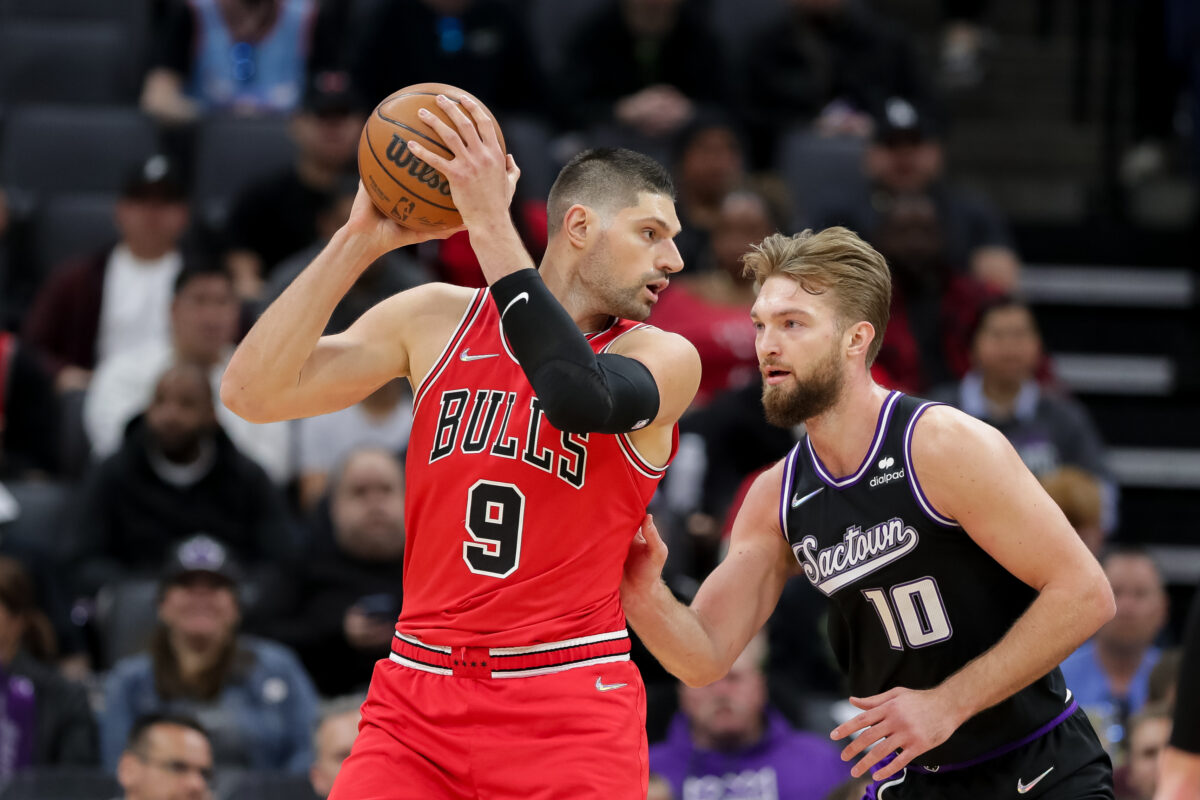 Zach LaVine and the Chicago Bulls hit the road to take on De’Aaron Fox and the Sacramento Kings on Sunday night, and if you’re wondering how you can watch the action live, you’ve come to the right place.

The Bulls are coming off a 119-111 loss on Friday against the Golden State Warriors, losing their second-straight game. Chicago fought back from a double-digit deficit in the fourth quarter but fell short to the champs.

The Kings are fresh off a 123-96 victory over the Los Angeles Clippers on Saturday as rookie Keegan Murray scored a career-high 23 points in the win.

Check out when and where you should tune in to see the matchup below.

Caruso would bolster Milwaukee’s depth as Chicago starts to rebuild. 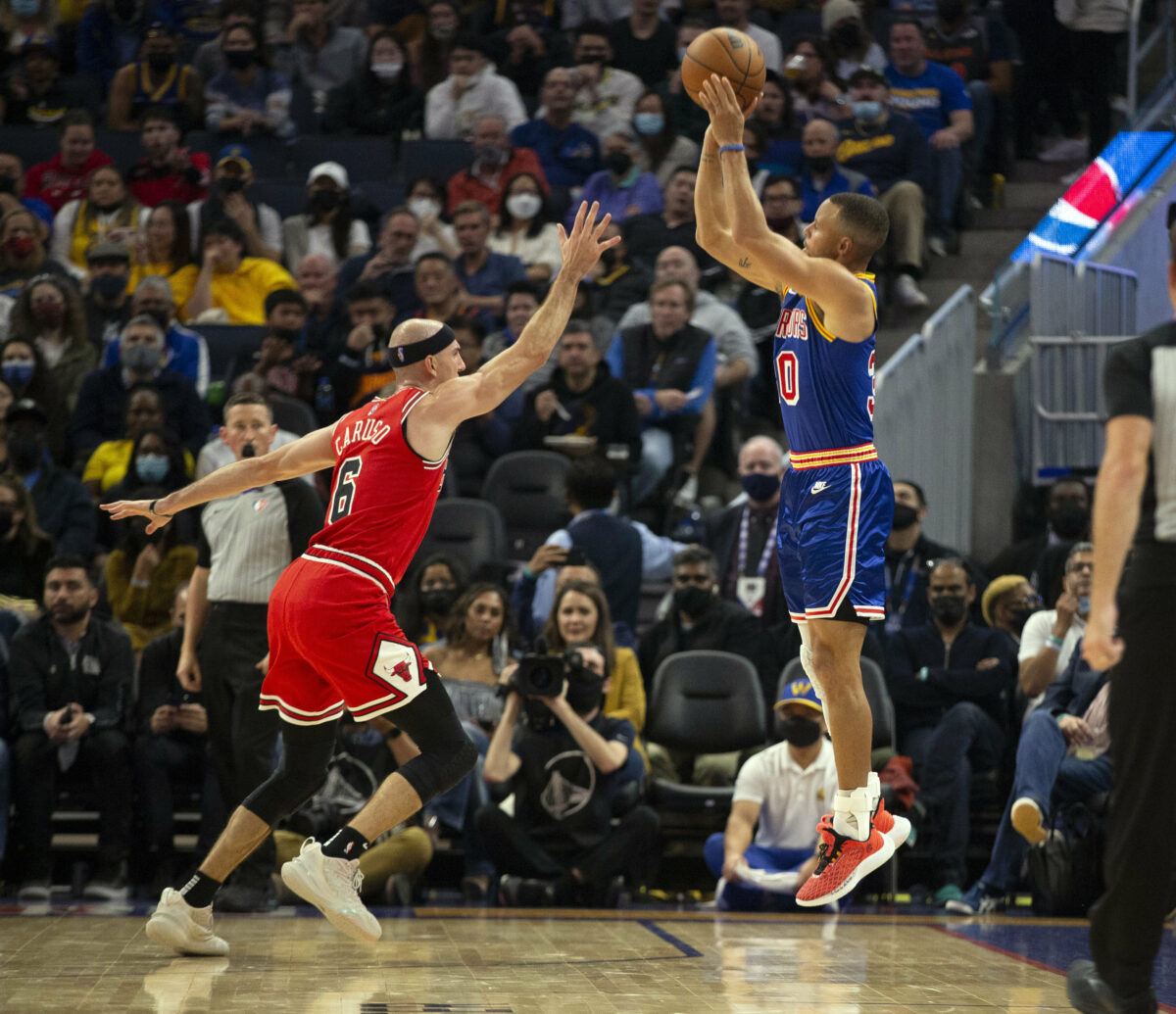 The Chicago Bulls are off to a 9-12 start to the season as they sit as the No. 12 seed in the Eastern Conference.

Compared to the beginning of last season, the Bulls are off to a complete opposite start as they’ve struggled out the gate with the same core group from last season.

Looking up at the top of the East, the Bulls’ chances of making a run in the playoffs seems slim, let alone just making the postseason — which could call for a potential blow up of the current roster.

The Ringer’s Bill Simmons put together three proposed trades for the Bulls to rebuild their team and focus on the future, including sending Alex Caruso to the defending champs for young pieces and a pick.

Billy Donovan made the lineup change to ‘see what this looks like.’ 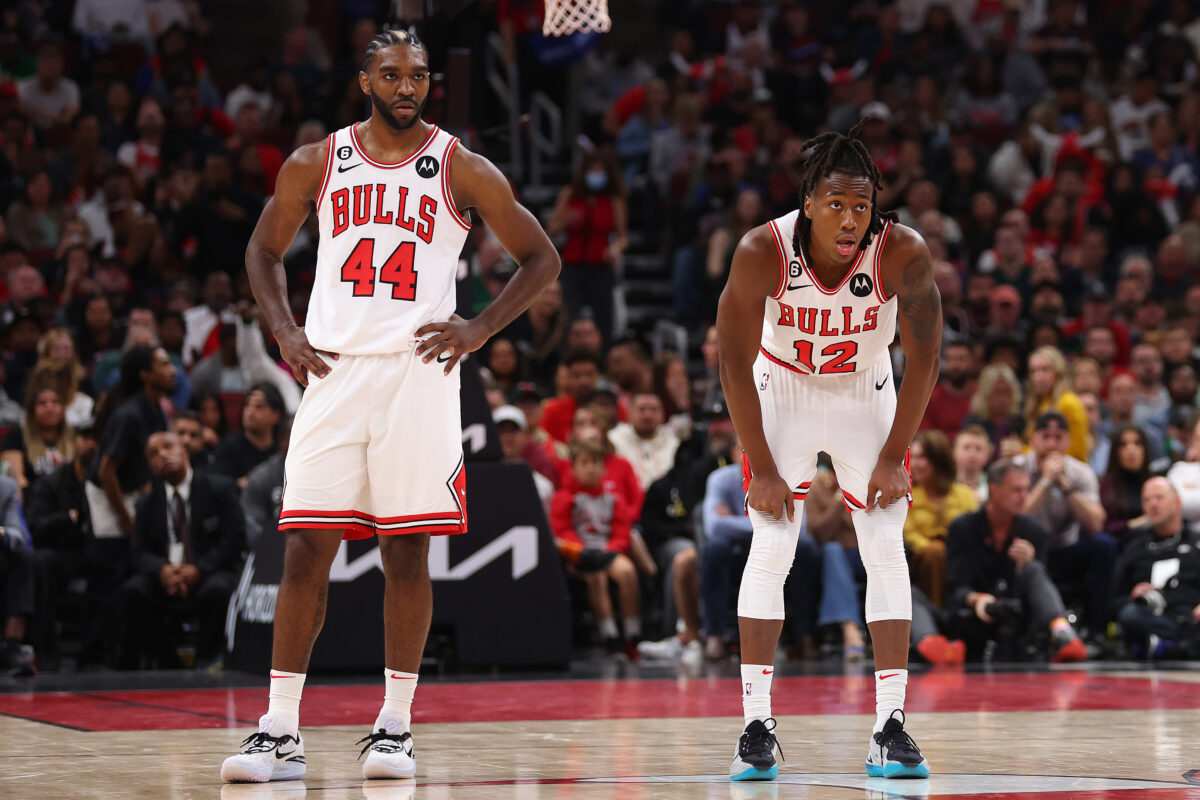 Bulls coach Billy Donovan made a lineup change, sending both Ayo Dosunmu and Patrick Williams to the bench for Alex Caruso and Javonte Green.

“It was more to see, ‘Let’s see what this looks like,'” Donovan said following the 119-111 loss. “I’m always evaluating and you’re not trying to make a decision after two or three games. But I think there’s a pretty decent body of work for the number of games we played. And I just wanted to take a look at something different.”

Chicago fought back into the game in the fourth quarter but just fell short. 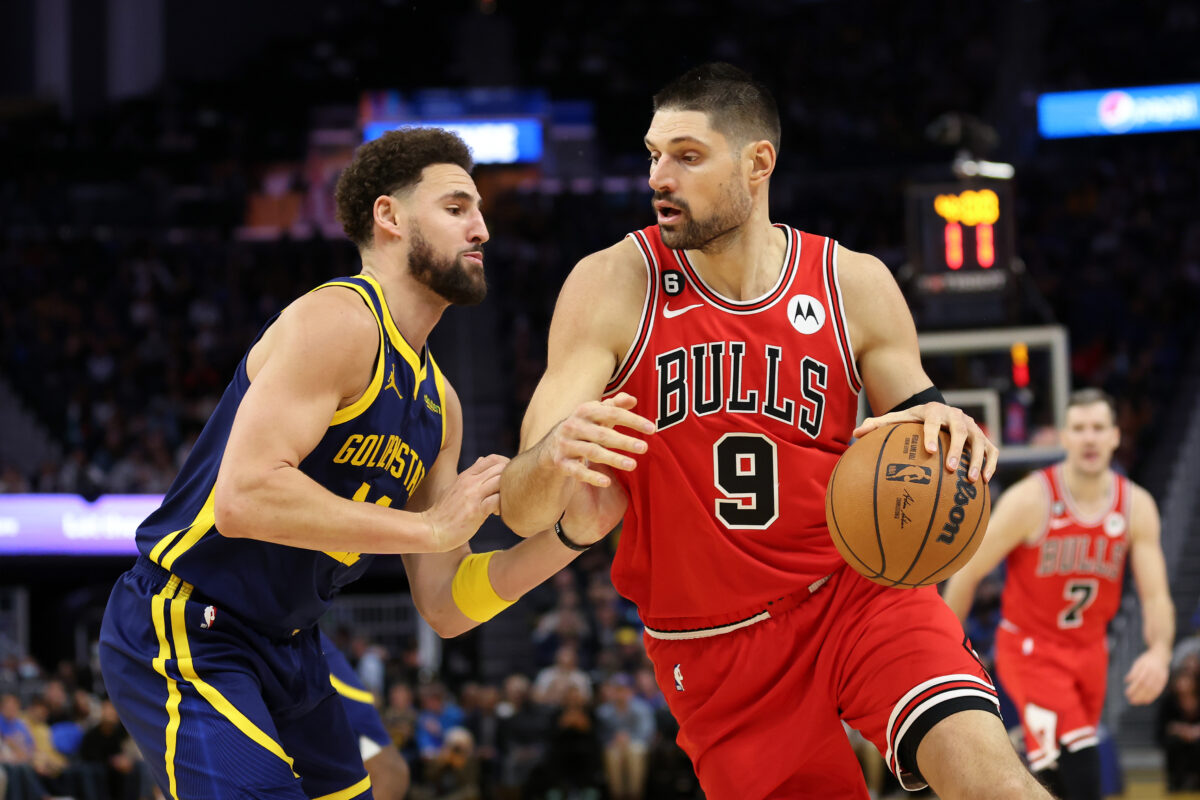 The Chicago Bulls fell to the Golden State Warriors on Friday night, 119-111.

Chicago was only down by two points at the end of the first quarter, but the defending champs jumped out to a 28-19 advantage in the second quarter to head into halftime with an 11 point lead.

The Bulls made a run in the fourth quarter, cutting the Warriors’ lead to just four points with just under three minutes remaining but couldn’t get over that hump.

Nikola Vucevic led the way for Chicago on Friday with 23 points, 11 rebounds, one assist, and three steals on 9-of-17 from the field.

Zach LaVine finished with 21 points, seven rebounds, three assists, and two steals. DeMar DeRozan struggled from the floor on Friday, finishing with 16 points, six rebounds, and seven assists on just 4-of-15 from the field.

Check out the player grades from Chicago’s road loss to Golden State on Friday.