Even before the win over West Virginia, CBS Sports’ Jerry Palm had the Gators’ NCAA Tournament stock on the rise. Things are looking good. 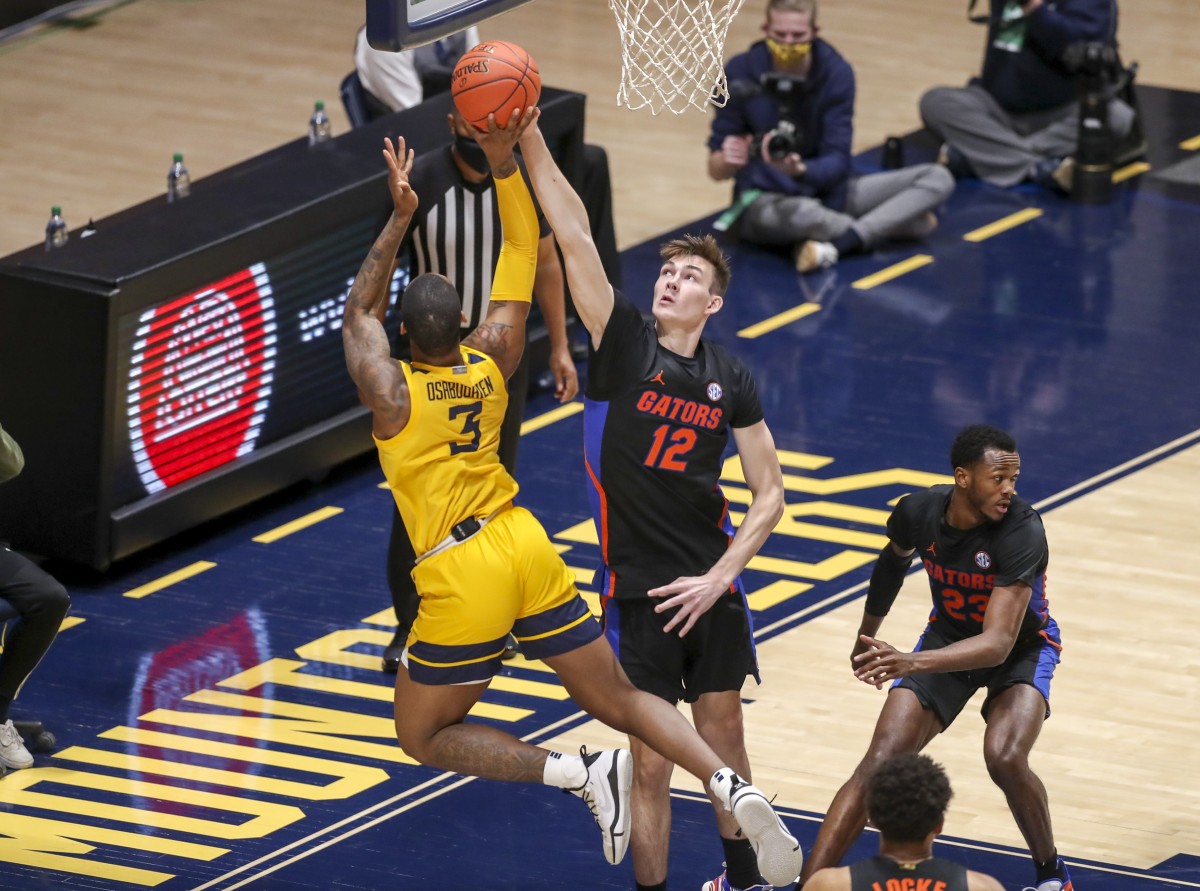 Even before Florida’s stunning upset over West Virginia on Saturday, recent NCAA Tournament projections had it trending up. In the latest bracketology update from CBS Sports’ Jerry Palm, the Gators are a No. 8 seed, slotted to take on ninth-seeded Colorado State in the First Round at Lucas Oil Stadium in Indianapolis.

A win in that game would almost certainly draw a matchup with the region’s top team, Michigan, in the Round of 32. UF could potentially draw a rematch with the Mountaineers in the Elite Eight, who are the No. 3 seed.

Five other SEC teams appear in this predicted tournament field: No. 2 Alabama, No. 3 Tennessee, No. 3 Missouri, No. 11 LSU and No. 11 Arkansas.

It’s presumable that with another ranked win on its resume, the Gators will be seeded higher in the next update. With the victory, Florida’s NET ranking jumped from 27th to 18th. With six Quadrant 1 games left on the schedule as of now, the Gators will have plenty of chances to play their way into an even better seed.