The Auburn legend earned a high honor over the weekend by joining a decorated Hall of Fame class. 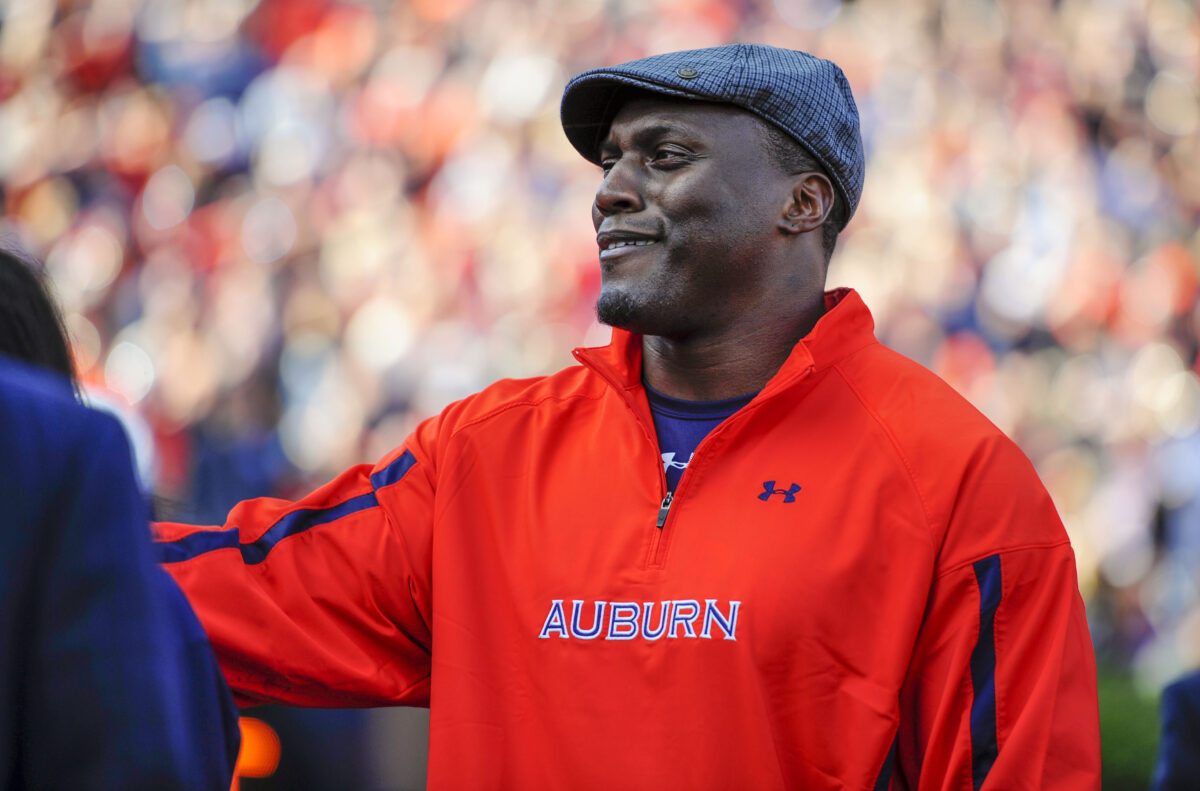 An Auburn legend has earned his place in history.

[autotag]Takeo Spikes[/autotag], who played linebacker for Auburn from 1996-97, was inducted into the Georgia High School Football Hall of Fame on Sunday. He, along with 44 other members, was included in the inaugural class.

During his Auburn career, Spikes recorded 268 total tackles, 13 for loss. He would go on to play 15 years in the NFL for five different franchises, most notably as a member of the Cincinnati Bengals, where he spent five seasons. He also played for the Buffalo Bills, Philadelphia Eagles, San Francisco 49ers, and the San Diego Chargers.

He would also go on to play in two Pro Bowls and was a member of the All-Rookie team in 1998.

Yesterday, I was inducted into the inaugural class of the Georgia High School Football Hall of Fame.

It’s a huge honor to be immortalized with some of the greatest to ever play in Georgia.

Thanks to all who voted & congrats to all my brothers in the inaugural class.#WACO pic.twitter.com/wBB6rzGVQA

The Auburn alumnus has stated that he plans to retire at 60, but a new deal with TNT would seem to say otherwise. 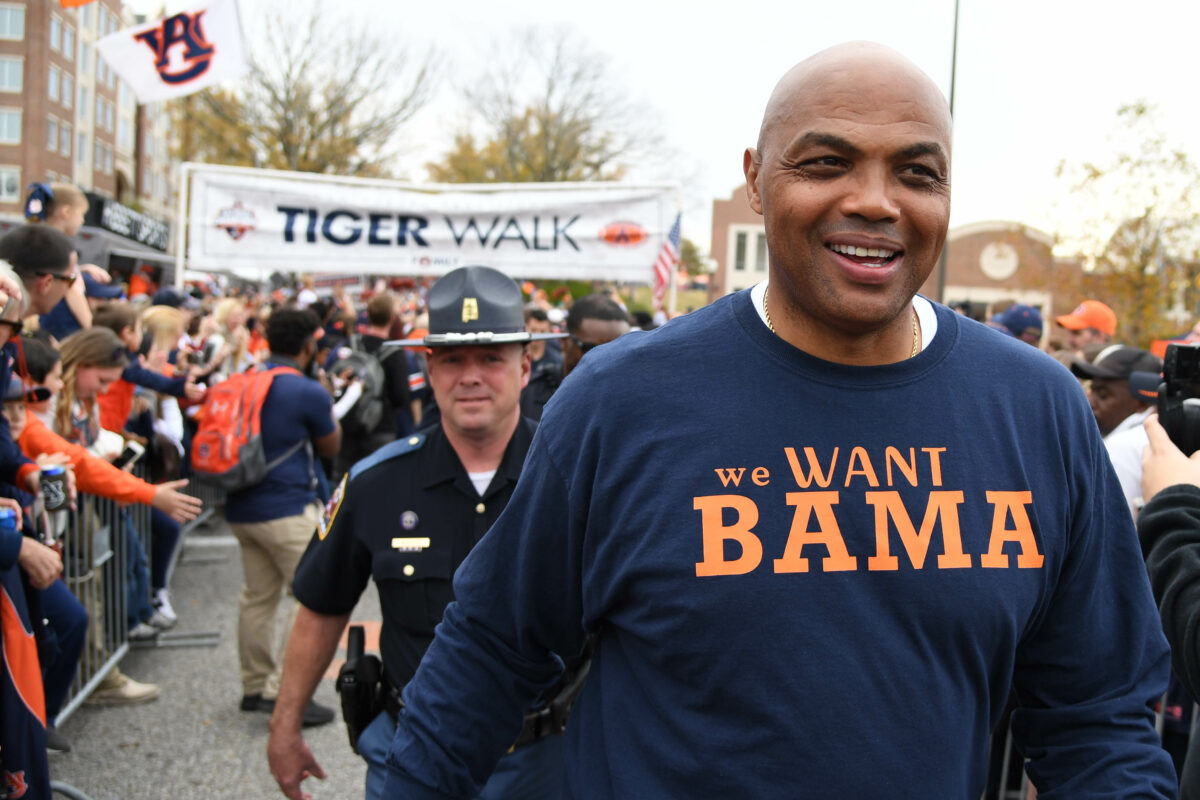 Auburn alumnus [autotag]Charles Barkley[/autotag] will be sticking around at TNT, and it looks like the network will make it well worth his while.

Andrew Marchand of the New York Post reported on Monday that Barkley is set to get a 10-year extension with the network as a television analyst for basketball. The deal is said to be “well north” of 100 million dollars and could perhaps be closer to 200 million dollars.

Barkley joined TNT in 2000 and he is entering his 22nd year with the program. This would seemingly go against Barkley’s own assertion in 2018 that he would retire at 60 years old in 2023, as this new reported contract with TNT would carry him to 69 years old in 2032. With the deal, Barkley will resume analysis with TNT’s quartet of himself, Shaquille O’Neal, Ernie Johnson and Kenny Smith, all of whom are signed to TNT for the long term.

The report also states that Barkley could produce documentaries with his Round Mound Media production company.

NEWS: Charles Barkley has a new 10-year deal with TNT that is well north of $100M and likely approaches $200M, The Post has learned.https://t.co/Kq3hESbyMU 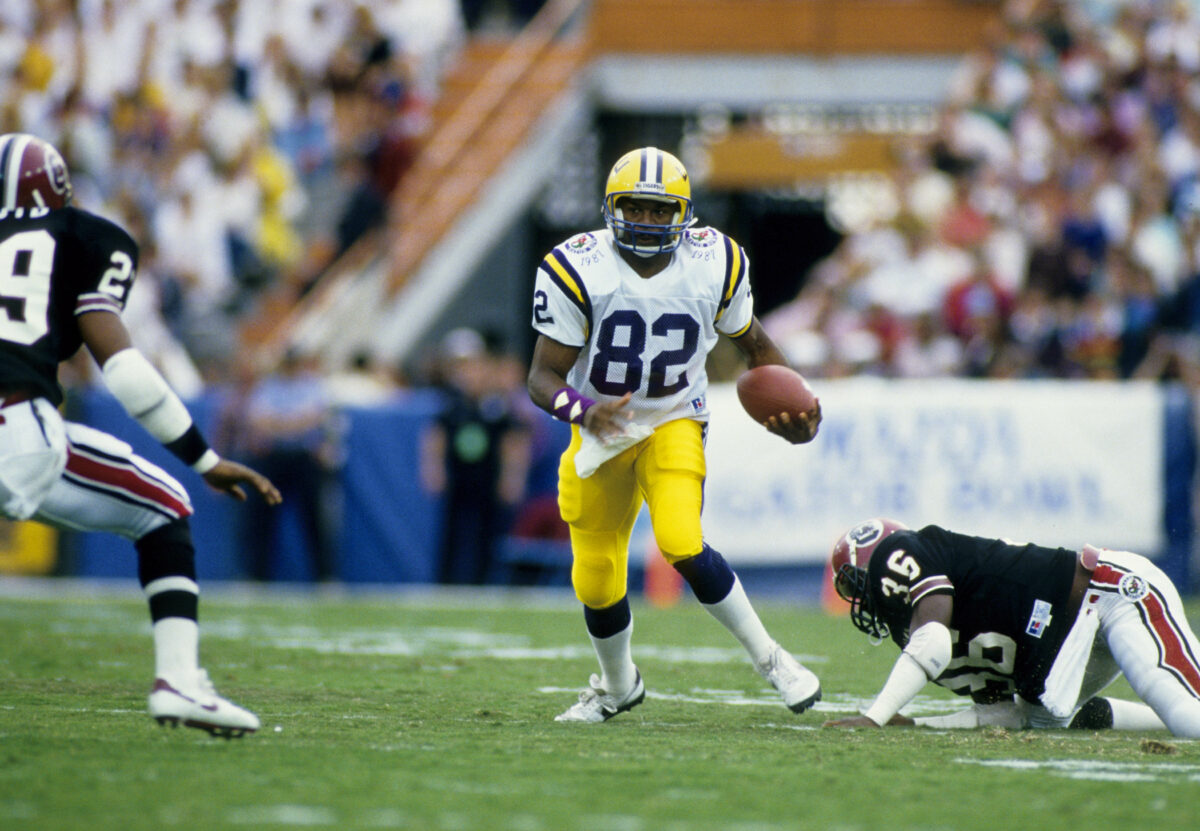 Here’s a rundown of LSU’s additions and why each was chosen, according to the press release from the Tigers.

Do not be surprised to see Travis Williams’ name linked to future head coaching vacancies. 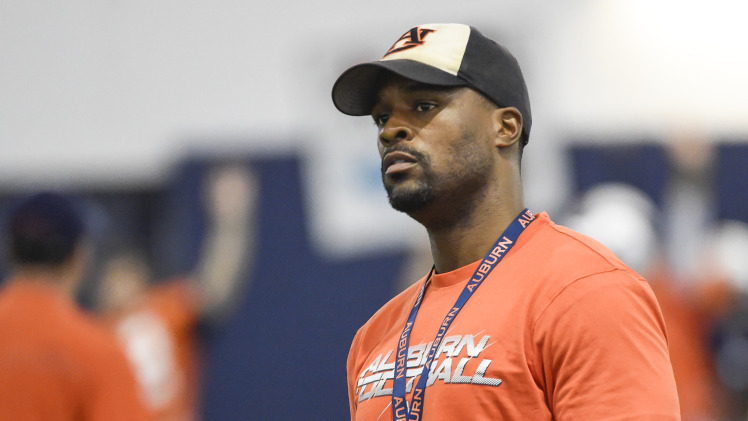 During the mid-2000s, Auburn linebacker [autotag]Travis Williams[/autotag] was considered to be one of the best at his position.

Now, he is considered to be one of the best assistant coaches in the nation.

Williams was recently included in a list titled “25 assistants deserving strong head coach consideration” from On3 for his success in leading UCF’s defense as well as recruiting efforts.

Following a successful playing career at Auburn, Williams began his coaching career on the Plains, serving as an analyst from 2009-11. He spent time away from Auburn during the 2012 and 2013 seasons, gaining experience in on-the-field roles. He returned to Auburn, re-uniting with coach Gus Malzahn in 2014, where he would serve a variety of roles until 2020, when Malzahn was relieved of his coaching duties.

Williams was not retained on the staff once current head coach Bryan Harsin was hired, which allowed Williams to follow Malzahn to UCF, which is where he resides today.

During his career on the Plains from 2002-05,  Williams recorded 214 tackles, 22.5 of those were for a loss. His best season came during Auburn’s undefeated season in 2004, Williams made 80 stops with 9.5 tackles for loss and four interceptions. 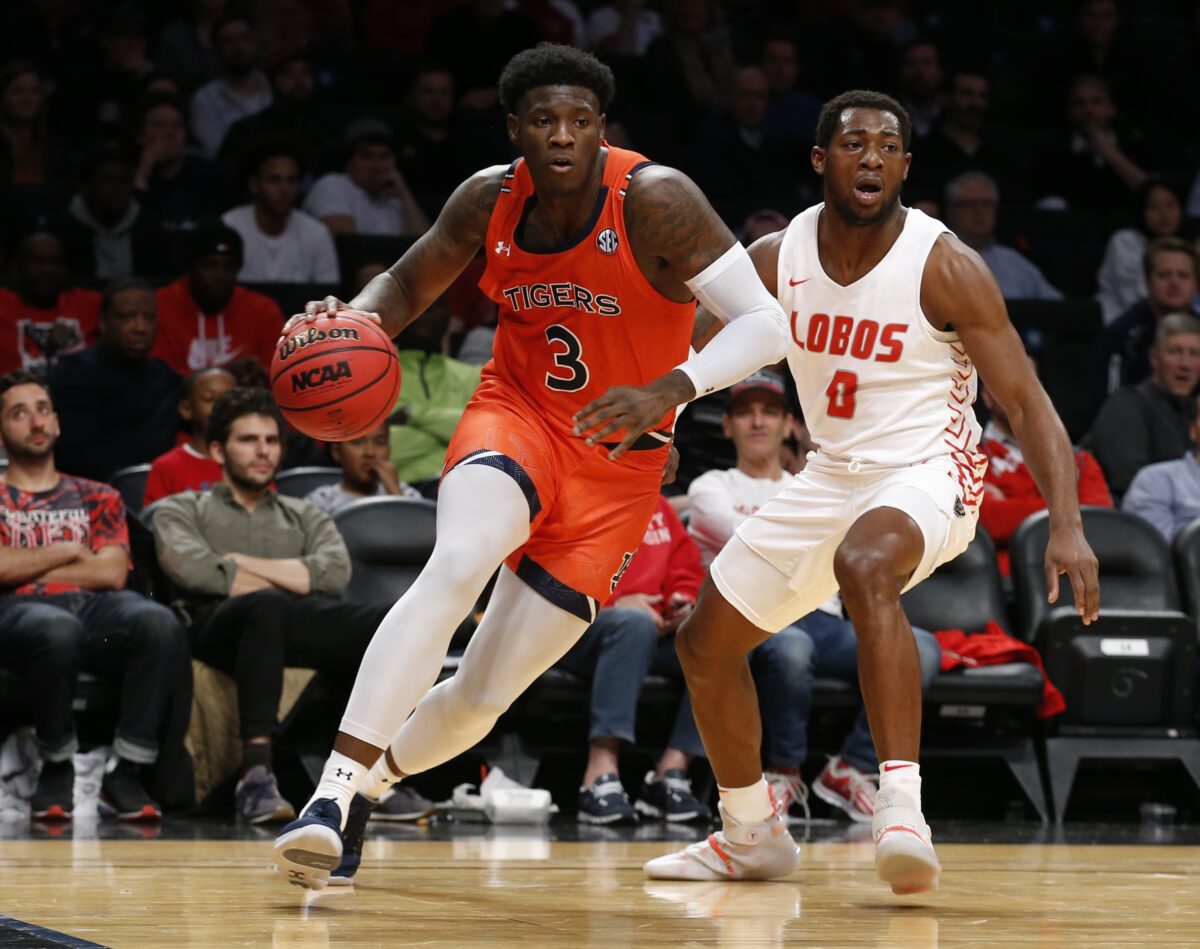 Last summer, Team War Ready took the first step in joining The Basketball Tournament by fielding a team. This summer, War Ready reached another milestone by grabbing its’ first win.

War Ready, behind a late three-pointer by [autotag]Danjel Purifoy[/autotag], earned their first win of the 2022 TBT by defeating Woco Showtime, a team composed of former Wofford Basketball players, 70-67.

Purifoy’s game-winning bucket came during a portion of the game called “the Elam Ending”. The rule states that once the game reaches the four-minute mark in the final period, the clock will be turned off, and the teams will play until a certain score is reached.

In today’s game, the magic number was 70.

The score had reached 67-67, that is when Purifoy took the final shot and lifted War Ready to the squad’s first-ever win:

HE HIT THE @SLING SHOT AND SENDS @WAR_READYAU TO THE NEXT ROUND!!!!!!!! pic.twitter.com/r2kiv3e1ir

Purifoy ended the game with 11 points, one point behind scoring leader [autotag]TJ Dunans[/autotag]. Isaiah Williams led the team in assists with three, while [autotag]Mustapha Heron[/autotag] pulled down six rebounds.

War Ready’s next game will be against East Tennessee State’s alumni team, Bucketneers, in the round of 32 in the West Virginia bracket. Tipoff is scheduled for 5 p.m. CDT and can be seen on ESPN3.

Get your Monday started the right way with the week’s first edition of the Auburn Morning Rush! 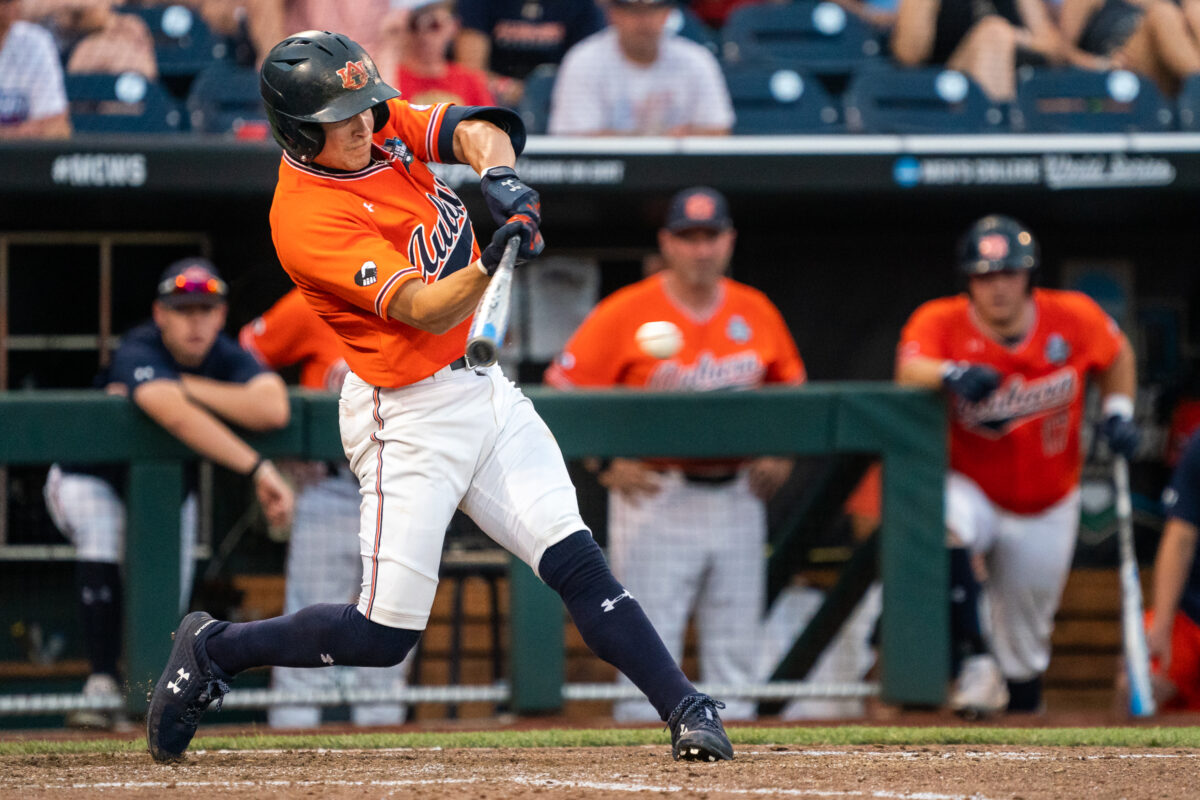 Good morning, Tiger fans. It is time for the Monday edition of Auburn Morning Rush.

The first topic in today’s rush is the MLB Draft. In news you may have missed from Sunday, RHP [autotag]Blake Burkhalter[/autotag] was selected by the Atlanta Braves in the second round with the No. 76 pick. The Draft will continue Monday, where you can expect to hear the names of more Auburn Tigers being selected by MLB clubs.

Next up, is a story of homecoming. A former Auburn offensive lineman is getting the opportunity to return to his old high school to serve on the football coaching staff.

Lastly, the head coaches of SEC football programs, as well as several player representatives, will meet with the media this week in Atlanta for the annual SEC Media Days. Who will take the podium on Monday?

Get your day started right with Auburn news in today’s Auburn Morning Rush:

Here’s a look back at the athletes that built Auburn’s “RBU” persona. 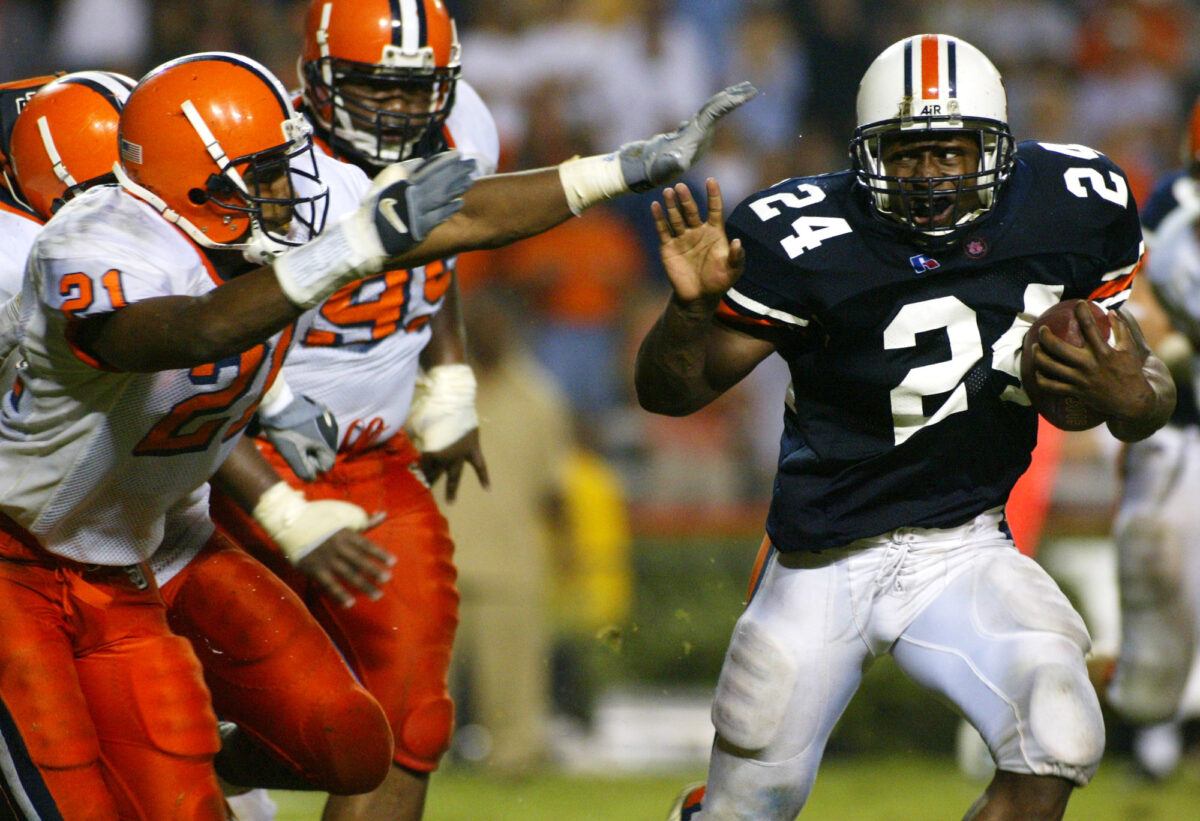 Auburn Football earned the nickname “RBU” in the mid-2000s due to its history of producing strong, speedy, and talented running backs, especially in the 1970s, 80s, and 2000s.

After spending a few seasons away from the moniker, Auburn rediscovered its historic past by producing a 1,000-yard rusher for the first time in four seasons.

Sophomore running back [autotag]Tank Bigsby[/autotag] led the Tigers in rushing with 1,099 yards on 233 attempts in 2021, becoming the first Auburn player to rush for over 1,000 yards since [autotag]Kerryon Johnson[/autotag] did during the 2017 season, which was also the last time that Auburn won the SEC West.

The lack of a 1,000-yard rusher in 2018 snapped a streak of nine straight seasons where at least one Tiger hit the mark. During that stretch, there were two seasons that Auburn had two players to cross that milestone.

Auburn fans have been fortunate enough to see amazing athletes over the years, especially in the offensive backfield. As we prepare for the 2022 season, Auburn Wire takes a look back at the last 26 Tigers 1,000-yard seasons in Auburn history. Who has the most 1,000 yard rushing seasons? How do some of your favorite players compare to others? Take a look below:

Auburn’s coaches had plenty of good news to talk about at AMBUSH Huntsville. 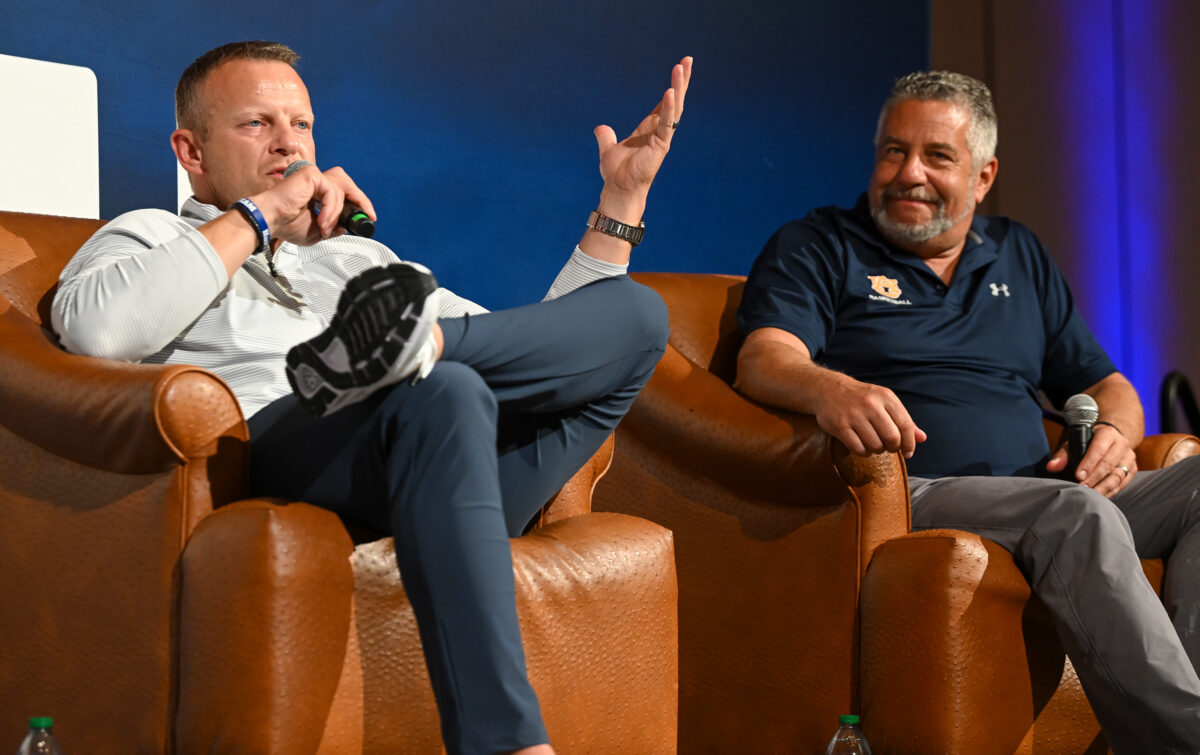 Auburn’s coaches have been across the state of Alabama to speak at this year’s AMBUSH alumni tour. The latest stop was in Huntsville, Alabama on May 5, and there were several notable speakers.

[autotag]Bryan Harsin[/autotag] and [autotag]Bruce Pearl[/autotag] both made their normal appearances and addressed the sold-out crowd. However, they were joined by gymnastics coach [autotag]Jeff Graba[/autotag], Director of Athletics Allen Greene, and incoming president Chris Roberts

All three coaches have received positive news about their teams recently. Pearl and the basketball team landed transfer Johni Broom, one of the best players to enter the portal this offseason. Harsin addressed a weakness at wide receiver with the addition of Miami transfer Dazalin Worsham.

Graba has had the best week out of them all though. He announced that superstar Suni Lee is planning to return for next season during the event and Friday morning Derrian Gobourne announced she would be returning for her super-senior season.

It is a good time to be an Auburn fan as it shows it truly is an “everything school.” Here are the best photos from the event on Thursday. 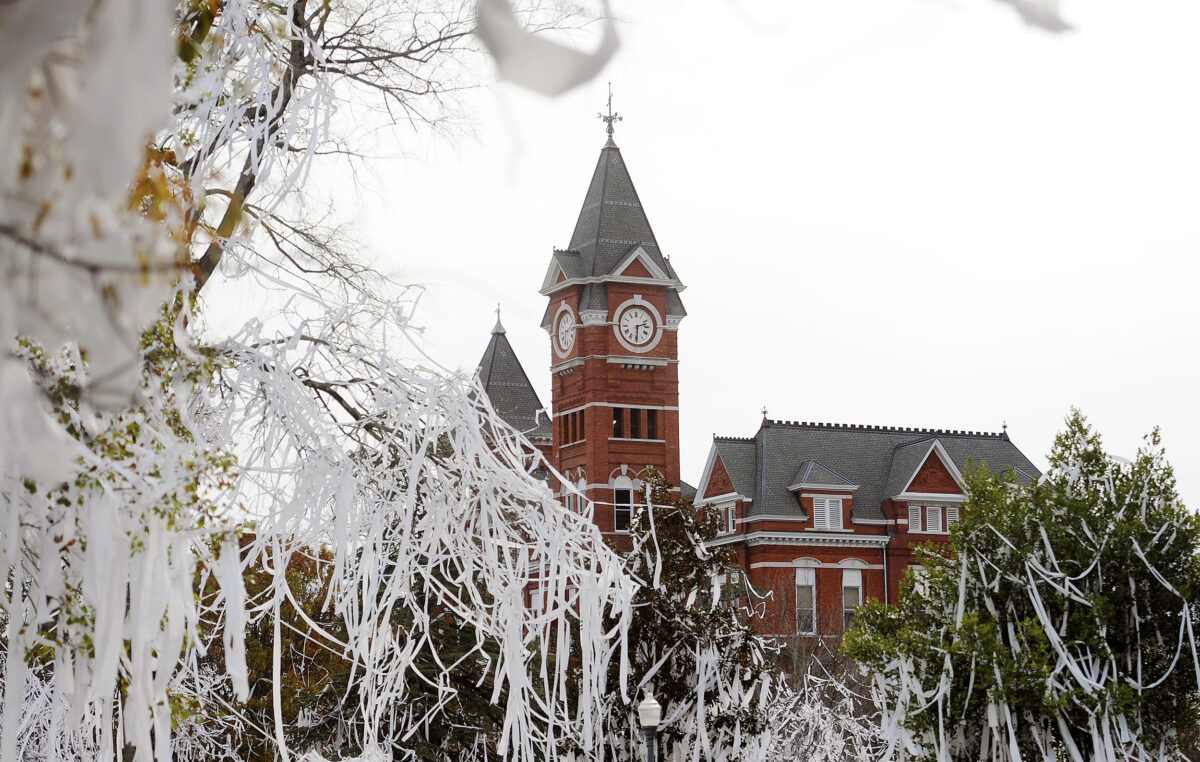 Tigers fans have something to gloat about this offseason.

Magazine Southern Living released its list of the top 20 college towns in the American South, and it certainly thought highly of Auburn, Alabama — the ranking had Auburn as the third best college town in the South, beating out the seventh-ranked Tuscaloosa, Alabama.

Here is what the magazine had to say about Auburn’s campus:

“Called the ‘loveliest village on the Plains,’ the Alabama town attracts attention these days for its burgeoning food scene, which celebrates everything from slow-smoked brisket at Bow & Arrow to steamed bao buns at The Irritable Bao. And you can’t talk about Auburn without mentioning its penchant for rolling Toomer’s Corner with toilet paper after any home victory. Homesick Tigers can even catch a glimpse of the beloved block at any given moment via a live web stream.”

SEC-rival Alabama was praised for its Saturday atmosphere for football games and its budding food scene as well.

Auburn’s campus wasn’t the highest-ranked SEC school in the South according to the list, however. Another Tigers rival, Georgia, took the top spot for its campus in Athens, Georgia — the list praised Athens’ legendary music scene and its food scene as well.

The Tigers will have the chance to prove that more than just their campus is superior when they take on the Alabama Crimson Tide for the annual Iron Bowl showdown on Nov. 26 this year.

A look at 12 of the most notable alumni from Auburn University, how many can you name? #WarEagle 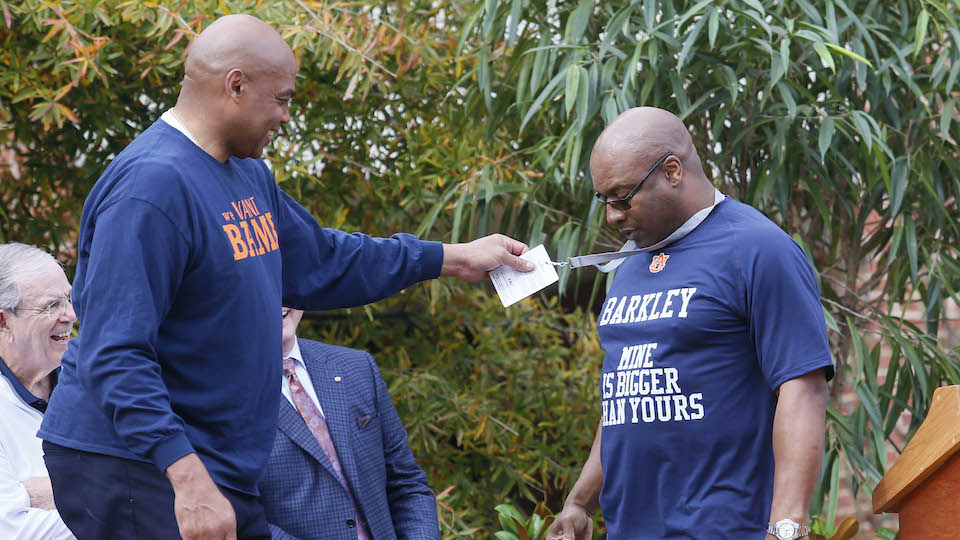 Auburn University is known for more than just its athletic accomplishments. They have won national championships, but some of their students and alumni have done the Tigers proud off the field as well.

Top Alumni are even known for accomplishments following their time on the Plains. Currently, one of those notable graduates is the CEO of one of the top technology companies in the world.

As far as current students, they have an Olympic Gold Medalist currently partaking in the War Eagle way of life. Sunisa Lee won gold before coming to the Plains to join the gymnastics program. Just as she did representing Team USA, she has taken the SEC world by storm.

Some of the top graduates from Auburn have gone on to be politicians, work for NASA, and even become top athletes in their sports.

Auburn Wire looks at the top 12 most notable people to attend the university over the years.