After years of having one of the best defensive lines in football, the Jacksonville Jaguars came into this spring uncertain as to what they had at pass rusher. Defensive end Yannick Ngakoue didn’t have plans to play for the team while Calais … 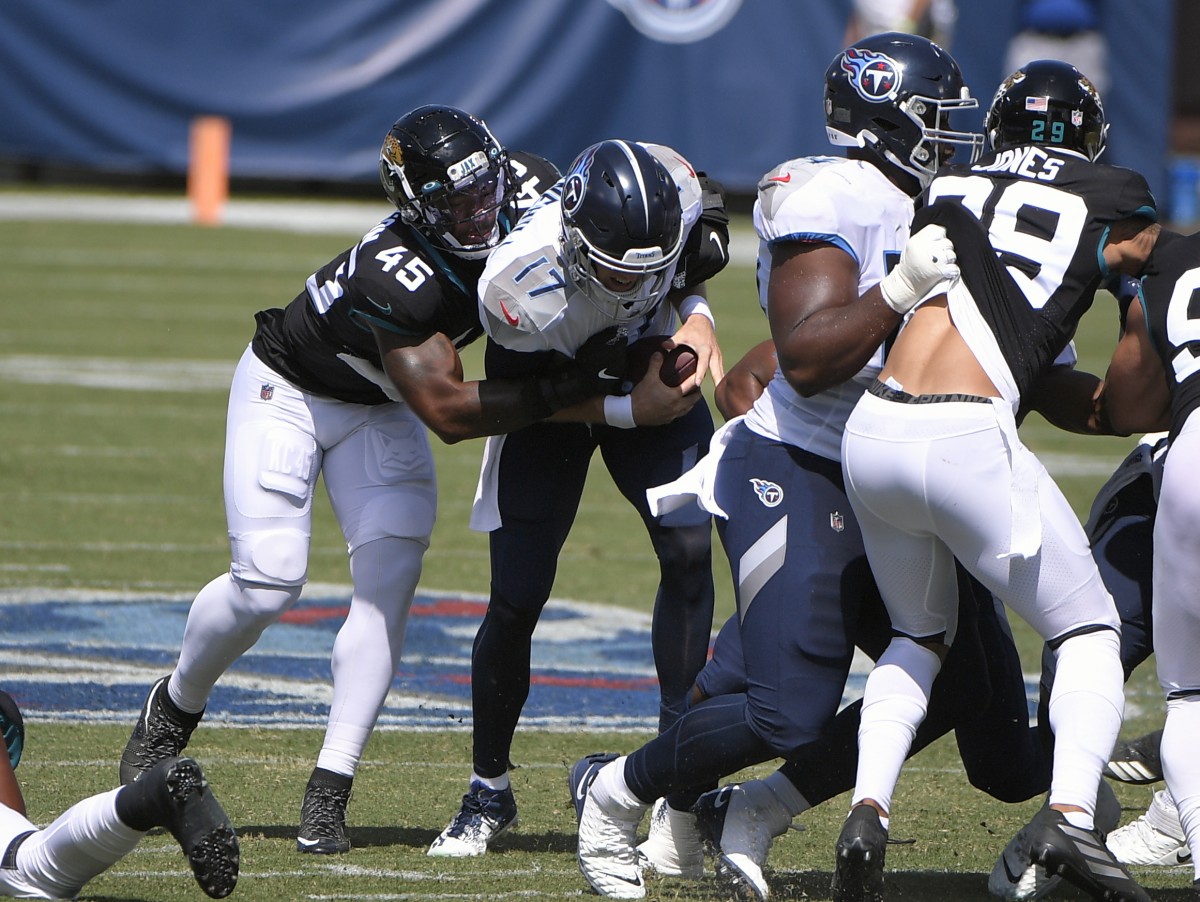 After years of having one of the best defensive lines in football, the Jacksonville Jaguars came into this spring uncertain as to what they had at pass rusher. Defensive end Yannick Ngakoue didn’t have plans to play for the team while Calais Campbell had been traded to the Baltimore Ravens, leaving fans to wonder who would provide pressure off the edge aside from Josh Allen.

Long story short, they ended up using one of their two first-round selections on an edge rusher, selecting K’Lavon Chaisson with the No. 20 overall pick. When fast-forwarding to present day, however, the former national champion has struggled to get to the quarterback as has the unit in general, garnering just three sacks over the first four weeks of the season.

This is something the media asked the rookie about Friday, and as most would expect, he offered no excuses about his lack of sacks.

“I mean it’s no secret behind it, I’m not getting there,” Chaisson said. “That was the purpose of me getting here. That’s the purpose of the head coach [Doug Marrone] and general manager [Dave Caldwell] taking a chance to get me in the first round [was] to get after the quarterback and I haven’t been getting there on a consistent basis and that’s something I need to get better in every day and every week. I promise you I’ve been working my butt off every week just to make sure not only that I’m just getting better in the pass rush, [but] also in the run game, just help contribute as much as possible.″

Like all rookies in the league, it’s worth noting that Chaisson is coming off the most unique preseason in NFL history. With the coronavirus pandemic derailing the league and other events, there were no preseason games for Chaisson to ease himself into the season with. Training camp was a slower process than usual, too. With that being the case, it’s not exactly shocking that Chaisson has struggled although it was obvious the team needed an impact sooner.

It feels as though the rookie is knocking on the door, however, as he had an interception voided by a holding call courtesy of nickelback D.J. Hayden Week 1. In the Jags’ following game (against the Tennessee Titans), he was able to get his first career sack. And while his impact was very limited against the Miami Dolphins Week 3, he’ll enter Week 4 pretty hungry after accumulating a stat line of just six tackles.

With his former Louisiana State teammate and first overall pick, Joe Burrow, lining up across the field from him this Sunday, Chaisson will have plenty of motivation to get it going. When adding in the struggles of the Cincinnati Bengals’ offensive line, that really could be the case as Burrow has been sacked 14 times since Week 1.