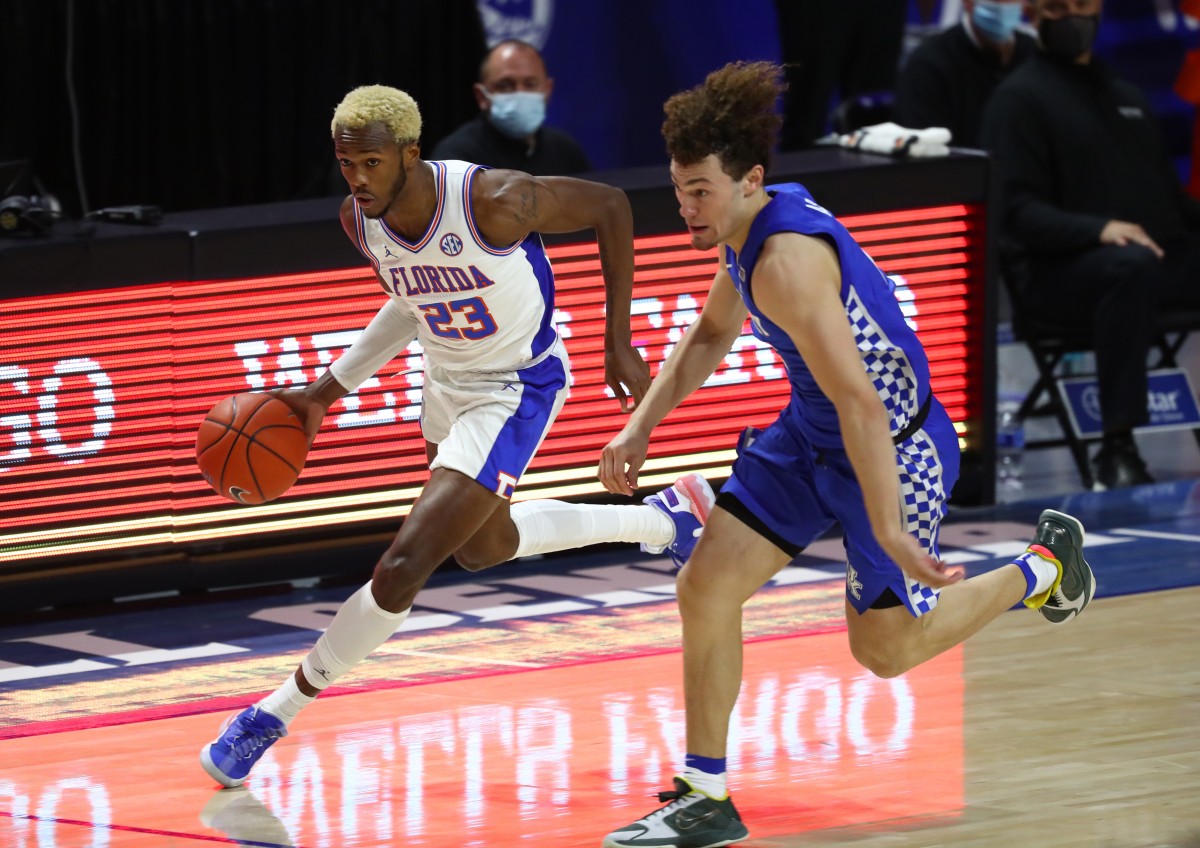 The 2020-21 men’s basketball season has been a complicated one thus far, to say the least, as the country continues to wrestle with the COVID-19 pandemic. The uncertainty surrounding the sport as well as some notable departures from norms has made this a difficult season for the experts to assess.

One of the most enigmatic teams this season — as well as over the past few years — has been the Florida Gators. While the expectations coming into play this time around were not nearly sky-high like in 2019-20, when UF was ranked No. 6 in the preseason, the Gators got off to a strong start in its non-conference schedule before the loss of star forward Keyontae Johnson — and subsequently, its first loss of the season to the Florida State Seminoles.

Nonetheless, ESPN’s college basketball analyst Jay Bilas sees Florida as a fringe top-25 team in his more recent analysis published on Thursday. Here is what he had to say prior to Saturday’s game against the Kentucky Wildcats.

Mike White’s group is going to have to figure things without Keyontae Johnson, and the fact that the Gators took down a quality LSU team to start the year was a good sign. Colin Castleton, the 6-foot-11 Michigan transfer, has been a revelation, with 19 PPG in his past three outings. Florida has a good opportunity with Kentucky coming to Gainesville on Saturday.

Of course, we all now know how that turned out on Saturday evening as UF squandered its opportunity to bounce back against a historically-poor Wildcats team on its home court, losing by a wide margin, 76-58. Furthermore, Castelton was shut down in this game, limited to just six points and three rebounds.

The Gators have as good of an opportunity as any to compete in the mysterious Southeastern Conference this season, but these past two games have been anything but encouraging. If Mike White cannot get his guys going soon, he could find himself run out of Gainesville by a rabid mob of fans.