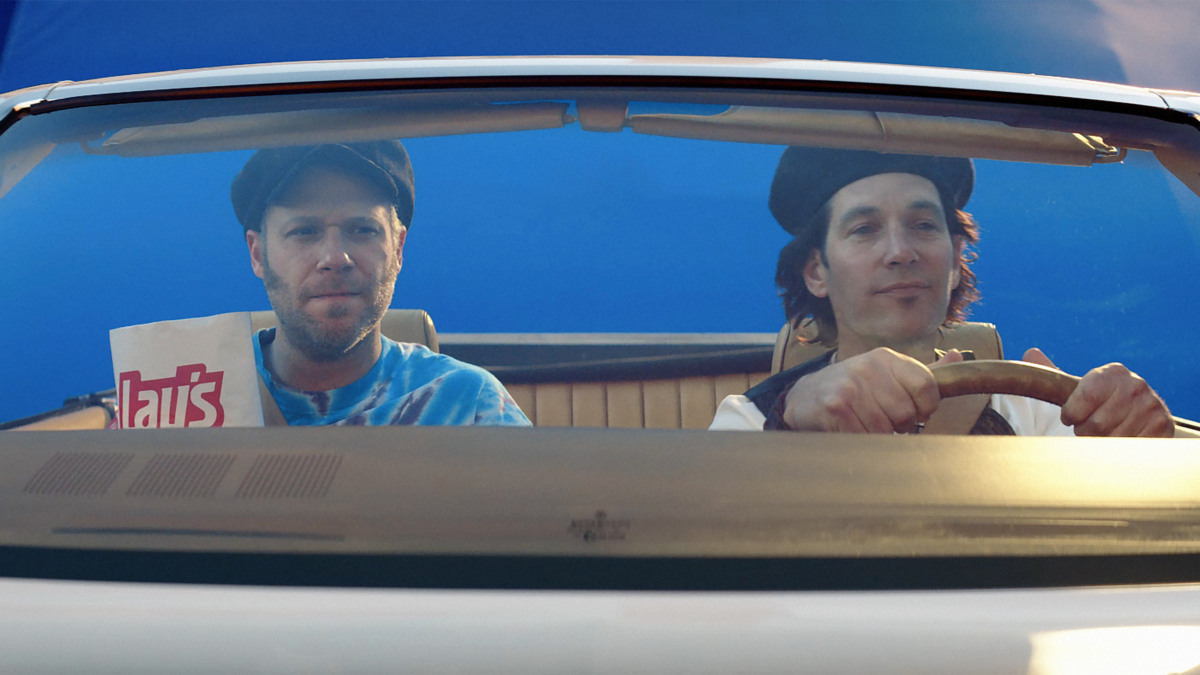 A lot has changed in the advertising world since Lay’s last appearance in the Super Bowl commercial mix 17 years ago. From the cost to the concepts, social media, even the idea of Los Angeles having much to do with the big game. Things back then were just… different.

And that includes the use of teasers for the Super Bowl commercials, which is a growing trend in the Digital Age, where a little bit of buzz today equals a lot of “ah-HA” moments during the release of the actual ad tomorrow.

While that concept might seem simple enough to follow, actor Seth Rogen isn’t totally sure about all the trendy hoopla—regardless if it’s his pal and fellow actor Paul Rudd convincing him while they are filming…yep: a teaser…for Lay’s return to advertising’s most prominent stage…. in Los Angeles (of course)… on February 13.

The brand’s 2005 Super Bowl ad “Fence” had a decent reception in the USA TODAY Ad Meter ratings that year, with the comical time-machine twist staring M.C. Hammer landing at No. 21 out of 55 eligible commercials.

With the star power and comedy chops of this year’s duo, it will be interesting to see if Lay’s can top that mark in the 2022 ratings.

After one-year absence, Budweiser is back in the Super Bowl commercial game as ad rally continues