The Steelers didn’t get enough big performances this week. 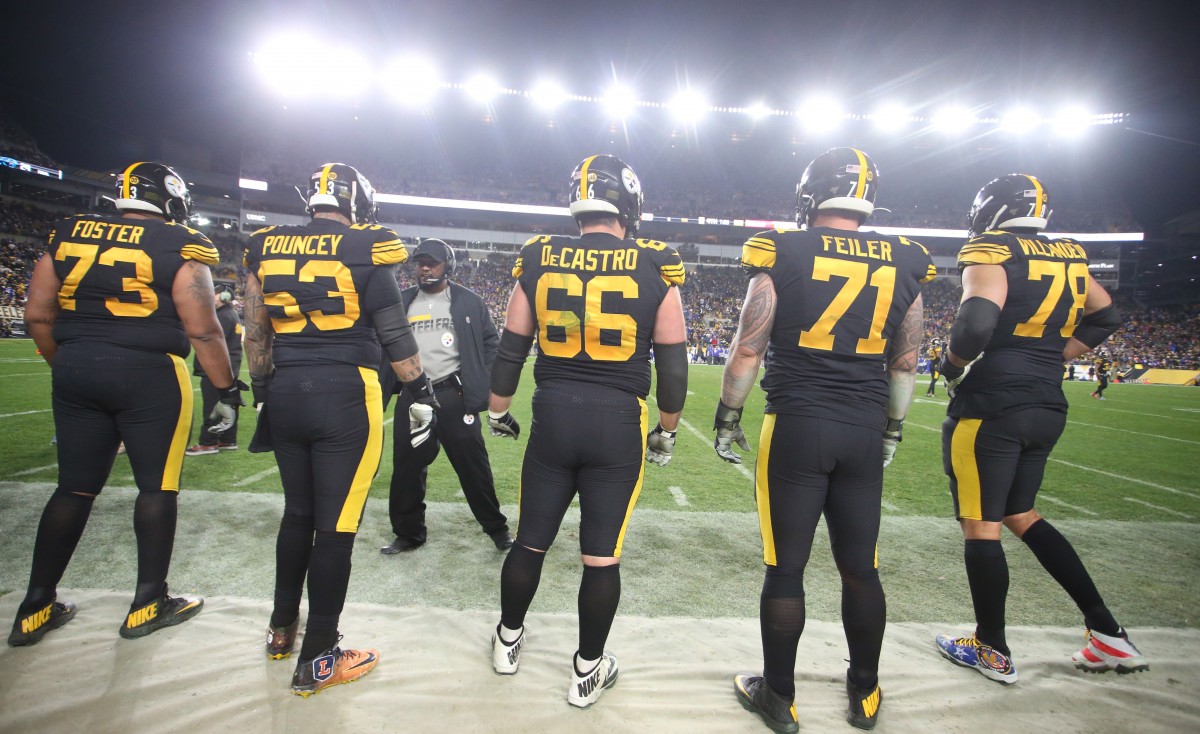 The outcome was not what was expected but the effort was the biggest surprise for the Pittsburgh Steelers. The final score was 17-10 but the game was not that close. The Buffalo Bills roughed the Steelers up at home and made the hill Pittsburgh must climb to the playoffs that much steeper.

Here are our studs and duds from Sunday’s loss.

Watt continues to make his case for Defensive Player of the Year with another strong game. Watt finished with four tackles, two tackles for loss, .5 sacks and a forced fumble.

Will the Steelers make a quarterback change this week? 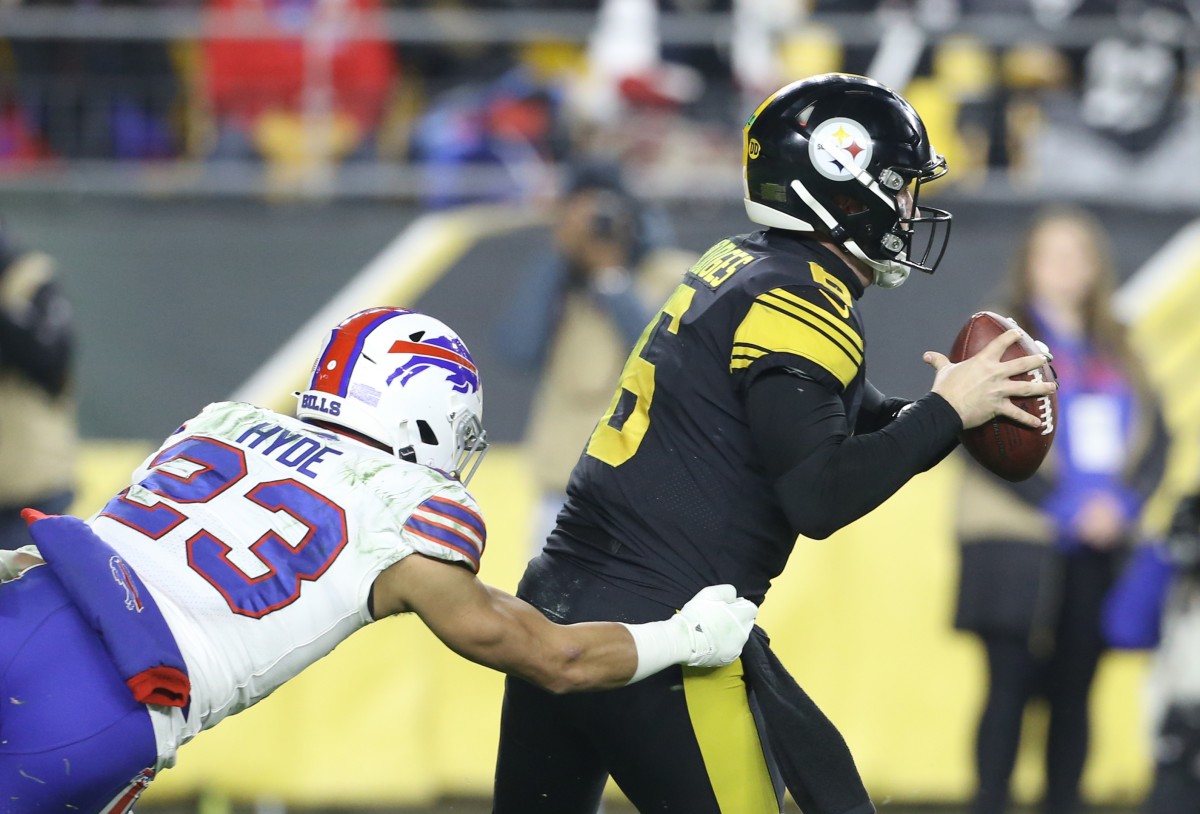 Oh boy. This wasn’t supposed to happen this way. Devlin Hodges was supposed to be the chosen one who would lead the Pittsburgh Steelers on their improbable run to the playoffs. Then next season he would assume the role of backup behind Ben Roethlisberger and Big Ben would groom him for the future.

Then four interceptions happened. Sunday night’s loss was as ugly as any game a Steelers quarterback has played this season, and that is saying something. And it puts head coach Mike Tomlin is a tough spot. Hodges was named the starting quarterback because he hadn’t killed the Steelers yet. Mason Rudolph did that. But was Sunday Hodges fault?

In a game that was never more than seven points apart, why on Earth did the Steelers throw it 38 times compared to only 15 rushes? It’s hard to lay too much blame at the feet of the young quarterback when his coaches keep asking him to throw in a game where they should have been running it. Keep in mind this was a game where the Steelers had four realistic options at running back dressed out.

So where does this leave the Steelers? Two games to play and there is no margin for error. The Steelers cannot lose another game and make the playoffs unless the Bills somehow lose both of their final games.

If you are head coach Mike Tomlin, do you bench Hodges down the stretch for doing what Rudolph did or do you buck consistency and just ride it out for two more games and hope things work out?

This AFC wildcard race is as close as it gets. 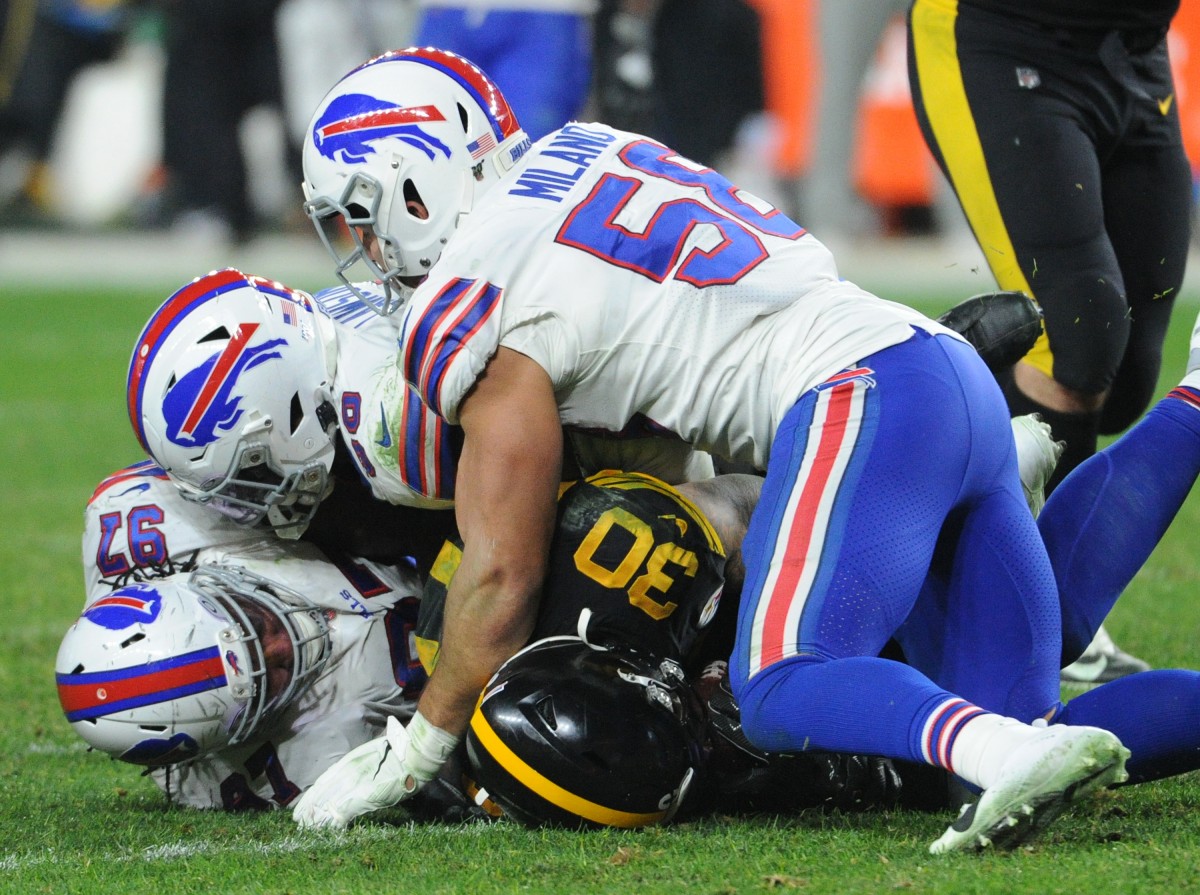 Sunday night’s loss to the Buffalo Bills dropped the Pittsburgh Steelers to 8-6 on the season and put their playoff lives in jeopardy. The Steelers still cling to the No. 6 seed in the AFC thanks to a loss by the Tennessee Titans but the Steelers still have two very tough games to go and no margin for error. Sunday’s defeat was ugly and Pittsburgh’s offense was dominated by the Bills defense.

Is this a playoff-caliber team? That isn’t really the question. It’s all about getting in and then anything can happen. So we ask the question, on the heels of this loss, do you think the Steelers will make the playoffs?

Case your vote and tell us if you think the Steelers squeak in or come up just short.

Devlin Hodges might have played his way out of a starting job on Sunday night. 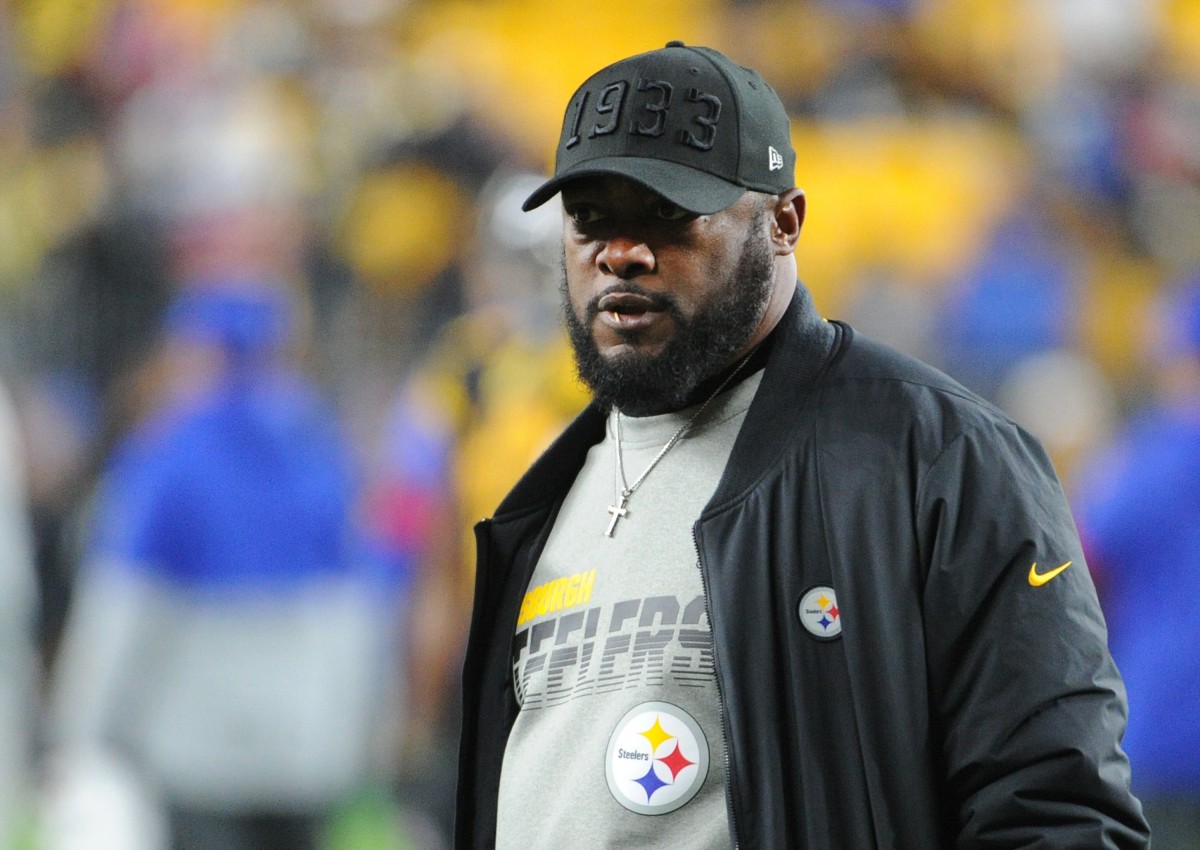 Tomlin asked if Hodges would still be the QB vs Jets:

The last time a Pittsburgh Steelers quarterback played as poorly as Devlin Hodges did on Sunday night, he got benched in the middle of the game. But Steelers head coach Mike Tomlin isn’t ready to talk about who his starting quarterback will be next week on the heels of their 17-10 loss.

Mason Rudolph lost his starting job in Week 12 after struggling against in the first half against the Cincinnati Bengals. This came a week after his four-interception effort against the Cleveland Browns.

Hodges would not be outdone and decided to have his own four-interception effort Sunday night. And even though we do out best to look at interceptions with an objective eye, these picks were on Duck.

We should know who the Steelers are starting this week against the New York Jets when the team gets back together on Tuesday. Who is your pick for this week’s starting quarterback with just two must-win games left on the schedule?

What went wrong for the Steelers on Sunday night? 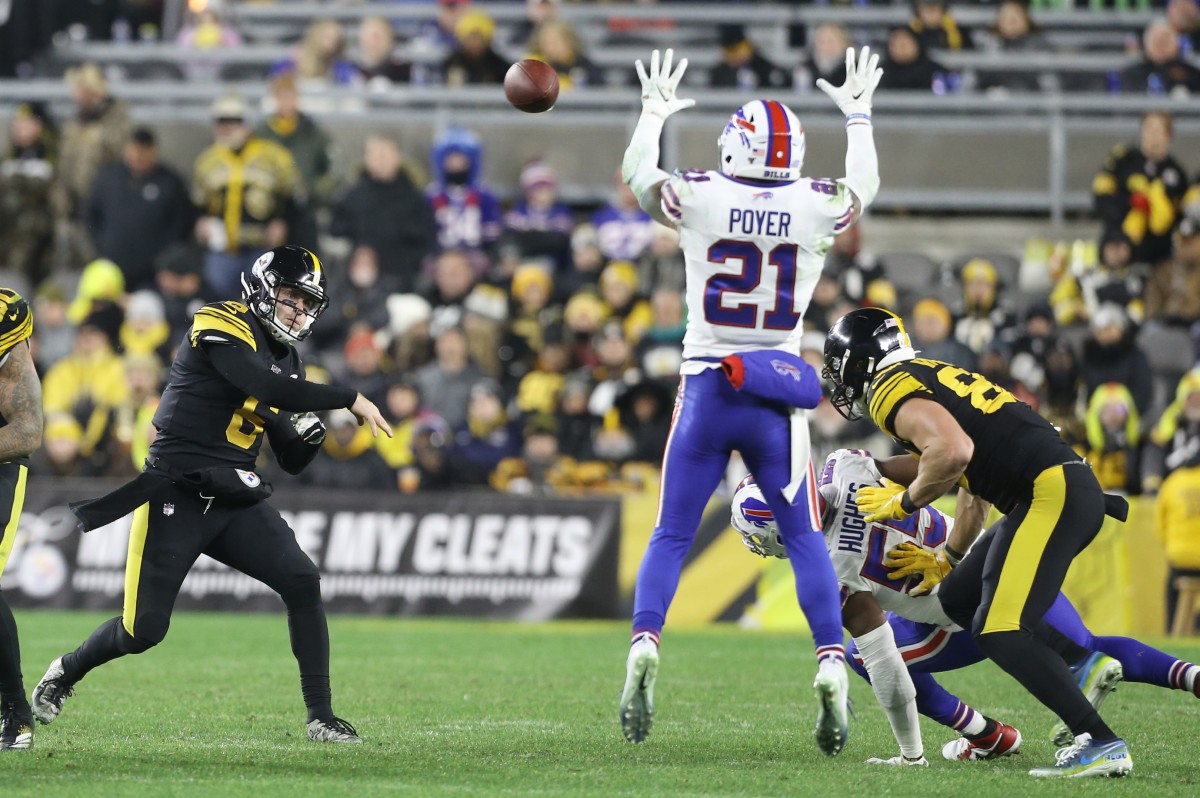 In their final home game of the season, with everything on the line, the Pittsburgh Steelers were dominated by the Buffalo Bills. Don’t look at the score because that doesn’t tell the whole story. It was a 17-10 loss but this was one of the worst performances by the Steelers offense all season and that’s really saying something.

Here are our three big takeaways from the loss.

This is Devlin Hodges

Don’t kid yourselves, Steeler Nation. The game Devlin Hodges had Sunday night could have happened in any of his starts this season. Buffalo has a tremendous defense and Hodges had no answers for what they did. The Bills pinched Hodges with controlled pressure resulting in a panicked rookie quarterback who either took a big hit or threw it to the wrong team. The defense and wide receivers have shielded fans from this up until tonight but everyone saw what Hodges does when he faces a bigtime defense.

The Steelers fall to 8-6 with embarrassing home loss to the Bills. 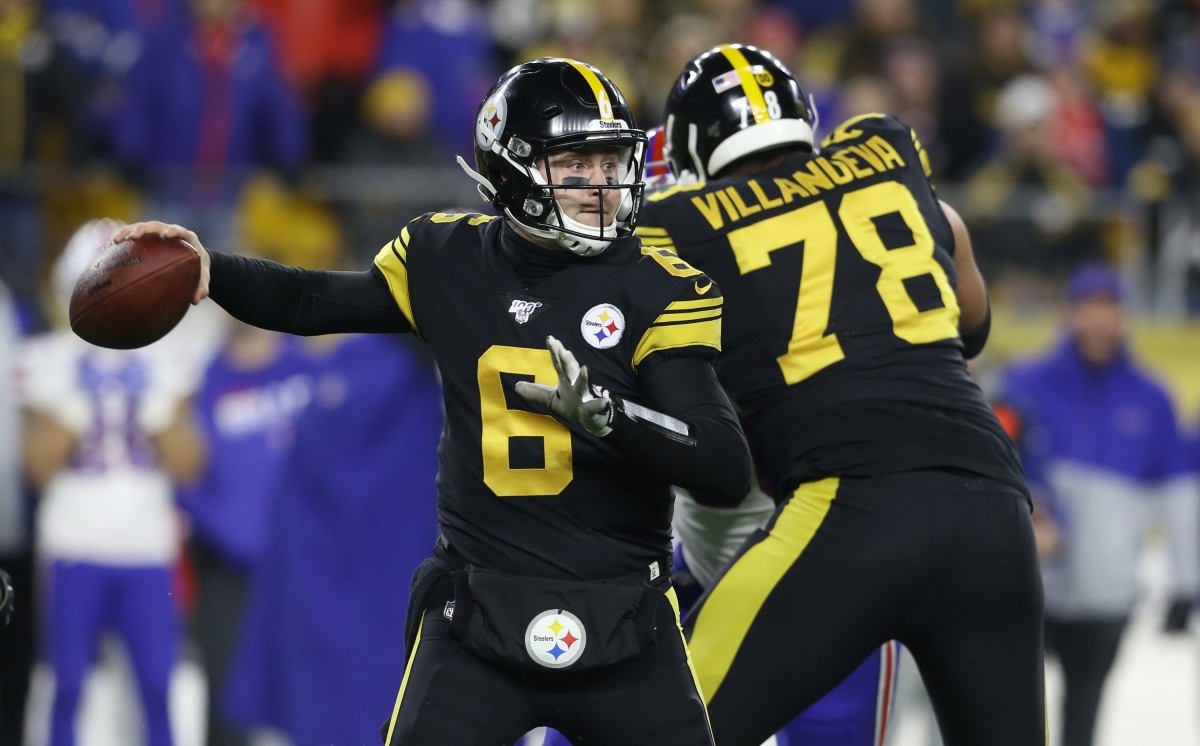 No one thought it would be easy.

The Pittsburgh Steelers and Buffalo Bills knew what the stakes were on Sunday night. Both teams brought smothering defenses but in the end, the Steelers offense sputtered and ultimately failed as Pittsburgh fell to the Bills 17-10.

It was far and away the worst game of quarterback Devlin Hodge’s short NFL career. Hodges threw for only 202 yards and four interceptions and looked outmatched at almost every turn on Sunday night.

But despite his struggles, offensive coordinator Randy Fichtner felt no obligation to stop having Hodges throw it despite how close the score was. Running back James Conner returned to the field but you might not have known it based on how little he was used.

The defense did what it could. They held Bills quarterback Josh Allen to only 139 passing yards. But the Bills run game did it’s job, wearing down the Steelers front, slowing down the pass rush and chewing up yards.

Pittsburgh got two turnovers but failed to bring Allen down. One sack isn’t enough regardless of the opponent but when Pittsburgh gave Allen time he took advantage. The myth that a great defense can carry a team is just that. The luck ran out for the Steelers on Sunday night and now they must win out if they want to make the playoffs.

James Conner is active and will play Sunday night. 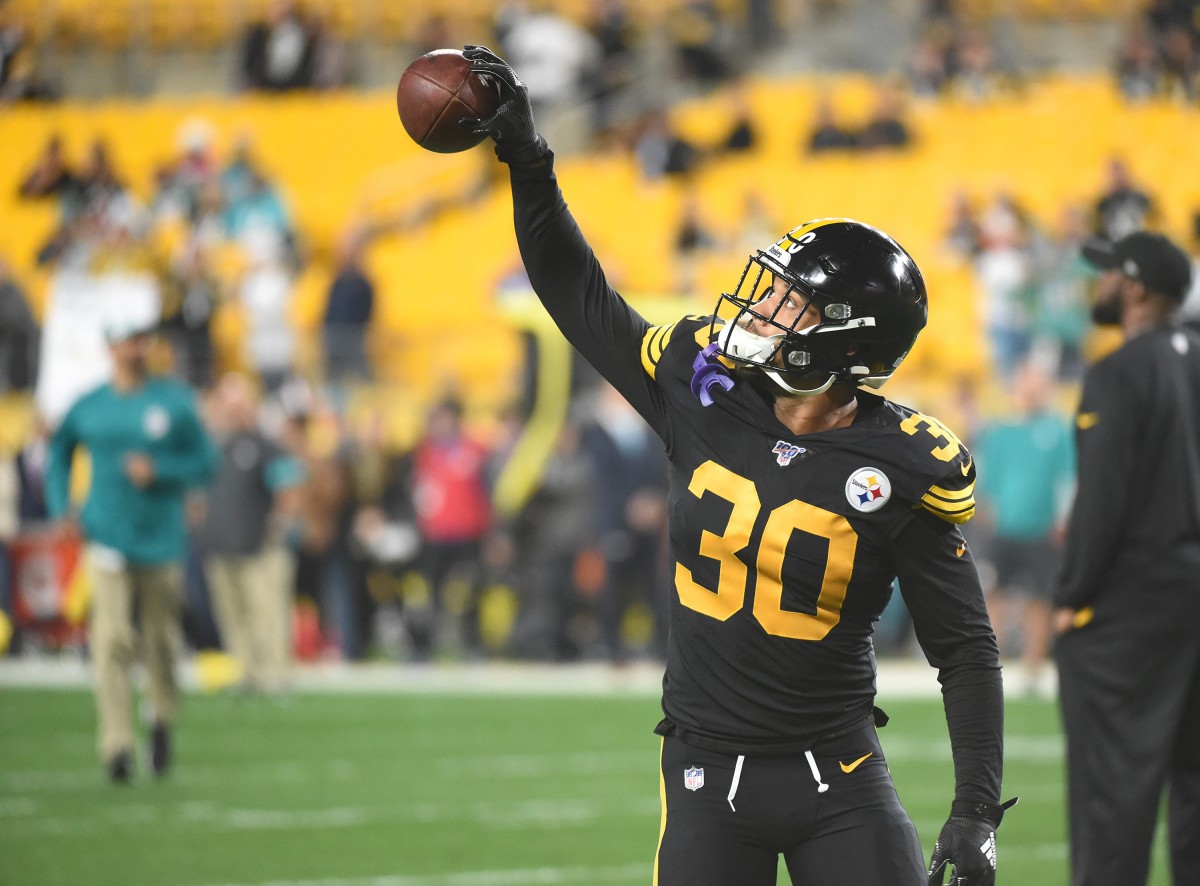 The Pittsburgh Steelers will finally get running back James Conner back for their Sunday night game against the Buffalo Bills. Conner has missed all or part of the last six games but his shoulder injury appears to be well enough to give it a go this week.

Wide receiver JuJu Smith-Schuster is inactive and will miss his fourth straight game. The Steelers will also be without tight end Vance McDonald who remains in the concussion protocol. In his place, rookie Zach Gentry gets a helmet. Additionally, cornerback Artie Burns is once again a healthy scratch in favor of rookie Justin Layne and his days appear to be numbered.

In a surprise move the Steelers deactivated defensive lineman Isaiah Buggs. The Bills are one of the best rushing teams in the NFL so you would have thought the Steelers would have wanted as many big bodies up front as possible to rotate in. Instead, the Steelers keep running back Trey Edmunds actives which creates a logjam at running back instead. 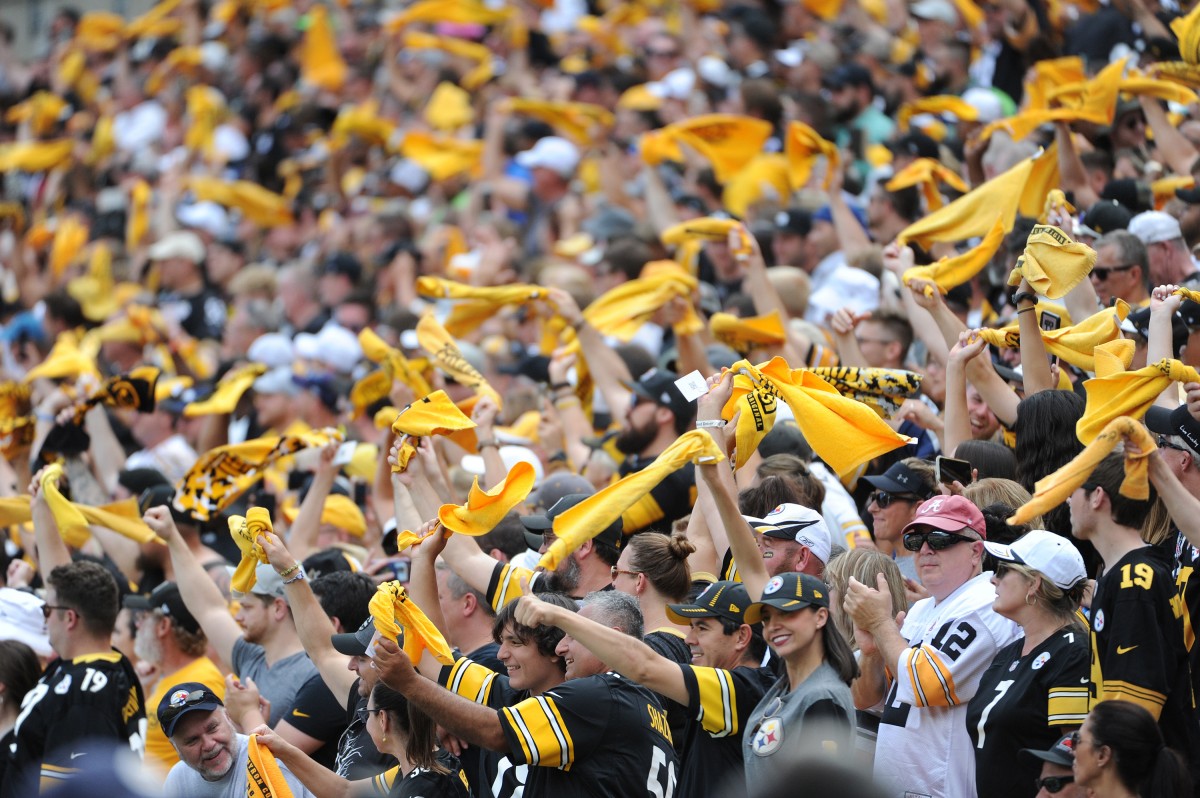 It’s Week 15 of the NFL regular season and the Pittsburgh Steelers continue to control their own destiny to make the playoffs. Sitting at 8-5, Pittsburgh is the No. 6 seed with several teams nipping at their heels, waiting for Pittsburgh to slip up.

But there’s a bigger picture here as well. If the Baltimore Ravens can lock up the No. 1 overall seed before they face the Steelers in Week 17, there’s a chance they will rest quarterback Lamar Jackson. This would be great for the Steelers if they have to win that final game.

Texans vs Titans-The most serious threat to the Steelers are the Tennessee Titans. They are playing great football and get division foe Houston at home. We want to see the Texans pull off the win here to keep the Titans division record down.

Patriots vs Bengals-This one might be wishful thinking but it would be great if Cincinnati could pull off the upset here. A loss by the Patriots gets the Ravens closer to locking up that No. 1 overall seed.

Broncos vs Chiefs-This is another game with top seeding ramifications. We want Denver and their new starting quarterback Drew Lock to trip up the Chiefs and give Baltimore a little more breathing room.

Browns vs Cardinals-We know Cleveland is only 6-7 but anything can happen. Plus we always like rooting against the Browns.

Also, the Oakland Raiders play the Jacksonville Jaguars and the Indianapolis Colts take on the New Orleans Saints. If the Raiders and Colts lose it gives the Steelers a little more breathing room in case they trip up against the Bills. 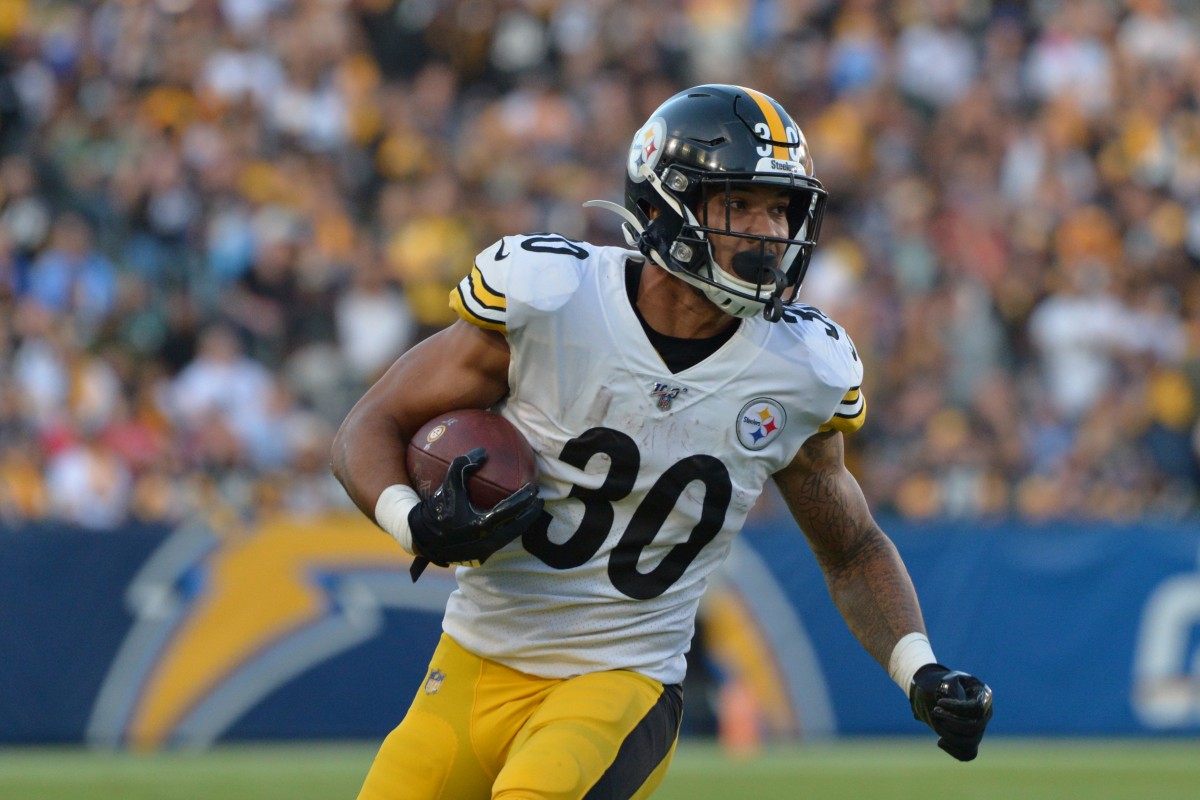 According to NFL reporter Ian Rapoport, Pittsburgh Steelers running back James Conner is expected to play Sunday night against the Buffalo Bills despite being listed as questionable.

Conner has missed five of the last six games with a shoulder injury that just won’t seem to go away. If Conner plays this week, look for him to be on a serious pitch could. Pittsburgh has established a solid three-man running back rotation with Benny Snell Jr., Jaylen Samuels and Kerrith Whyte.

Anything Conner can add to this would be great against Buffalo but head coach Mike Tomlin finally understands the concept of running back by committee and how it can work.

Additionally, if Conner dresses, it’s likely Trey Edmunds would not. This means all the talk about three brothers playing in the same game would be lost.

#Steelers RB James Conner (shoulder) is expected to return to the field today and he should be treated as the starter. However, expect Conner to split carries with Jaylen Samuels and Benny Snell.

Winning this week starts with stopping the run. 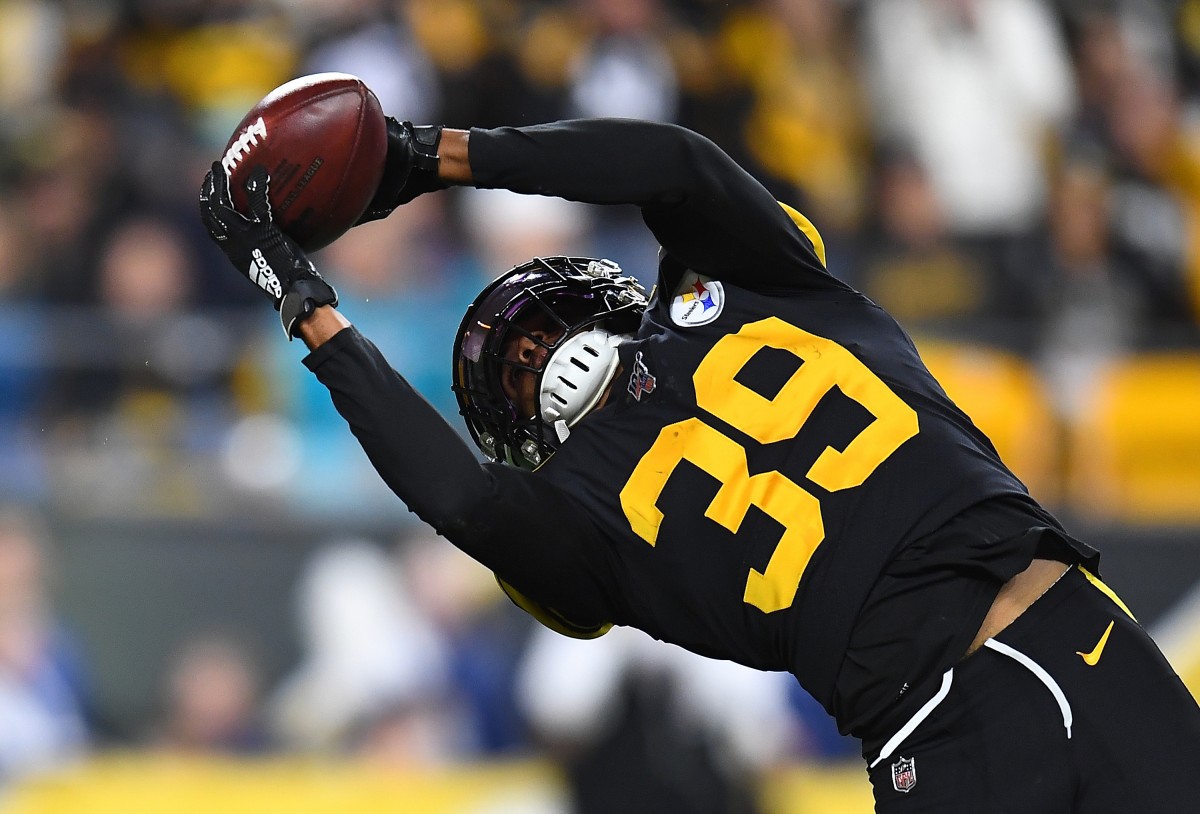 Sunday night is going to be a huge AFC showdown between the Pittsburgh Steelers and the Buffalo Bills. Both teams are fighting for playoff position and are eerily similar in how they’ve turned in such big seasons. The Bills can secure a playoff spot with a win but the Steelers are a tough out at home in prime time.

Here are our three keys to victory.

Buffalo has the No. 5 rushing offense in the NFL. Between Devin Singletary, Frank Gore and Josh Allen, you never know where the run game is going to come from. Allen doesn’t want to have to throw the football so that’s exactly what the Steelers must force him to do. This will be a huge test for just how physical the Steelers defensive front can be.