In ESPN’s latest 2022 NBA mock draft, Will Richardson is the only Oregon player to be selected, going to Phoenix at No. 56. 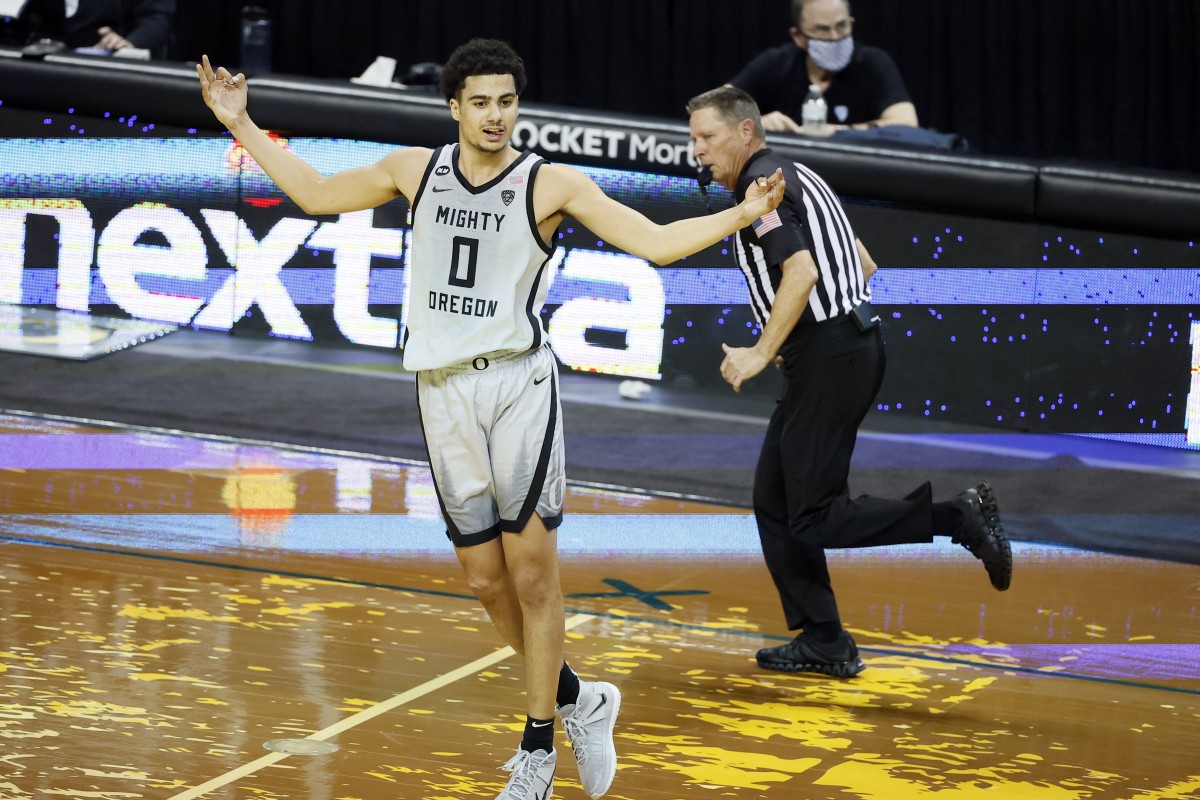 The Oregon Ducks are basking in the success of Chris Duarte and his early draft selection earlier this week, but it’s never too soon to look ahead to the next year.

While we may think that the Ducks’ roster this season is going to be extremely talented, ESPN might not quite agree. According to their latest mock, they only have one Oregon player getting selected in the 2022 NBA draft.

That player is Will Richardson, the veteran point guard who is expected to lead the Ducks’ to a deep tournament run this season. In the 2022 mock, Richardson lands with the Phoenix Suns at No. 56 on the board.  After missing the first several games of the 2020-2021 season with a thumb injury, Richardson shook off the rust and managed to average 13.8 points per game during the final 7 contests of the year.

So what about Quincy Guerrier, or Jacob Young, or De’Vion Harmon, or N’Faly Dante? Well, we might think they have a chance to be taken early in the draft, but the worldwide leader in sports doesn’t agree.

This season, though, all of those players will have a chance to prove the draft analysts wrong and climb up the draft board before the big day.