Johnson told the Orlando Sentinel that he’ll be back on the court, one way or another. 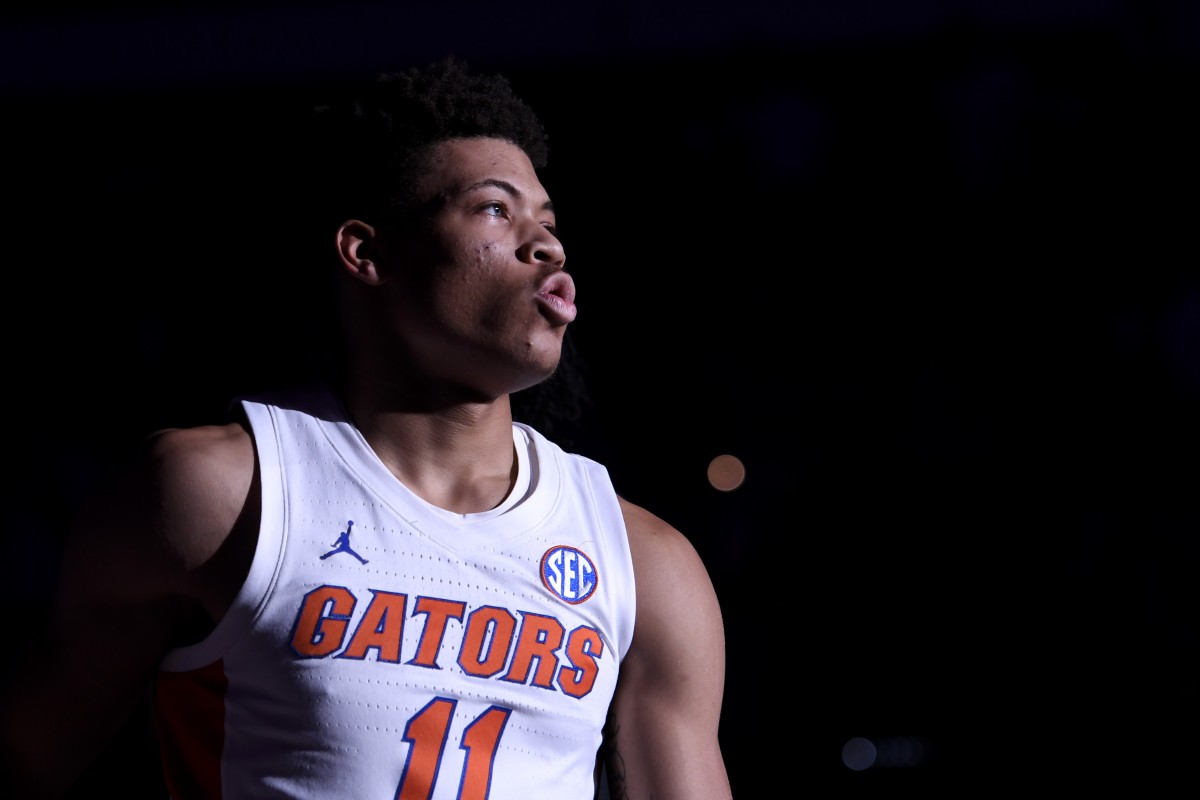 In the opening minutes of Florida basketball’s matchup against Florida State on Dec. 12, Gators star forward Keyontae Johnson collapsed on the floor and had to be taken to a local hospital. He was initially listed in critical condition and was in a coma.

Now, more than seven months later, Johnson eagerly awaits a return to the court. He told the Orlando Sentinel’s Edgar Thompson that he’ll be playing basketball again, whether it’s at the University of Florida or elsewhere.

“I don’t know if it will be here, but I’m for sure going to play basketball again,” he said. “Just taking it day by day, going to see doctors and everything. They really haven’t given me a timeline yet.

“Hopefully, I get it soon.”

No diagnosis for Johnson has been publicly announced, and he told Thompson that it has not yet been determined if the collapse stemmed from a heart malfunction. Until that is ruled out, he isn’t allowed to undergo cardiovascular exercise. He’s limited to spot-up jumpers and a few dribbles on pull-up attempts.

“That’s why they’re doing tests. That’s why it’s longer than expected. They just don’t know,” Johnson said. “They don’t know if it was my heart or it could be something else. It was just a freak incident; they’re just trying to figure it out to make sure I’m fine before they clear me.

“I go on a walk daily with Coach [Mike] White and stuff like that, or with our athletic trainer. They don’t want me to do anything until I’m cleared.”

For now, Johnson is focused on helping others improve. He took advantage of the new name, image and likeness rules to start a local paid youth basketball camp as he awaits his medical clearance.

“There’s a lot of kids out here that nobody knows about that want to hoop, and I want to help them fulfill their dreams,” he said. “I feel like this could be the start of it.”

But make no mistake, Johnson wants to be back on the court. And if he’s medically cleared, he should be playing for the orange and blue this fall.