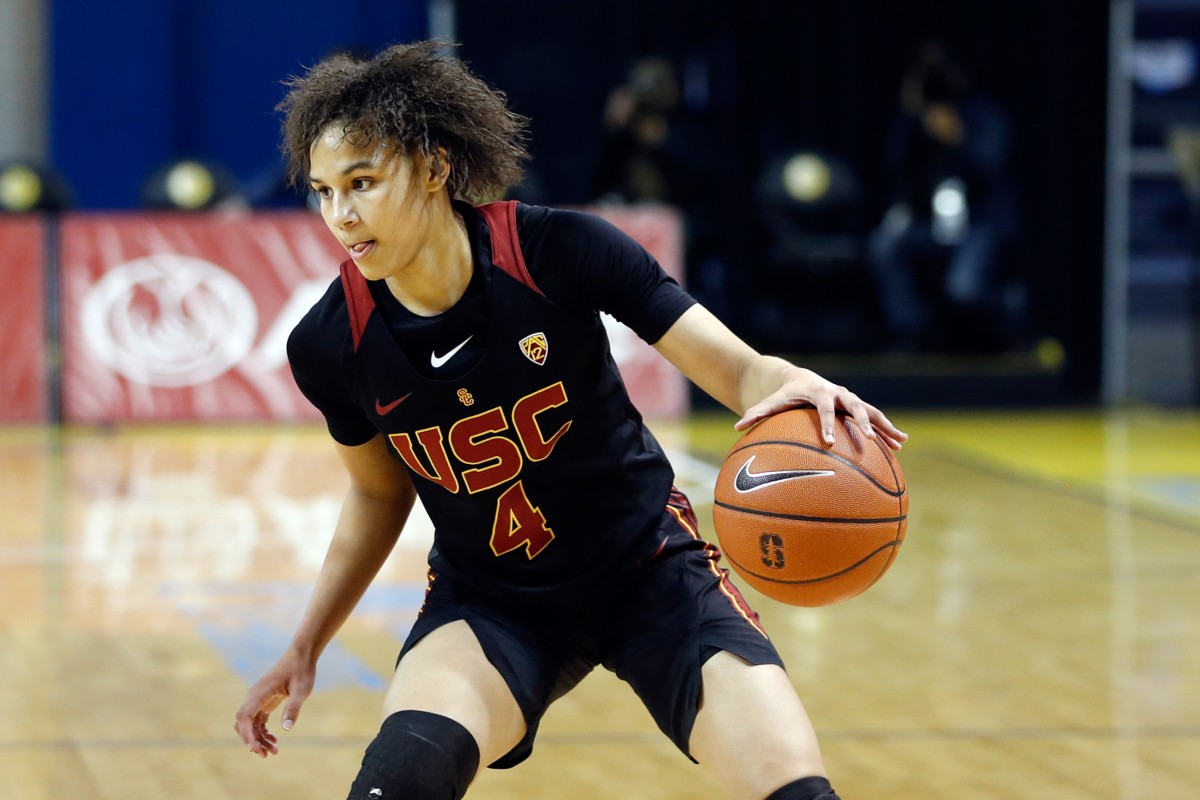 It worked out very well the first time around, so the Ducks decided to go to the well once again.

USC point guard Endyia Rogers is now the Trojans former point guard as the junior-to-be has announced she is coming to Eugene to play for Kelly Graves and the Oregon women’s basketball team.

She will follow in the footsteps of Minyon Moore, who also left USC to be a Duck, but the two situations are quite different. Moore left Los Angeles as a senior transfer in hopes of playing in the NCAA tournament, which she was an integral part of Oregon’s Final Four team of 2019.

Rogers is leaving the Trojans because of a coaching change. Longtime Trojan coach Mark Trakh retired after 26 years of coaching, including nine total seasons with USC. Lindsay Gottlieb was hired as his replacement and that was when Rogers announced she was going elsewhere.

It was widely believed that the 5-foot-7 guard from Dallas was going to choose between Oregon and Arizona as her next destination.

In her time with the Trojans, ironically, she was Moore’s replacement as being their primary scorer. She averaged 14.8 points and 3.5 assists per game last season as a sophomore. As a Duck, Rogers won’t be expected to carry that kind of workload as she will be Te-Hina Paopao’s backup.