Former Florida point guard Tre Mann is heading to Oklahoma City, and an anonymous college basketball coach is a big fan of the pick. 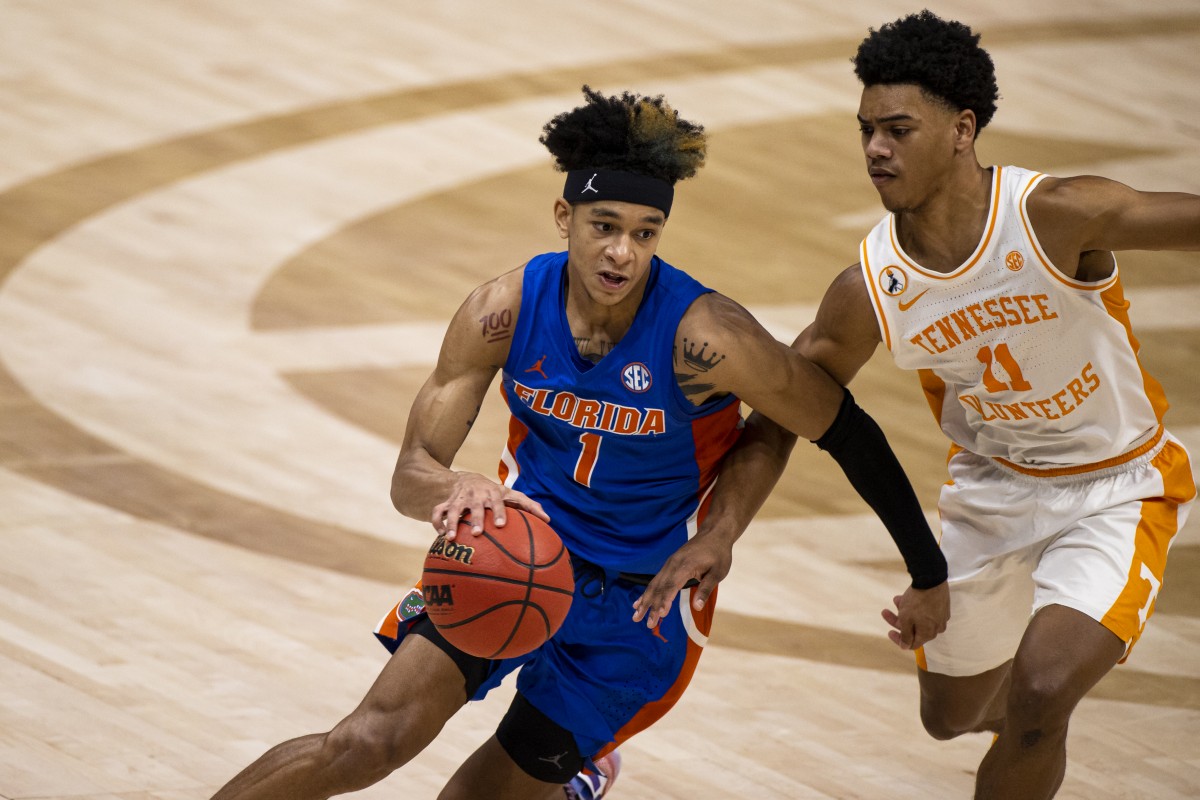 Florida point guard Tre Mann ended a drought of Gators first-round picks in the NBA draft that dated back to 2012. Mann’s selection by the Oklahoma City Thunder with the 18th overall pick also made him UF’s first drafted player, period, since Erik Murphy in 2013.

With most projections showing Mann in the early-mid 20s, he heard his name called a bit earlier than most expected. And though his skill set may not exactly translate to a starting-caliber guard, he has enough versatility for one anonymous college basketball coach to be a big fan of the signing, per a report from ESPN.

“He could be a really, really good pick,” the coach said. “He has Kyrie Irving-esque handle. I know that’s blasphemous, but it’s his finishing package, his handle, his creativity.”

Mann’s ball-handling is definitely a major reason why he was so successful slashing toward the basket last season, and though he’s considered a potential combo guard, he may see most of his reps at point for that reason.

He was one of seven SEC players to go in the first round, and the only one of those seven that wasn’t a one-and-done. It’s clear the league is gaining in stature, and coaching is likely a major reason why.

“It’s a testament to the players, but it starts from the leadership up top,” one SEC coach said. “Athletic departments making basketball a priority. The SEC is seen as a football conference, but you look up and down the league, whether it’s [Rick] Barnes, [Eric] Musselman, [John] Calipari, Nate Oats — the coaching in the league, you can put up against any league in the country. The combination of leadership and coaching is a huge, huge part of why the league has been able to take such a big jump.”

Mann wasn’t the only Florida player selected on Thursday night. He was joined by Scottie Lewis, who was taken with the 56th pick in the second round by the Charlotte Hornets. His selection came as a bit of a surprise, as many thought he would go undrafted.

In Oklahoma City, he likely won’t outcompete Kemba Walker and Shai Gilgeous-Alexander for starting reps, at least not any time soon. However, the depth behind those two consists of Theo Maledon, Luguentz Dort and 2021 sixth overall pick Josh Giddey. Mann may struggle to see time as a rookie, but he could eventually develop a role off the bench with the Thunder.