What are some great drum solos in the history of rock? 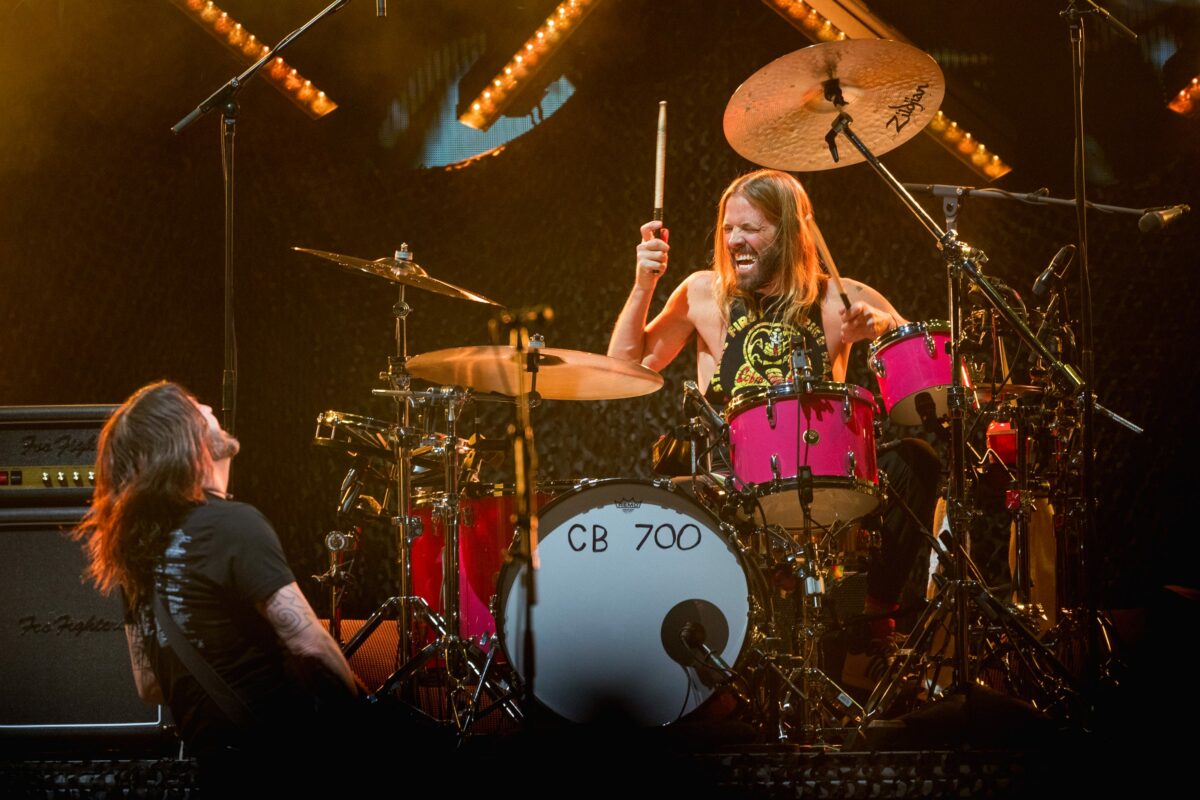 Once a Cowboy, always a Cowboy, Dez Bryant is putting his coins up in belief of what his former team can and will do in the NFC East. 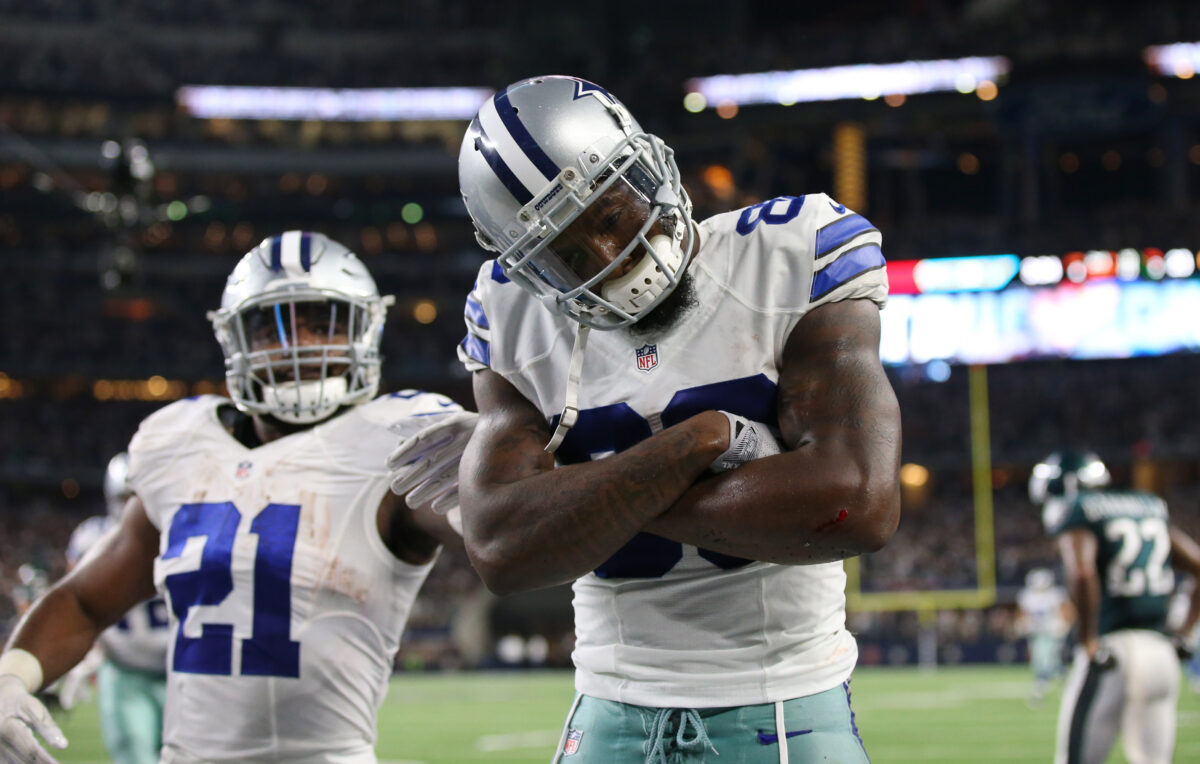 There’s still two-plus weeks to go, but that doesn’t mean people aren’t already looking ahead to the next time the Cowboys and Eagles square off. Dallas, the reigning division champions, have bounced back from an anemic performance in Week 1 to win two games in a row. The Philadelphia Eagles, after the Miami Dolphins loss on Thursday night, currently stand as the last remaining undefeated team at 3-0.

Both teams have games to play on Sunday with Dallas hosting the Washington Commanders and the Eagles facing upstart Jacksonville, as well as games the following week, but that doesn’t stop those on the outside from looking ahead. That group involves the current king of Philly rap Meek Mill and the Cowboys latest former player ambassador to the streets, Dez Bryant. On Friday the Maybach Music front liner put out a call on Twitter for any and all comers to bet against his hometown Eagles. Bryant quickly put the terms into the atmosphere.

For those who don’t remember, Bryant referenced smoking that Giants pack in predicting a Cowboys’ victory on Monday night. He was right then, and Cowboys fans hope he’s right again.

After Washington, Dallas will travel to take on the Super Bowl champion Los Angeles Rams before traveling to Philadelphia on October 16. There’s a pretty big chance Dallas will either already have, or will be welcoming back quarterback Dak Prescott, who hasn’t played since Week 1. Meanwhile the Eagles are flying high thanks to the rapid improvement as a passer of quarterback Jalen Hurts.

A look at the opening Week 4 lines for the Cowboys’ second straight divisional matchup and third in four games at home. | From @KDDrummondNFL 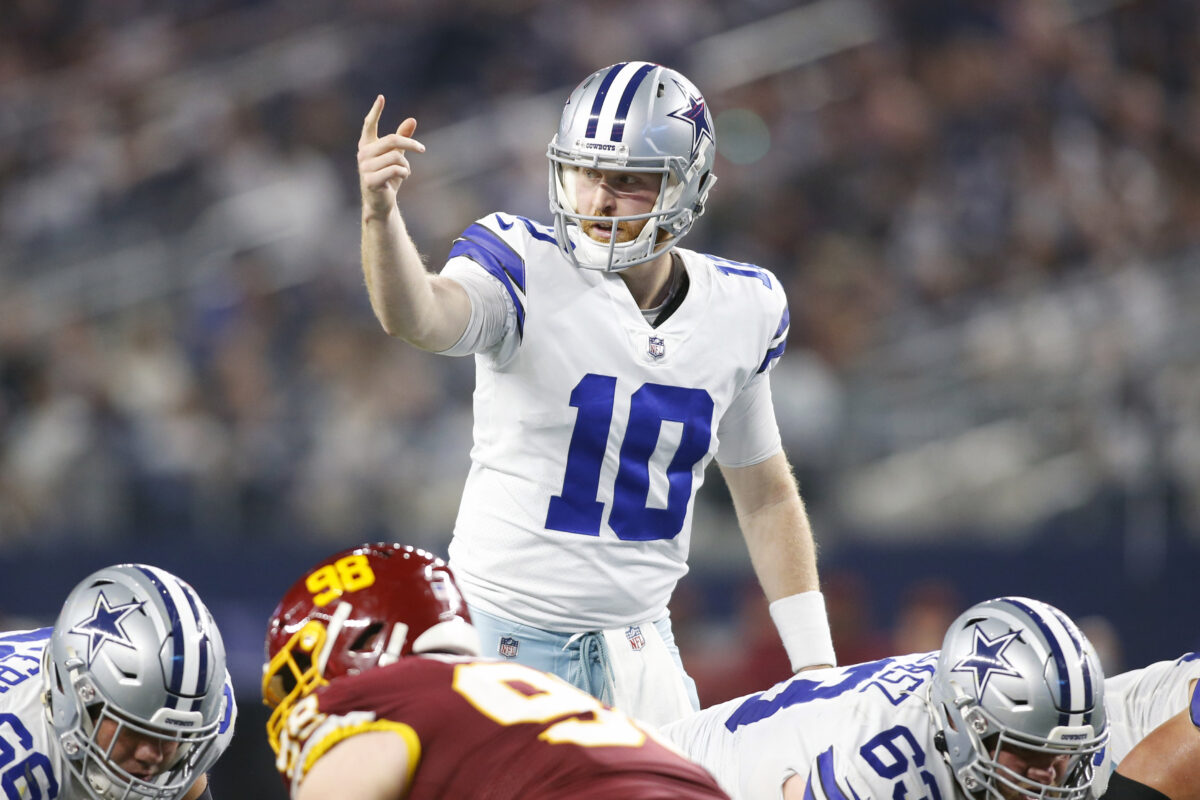 Can they make it three in a row? Left for dead after an offensive debacle in the season and home opener against the Tampa Bay Bucs, the Dallas Cowboys are riding a two-game winning streak into Week 4. Following Monday night’s 23-16 win over the New York Giants, the Cowboys are sitting pretty and heading into their second-straight divisional matchup. They will return to AT&T Stadium to take on Ron Rivera’s Washington Commanders.

Both teams fortunes have been reversed since the opener, with Washington losing their last two games and in inglorious fashion. Their offensive line is leaking and quarterback Carson Wentz is not responding well to adversity. The defense hasn’t been much to write home about either but as everyone knows, divisional battles can reverse trends with no warning.

NFL cheerleaders dazzle with routines and flying hair during games 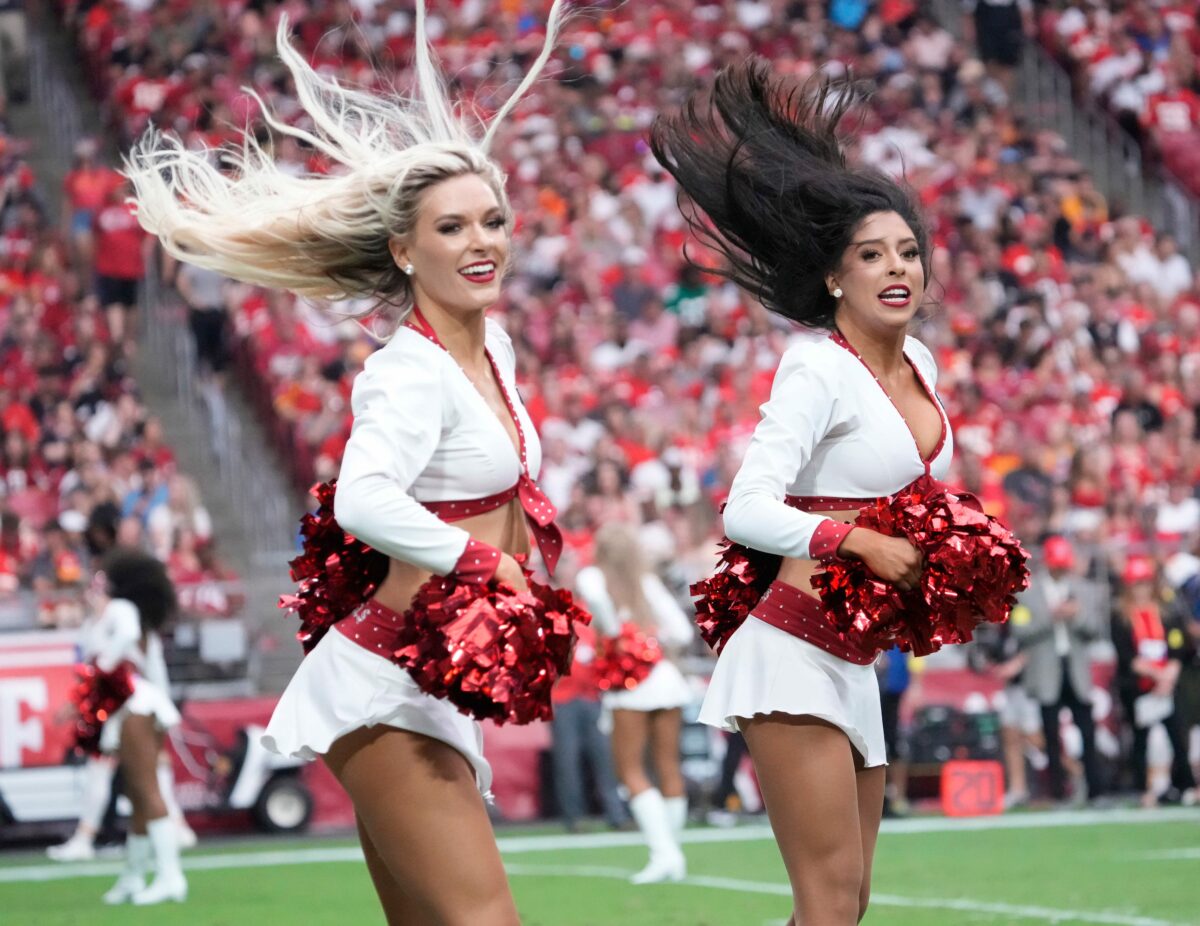 A look at the opening numbers for the MNF matchup, as well as explainers to what each term means and how the Giants and Cowboys have fared thus far in 2022. | From @KDDrummondNFL 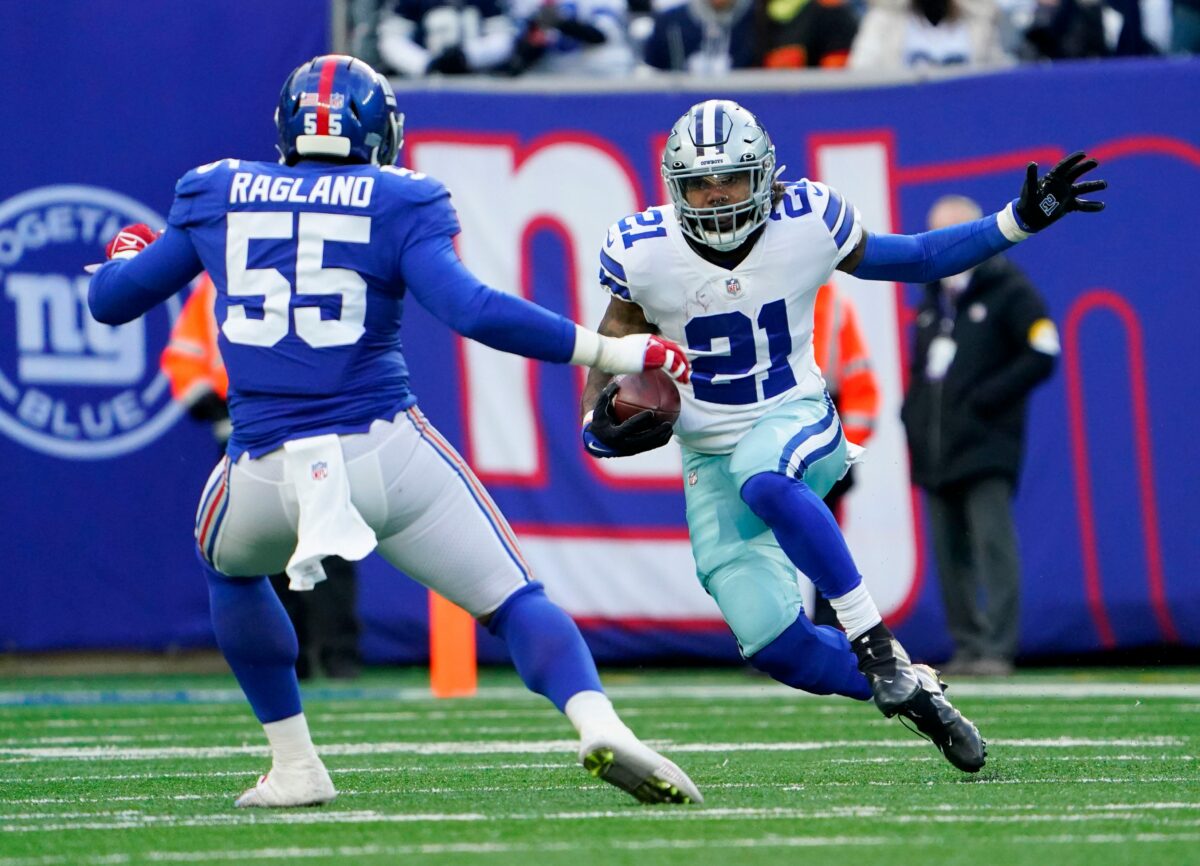 The Dallas Cowboys pulled off an impressive home victory without their signal caller on Sunday afternoon. Losing Dak Prescott to a thumb injury that required surgery was not the way the club planned to start defense of their NFC East championship. The mood within the walls of The Star exuded confidence, but surrounding the club there was a lot of doubt among the fans and the media. However the Cowboys raced out to an early lead against the defending AFC Champion Cincinnati Bengals and then kicked a winning field goal as time expired to win 20-17 and improve to 1-1 on the season.

Meanwhile the New York Giants are one of a few surprise teams in the NFL early in the season. After starting each of the last five seasons with a loss, the club is above .500 for the first time since 2016, which was the last time they started a season 2-0. They’ll try and make it 3-0 in head coach Brian Daboll’s initial season. For now, with Prescott out for at least a second game, the odds have the Giants as home favorites, but not by much.

“The guy can run six inches off the ground.” Chris Long has won two Super Bowls and is in total awe of the Cowboys LB’s skill, and he’s pissed at Madden. | From @KDDrummondNFL 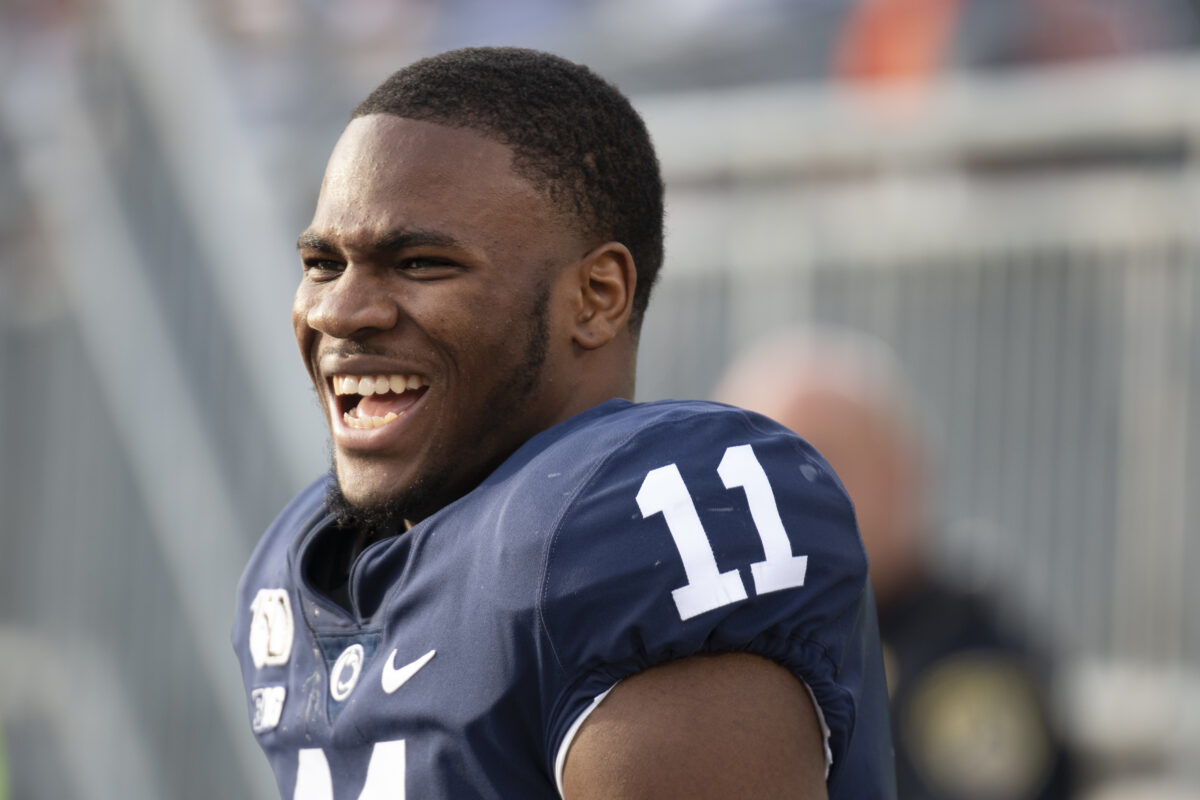 Everyone in the world thinks Cowboys LB Micah Parsons is an incredible athlete and one of the best players in the world. The media thinks so; he was the NFC defensive player of the year as voted by 101 national media members and came in second in defensive player of the year voting conducted by the Associated Press. His peers thinks so, he was rated as the top linebacker and No. 16 overall in the (admittedly flawed) NFL top 100. Everyone thinks so, except for EA Sports and Madden’s rating czar.

Parsons is going through a bit of rookie hazing in that the only licensed NFL video game, and therefore most popular by default, is given just an 88 overall rating out of 99. On Tuesday, Parsons put out a plea for fans and game players to reach out to EA Sports to petition for a serious upgrade in his ratings. A surprising figure stepped up to the plate, and then some. Not only did former Eagles DE Chris Long call in, he filmed it (live on his podcast of course) and let them have it for so woefully underestimating Parsons’ ability.

“You guys are a bunch of idiots,” he starts. “He’s 10 points better than anyone else on that team,” he continues. “What are you guys smoking over there?” he wonders about the low rating. “I mean, Micah Parsons is an alien. Ankle flexion, ever heard of it?” he quipped. “Guy can run six inches off the ground.”

“How bout the spin move that he put on Joe Haeg the other night?” the exasperated fanboying continued.

Sorry @eagles fans I had to go to bat for the enemy on this one @MicahhParsons11 @EAMaddenNFL @Beau_Allen | @greenlight | @WynnBET pic.twitter.com/ma9xfXP6pb

When an Eagles favor comes to your defense, you know what the deal is. Parsons is clearly one of the NFL’s best and everyone knows it. But the czar. 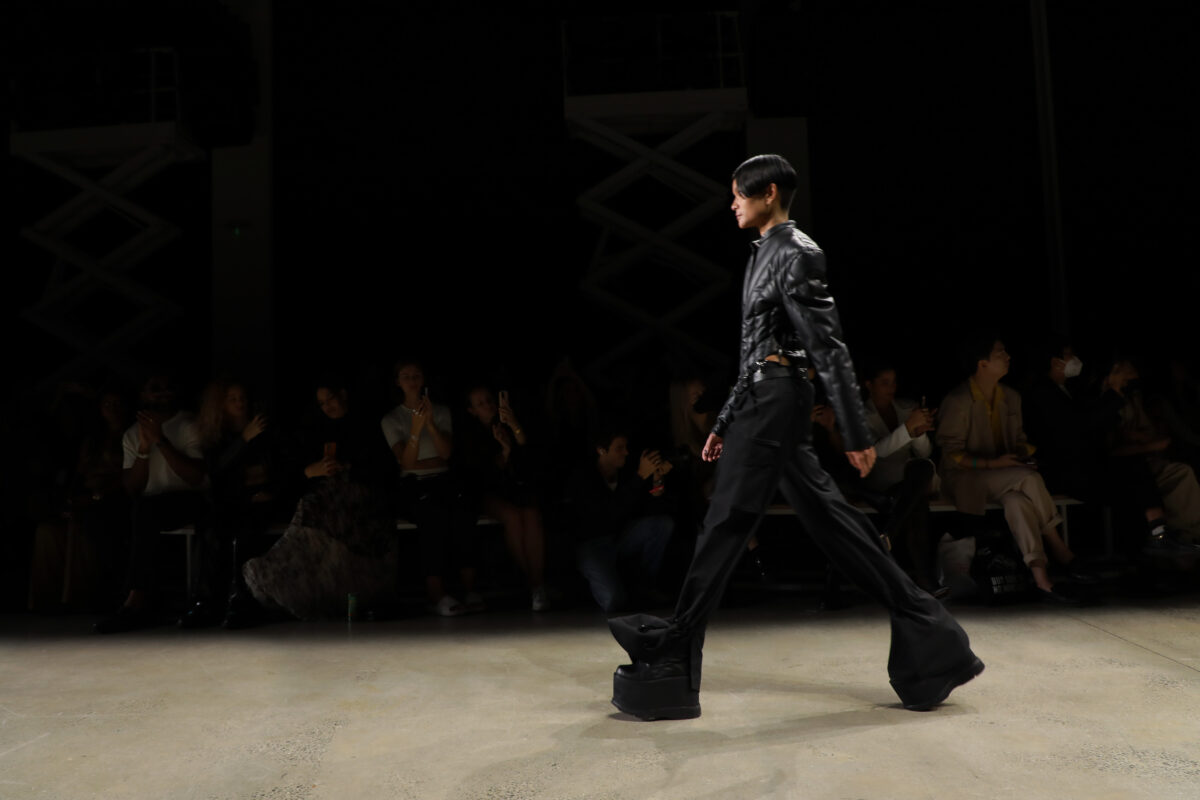 Highlighting one fantasy football sleeper from each NFL team. 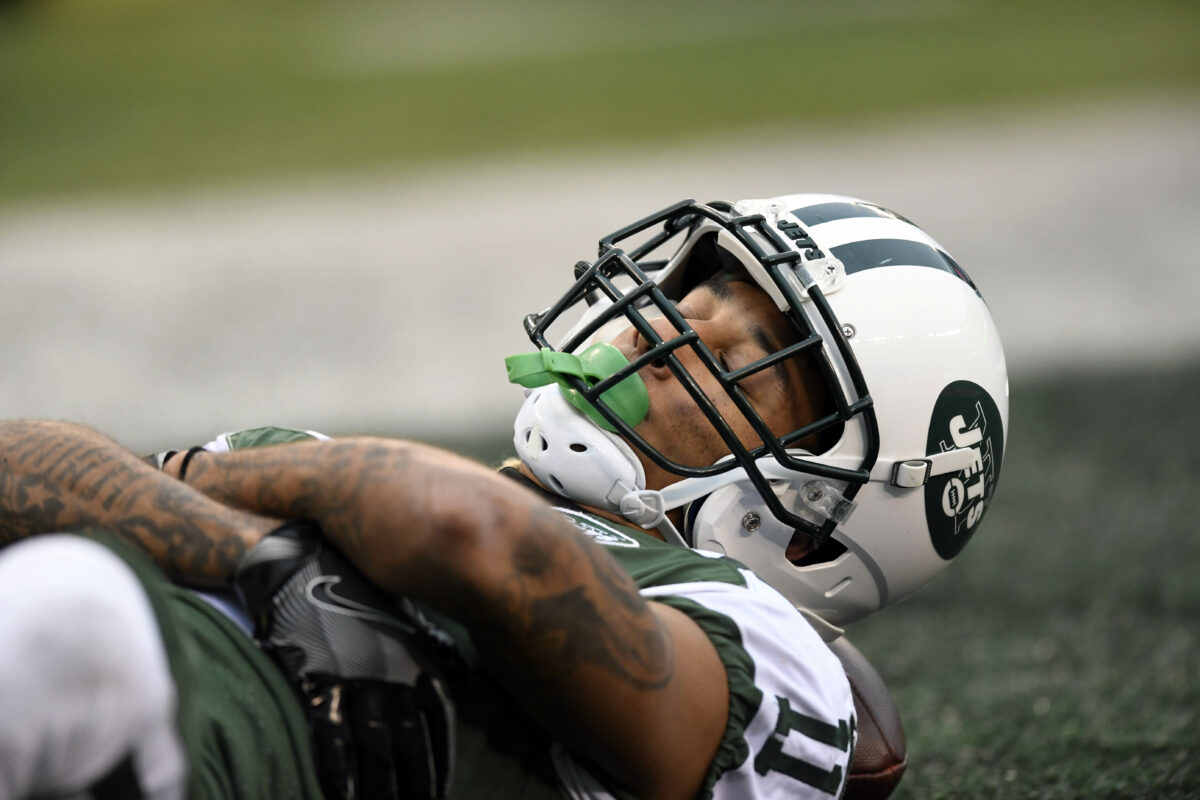 The NFL fantasy football is upon us, which means it’s time to start assembling your roster in hopes of winning your league.

There’s a lot that goes into winning a fantasy football championship, including team managers finding some hidden gems in the later rounds of the draft. There are some players who are being slept on that have the potential to develop into weekly starters on your fantasy team, which could mean the difference between going far in the playoffs and a quick exit.

We’ve rounded up our NFL Wires editors to find one sleeper from each NFL team that could help you win your league at a bargain price. 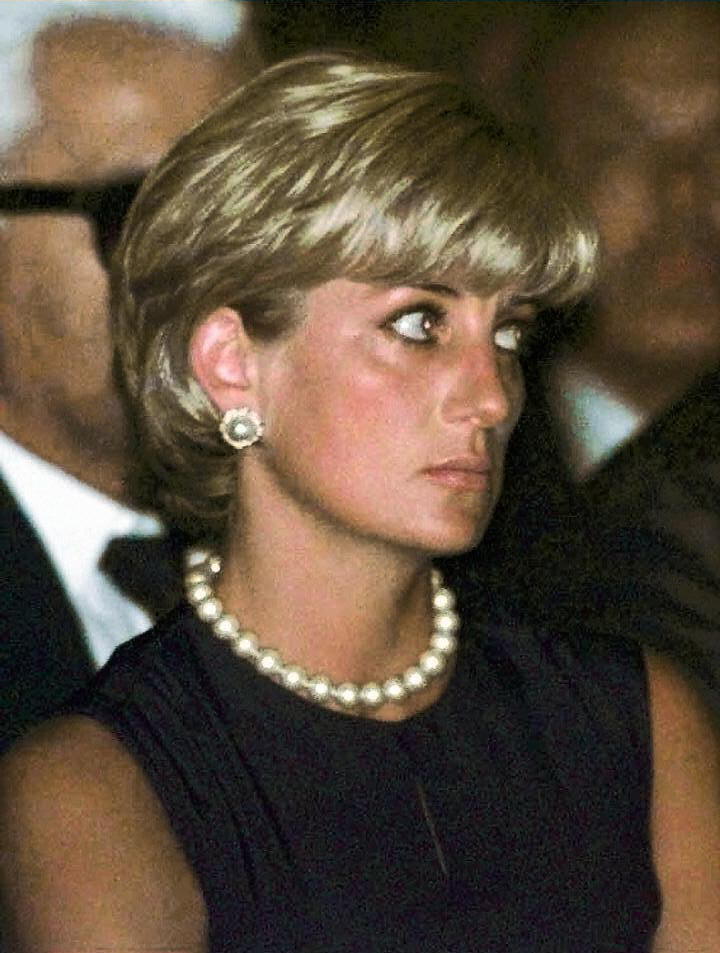