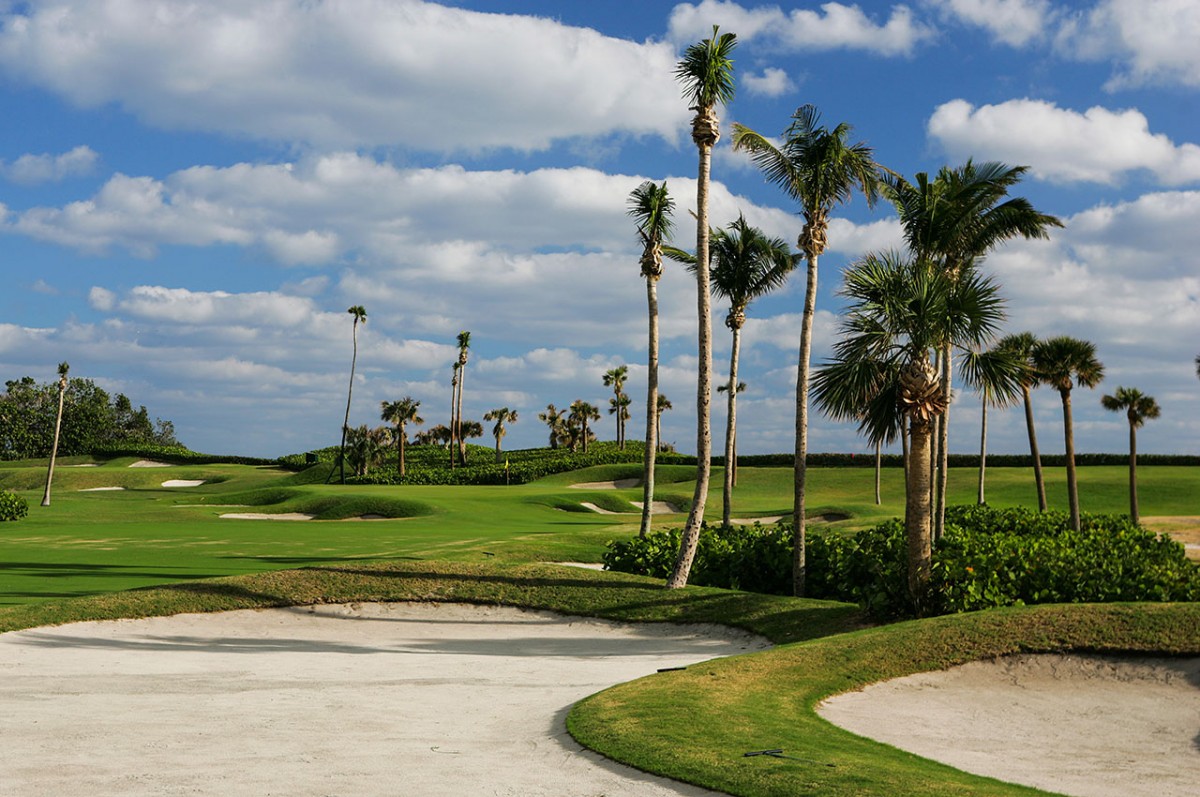 Well, Seminole joins St. Andrews and the National Golf Links of America as one of the three most misunderstood courses in the world.

To Seminole’s true believers, anyone who doesn’t “get it” is somehow willfully ignorant of the course’s obvious charms. To those who have been but left unimpressed, defenders of this haven of Florida golf are yet another in a Kool-Aid drinking band of elitists. Or worse.

As a consequence, Seminole, the National and the Old Course stand apart as the most commonly overrated – and underrated – golf courses in the world.

Fortunately, we can all enter the debate May 17 when the curtain is lifted on this most private of golf clubs, bringing Seminole to television for the first time with the TaylorMade Driving Relief charitable match between Rory McIlroy, Dustin Johnson, Rickie Fowler and Matthew Wolff.

From our point of view, Seminole – in Juno Beach, Florida, and site of the 2021 Walker Cup – should not be considered among the most admirable courses in golf simply because of its mystique or exclusivity. The whispers of greatness that follow such reputations often obscure their true merits.

Seminole is admirable and worthy of study because Donald Ross, helped by several other architects since 1929, offers for us today a course in the swamps of Florida very much like St. Andrews and the National in that: 1) it is remarkably easy for a group of average golfers to get around quickly, while 2) being remarkably difficult for an expert in that same group to get the ball into the hole quickly.

That is the holy grail in golf design, and Seminole achieves it. Few others do, though many more should.

Seminole is also a place that honors its name as a club. Like many of the celebrated clubs in American golf, if you’re not a member there’s a good chance you many not feel as comfortable as you think you should when crossing a threshold so many speak of in hushed tones. But for those members who call it home, there may be no greater comfort in their golfing lives.

Is that not the purpose of a club?

When it comes to Seminole, endorsements or reservations fall into two separate camps: golf and culture. Often we confuse the two.

If the cultural choices made by generations of club leaders float your boat, all the better. If, on the other hand, those choices make you feel uneasy, you have our sympathies. But those are social choices, not golf choices.

We are here to talk about what makes playing golf at Seminole worthy of admiration. Though the names on the locker room honor boards are indeed impressive.

Some of our happiest rounds at Seminole happened on crisp winter mornings, playing in a 2-ball with a former club champion as our opponent. We shared one inscrutable caddie. Two hours and 45 minutes later, at the peak of the Florida golf season, we finished our matches and never felt rushed. We think the other may have won. We have no idea what either of us shot. It was great fun.

If you’ve ever played golf in the homeland of Scotland, England or Ireland, this is a familiar experience. If you’ve only played in America, it may feel foreign. This is not the time to suggest which is right.

Seminole’s routing is vaunted, and rightly so. Many Golfweek course raters, not to mention readers, ask: What is “routing,” and why is it such a big deal?

There are three well-documented natural elements in play at Seminole on an otherwise unremarkable site: two parallel ridges running north-south, separated by a low swamp.

What similar natural features does your home course have? Can you see them? Or are they hidden, waiting to be revealed?

Many courses have impeccably maintained turf, artistic bunkers and greens that take a lifetime to learn. Seminole has all this, too, but it is the two ridges that make the secret sauce.

The western A1A ridge goes further: Seven greens. Eight tees. And two of the best par-4 holes in golf, Nos. 4 and 6. Even better.

Folks, that’s 15 of the 18 holes that touch either of the two ridges, with a big swamp in between, constantly changing the angle of direction. That’s routing.

The phrase “Simplicity is the ultimate sophistication,” has been attributed to many authors. At Seminole it applies.

The focus is on golf and nothing but golf, though some cultural choices may lead one to think otherwise. On this compact (and increasingly valuable) sliver of land next to the Atlantic Ocean in Palm Beach County, every square inch is devoted to golf.

Yes, the clubhouse is a design marvel by Addison Mizner. Yes, there is a swimming pool, though nobody has ever been seen enjoying it.

Everything a golfer may want or need in a golf club is on offer at Seminole. Yet many of the amenities we American golfers have become convinced are necessities seem to be lacking. This can be disconcerting or comforting, depending on your education in golf.

At Seminole, if your partner is in for par and you have a bogey putt that doesn’t matter, you know instinctively to pick up. It’s not about your score, it’s about our game.

Yet Seminole requires patience, even if it seems like an inconvenience at times. Wait for the valet to take your car after crunching the crushed stone in the parking lot. Wait for your member to accompany you to the practice tee, let alone the first tee. Wait to hear from your caddie before you read the line on the greens.

Fast play, yes, but good things come to those who wait, they say. Not one of us is above the game’s mysteries, especially at Seminole.

We can’t wait to watch, and enjoy, one of the world’s Top-3 most misunderstood golf courses on May 17. We hope you do, too.