Former Steelers linebacker Ryan Shazier talks about the Rams trade to the Broncos for Von Miller. 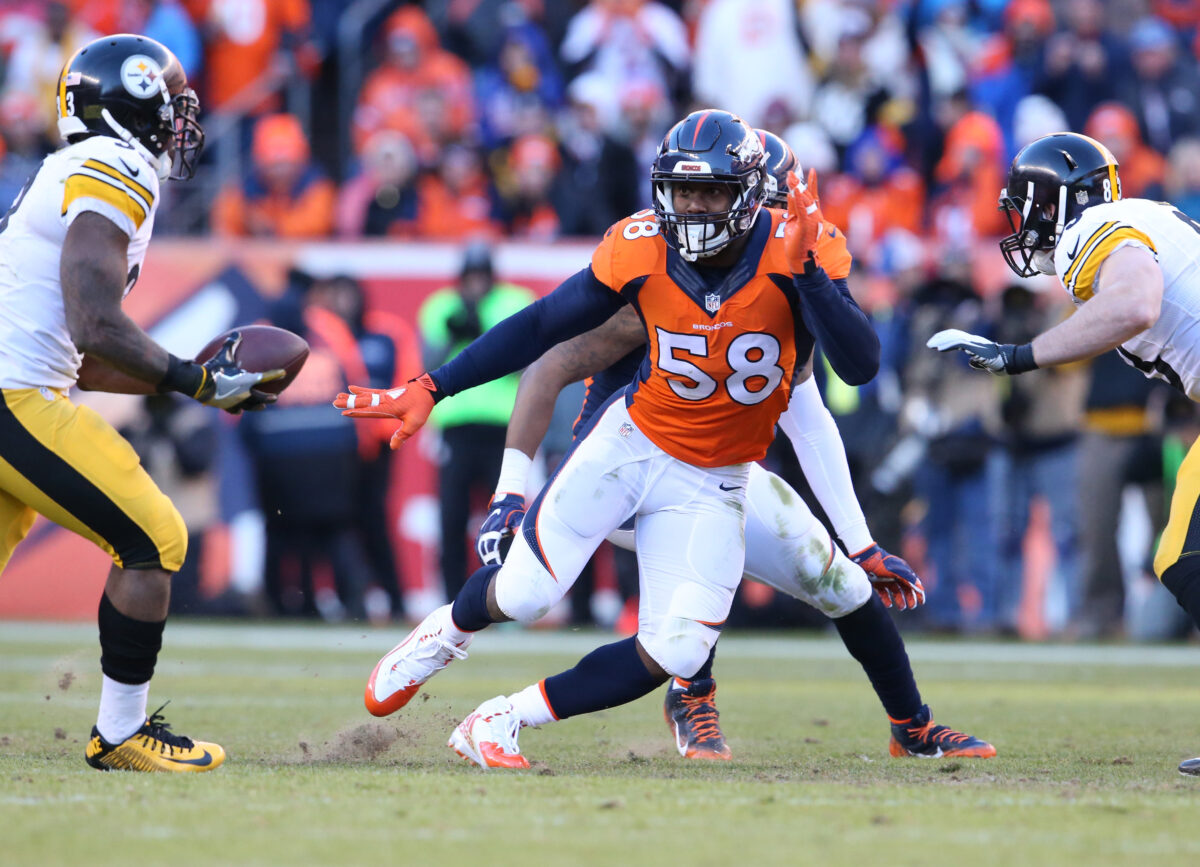 In exchange for Miller, the Rams agreed to trade 2022 second- and third-round draft picks to the Broncos.

“The Rams do a good job of tricking everybody into the trades that they want,” Shazier said with a laugh.

A big trade by the Rams this offseason involved the acquisition of quarterback Matthew Stafford from the Detroit Lions.

“They’re pretty much going all-in on winning the Super Bowl this year. I think they have the team to do it,” said Shazier. “Von is a playmaker and to have him and Aaron Donald on the same D-line is not fair. With Jalen Ramsey in the back — that’s a Pro Bowl team.”

Shazier is happy for Miller, especially knowing his new team gives him a legit shot at a Super Bowl.

“I think it’s awesome for Von,” he said. “Denver understands they have a young team, they’re not going to win the Super Bowl this year. With Von coming to the end of his career, I think the Broncos are trying to give him the respect of sending him to a team that’s good.”

“It’s a win-win for everybody.”

Shazier’s football career came to a sudden halt on a routine play versus the Bengals on Dec. 4, 2017. He suffered a devastating spinal cord injury which left him paralyzed. Today, he’s a walking miracle.

“Walking Miracle” will be available on November 30.

Ryan Shazier made an emotional speech on social media to announce his retirement from football. 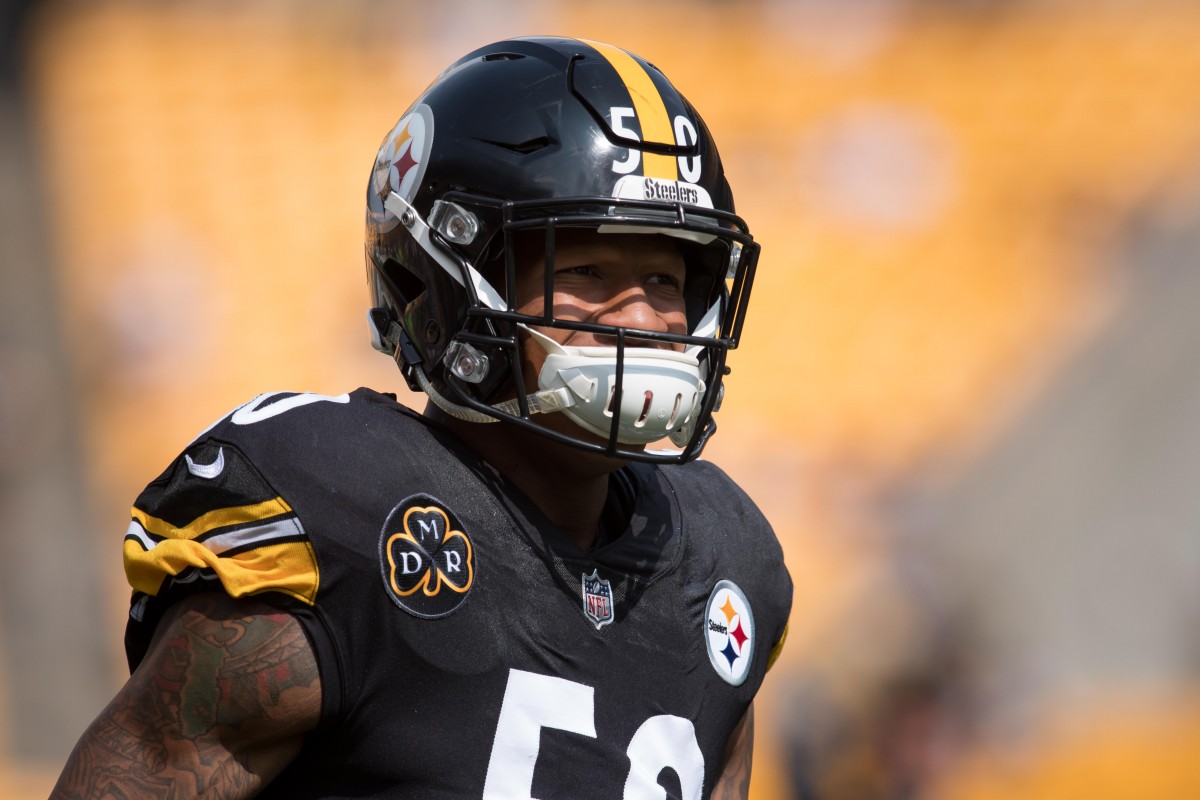 “Football gave me everything I ever wanted and more … I’m here today to make sure the world knows how much I still love football. … Today I am officially retiring from the game I love so much.”

“When you play the game of football the way I did, you convince yourself you’re Superman. That nothing can stop you, but then the moment I got hurt, I stopped being Superman.”

Shazier, the Steelers 2014 first-round draft pick out of Ohio State, had a tremendous career cut short in one devastating and life-altering moment.

On Dec. 4, 2017, Shazier suffered a spinal cord during a Monday Night Football game against the Cincinnati Bengals in Week 13. On Cincinnati’s first possession of the game, after a tackle on a Bengals receiver, Shazier went to the ground clutching his back. What looked to be a standard football tackle became anything but when Shazier laid motionless on the field.

After several minutes of being attended to by medical staff, Shazier was carted off the field on a backboard and taken to a Cincinnati hospital. There began the process of a lengthy journey back to health.

On Jan. 4, 2018, Shazier’s father shared that his son had regained feeling in his legs. According to Stephen J. Nesbitt of the Pittsburgh Post-Gazette, Shazier had been told by doctors that he had less than a 20 percent chance to walk again.

Shazier took that as a challenge and persevered. Just three months later, he walked for the first time in public to announce the Steelers first-round draft selection — where his name had been called four years earlier.

That summer, Shazier made an appearance at the Steelers annual Friday Night Lights practice and was able to walk unassisted onto the field.

Today was a great day. The team had a wonderful practice. But I also got to enjoy the fans‼️ If you were able to make it to the stadium, here if a little bit of what happened‼️ I promise you the lord is not done working yet‼️ 🤫🙏🏽💯 Keep Shalieving 5️⃣0️⃣ #shalieve🙏 pic.twitter.com/LHiRXHa5gN

Shazier fought a brave and enduring battle toward recovery. There were even moments when Steelers Nation thought he might return to the game.

“My dream is to come back and play football again,” Shazier said in a June 2018 press conference. “I’ve been working my tail off every day, and I have that in the back of my mind every day I go to rehab.”

Shazier made an inspirational return to Paul Brown Stadium, the scene where the injury occurred a year earlier, and could often be found on the sidelines coaching linebackers. The team stood by Shazier and, despite the odds of a return, kept him under contract the past two seasons.

In March, the Steelers announced Shazier had been placed on the reserve/retired list, ultimately ending his playing career.

Last week, the Steelers former linebacker said he was taking his life in a different direction. Shazier would no longer be part of the Steelers organization in an official capacity.

Ryan Shazier was the epitome of a Steelers linebacker, and his contributions as a player, coach and mentor will never be forgotten. Superman he was, and always will be, for the Pittsburgh Steelers.

Steelers Wire wishes Ryan all the best in whatever the future brings!