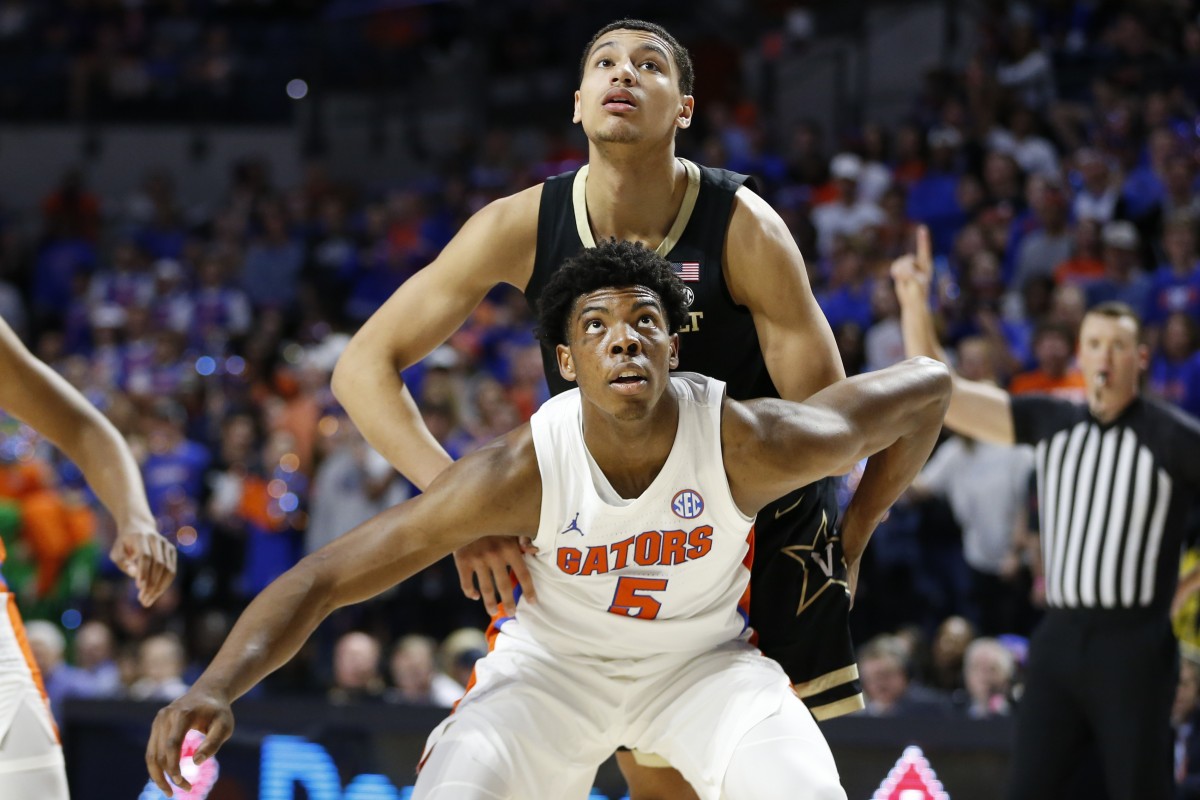 The first of the Gators’ six departing players has found his new home. Center Omar Payne, who entered his name into the transfer portal last week, announced via his Twitter account that he has committed to play for the Illinois Fighting Illini next season.

Payne, a high end four-star player from the 2019 recruiting class, played in Gainesville for two seasons. He seemed like a coup at the time – he was the best big man Florida had managed to reel in from the high school ranks in some time. Reality wasn’t quite so kind to Payne, who struggled to score or play effective defense in Florida’s system, which was never a good fit for his style of play.

In his two years as a Gator, Payne averaged 3.8 points in approximately 15 minutes of play per game. That clearly isn’t living up to his billing as a top 50 recruit, and he’s an obvious candidate to benefit from a coaching change. It also can’t hurt to take a small step down in the level of competition he’ll be facing on a regular basis.

The Illini are taking on a project by rostering Payne, but it’s not a particularly risky choice on their part. Illinois’ offense is safe in the hands of center Kofi Cockburn, whose skills are sufficient to be a monster in the college game but haven’t quite propelled him into serious NBA consideration. Payne is poised to fill a backup role to Cockburn, hoping to learn from and mirror the fellow big man’s emergence on the NCAA scene.

There’s still plenty of time for the former Gator. With three years of eligibility remaining, he’s putty in the hands of the Illinois coaching staff. He just needs to allow himself to be molded.

We here at Gators Wire offer Payne a big thank you for his contributions to the program and wish him the best in his future with Illinois.