On Sunday at the Academy Awards, Matthew Cherry became just the second pro athlete to win an Oscar for “Hair Love.” The late Kobe Bryant won one in 2018 with his animated short “Dear Basketball.” 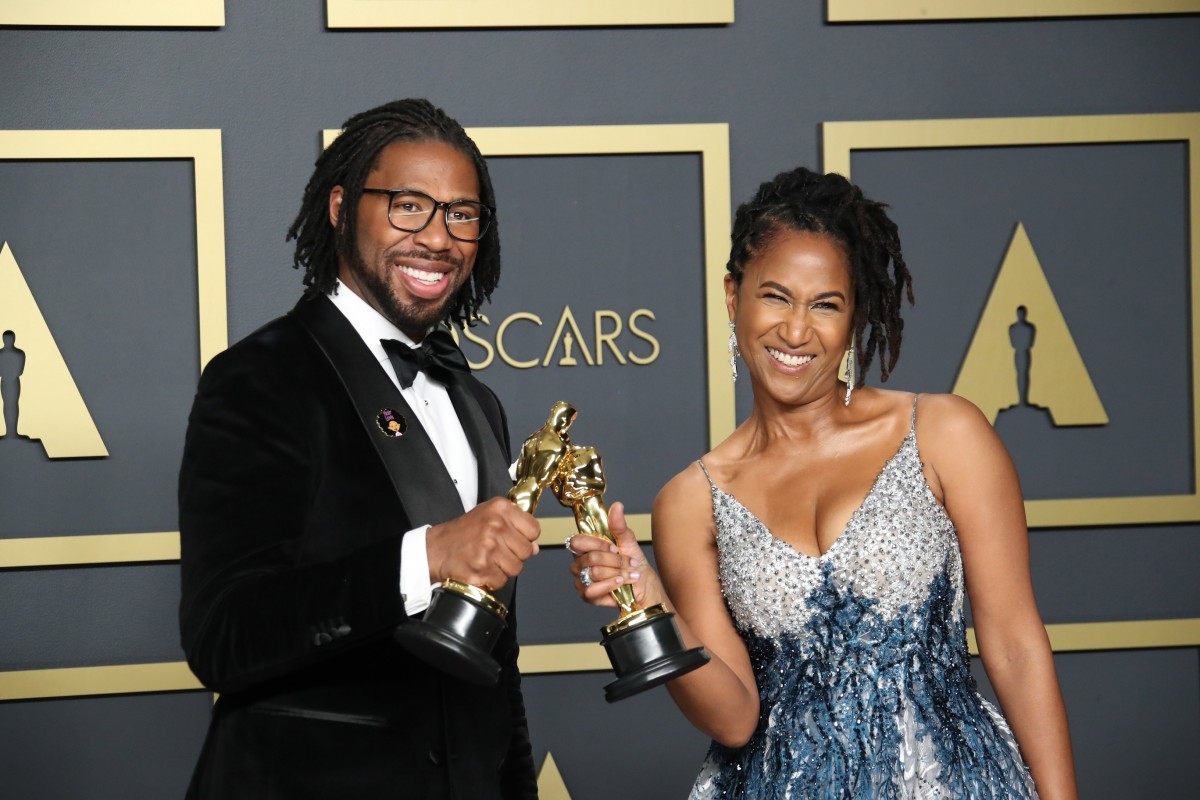 Matthew A. Cherry, a former NFL wide receiver who had exactly zero receptions during his career as he bounced around from team to team, reinvented himself and the reward for that was an actual award, a big shiny gold one on Sunday: An Oscar for the animated short film “Hair Love.”

Cherry wrote and directed the short, about an African-American father attempting to style his young daughter’s hair for the first time.

The film was produced after a 2017 Kickstarter campaign and was also released as a children’s book in May 2019, with illustrations by Vashti Harrison.

Cherry becomes just the second pro athlete to win an Oscar. The late Kobe Bryant won one in 2018 with his animated short “Dear Basketball.”

“’Hair Love’ was done because we wanted to see more representation in animation,” Cherry said after accepting the award with Sony Pictures Animation executive Karen Rupert Toliver. “We wanted to normalize black hair. There’s a very important issue that’s out there, the CROWN Act, and if we can help to get this passed in all 50 states, it will help stories like DeAndre Arnold’s — who is our special guest tonight — stop to happen.”

The reference to Arnold, who attended the Oscars as Cherry’s guest, is this:

The speech was powerful and, naturally, included a shout-out to Kobe.

"We have a firm belief that representation matters deeply" Congrats to Hair Love for taking home the Oscar for Best Animated Short Film. #Oscars pic.twitter.com/SJXZXPGXLf

Cherry called his shot back in 2012. How confident is that?

I'm gonna be nominated for an Oscar one day. Already claiming it

Any 3D artists follow me? I got an Oscar worthy short film idea to go with this image. Get at me 😳 pic.twitter.com/aj5IAzisJn

You can watch the Oscar-winning short film below.

Finally, here are Cherry’s sweet tweets after the ceremony:

What would have been my full speech. #Oscars pic.twitter.com/qeL43gqK0k

Didn’t really have a chance to get home before I went to set so I had to bring him with me. Day 1. #Mixedish pic.twitter.com/55wLCGWCy3