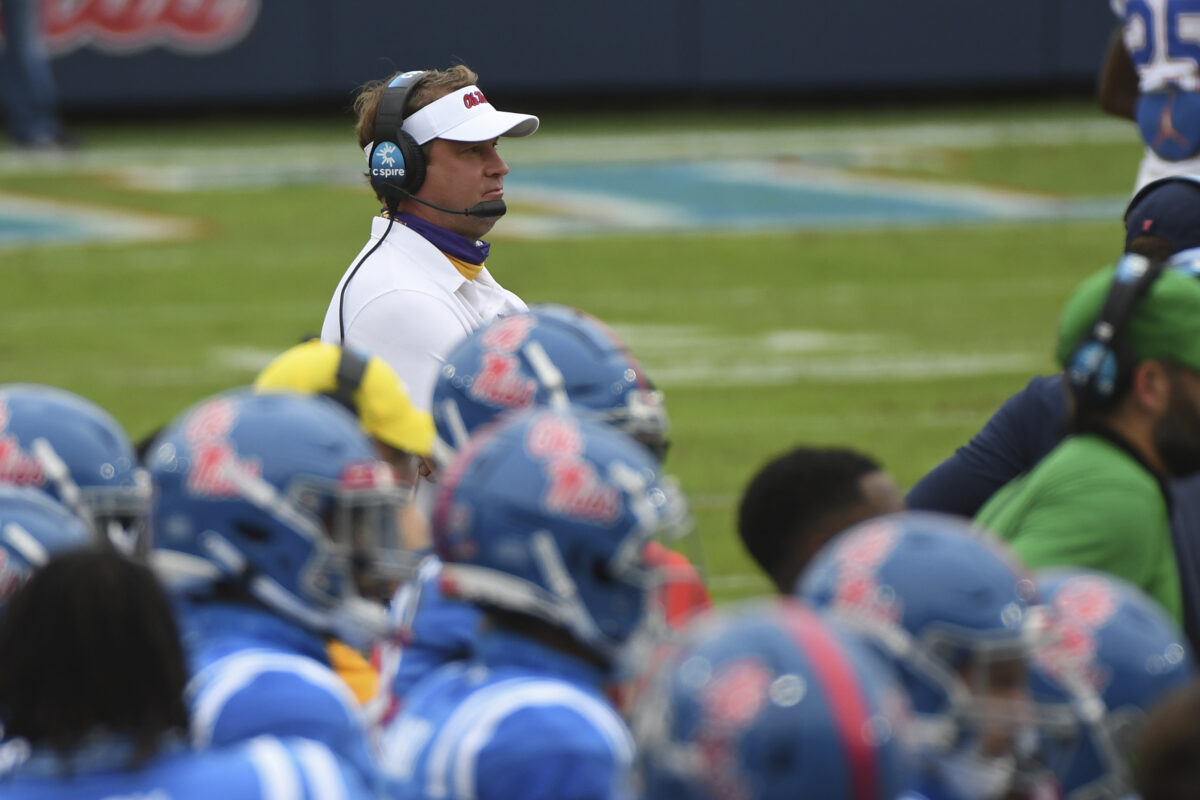 Here comes Lane Kiffin from the rafters: the Ole Miss football coach has always been eager to troll fans on Twitter whenever a high-profile coaching search kicks off, but he’s usually stuck to inspiring speculation at the college level. But now he’s made the jump to the NFL and shared some photos to get New Orleans Saints fans all discombobulated.

First, Kiffin posted a photo from a private airplane cabin showing a flight tracker bound for New Orleans. It’s the perfectly ambiguous almost-something that he’s made into his trademark online. See it for yourself embedded below:

But he wasn’t finished. Kiffin circled back a bit later with another photo, this one showing a “Who Dat Nation” sign posted in a window. Where he found this is anyone’s guess, but it continues his fun dig at the whole social media news speculation apparatus. It’s his way of having fun with this process and implying he’s a candidate for the job without actually saying anything. So don’t read into it.

Twitter melts down upon news of Sean Payton’s sudden retirement 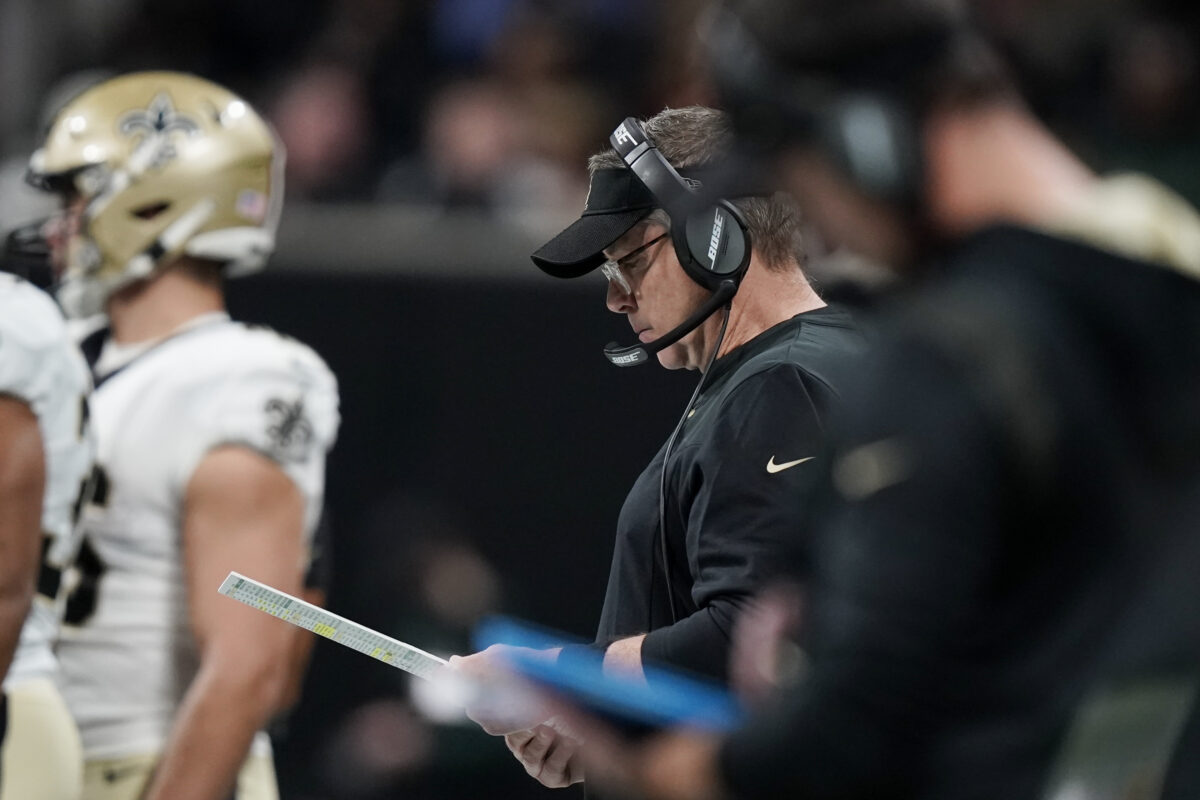 Reaction from fans and media on social media crossed the board when news broke of longtime New Orleans Saints head coach Sean Payton stepping away from his post on Tuesday. Whether they were looking to the future, the past, or the chaotic present, everyone has an opinion. Here’s what they’re saying: 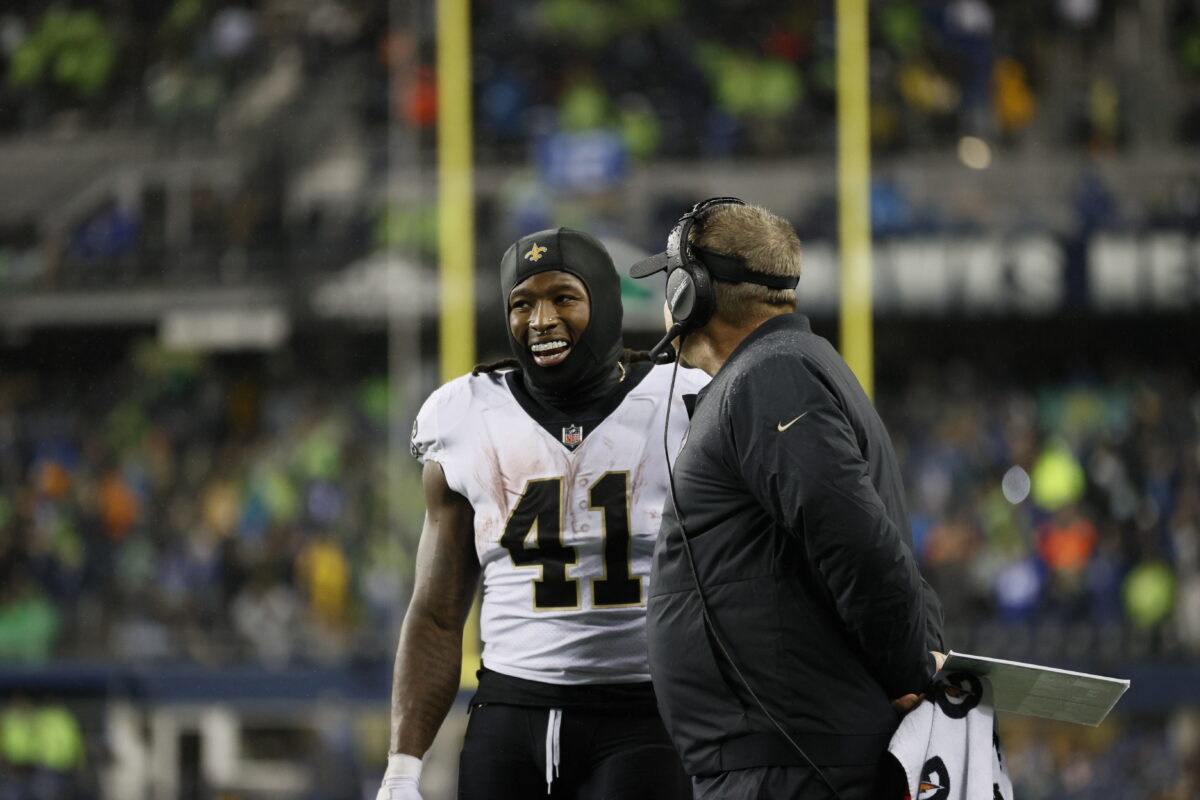 I’m not 100% committed to putting ketchup on my fries tonight…. @FletcherWDSU with more later on tonight

Let’s count Alvin Kamara in the camp not sweating Sean Payton’s commitment to working with the New Orleans Saints this year. After a report from NFL Network’s Ian Rapoport said Payton had not verbally, 100% committed to returning to New Orleans for the 2022 season, Kamara issued his own statement making light of the whole situation on Twitter.

“I’m not 100% committed to putting ketchup on my fries tonight,” Kamara wrote, advising fans to turn to WDSU’s Fletcher Mackel for details on his dinner plans later that evening.

Maybe there’s more smoke to this fire than the reactions of Kamara and Saints owner Gayle Benson would suggest, but it sure doesn’t sound like either of them are worried Payton might be about to ride off into the sunset. Obviously it’s a developing situation, so be sure to watch this space for movement in the days ahead.

The Saints sent Thomas Morstead a king cake before facing him in Week 18’s Falcons game: 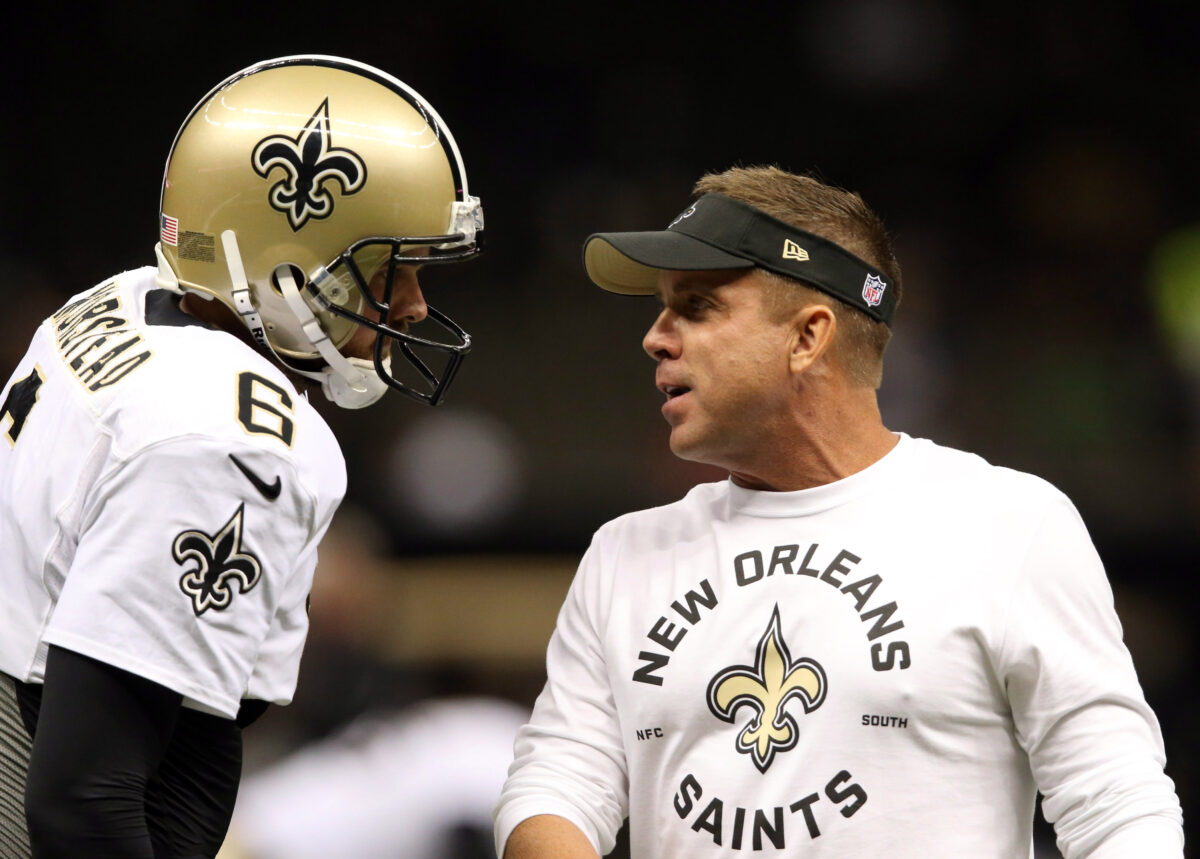 Now that’s sweet. The New Orleans Saints embraced Carnival season by gifting their former punter Thomas Morstead a king cake — from Manny Randazzo’s, no less — just before their Week 18 game with Morstead’s unfortunate Atlanta Falcons. The longtime Saints standout has caught some flak from fans in New Orleans after going turncoat and signing with their most hated rival, but the team wants it known that there’s no hard feelings.

Morstead shared the delivery of his king cake from the Falcons training facility, along with a note calling him an “Old Friend” with hopes that he’ll set a new personal best for the most punts in a single game on Sunday (for the curious, his career-high has been 10 punts in a 2015 Saints win over the Indianapolis Colts, 27-21). The Saints are visiting Atlanta and badly need a win to remain in playoff contention. Frustrating the Falcons offense and getting Morstead on the field early and often to punt the ball away would do a lot to help.

But they had better be careful about what they’re asking for. Morstead just won recognition as the NFC Special Teams Player of the Month for his efforts, regularly pinning opponents deep inside their own territory. New Orleans doesn’t exactly have the firepower to cross the field too often. Maybe Morstead can take it easy on them?

Cameron Jordan stepped in for Demario Davis and Kwon Alexander to lead the Saints pregame huddle before kickoff with Miami: 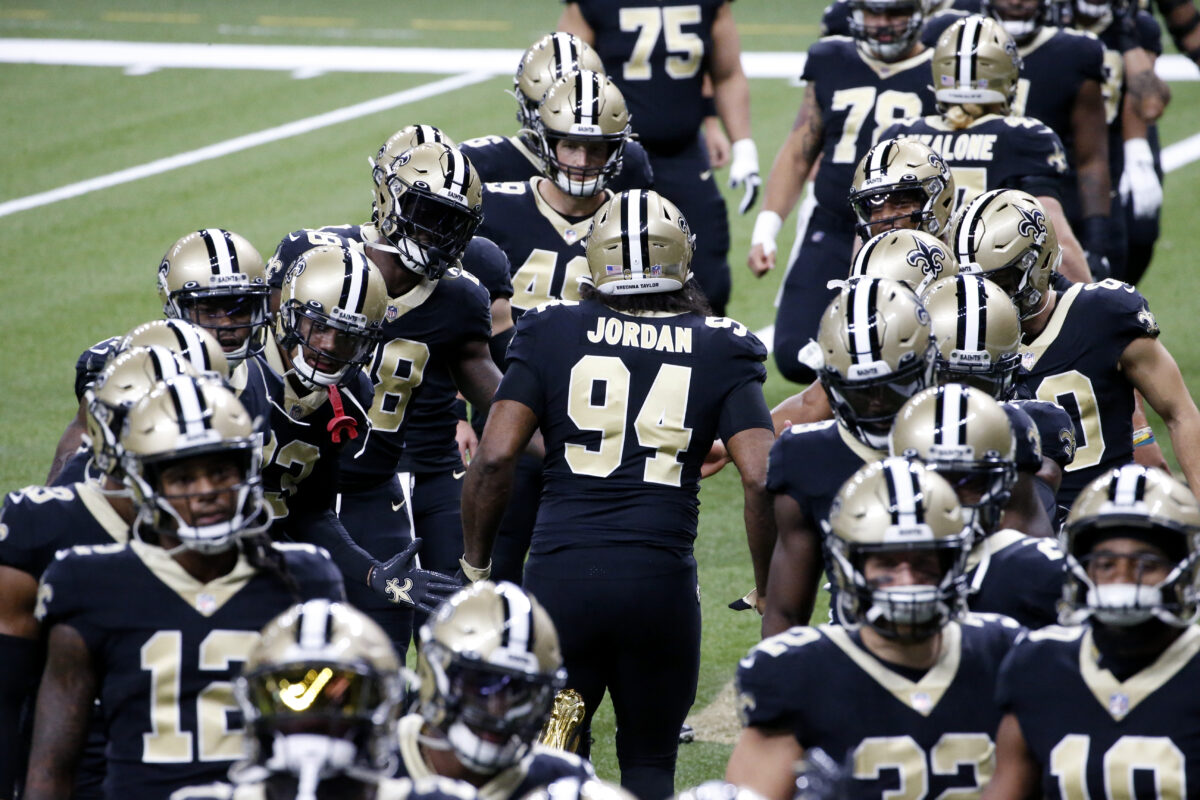 The pregame speech has become an important ritual for the New Orleans Saints over the years, with Drew Brees’ weekly speeches giving way to Demario Davis’ passionate deliveries. But neither of them were available on Monday night against the Miami Dolphins. Davis’ usual partner in the huddle, Kwon Alexander, was unavailable too. So naturally speculation swirled on social media as to who would step into the role.

It ended up being Cameron Jordan. Regularly voted a team captain, Jordan has been known for leading by example rather than by his words — he’s funny and charismatic but isn’t really a rah-rah “rally the troops” kind of guy. So it was surprising to see him address his teammates in the Caesars Superdome end zone, which we’ve embedded above.

Let’s hope his message resonates. The Saints need all hands on deck to handle the Dolphins after losing dozens of players to the COVID-19 reserve list. If they’re going to come away with a win, it’ll be because Jordan and those around him made some game-changing plays. 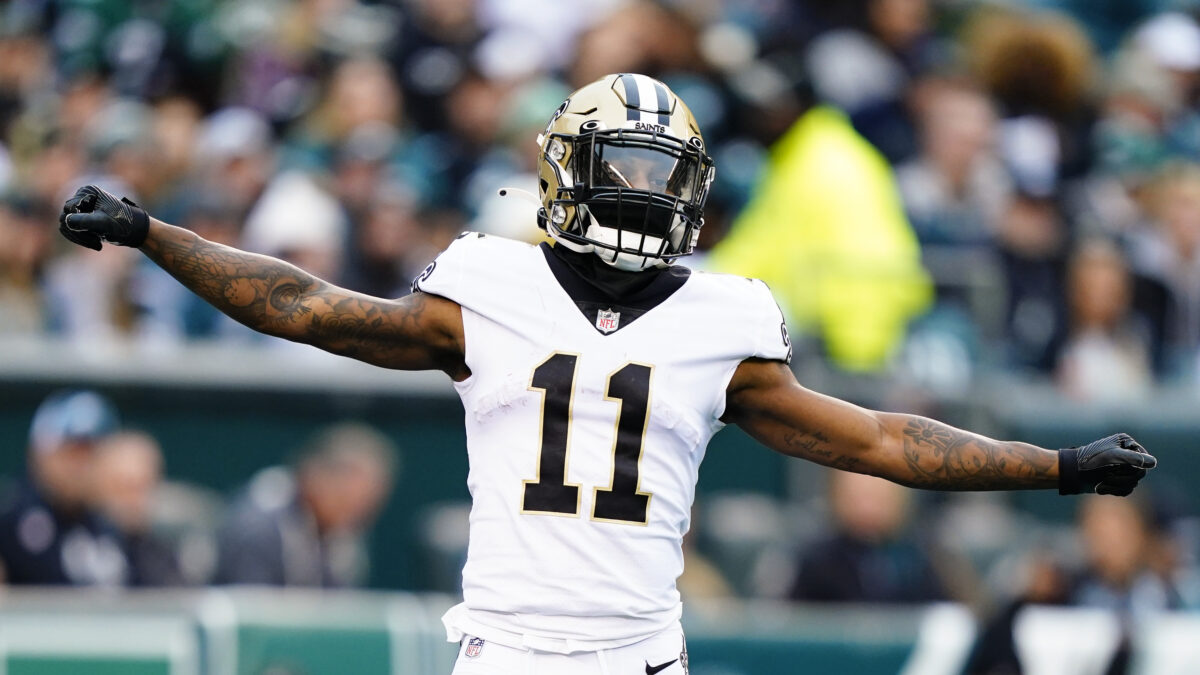 New Orleans Saints All-Pro returns specialist Deonte Harris gave his stepfather a great Christmas gift on Saturday, announcing from his official Instagram account that he has legally changed his name to Deonte Harty. A sergeant in the Baltimore Police Department, Marlon Harty has been in Deonte’s life since he was 7 years old. Now he’s making a permanent move to honor someone who’s had a profound impact on him.

It’s really cool to see Harty sharing this special moment with his family. He’s had a difficult year, struggling with deaths in the family and his battle with depression, and bottoming out in an offseason DUI charge. He’s serving the final week of an NFL suspension for that arrest now and will rejoin the Saints for their final two regular season games.

And Harty is determined to come out the other side of this stronger. Changing his surname to tighten those familial bonds and illustrate a new direction to take his life is commendable. Saints fans should keep an eye out for No. 11 in next week’s home game with the Carolina Panthers — and be sure to call him Harty from now on, not Harris. 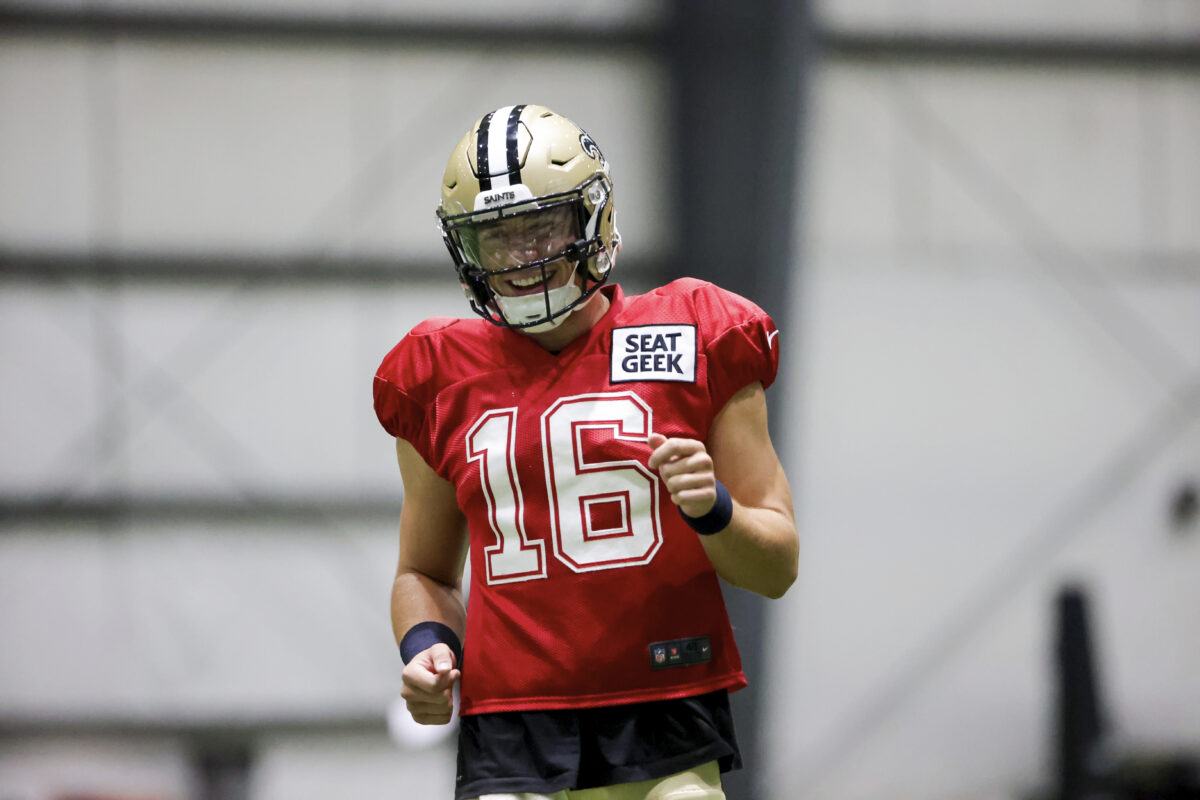 An outbreak of positive COVID-19 test results have sidelined several New Orleans Saints players, including their top two available quarterbacks: neither Taysom Hill nor Trevor Siemian will be available against the Miami Dolphins on Monday night, meaning rookie draft pick Ian Book will get his first career start.

And that drew a range of reactions on social media from fans of the Saints, Dolphins, and Book’s old Notre Dame Fighting Irish. Here’s what people are saying ahead of the rookie’s big-stage debut:

C.J. Gardner-Johnson gets one more dig in at Tom Brady’s expense on Twitter, looking for a new Microsoft Surface tablet for ‘a friend’ 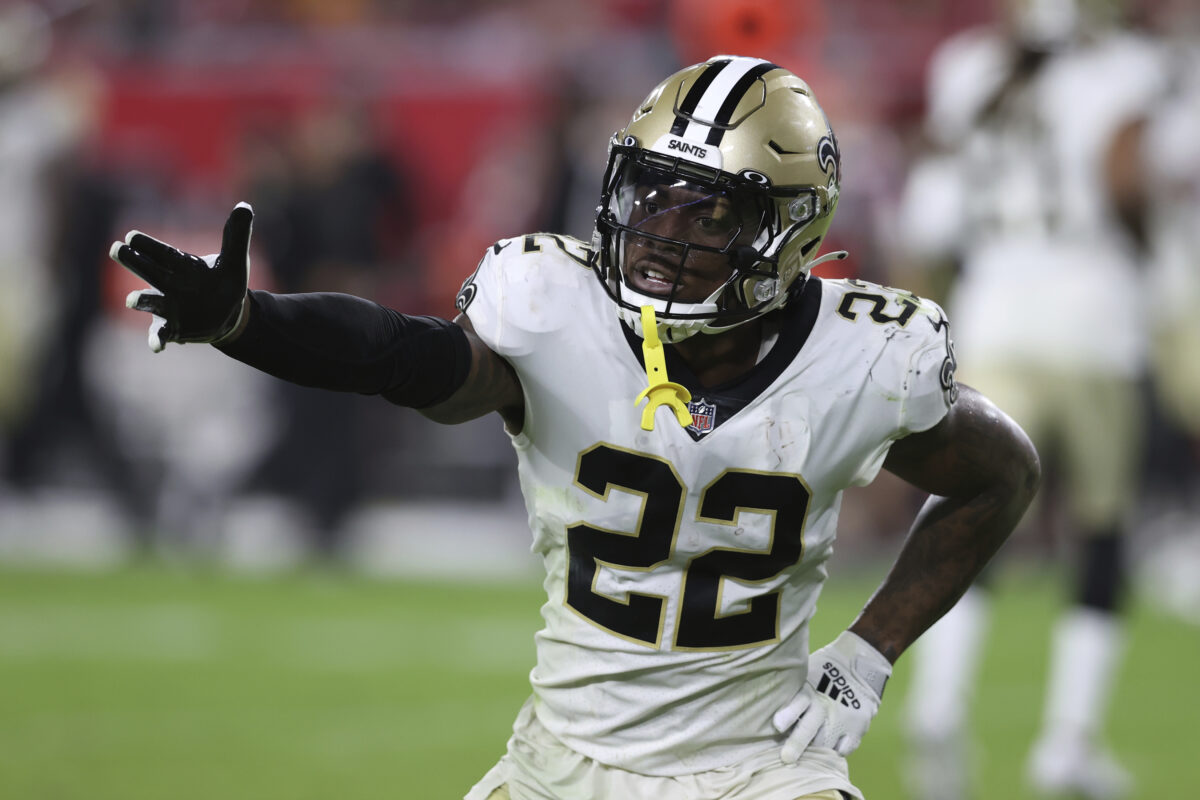 Hey @Microsoft @surface , can y’all send me a new Surface Tablet? I need to give it to a friend who broke his. Thank you and Merry Christmas 😇

Thank goodness for C.J. Gardner-Johnson. The New Orleans Saints have the best instigator in the NFL on their side, and it’s a role the third-year defensive back actively embraces. Gardner-Johnson’s latest target has been Tampa Bay Buccaneers quarterback Tom Brady — who he intercepted in Sunday night’s big upset.

Gardner-Johnson and his teammates frustrated Brady so badly that he ended up trashing a Microsoft Surface tablet on the Tampa Bay sideline, video of which quickly went viral on social media. And it caught the Saints star’s notice, prompting him to take one more parting shot after sweeping Brady’s team for the second year in a row.

“Can y’all send me a new Surface Tablet?” Gardner-Johnson wrote from his official Twitter account. “I need to give it to a friend who broke his. Thank you and Merry Christmas.”

This is just fantastic content. Gardner-Johnson’s ability to tweak opponents’ noses has evolved beyond the field, traveling past the whistle and onto the digital space. You’ve got to give credit where it’s due for his creativity: 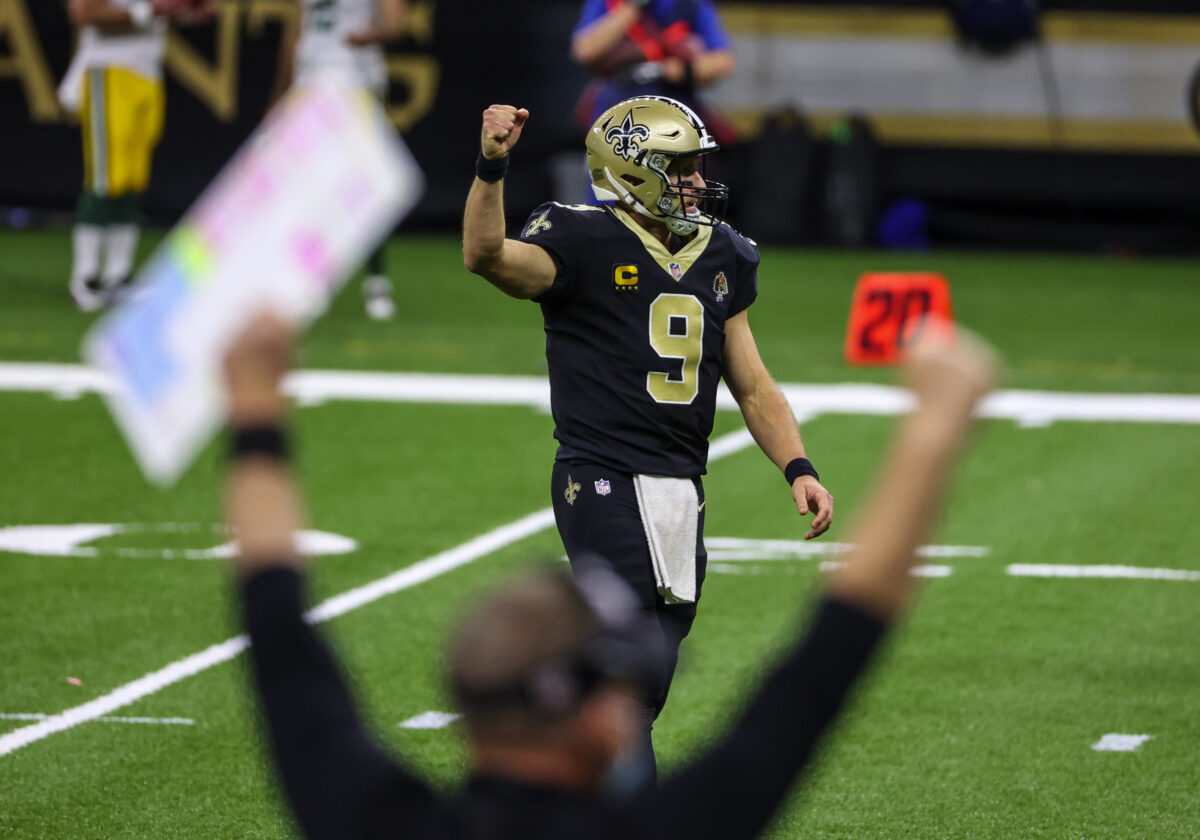 Nobody knew what would happen in the New Orleans Saints’ prime-time game with the Tampa Bay Buccaneers. The team has won games this year without Drew Brees under center at quarterback, and they had won before without Sean Payton working the sidelines as head coach — but this was the first time since the 2005 regular season finale that neither of the Saints’ organizational pillars were at the controls.

And New Orleans won anyway. With Payton watching from home and Brees observing at the NBC Sports studio, they throttled Tom Brady’s Buccaneers for four hours Sunday night and handed the so-called greatest of all time the worst defeat he’s ever been dealt. It was the first time in Brady’s career that he had ever been shut out at home in a 9-0 loss.

So of course Payton and Brees were ecstatic. The Saints coach (away from the team after testing positive for COVID-19) celebrated on Twitter, while Brees offered a callback to his earlier ribbing against all the experts picking Tampa Bay to beat New Orleans last year — something he moved to rectify in the “Football Night in America” pregame show, going against the grain to pick the Saints while everyone else on the panel liked the Buccaneers. See for yourself: 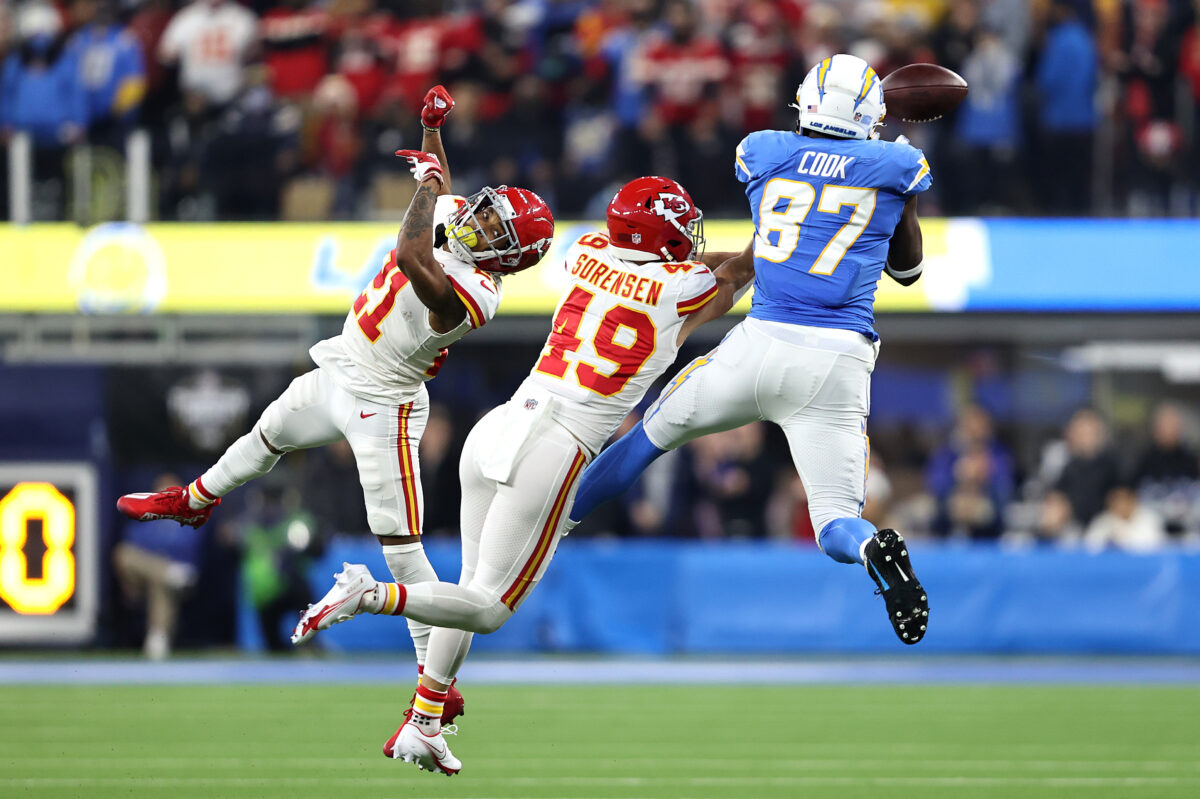 Come on, man. New Orleans Saints fans sent veteran tight end Jared Cook out of town riding a rail, and hoped it was the last of him after a 2020 season filled with dropped passes and fumbled receptions. But Cook followed former Saints quarterbacks coach Joe Lombardi to the Los Angeles Chargers (where Lombardi was hired as offensive coordinator), and he ended up playing a pivotal role in Thursday night’s prime-time matchup between the Chargers and their AFC West-rival Kansas City Chiefs.

And Cook finished that game by catching 3 of 7 targets thrown his way for 32 yards, dropping a crucial walk-in touchdown pass just before halftime. L.A. lost the game 34-28. That brought back a lot of bad memories for Saints fans tuning in for the national broadcast, and they were quick to air their ire on social media: