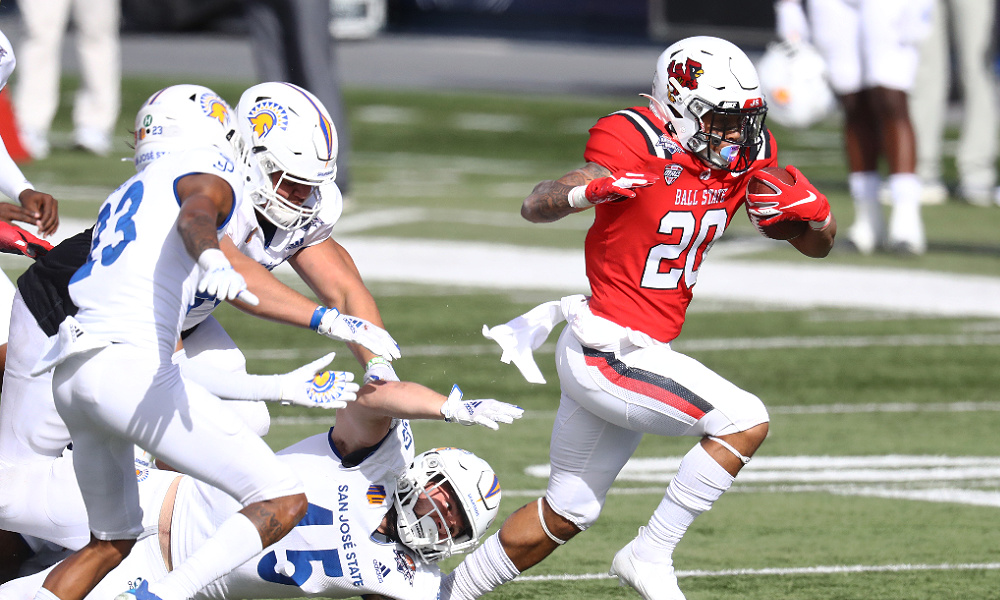 Florida missing a slew of players for the Cotton Bowl against Oklahoma was bad, but San Jose State missing a whole slew of key parts was worse.

Star defensive lineman Cade Hall was out, the offensive line was gutted, both coordinators couldn’t go, and leading receiver Bailey Gaither couldn’t play. Some of the missing parts were known earlier in the week, but the extent of all the key players and coaches that were out wasn’t revealed until less than an hour before game time.

Not to take anything away from Ball State and it’s fantastic performance, but this wasn’t anything close to the same San Jose State that rolled through the season unbeaten winning each game by double-digits.

To go with the comparisons to the Cotton Bowl, obviously Kyle Trask is better than he looked against Oklahoma – he was missing all of his receivers. San Jose State QB Nick Starkel didn’t have a chance without Gaither and a slew of his normal guys to work with. He did what he could, completing 25-of-42 passes for 268 yards and a touchdown, but the …

Starkel threw three interceptions including what was effectively the game-ender less than three minutes in. Antonio Phillips had a bead on the ball, didn’t break stride, and he was off to a 53-yard pick size as part of a 27-0 Ball State first quarter and 34-0 lead. The Cardinals turned it over twice, but the four Spartan turnovers crushed any hopes of making this a game.

7. Nothing was happening on the San Jose State O line

Give credit to a good Ball State defensive line that didn’t have much of a pass rush all season, and didn’t generate much of one against the Spartans, but was able to hold firm against a SJSU running game that had a few good games, but couldn’t get anything working without its normal offensive line rotation. The Spartans ran for just 69 yards and couldn’t settle in after things started to slip away.

NEXT: Top Six Thoughts From The Offerpad Arizona Bowl