For months, scientists and doctors have been researching possible links between COVID-19 infections and increased risk of myocarditis. 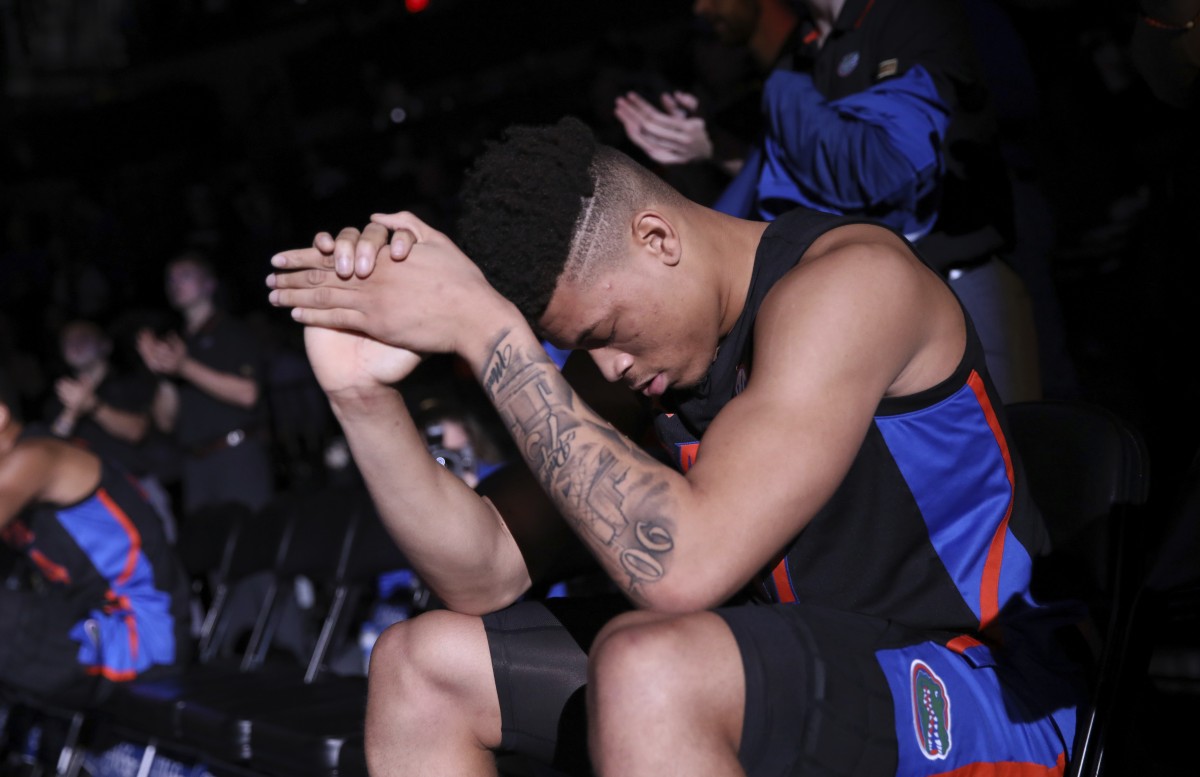 The family of Florida basketball player Keyontae Johnson, who was hospitalized after collapsing on the court Dec. 12, announced Wednesday that doctors reviewing his medical information concluded the heart condition causing the episode was not related to an earlier COVID-19 diagnosis.

“We continue to be committed to sharing any information that could be helpful to others,” Johnson’s family said in a statement posted to the Florida basketball program’s Twitter account. “Our hope is that the experts’ conclusion that this instance is not COVID-related will bring some peace of mind.”

Johnson continues to recover and will not return to basketball activities for at least the rest of this season.

The Gainesville Sun, citing a person with direct knowledge of the situation who was granted anonymity, reported several days after the incident that Johnson had been diagnosed with acute myocarditis, which is a type of heart inflammation that can be fatal if untreated.

For months, scientists and doctors have been researching possible links between COVID-19 infections and increased risk of myocarditis.

Concern about the potential correlation was strong enough earlier in the pandemic that the Big Ten and Pac-12 initially decided not to play football last fall but eventually changed their minds, requiring extensive cardiac testing for any athlete who contracted COVID.

Other college conferences, including the SEC and ACC, require a battery of cardiac tests for recovered COVID patients but not the MRI. After Johnson’s incident, coaches and administrators throughout college sports were keen to understand whether his scare had been a result of COVID-19.

According to the Johnson family, the determination that the two weren’t related was made unanimously by experts both locally in Gainesville and across the country who reviewed his imaging and test results, including doctors from the University of Washington Center for Sports Cardiology, Harvard, Vanderbilt and Yale medical schools.

The study of COVID-19 and myocarditis is still evolving. A recent study from Vanderbilt published by the American Heart Association showed just 3 percent of athletes at the school that were studied had signs of myocarditis. But according to the study, those cases of would not have been diagnosed with normal screens like blood work, EKGs or echocardiograms and only showed up on the MRI.

“Our focus now is on Keyontae’s academics and continued recovery,” the statement said. “His resilience has been inspiring to watch. He will spend the rest of the season focused on being the best teammate he can be. What comes next for Keyontae is for him to share on his own timeline and using his voice.”