College football Week 9 roundup. 5 things that matter, winners, losers, overrated and underrated parts of the weekend and what it all means. 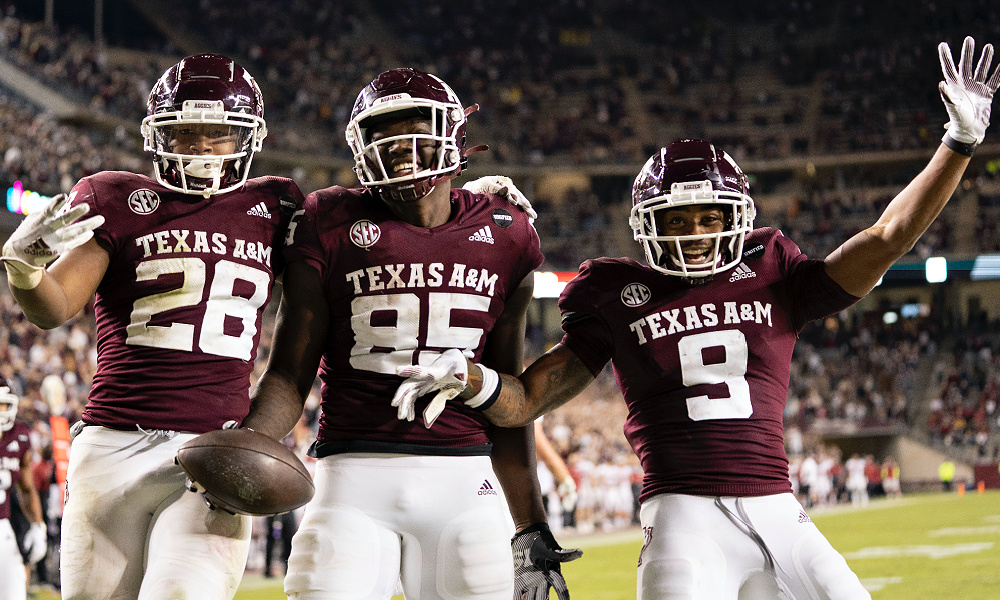 College football Week 9 roundup with the 5 things that matter, winners and losers, overrated and underrated parts of the weekend, and what it all means.

While big brother Tua was busy preparing for his first NFL start – a win over the Rams – Taulia pulled off an epic comeback 45-44 overtime win over Minnesota. He got past the miserable three-interception, 94-yard day in the blowout loss to Northwestern to completed 74% of his passes for 394 yards and three touchdowns, and he ran for two scores.

The Gophers were up 38-21 going into the fourth quarter and gave up 24 straight points before scoring a TD in overtime and losing on a missed extra point. After two games, 0-2 Minnesota – who finished third in the Big Ten last year in total defense allowing 307 yards per game – is dead last in the conference in total D by a mile.

48-of-55 (87%) for 594 yards and six touchdowns with no picks and a rushing touchdown in blowout wins over Nebraska and Penn State. That’s how you start a season for a team with national championship aspirations.

The five interceptions and 50% passing in the last two games from Stetson Bennett doesn’t help, but the offense as a whole hasn’t been good enough. This is a national championship-caliber team dealing with Florida this week, and it’s seventh in the SEC in total O.

The Hokies are the only Power Five team in the top nine in rushing yards per game averaging 291 every time out. They might have problems in shootout after shootout, but after taking off for five touchdowns in the win over Louisville, they’re 4-0 when running for 283 yards or more, and 0-2 when coming up with fewer.

Virginia Tech ran for 260 yards and four touchdowns. Florida State ripped off 241 yards and two scores, and last Saturday, Virginia cranked out 210 yards and three touchdowns. The Tar Heels were able to get by the Hokies, but they lost on the road to the Seminoles and Cavaliers.

The 6-2, 200-pound junior caught 44 passes for 649 yards and four touchdowns last year. In just two games he has 18 catches for 328 yards and two touchdowns after tearing up Wyoming on the mid-range plays and UNLV on the deep ones. He currently leads the nation with 164 receiving yards per game. Next up his Wolf Pack play …

There are several good parts to the Aggie offensive mix, and to be fair, they all had to work against Boise State and San Diego State over the first two games. However, the offense is the worst in college football by anyone with more than one game played – UMass is technically at the bottom – with just 418 yard and 20 points in the first two games.

He wasn’t expected to play against Georgia State, but he got the all-clear, and then he went off hitting 18-of-24 passes for 254 yards and four touchdowns with a rushing score in the 51-0 win.

And it’s not even close. Among teams that played more than one game, Memphis is dead last in the nation in pass defense allowing 406 yards per game. The second-worst? That Georgia State defense McCall just carved up, but it’s allowing 56 fewer passing yards per outing.

The 271 yards given up by the Tigers in the 49-10 loss to Cincinnati were the fewest allowed by the team all year, but Desmond Ridder averaged well over ten yards per throw with three touchdowns. Fortunately, the passing-challenged USF Bulls are up next.