The lack of understanding by Mike Tomlin on the slow starts is getting really old.

As someone who has spent the last decade doing his best to try and be fair and balanced when talking about Pittsburgh Steelers head coach Mike Tomlin, let me just say this season has been a challenge.

Not because of how the team has played. Up and down performances and inconsistent play is something we’ve all come to expect from this group well beyond just this season.

No, the frustration comes from the response of Tomlin. After the game against the Kansas City Chiefs, Tomlin spoke to the media about the team and was asked in a variety of ways why this team gets off to such slow starts. The press was giving Tomlin every opportunity to fall on his sword a little but Tomlin refused.

If the team is underperforming, that is a reflection of the coach. Missed tackles, blown blocking assignments, dropped passes, interceptions whatever it may be, ultimately trickles up to the head coach. Especially a coach like Tomlin who has a heavy hand in building the roster.

Ultimately we all know Tomlin’s job is safe even if the Steelers lose the next two games. But no matter what happens, don’t look for anything to change this season and maybe not even beyond that.

But I want to pass the question off to Steelers fans. Even if you have been a defender of Tomlin, where is your frustration with the lack of growth by this team, not just this week but all season? Let us know in the comments.

Najee Harris got a little defensive during his postgame interview on Sunday. 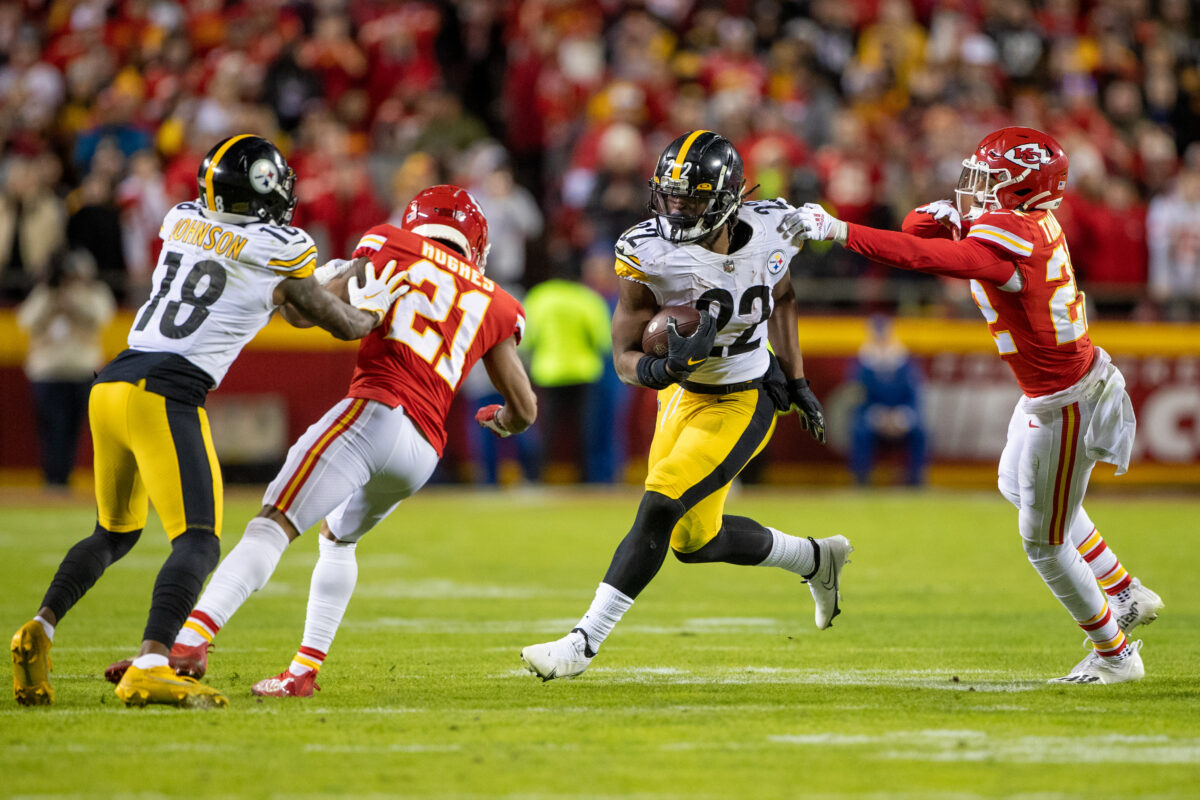 When Pittsburgh Steelers running back Najee Harris talked to the media on Sunday night after the team’s blowout loss to the Kansas City Chiefs, you could see the frustration on his face and in his voice. Harris came from the University of Alabama where they never lost and he had huge holes to run the football through. Playing behind the worst offensive line in the league has to be a shock to his system.

One thing Harris didn’t want to talk about on Sunday was the failed fourth-down try he was a part of. Despite the fact the Steelers had tried and failed with the toss play several times already on Sunday, offensive coordinator Matt Canada went back to the well on fourth down to a predictable outcome.

However, when he was asked about the play after the game, Harris bristled up and wasn’t going to talk about it. “I’m not answering that question,” Harris said.

I don’t blame Harris for avoiding the question but understand it has to be asked. Canada’s inability to properly match up the offensive scheme to the talent he has is a huge reason this team has struggled. Questionable playcalling is just the icing on the cake.

Matt Canada really doesn’t understand what his offensive roster can do and what they can’t do. 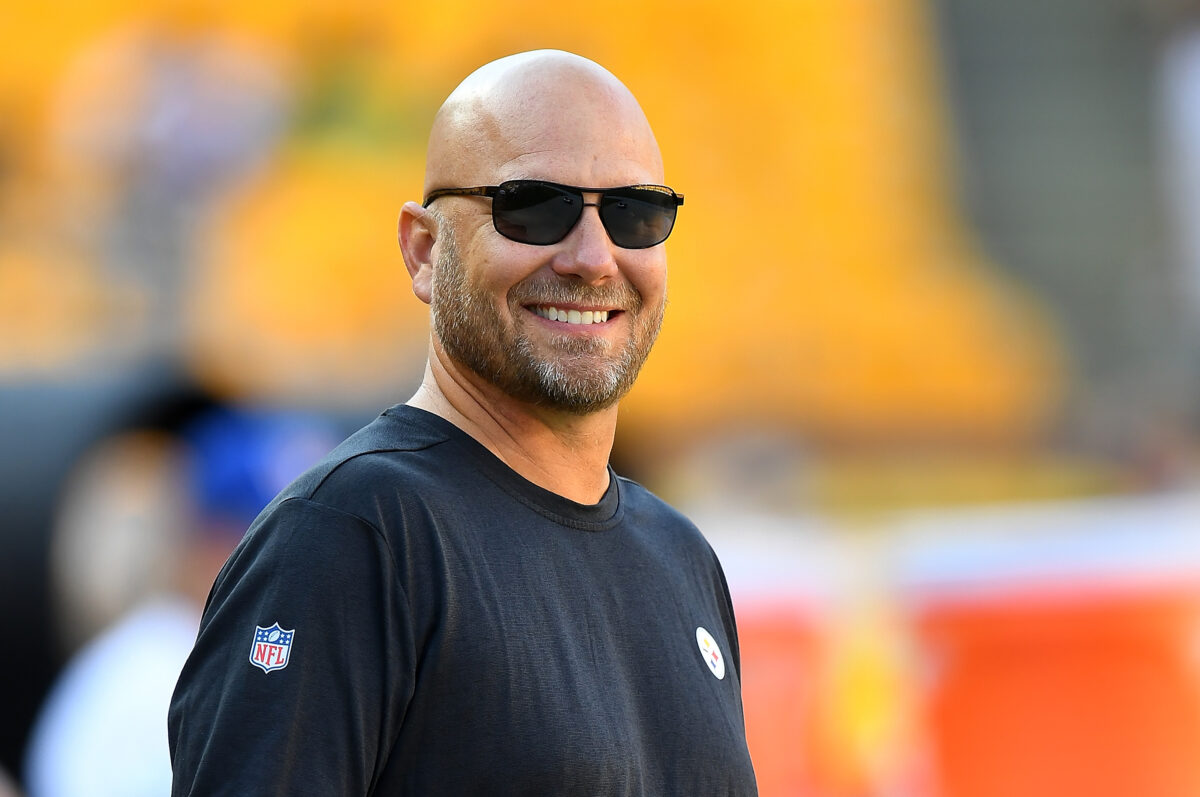 Watching the Pittsburgh Steelers offense can be frustrating. On Sunday it was infuriating. The Steelers got blown out by the Kansas City Chiefs this week and the offense was hamstrung by offensive coordinator Matt Canada who continues to be incapable of reading the room when it comes to what his team can do.

The first example of this on Sunday was Canada’s insistence on running to the outside with running back Najee Harris. First, Harris is not a speed back and cannot get the corner on those plays. But this is assuming he isn’t breaking tackles in the backfield. Which he was all game long. This is because the Steelers offensive line lacks the necessary athleticism to get out and block those sorts of plays properly.

We said in the past that Canada has tried to run a far too complicated run game for the level of talent along the offensive line. Rather than keeping blocking schemes simple, Canada wants to push things beyond what they are capable of and then seem shocked when it fails.

The same can be said for the passing game. The perfect example was late in the game when Canada called a fake double reverse that was supposed to turn into a pass play.

Asking an offensive line that can barely hold the point of attack for two seconds is suddenly going to be capable of maintaining blocks long enough for Ben Roethlisberger’s double sleight of hand in the backfield and still give him time to square up to the line and make a throw. This is the football example of slamming your hand in a door over and over hoping one of these times it won’t hurt.

At the end of the season head coach Mike Tomlin needs to take a close look at which coaches he wants to be hitched to his wagon as this team enters the post-Roethlisberger era.

Is Mike Tomlin hiding something about Watt’s injury? 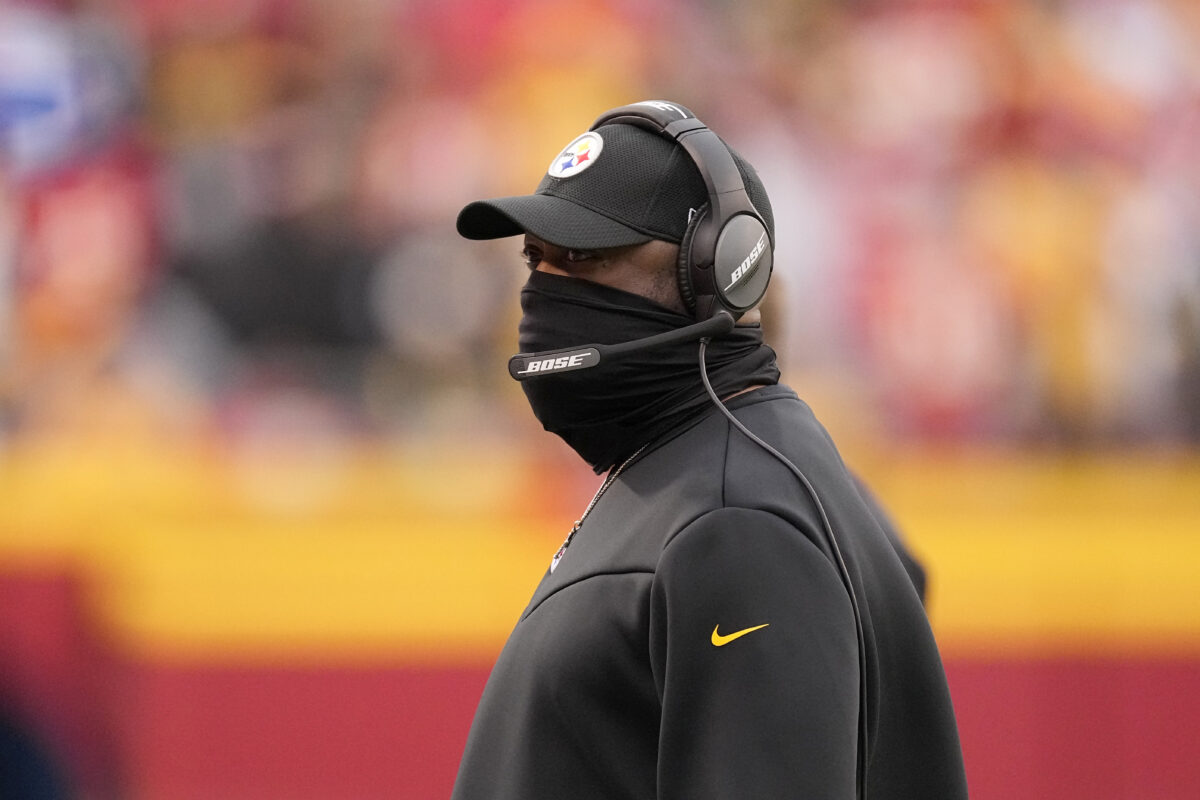 After the Pittsburgh Steelers humiliating 36-10 loss to the Kansas City Chiefs, head coach Mike Tomlin did as he always does and addressed the media. This week it felt like if he wasn’t contractually obligated to do so, he would have passed on the opportunity.

Especially when asked about the obvious rib injury Steelers linebacker T.J. Watt was dealing with. Tomlin dismissed the question about it being a problem for Watt and why he struggled and simply categorized it as minor. Watt did the same thing when he spoke to the press.

But all you had to do was watch the broadcast of the game and know this isn’t the case. Why be secretive? There’s nothing to be gained by not being forthcoming about whatever Watt is dealing with. It was reported early on Sunday morning Watt had cracked ribs and planned to play through them. This was an injury that never showed up on the Steelers injury report last week. 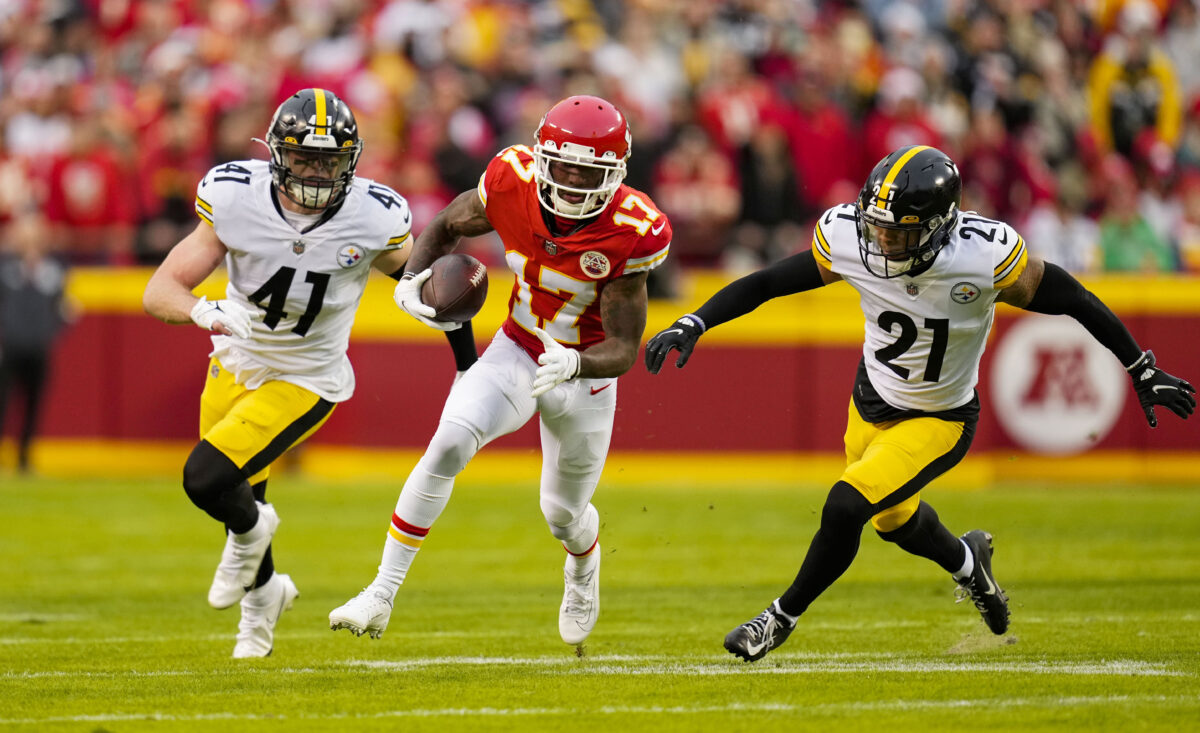 The Pittsburgh Steelers have been accused of giving up on games this season and on Sunday it looked like they gave up against the Kansas City Chiefs just before the opening kickoff. The Steelers showed no heart in Kansas City and walked out after the Chiefs handed them a 36-10 blowout loss.

Pittsburgh came into the game minus several key players but that is no excuse. The Chiefs were just as shorthanded but didn’t let that slow them down. The Steelers offense turned the football over three times and offensive coordinator Matt Canada got seriously outcoached.

On defense the Steelers had zero answers for what Kansas City did on the ground and through the air. It really felt like the defense went into the game knowing they had no chance and offered up very little resistance to what the Chiefs wanted to do.

The Steelers now sit in third place in the AFC North at 7-7-1 with two division games left to play. It is completely reasonable to assume if the Steelers can beat the Cleveland Browns and Baltimore Ravens, they would have a legitimate shot to still make the playoffs. But at this point, should that even be the goal?

Here are this week’s Pittsburgh inactives. 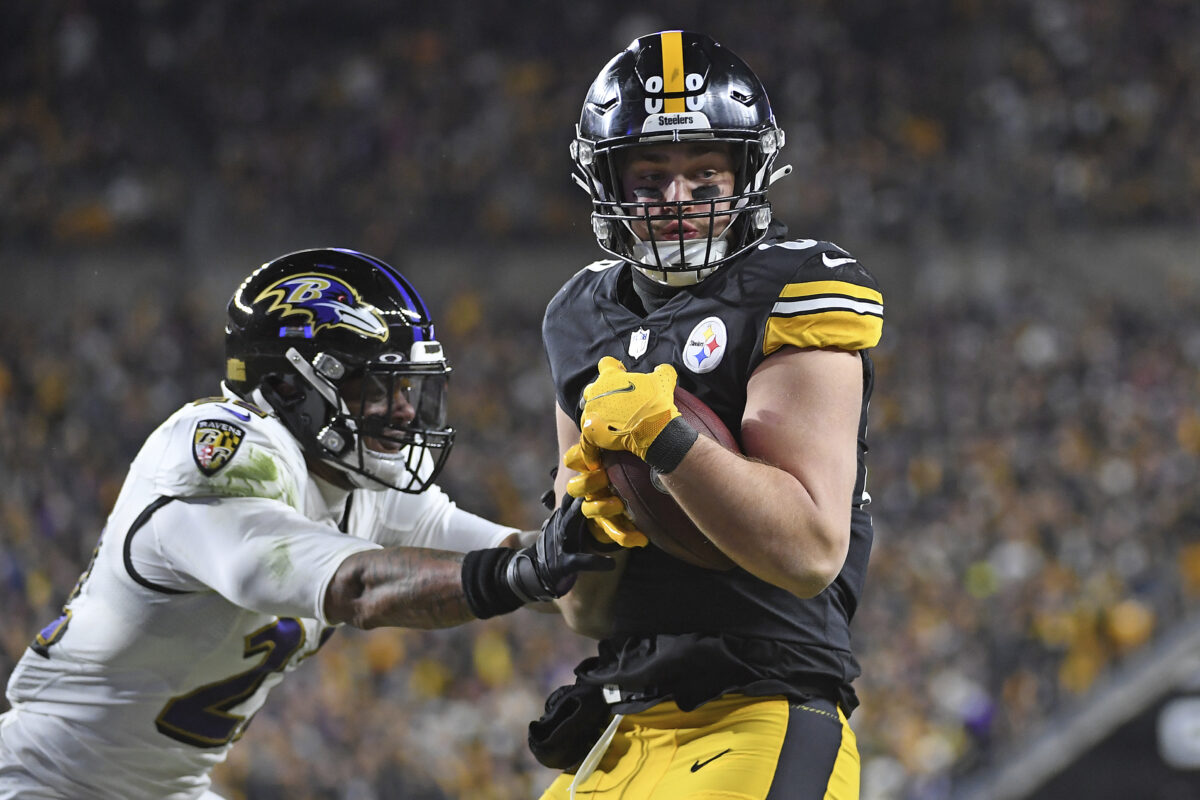 The Pittsburgh Steelers announced the inactives for this week’s game with the Kansas City Chiefs. The two big names of note are punter Pressley Harvin III and tight end Pat Freiermuth.

Harvin’s dad passed away on Christmas and so he’s currently with family. Pittsburgh added Corliss Whitman on Saturday to replace him and he will handle the punting duties. Whitman was in camp with the Steelers.

With Freiermuth out, it will be a combination of Zach Gentry and Kevin Rader at tight end. Look for them to serve more as blockers and the Steelers will utilize multiple wide receiver sets more to account for the loss of Freiermuth’s athleticism.

#Steelers Week 16 Inactives vs the #Chiefs at Arrowhead. Kickoff is at 4:25pm ET. #HereWeGo #PITvsKC pic.twitter.com/3NFAPg0dg3 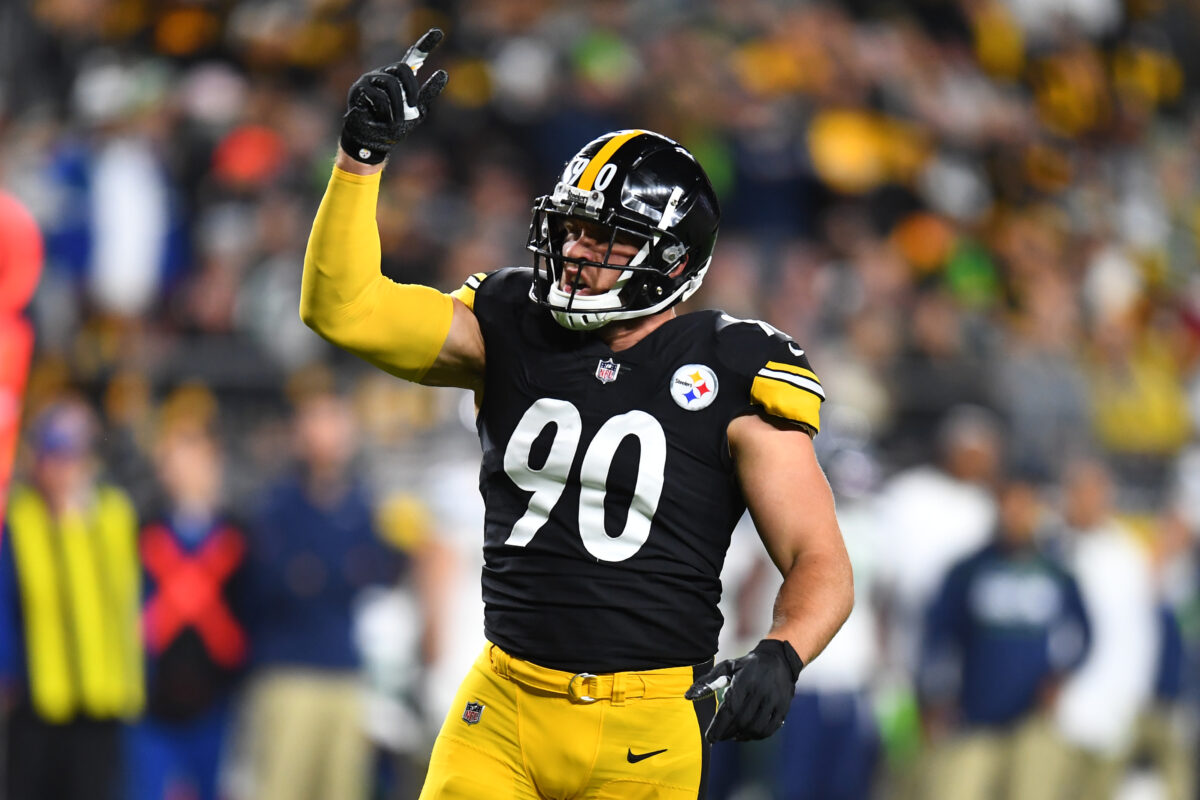 Orlando Brown will have his hands full trying to keep T.J. Watt from getting to Patrick Mahomes this afternoon.

“He’s an incredible player, man. T.J. is definitely one of the best,” Brown said in a press conference this week. “In my opinion, he should have been Defensive Player of the Year for the last two years, but Aaron Donald does what he does, too.”

Despite being in the conversation with Donald three of Watt’s four seasons, the Rams tackle has won DPOY.

The two-time Pro Bowl tackle knows well of what he speaks. Brown played three seasons for the Steelers division rival Baltimore Ravens before a blockbuster trade sent him west to Kansas City this offseason.

“T.J.’s an amazing player,” continued Brown. “He plays with an effort unknown to mankind. He’s very skilled at what he does, very precise with the way that he attacks your hands, and has a really good feel for the game of football. He’s somebody that very rarely are you able to keep him off a stat sheet. That’s not going to happen. I played him my first few years in the NFL, and he’s an amazing player.”

Defensive Player of the Year has not gone to a linebacker since Carolina Panthers’ Luke Kuechly won it in 2013.

The winner will be announced during the annual NFL Honors show on Feb. 10. 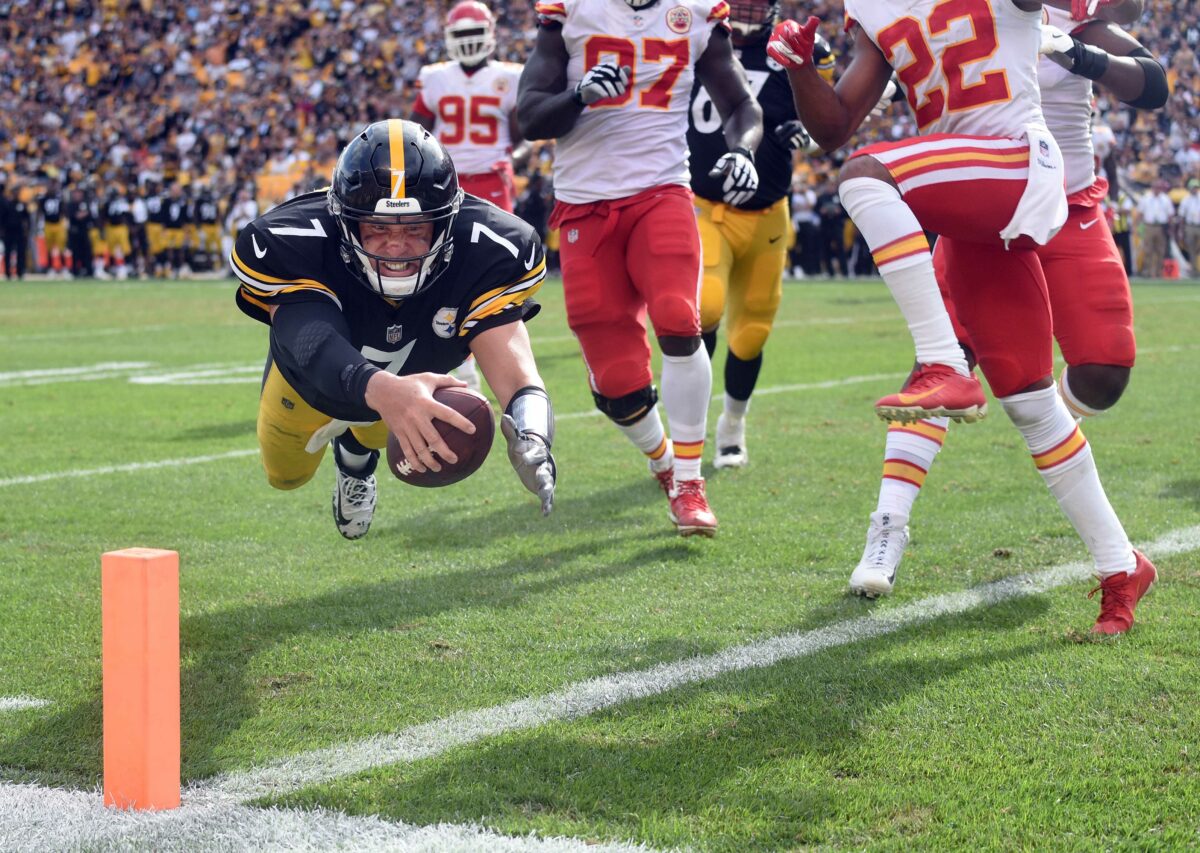 The Pittsburgh Steelers face another uphill battle in another must-win game, this time at (10-4) Kansas City Chiefs‘ Arrowhead Stadium.

Here’s what the Chiefs had to say about the Steelers in the week leading up to today’s game, courtesy of Steelers.com.

The DPOY candidate is dealing with two cracked ribs from last week’s tussle with the Titans. 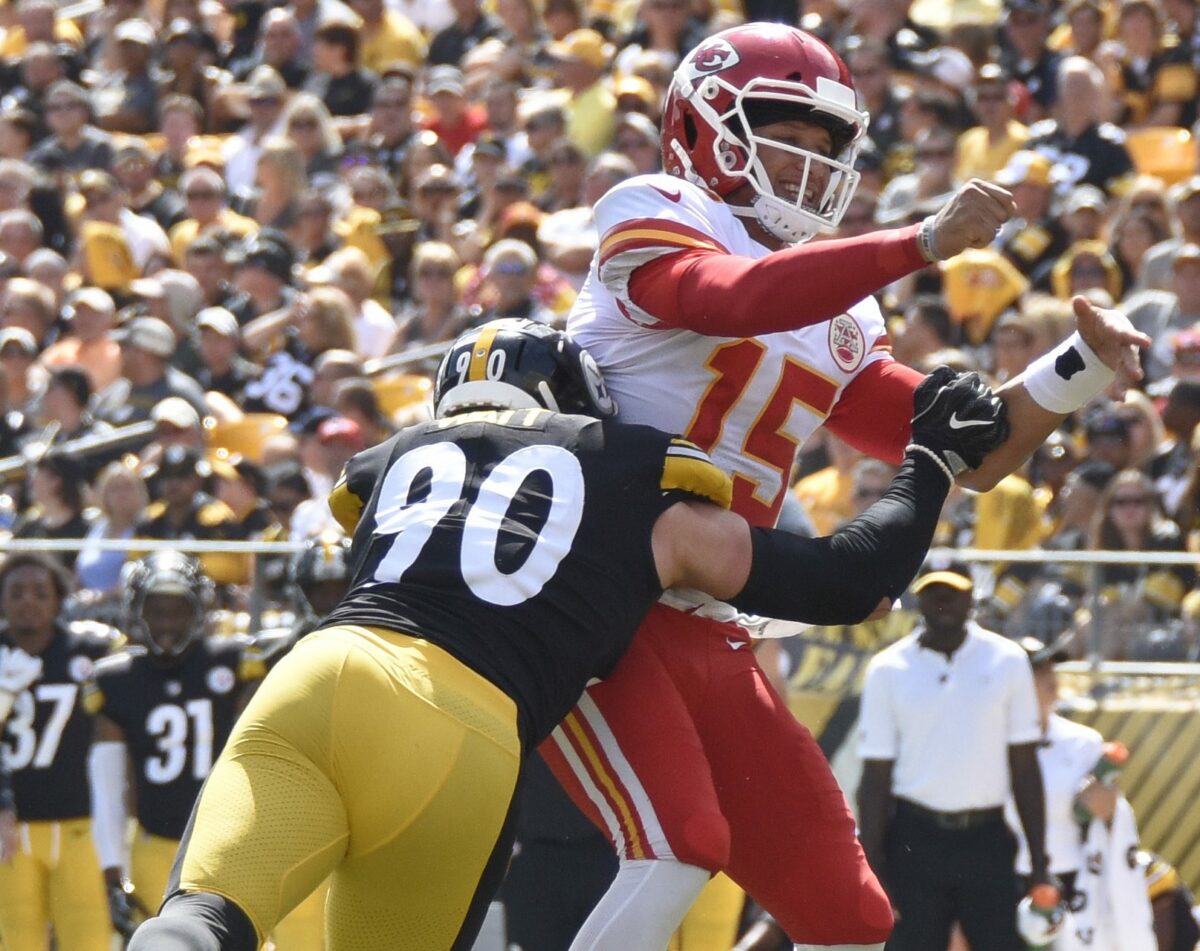 T.J. Watt is no stranger to playing through pain this season and this afternoon will be no different. Sources of NFL Network’s Ian Rapoport say that the Steelers linebacker will play versus the Kansas City Chiefs despite two cracked ribs.

Rapoport reported that Watt sustained the injury during the Titans game. Steelers head coach Mike Tomlin didn’t mention an injury to Watt during his weekly press conference on Tuesday, nor has he appeared on any injury report this week.

With previous groin, hip and knee issues, Watt has played through injury all season long. Still, he’s only missed two games, while reaching a career-high of 17.5 sacks in just 12 games.

Watt is the presumptive Defensive Player of the Year for 2021.

#Steelers star LB T.J. Watt will play vs. the #Chiefs despite a couple of cracked ribs, sources say.

Despite new, more lenient return-to-play guidelines for vaccinated players — of which Kelce is one — he remains on the Reserve/COVID-19 list. 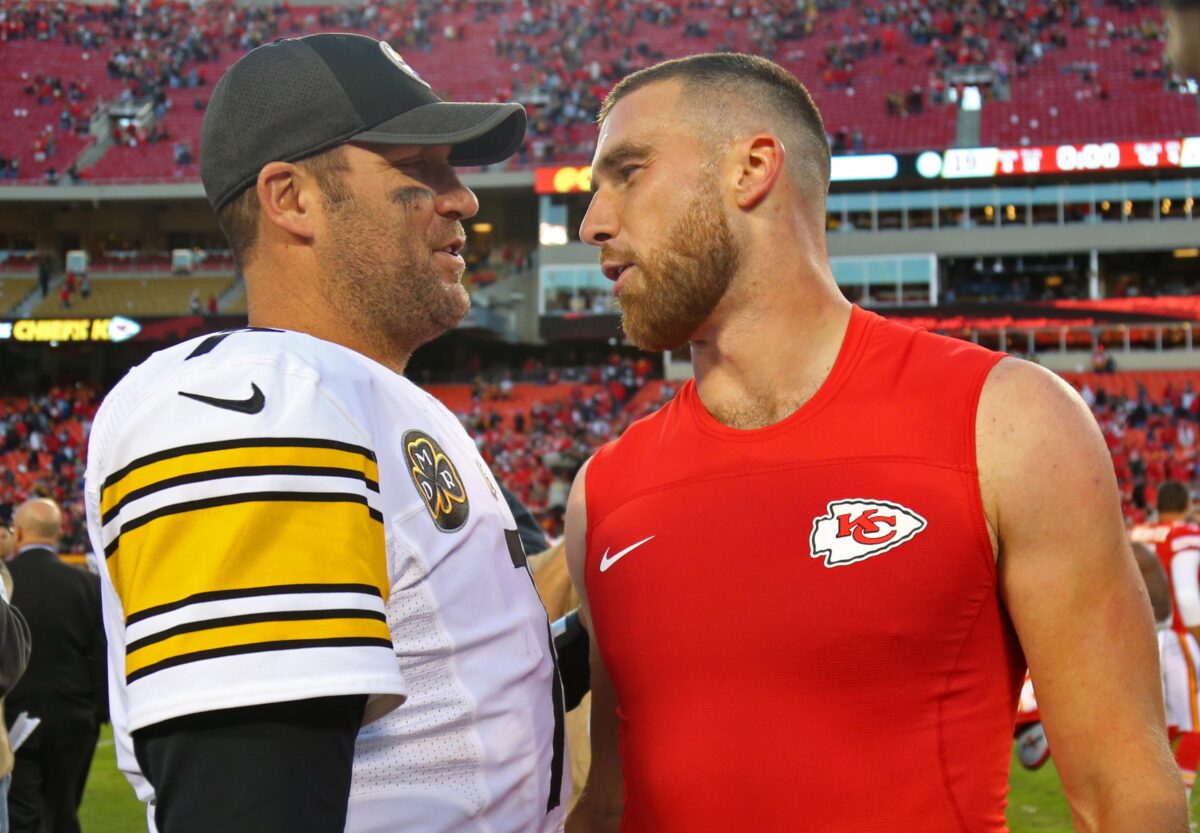 The Kansas City Chiefs will be without a key offensive component when they take on the Pittsburgh Steelers this afternoon.  According to several reports, Travis Kelce, placed on the Reserve/COVID-19 list on Tuesday, has not cleared protocols.

Despite new, more lenient return-to-play guidelines for vaccinated players — of which Kelce is one — he remains on the shelf for the sixth straight day.

Wide receiver Tyreek Hill landed on the Reserve/COVID-19 list the same day as Kelce but was cleared to play yesterday.

While Kelce is one of the best tight ends in the NFL, historically, the Steelers have kept him in check. According to Pro Football Focus, Pittsburgh is 2-3 versus Kelce, and he’s registered just 273 total yards or 54 per game.

Chiefs’ Pro-Bowl TE Travis Kelce did not clear protocols this morning and is out for today’s game vs. the Steelers, per source.